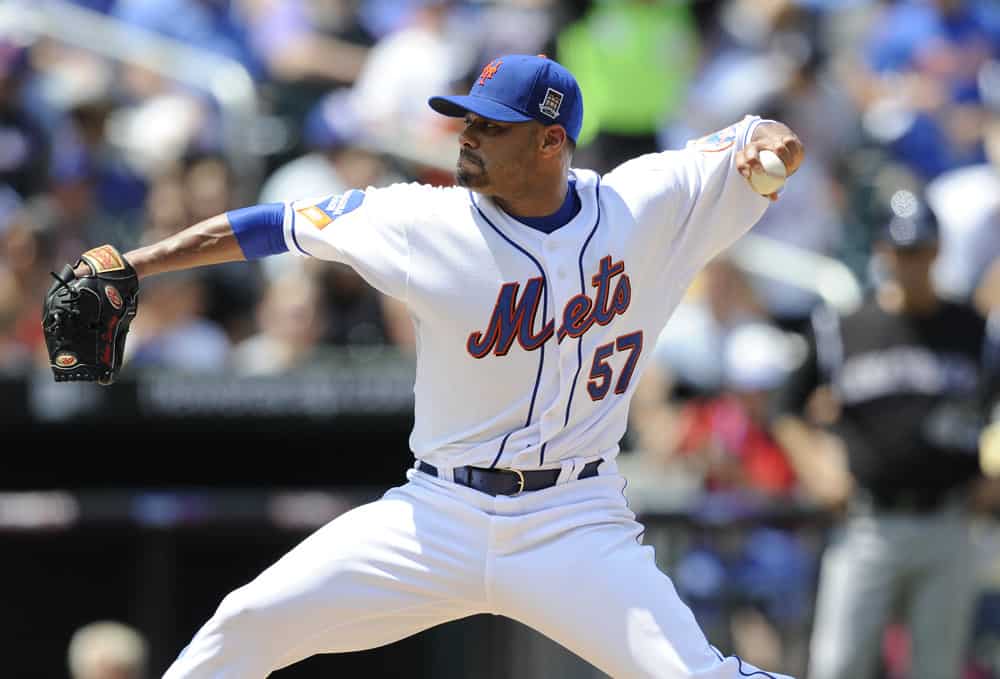 Former Minnesota Twins pitcher Johan Santana was once one of the most dominant aces in the MLB.

He went through a 10-year stretch that rivals some of the best in baseball history.

Santana was known for his finesse, featuring a fastball in the low-90s and a devastating circle changeup.

Because of this, he was able to keep hitters off-balance and post high strikeout numbers.

This is generally rare for someone who doesn’t sport much velocity.

However, Santana was able to get it done at a very high level until injuries derailed his career.

Here is a look at what happened to the left-hander, and where he is today.

Santana was signed by the Houston Astros when he was just 16 years old out of Venezuela.

In 1999, he was picked up as a Rule 5 draft selection by the Minnesota Twins.

He was just 19 when he joined the Twins, but he wasted little time in making his way to the majors.

Santana made his debut in 2001 as he appeared out of the bullpen.

Santana finally broke into the Twins rotation in 2002 with a part-time role, where he started 14 games and had just a 2.99 ERA.

He remained in that role during 2003, where he appeared in 45 games but started just 18.

However, 2004 was his statement year as he was fully welcomed into the Twins rotation.

Santana entered the starting rotation and quickly proved his worth.

This performance earned him a unanimous Cy Young award win and a sixth place MVP finish.

That season marked the start of a seven year stretch where Santana was consistently one of the league’s best.

He followed this up with a 2006 season where he led the league in wins, ERA, innings and strikeouts.

This led to his second Cy Young award in three seasons.

After another All-Star season, Santana left the Twins in a trade to the New York Mets prior to the 2008 season.

His first year in New York continued his dominance, as he posted a career best 2.53 ERA.

Though he played well the next season, it would mark the beginning of injury issues that ruined his career.

In 2009, Santana missed the final month of the season after having surgery to remove bone chips in his elbow.

The injuries continued in 2010 as he underwent surgery to repair a tear in his shoulder.

This forced him to miss the following year.

He returned for the 2012 season but continued missing time due to different injuries.

Santana did hurl a memorable no-hitter that season.

Seven years ago today, it was all @johansantana.

He tossed the first and only no-hitter in @Mets history. pic.twitter.com/8dkhl6vhLU

This would be his last time pitching in the majors.

He attempted to make some comebacks but suffered major injuries, including another tear in his shoulder and an Achilles tear.

It was a sad decline for a once dominant pitcher that was on a Hall of Fame trajectory.

Where Is He Now?

Since retiring, Santana has stayed away from the sport.

He was inducted into the Twins Hall of Fame in 2018, where his brilliance with the team was recognized.

A perfect father/son moment for @johansantana, the newest member of the #MNTwins Hall of Fame. pic.twitter.com/4oztonES3o

There were also still rumblings of him attempting a comeback.

However, this never came to fruition as he officially retired in 2018.

During his career, Santana started the Johan Santana Foundation.

The charity focuses on supporting and informing children and adults about different types of skin cancer.

They do this in both his home nation of Venezuela and the United States.

He became eligible to the elected to the MLB’s Hall of Fame in 2018 but was forced off the ballot after just one season.

Even being one of the most dominant pitchers of the 2000s, he earned just 2.4% of the vote.

He was a sad story of the impact that injuries can have on a career.

Regardless, his career is looked back upon by fans to be the best of his generation.