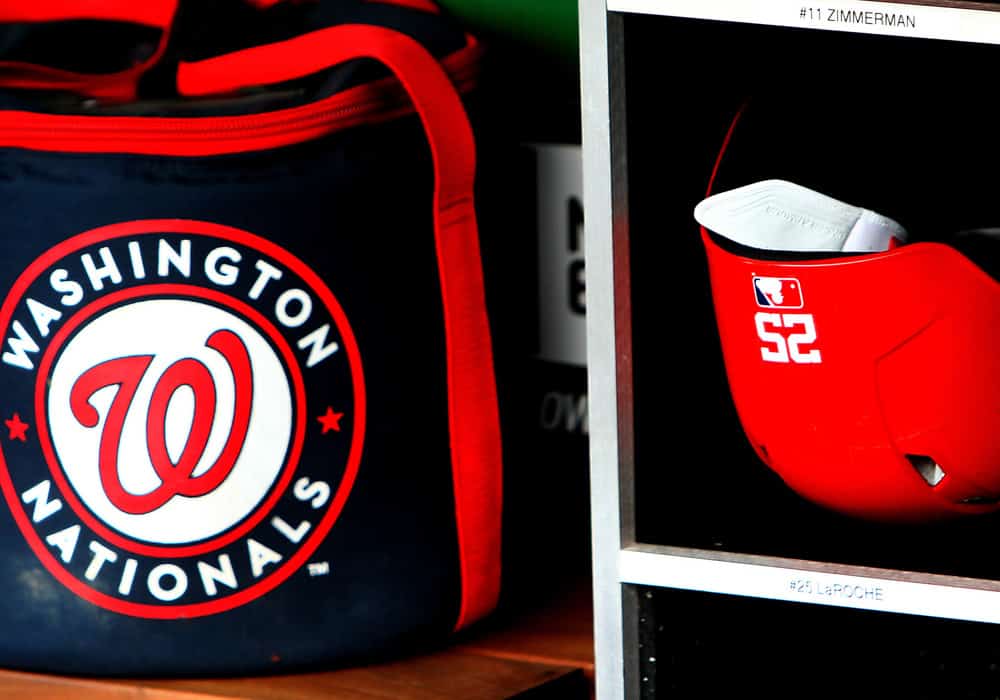 A year removed from winning the World Series, the Washington Nationals are looking to make it back to the pinnacle.

After a quietly strong offseason, the team may be ready to compete in the NL East this season.

Our favorites are sticking around! Star SS Trea Turner and slugger OF Juan Soto have both locked in contracts with the Nats for 2021 with significant pay raises. Looking forward to seeing these powerhouses do some work again this year and these pictures show just how we feel 🙌🏼 pic.twitter.com/eNc3ns5t8N

They bolstered an already strong lineup with some key offseason acquisitions.

Now, they project to have one of the best blends of offense and pitching in the MLB.

Here is a look at their projected lineup heading into 2021.

If the season were to start today, here is what the Nationals lineup would look like:

If each of these players perform as expected, the Nationals could have one of the most well-rounded lineups in the league.

Schwarber and Bell were their most notable additions this offseason.

The Nationals picked up Schwarber after he became a non-tendered free agent by the Chicago Cubs.

While he struggled in 2020, he has shown the ability to be a major power threat from the left side of the plate.

He could jumpstart his career in a new organization for 2021.

Bell was traded to the Nationals after he had a poor 2020 season.

However, the powerful first baseman is just a year removed from making the All-Star game.

The switch hitter slugged 37 home runs and posted a .277 batting average in 2019, numbers that could make a major difference for the team in 2021.

While he had just 8 home runs and a .226 batting average in 2020, Bell could be looking at a major rebound season.

On top of these additions, the Nationals already have one of the MLB’s best hitters in Juan Soto.

In 2020, Soto led the league in batting average and on-base percentage while also hitting 13 home runs.

If there’s one guy I feel robbed of seeing a full 162-game season of in 2020, it’s Juan Soto. pic.twitter.com/qLp2gjUm3Z

Shortstop Trea Turner also had a breakout season in 2020.

With these players, the Nationals have a strong offensive core.

In a full season, this could play out well in the Nationals’ favor.

However, this may not even be the strongest part of their team.

Between starting pitchers Max Scherzer, Stephen Strasburg and Patrick Corbin, the Nationals have one of the best rotations in baseball.

Each of them have ace potential and can carry a team on any given night.

However, the Nationals didn’t rest with just them.

They signed veteran lefty Jon Lester to a one-year deal.

Lester brings even more championship pedigree to a team that already has more than enough.

This sets their starting rotation up to once again be one of the MLB’s best.

Their bullpen doesn’t fall far behind either as it has gotten even better since last year.

Their returning core of Will Harris, Daniel Hudson and Tanner Rainey have all shown the potential to be a solid option in the back of the bullpen.

However, another big move this offseason came when they signed closer Brad Hand.

Last season, Hand was one of the most dominant relieves in the league.

After joining the Nationals, he provides them with the potentially dominant bullpen arm that they needed to be competitive.

With all of their offseason additions, the Nationals have quietly put together a solid roster.

They don’t have any glaring holes anywhere on the field.

This will bode well for them as the NL East has quickly become one of the more competitive divisions in the MLB.

Between their deep starting lineup and strong pitching staff, look for the Nationals to make a statement in 2021.

Yankees Thank A Special Family For Their Support