You are here: Home / Sports / NBA / Three NBA Icons Have Had A Shocking Season So Far 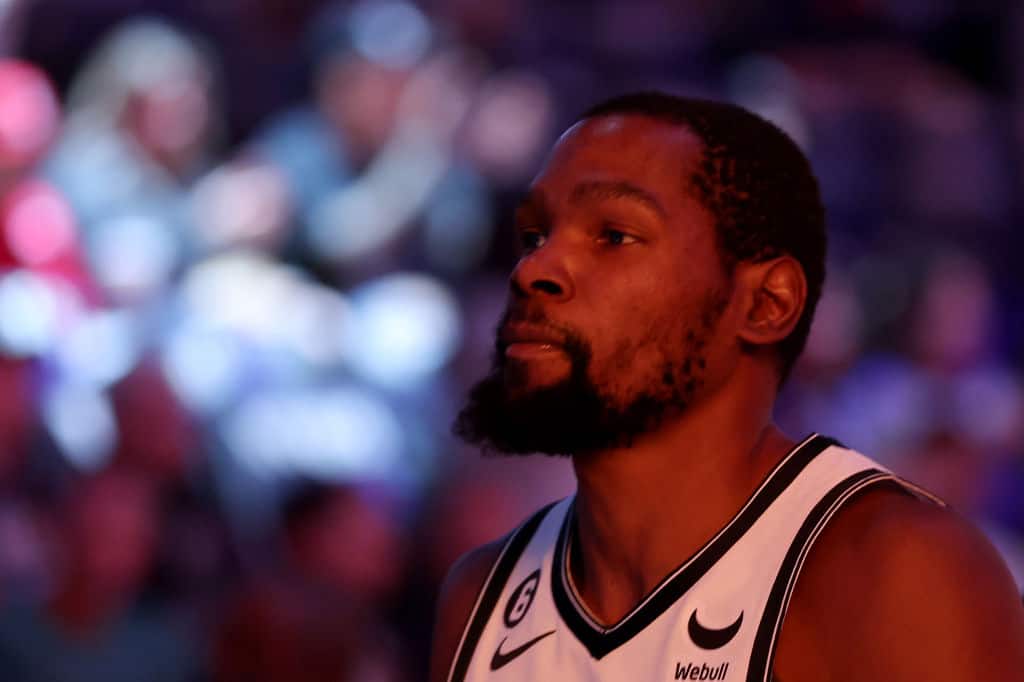 Stephen Curry of the Golden State Warriors, LeBron James of the Los Angeles Lakers, and Kevin Durant of the Brooklyn Nets are three of the best basketball players alive.

In fact, they are three of the best basketball players of all time.

You can say what you want about each athlete but their greatness cannot be disputed.

Between these men, there are dozens of trophies, accolades, and NBA Finals victories.

But right now, each man is playing for teams that would be lucky to make the playoffs, let alone the Finals.

Imagine a world where Steph, LeBron and KD all start the season with a .400 or less win pct 😳 pic.twitter.com/WBTpQKMbCv

The Warriors have a 6-9 record right now, as do the Nets, while the Lakers are suffering with just 3-10.

This just goes to show how great and competitive the NBA is, and how the new class of players might be surpassing the older generation.

Will any of these teams bounce back?

Most people excepted the Lakers to struggle this season but everyone is still shocked by their dismal 3-10 record.

As for the Warriors and Nets, this downfall is a bit more surprising.

That is especially true for the Warriors, who won the Finals last season and seemed to only improve their roster in some important ways during the summer.

The return of some key players, such as Jordan Poole and James Wiseman, promised brighter days ahead.

But aside from Curry, every player on the team has been inconsistent at times, leading to the team’s surprising record (including 0-8 on the road).

Many people thought the Warriors would be in the running for the Finals again this season but that doesn’t seem likely, at least not right now.

Which of these teams is most likely to turn things around and get better?

The Mavericks Just Had A Big Accomplishment

The Knicks Are Looking To Make A Big Move

The Lakers Will Be Short-Handed Against The Raptors

Nuggets Star Is Finding His Footing

The Celtics Are Celebrating An Icon

The Cavaliers Backcourt Is Really Working Out

NBA Legend Gets Brutally Honest About The Heat

The Suns Get Great News Ahead Of A Huge Game

Are The Kings Legitimate Playoff Contenders?

Jayson Tatum Says Being In MVP Race Is ‘Surreal’

Thunder Star Is Scoring When It Counts Most

The Celtics' Master Plan Is Coming Together

Kawhi Leonard Came Back To The Clippers On Monday

Three NBA Icons Have Had A Shocking Season So Far