You are here: Home / Sports / NBA / The Lakers May Not Be Title Contenders After All 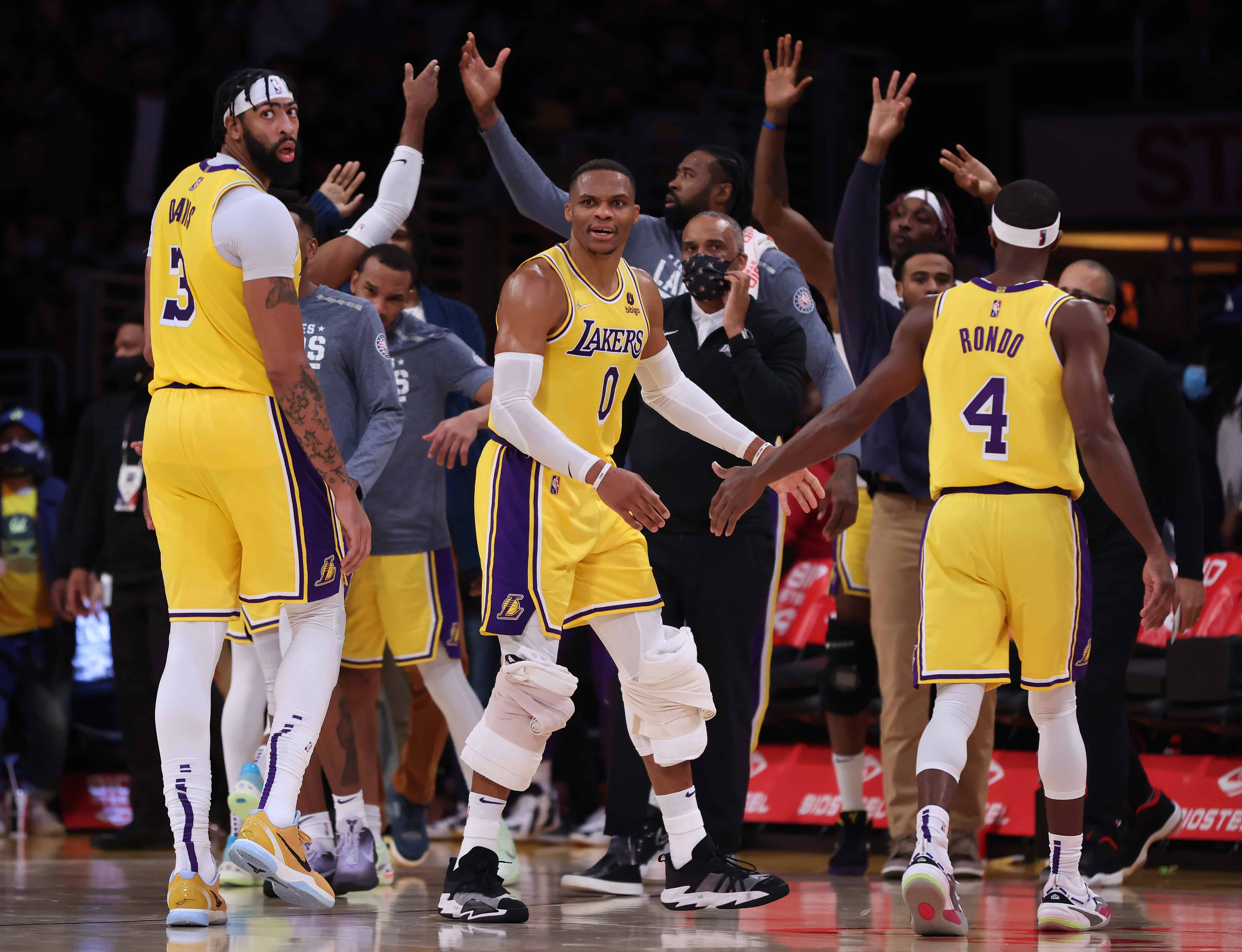 The Los Angeles Lakers had a lot to prove this season.

When they signed some major players, such as Russell Westbrook and Carmelo Anthony, they were sending a message that they expected to be title contenders again.

However, after more than a month into the new season, the Lakers are not playing like title contenders; it’s questionable if they’ll even go far in the playoffs.

There is still time to turn things around but right now it would be shocking to see the Lakers in the Finals.

They Still Aren’t Working As A Unit

Many people didn’t truly understand why the team traded for Westbrook when it seemed like he wouldn’t fit into Lakers rotation.

Westbrook is known for being a ball-handler who calls and makes plays but the Lakers already had that with multiple players, including the best in the league: LeBron James.

Since the new season started, the Lakers haven’t been working cohesively.

It has looked more like a group of kids who haven’t adjusted to playing with one another and has created terrible inconsistency and turnovers while being outplayed and outsmarted by the competition.

There was no bigger sign of the fractured team dynamic than when Anthony Davis and Dwight Howard literally got into it in the middle of a game.

Anthony Davis and Dwight Howard got into it and had to be separated by their Lakers teammates 😳pic.twitter.com/fyfxBtf0oO

There is literally no way a team can make it to the Finals if they aren’t playing as a unit, let alone openly fighting with one another.

Their Defense Is Awful

Currently, they are now 15th in the NBA.

The defensive woes of the team have been talked about nonstop this season but it’s hard to ignore just how poor they’ve been when protecting the rim.

At their best, the Lakers have been middling but at their worst, they’ve been downright embarrassing.

Plays like this one against the Kings have happened again and again this season.

At this point Lakers’ defense is not bad, it is just atrocious pic.twitter.com/cIfx1xDNE4

Sometimes it looks like no one knows their roles on defense, leaving multiple lanes wide open and several opponents primed for clean shots.

Some people say the lacking defense is because the team is older than the rest of the league and just can’t keep up with the younger players.

Regardless of the cause, coach Frank Vogel needs to solve this problem as soon as possible because the team is just giving away points left and right.

To be fair, they are getting better but they have a long way to go before they are even close to their competition.

The Western Conference Is Stacked

Speaking of their competition, the Lakers are currently residing in one of the best Western Conferences in years.

Both the Golden State Warriors and Phoenix Suns are breaking records.

Meanwhile, the Utah Jazz, Dallas Mavericks, Los Angeles Clippers, and Denver Nuggets are all formidable too.

Even if the Lakers continue to greatly improve, they will have to become better than all of these teams if they wish to claim another title.

So far, they don’t have an answer for Chris Paul, Steph Curry, or any number of other stars in the West.

The biggest problem the Lakers are facing is that they aren’t doing their best at the exact moment that so many other teams in the West are.

The Lakers May Not Be Title Contenders After All