You are here: Home / Sports / NBA / The Lakers Are Giving The Pelicans A Huge Advantage 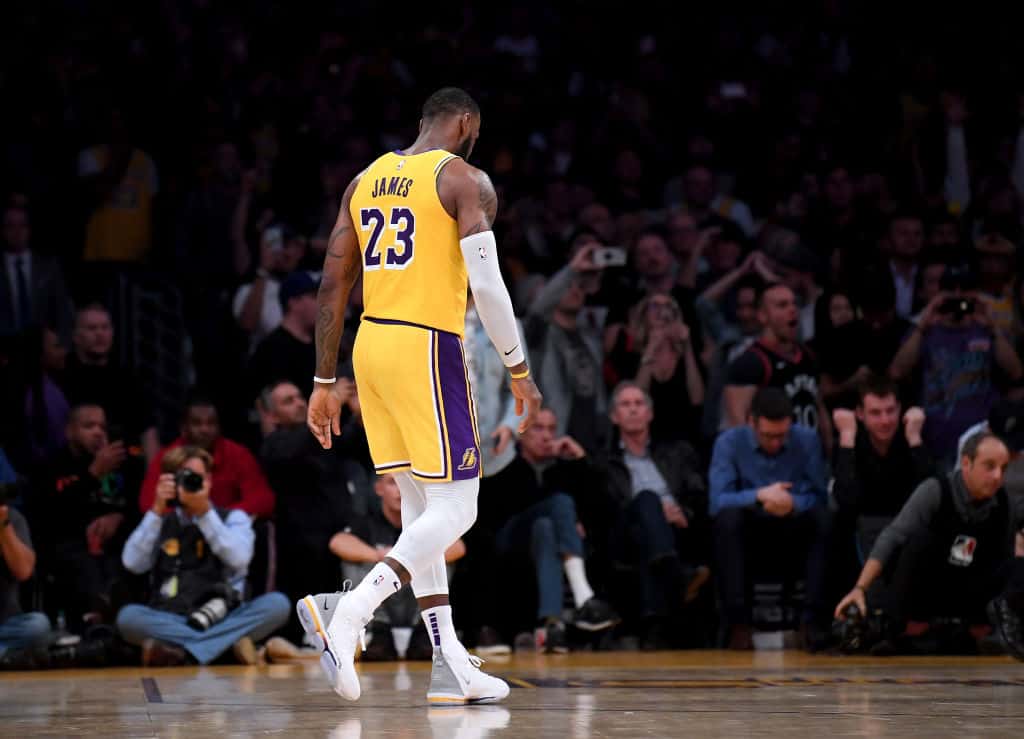 To say that the Los Angeles Lakers are having a bad season is the understatement of the century.

The team now has a 2-10 record, their worst start in years and light years away from where they wanted to be at this point.

The idea of making the Finals is all-but-impossible even at this early point in the year.

Even making the play-in tournament feels like a very long shot.

For any other team, it would be time to just throw in the towel and tank, hoping for a good draft pick to come all of this.

That isn’t the case for the Lakers, who traded away their upcoming 2023 draft pick to the New Orleans Pelicans a few years ago to acquire Anthony Davis.

The Lakers are 2-10, which means the Pelicans currently have the top draft lottery odds for Victor Wembanyama. pic.twitter.com/W5t6hTF1xa

Because of this and their dreadful record, NBA writer Kevin O’Connor made the good point that the Pelicans now have the top draft pick lottery odds of landing French superstar-in-the-making Victor Wembanyama.

The Lakers will rank high in the draft if they continue to be so bad but that pick will then be given to the Pels, who have the clearest path to getting Wembanyama.

If that were to happen, it would make this season for the Lakers all the more painful.

Wembanyama is being called the best draft prospect that the NBA has seen since LeBron James.

Ironically, it looks like he will not be able to play alongside the man to who he is being compared because the Lakers have no chance of getting him.

A lot can change between now and the lottery – the Pelicans might not be the team that gets the top pick.

But right now, New Orleans has a very good chance and they have no one to thank but the Lakers.

The Suns-Lakers Game Could Be Missing Two Key Superstars

2 Bold Predictions For The Lakers This Season

The Lakers Might Be Getting More Help This Week

The Lakers Got A Glimpse Of Vintage Anthony Davis

The Lakers May Be Targeting A Three-Time All-Star

Is It Time for the Lakers to Trade Anthony Davis?

The Lakers Give An Update On LeBron James

The Lakers Might Be Biding Their Time For The Right Trade

Kendrick Nunn Isn't Giving The Lakers What They Need

The Lakers Are Giving The Pelicans A Huge Advantage