You are here: Home / Sports / MLB / Should Gary Sheffield Be In The Hall Of Fame? (Breakdown) 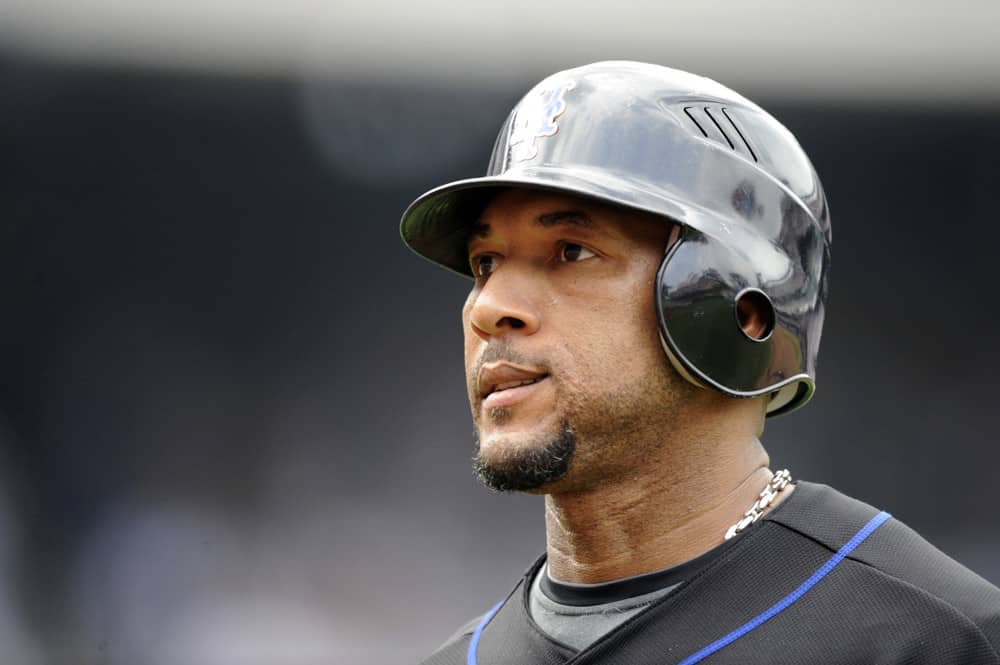 Many fans remember former New York Yankees player Gary Sheffield for his twitching bat while he imposingly stood in the batter’s box.

He was an utter threat to pitchers in the league, being a consistent producer throughout his 22-year career.

“Every time I ever stepped into a batter’s box, I wanted to destroy whoever was on the mound,” Sheffield said in a piece in the Player’s Tribune. “In my mind, that guy was trying to take food off my table and I would bite them if it meant me getting a hit.”

In an era that laid witness to some of the greatest hitting performances ever seen, Sheffield was both one of the best and most durable.

However, Sheffield still hasn’t gotten much Hall of Fame buzz.

Here is a breakdown of Sheffield’s career, if he deserves a spot in Cooperstown and some reasons why he isn’t there yet.

Sheffield had a long and successful career.

He also had one of the most memorable swings that fans who got to watch him will always remember.

Just look at how iconic it was:

Gary Sheffield's batting stance was one of a kind 🤣

However, he didn’t just have a swing as he put up the stats to back the swagger he played with up.

This was good for his first All-Star appearance and a third-place finish in the MVP voting.

It wasn’t just a one-time anomaly either.

In eight of these 11 years, he posted a batting average above .300.

For 10 of those same seasons, he also had at least 20 home runs.

This was a level of consistency that gave Sheffield great career stats.

While he was never able to win an MVP award, he finished in the top-10 six times.

This included a stretch from 2003-2005 where he had a third and second place finish.

An All-Star each of these years, the fewest home runs he hit was 34.

That's it, that's the tweet.pic.twitter.com/Uk3lnNBQBF

He further proved how much of a threat he was at the plate, showing why his offensive stats suggest he is a Hall of Famer.

Compared to prior voting sessions, Sheffield earned a much large portion of the vote in 2020.

While the statistics show him as one of the top five hitters from his era, his poor HOF voting performances highlights some flaws in his resumé.

There are a few reasons for this.

The most obvious is his reported performance enhancing drug use via the BALCO scandal.

So far, we haven’t seen much forgiveness for players who had their names heavily included with PED rumors, most notably with Barry Bonds and Roger Clemens.

On top of this, Sheffield was an awful defensive player throughout his career.

In fact, he has a defensive WAR of -27.7, which really takes away from his candidacy.

If he were even an average defender, he would be well within the HOF WAR average at his position, rather than below it.

Finally, while he did compile 509 career home runs, this just isn’t that impressive anymore.

There was a time where the 500-home run club was glorified, but it just isn’t anymore.

Because of this, he hasn’t quite won the hearts of the writers yet.

Does Sheffield Belong In The Hall Of Fame?

This is a difficult question.

He falls directly on the HOF border, with a resumé that certainly could make it.

Some writers are beginning to add him to their ballot.

However, there are reasons that drag him down and detract from his overall case.

Because of these, I don’t think he will make it into Cooperstown before his available time on the ballot runs out.

He is sitting directly in the Hall of Really Good.

For me, his defensive shortcomings are hard to ignore and they really hurt his case.

He could, however, certainly become an Era Committee selection once his legacy in the sport becomes more apparent.

Fans remember his talent fondly, and he does have the potential of making it to Cooperstown one day.

Should Gary Sheffield Be In The Hall Of Fame? (Breakdown)