You are here: Home / Sports / NBA / Shaq Calls Steph Curry ‘The Best Player In The World’

People had always regarded him as a special player and the league’s greatest outside shooter ever, but no one thought that highly of him as far as being the best player in the world or one of the greatest ever.

But after winning his fourth championship and first Finals MVP award, people are starting to look at Curry in a new and even better light.

One of those people is Shaquille O’Neal, himself one of the biggest legends in the game’s history.

On a recent episode of his podcast “The Big Podcast With Shaq,” he said the Warriors are big favorites to win another ring because, in his eyes, Curry is the best player in the game.

Thank you @SHAQ for the deserved @StephenCurry30 love. His cohost is sitting there shaking her head at the notion Steph is the greatest player in the game. 🤦🏻‍♂️ pic.twitter.com/nmhFZR2ezg

“The real ones are recognized by the championships that you have,” O’Neal elaborated. “Nobody plays better than Steph Curry. He’s a tough shot taker, tough shot maker. I like where he’s brought his career.”

Curry may not be the consensus best player in basketball, but he has at least entered the conversation, and he is finally getting the recognition he has long deserved.

Early in his career, Curry was a very good player, but he didn’t make the All-Star team until his fifth season, and he was also seen as injury-prone.

Under head coach Mark Jackson from 2011 to 2014, the Warriors were a solid team, but Jackson’s outdated slow-paced, stagnant offense held back not only the team, but also Curry himself.

When Steve Kerr took over as coach for the 2014-15 season, he unleashed Curry, not just as a shot-maker, but also as someone who works hard without the ball to get good shots off passes from teammates.

His numbers didn’t really increase compared to the year prior, but the Warriors zoomed from 51 to 67 wins, mostly because they went from 12th to second in offensive rating and seventh to first in assists.

For his role in helping Golden State finish with the league’s best record, Curry won his first league MVP award.

Although the Warriors won the NBA championship that June with Curry averaging 26.0 points on 44.3 percent overall shooting and 38.5 percent shooting from 3-point range, the series MVP went to Andre Iguodala.

Iguodala came off the bench all season, but Kerr moved him into the starting lineup for Game 4, and since it turned the championship series around, voters couldn’t resist such a narrative.

The next year, the Warriors won 73 games, an all-time record, but Curry played poorly as they blew a 3-1 series lead in the Finals to the Cleveland Cavaliers.

Golden State won the next two titles, but he was overshadowed by Kevin Durant, who was its best player at the time.

Critics charged that Curry wasn’t clutch, that he was soft and that he couldn’t carry a team to big playoff wins or a championship.

But this past year, he silenced all those critics, especially by putting up 43 points and 10 rebounds as the Warriors tied the Finals at two games apiece on the road versus the Boston Celtics.

In the Game 6 clincher, Curry had 34 points, seven rebounds, and seven assists to clinch the series MVP award.

This time, there was no Durant and no feel-good narrative about a role player teammate to prevent Curry from getting his flowers.

Finally, nothing is getting in the way of seeing his full brilliance, and it is a sublime and unique sight indeed. 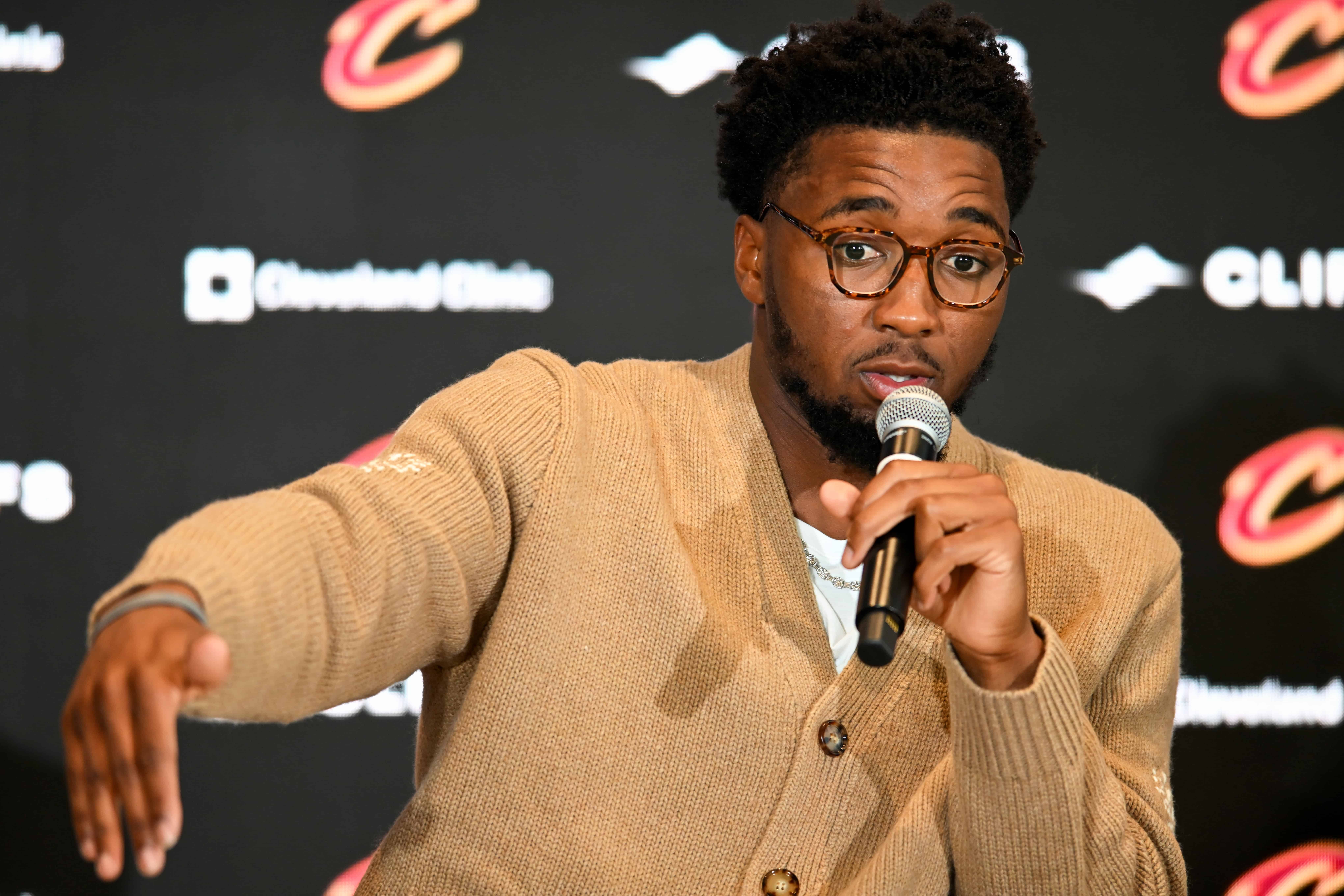 J.B. Bickerstaff Has An Interesting Plan For Donovan Mitchell

The Nets Celebrates Their Biggest Star

Shaq Calls Steph Curry 'The Best Player In The World'