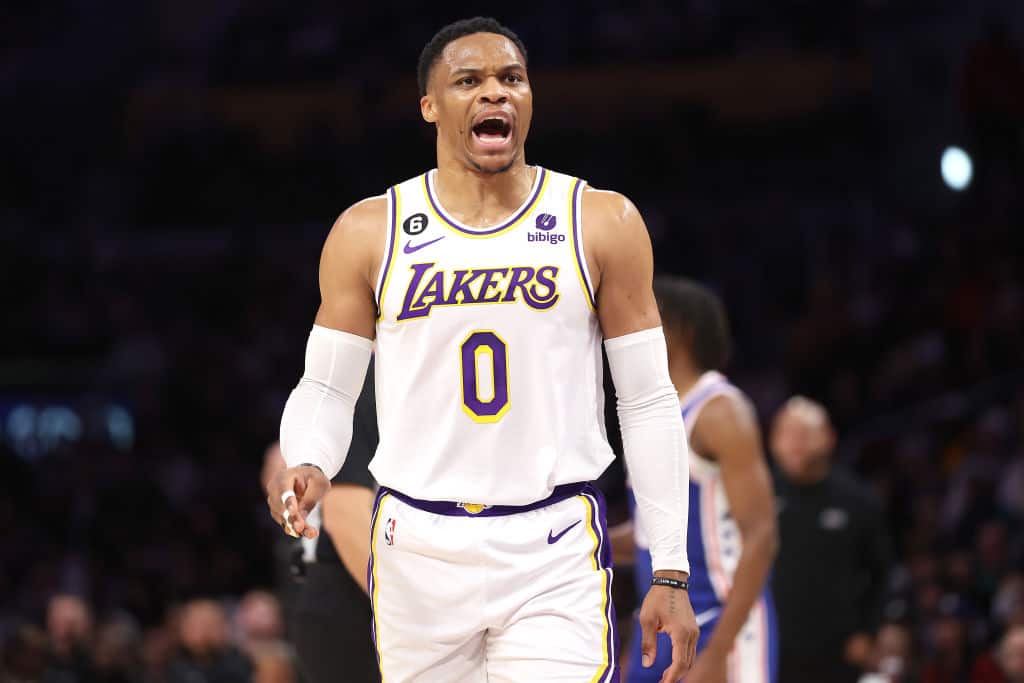 It appeared as if the Los Angeles Lakers could pull off a win in the closing seconds of their Sunday night game against the Philadelphia 76ers.

After the 76ers missed a two-point shot, Joel Embiid and his team were only up by one single point.

As Russell Westbrook raced down the court, the 113-112 score favoring Philly seemed to be in danger.

But then Westbrook tried to make his way into the paint and put up an easy layup, a layup that didn’t convert into two points.

Therefore, the Lakers experienced another tough, tight loss and fans of the team were furious at Westbrook and head coach Darvin Ham.

Russell Westbrook for the win… pic.twitter.com/b20ufOJ2kC

When rewatching the final possession, many questions might pop up.

Most notably, why didn’t Ham call a timeout and let the team get itself together and figure out a more formative play than letting Westbrook go up against Embiid?

Following the game, the picture became a bit more clear as Westbrook and fans said that Embiid actually grabbed Westbrook’s arm as he made his way to the basket.

Westbrook thought he was going to hear a whistle and get two free throws, but the whistle never came.

Regardless of what happened, followers of the Lakers are not very happy.

The most concerning thing about Sunday night’s loss is that few people have confidence a situation just like it won’t pop up again in the next few months.

It has become clear that the Lakers cannot be counted on in the final seconds of a game.