You are here: Home / Sports / NFL / Indianapolis Colts Rumors And News (Updated Daily) / Nick Hardwick On Rivers: “He’s The Toughest Human Being That I’ve Been Around” 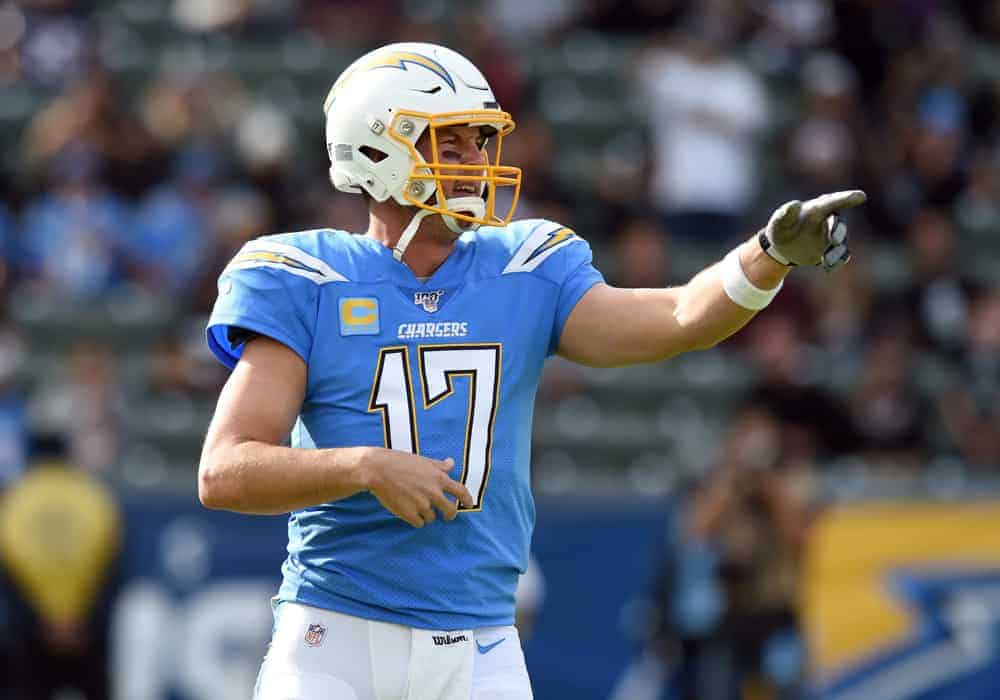 Philip Rivers, who is entering his 15th NFL season as a starter, has been an ironman during his professional career.

Rivers enters his first year with the Indianapolis Colts after having played 16 regular-season games in each of his previous 14 NFL years.

During his lengthy career on the West Coast, the majority of Rivers snaps came from Pro Bowl center Nick Hardwick.

Hardwick went on Indianapolis’ 1075 The Fan’s “The Last Word” and praised Rivers in many ways, including his toughness:

“He’s the toughest human being that I’ve been around … If he were 50 pounds heavier he would’ve been a Hall of Fame offensive lineman — that’s how tough that guy is.”

How are Hardwick and Rivers Connected?

Hardwick, who went to high school at Lawrence North High School in Indianapolis, Indiana, did not play football in high school.

He was a high school wrestler before restarting his football career in college.

Although Hardwick had not played football since ninth grade, fellow Boilermaker and future teammate Drew Brees inspired him.

In 2001, the Chargers drafted Brees 32nd overall, and Hardwick began his football career with Purdue as a walk-on.

While Hardwick played for Purdue, the team went 22-16 and made it to three bowl games in three years.

Coincidentally, in 2004, the Chargers selected Rivers out of North Carolina State and Hardwick in the same draft.

For football teams, a situation like this is a match made in heaven because Hardwick learned with Brees under center.

The Chargers could not come to a contract agreement with 2003 starting center Jason Ball, so Hardwick started 27 games during his first two NFL seasons.

The choice to move to Rivers in 2006 was originally a great one because of the 14-2 regular season, but the Chargers fell, 24-21, in the divisional round of the playoffs.

On PFT Live, Nick Hardwick said Philip Rivers had half of his meniscus removed so he could play with torn ACL in 2007.

Hardwick, who had just 20 penalties over 136 games, started all of his games in front of Rivers.

The center’s final full season was 2013 because he suffered a career-ending injury in Week 1 of 2014.

Rivers was affected by the loss of Hardwick, and he decided to wear No. 61 on his helmet to pay tribute to his long-time center:

Everyone talking about how the chargers beat the Seahawks but how about Rivers’ helmet to honor his Nick Hardwick ? pic.twitter.com/ffcTwXcieB

Hardwick highlighted Rivers’ toughness throughout his lengthy career, but will it be enough to give the Colts the boost they need for 2020?

There are many changes coming to Indianapolis this year because of the quarterback change.

Rivers, who was chosen over Tom Brady and was signed instead of trading for Nick Foles, has played the most games by a quarterback since 2006.

However, the 38-year-old quarterback often did not make the playoffs with the Chargers without Hall of Famer LaDainian Tomlinson:

Rivers can reverse his recent troubles with the fresh landscape of Lucas Oil Stadium.

Just two years ago, Rivers went 12-4 and won a playoff game though.

The Colts, who could move up in the draft to improve their offense, hope to bring firepower against opposing defenses this season.

Rivers, who has been the league’s most impressive workhorse quarterback, is ready to embark on his 15th season.

Nick Hardwick On Rivers: "He's The Toughest Human Being That I've Been Around"