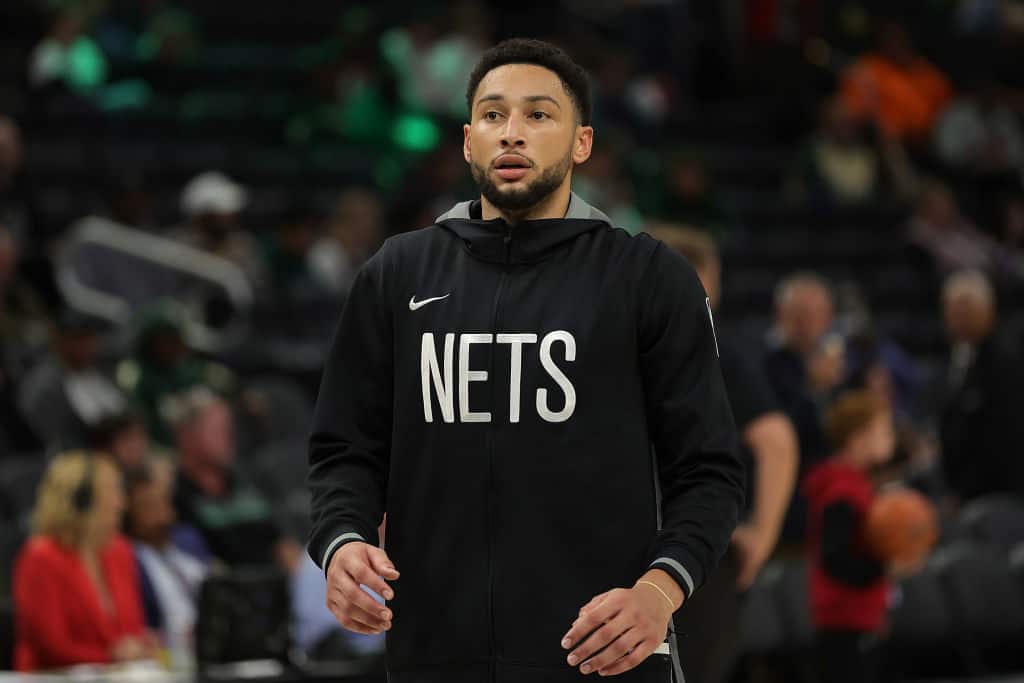 The start of Ben Simmons’ official tenure with the Brooklyn Nets has been decidedly mixed.

Although there have only been a few games in the season so far, a couple of things have become clear about Simmons after more than a year off the court.

Firstly, the man still does have some wonderful talent at times.

That was clear on Thursday when he was able to create three pivotal steals.

But it has also become apparent that Simmons isn’t quite confident or comfortable with certain aspects of the game.

“Scouts who have been dispatched to watch Ben Simmons closely believe the reason Simmons doesn’t ‘go aggressive,’ isn’t because he’s afraid of missing the shot as much as he’s afraid of being fouled.”

The other night, he ignored Kyrie Irving‘s plea for him to shoot the ball and he has repeatedly chosen to pass rather than shoot.

He has also gotten into foul trouble multiple times and has been kicked out of two games due to that.

NBA analyst Brian Windhorst gave ESPN some insight into Simmons and how he’s playing, according to experts.

“Scouts who have been dispatched to watch Ben Simmons closely believe the reason Simmons doesn’t ‘go aggressive,’ isn’t because he’s afraid of missing the shot as much as he’s afraid of being fouled,” Windhorst said.

So, Simmons is afraid of being fouled and uncomfortable with taking his free throws and that is causing him to play very cautiously.

Windhorst also raised the worrying point that Simmons has actually looked “relieved” when he has been ejected from games due to fouls.

That’s definitely not something you want to hear about an All-Star player.

What is going on with this young man and why is he not playing with the same sort of energy and drive and fearlessness that he once had?

Is it because all of the bad press has gotten to him?

Is he afraid of performing poorly and receiving more flak from fans?

Whatever is going on, it needs to change because the Nets need the old Simmons.

Is Jacque Vaughn The Right Coach For The Nets?

Ben Simmons Has Been Lacking For A Long Time