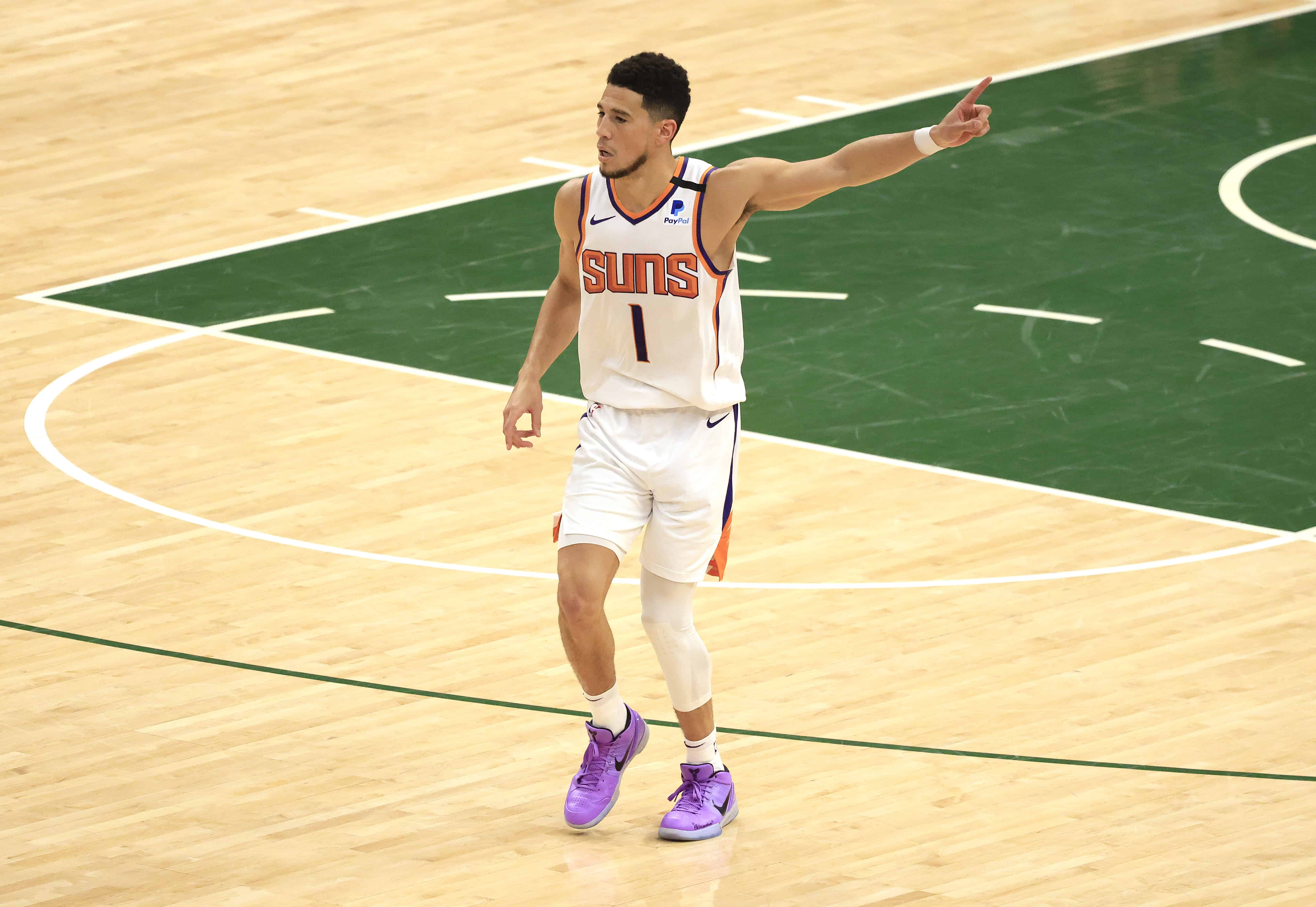 The Phoenix Suns are two games away from winning the NBA championship.

They have the series lead of 2-1 over the Milwaukee Bucks.

However, Game 3 was a different story.

The Bucks won their first game of the series and have gained some momentum to make this competitive.

Milwaukee took over to get the Game 3 W 🤫 #NBAFinals pic.twitter.com/f1LXed6W9w

Home-court advantage is still in the Suns’ favor, but they do not want to squander any opportunities.

Game 3 saw some very underwhelming performances from the Suns side.

The Bucks had a legendary performance from Giannis Antetokounmpo.

There were two Suns players that were very disappointing in Game 3.

One of the best stories of the playoffs this season has been Cameron Payne.

Just a few years ago, Payne was out of the league and did not have a path back.

Luckily, the bubble occurred and the Suns needed to fill some roster space.

That was when Monty Williams called Payne to give him a chance.

Fast forward to the postseason and Payne has been electric.

The first-round of the playoffs had everyone talking about him, as he was dicing up the defending champions in multiple games.

Then there was Game 2 of the Western Conference Finals.

Chris Paul was out and Payne put up 29 points with nine assists and zero turnovers.

Now we are at the biggest stage; the NBA Finals.

Payne has not been the same.

Perhaps an ankle injury he suffered in the last series can be the reason for that.

However, Game 3 was a bad performance.

Payne finished with the worst plus/minus in the game at minus-18.

The Suns need him to spot some resting minutes for Paul.

Paul is up there in age, despite how great he has been playing.

He is needed to manage the bench unit, but he was not able to do so.

There was very little positive from his play in Game 3.

The arguable best player for the Suns has to be Devin Booker.

He has been special throughout the entirety of this year’s playoffs.

Games 1 and 2 were great games from Booker.

He was poised, alongside Paul, to lead the Suns to an easy route to the championship.

However, Game 3 was not the same Booker.

Shooting 3-14 from the field and 1-7 from three is very unlike him.

10 points is even more of a problem after his past scoring outbursts.

Devin Booker struggled to find his rhythm in Game 3.

Booker needs to be the guy on this team in most stretches.

Deandre Ayton cannot score at will and Paul needs to pace himself throughout the game.

That is why Booker cannot have games like the one he had in Game 3.

His scoring is at an elite level, but the previous game was a red flag.

The expectation should be that he regains form and is ready for the rest of the series.

However, Game 3 was an awful performance from the up-and-coming superstar.

The Suns Reportedly Have An Offer For Jae Crowder

A New Era Is Beginning For The Suns

The Suns Are Thinking Of A Future Without Chris Paul

The Suns Shocked The NBA World On Sunday

NBA Legend Gets Real About The Troubled Suns

The Suns Have Been A Disaster Without Their Star

The Suns Have Fallen To A New Low

Sidelined Star Speaks Out About The Suns

Could The Phoenix Suns Miss The Playoffs?

The Suns Have Had A Rough Few Weeks

Should Fans Be Concerned With Devin Booker's Injury?

The Suns Announce A Massive Change

The Struggles For The Suns Continue