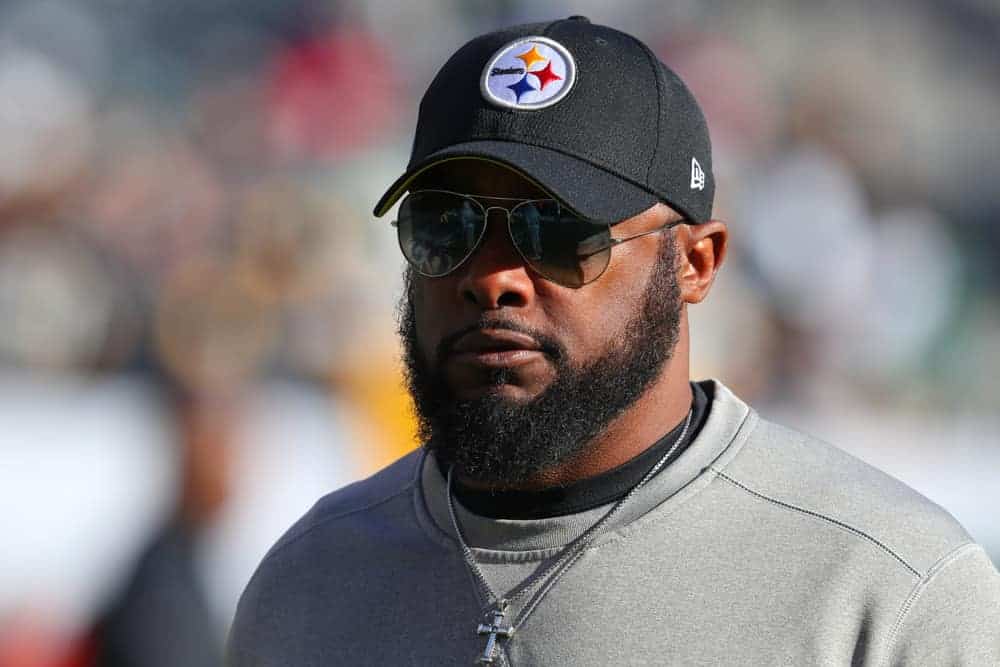 Monday night’s on-field exchange between Pittsburgh Steelers Mike Tomlin and Washington’s Chase Young was one for the ages.

However, privy for fans to witness such accounts is not always the case.

Some of the most notable in-game banter is related through post-game interviews or second-hand stories.

For example, Joe Montana’s composure under pressure was seen in the surgical dissection of the Cincinnati Bengals in Super Bowl XXIII.

But Joe’s command in the huddle during the 49ers game-winning drive can only be shared through his “John Candy” stories.

Mike commended the rookie but explained why he would not want to have the chance to draft such a player.

With the help from state-of-the-art film technology, fans got to watch coach Tomlin say to Young:

The Steelers coach was right.

With only one team finishing with a worse record, Washington’s disappointing season positioned them at second overall in this year’s draft.

As such, Washington’s heartaches from 2019 turned into the team drafting a player that many GM’s believe to be a franchise prospect in Chase Young.

Is Minkah Fitzpatrick The Best Safety In The NFL?

Has Chase Claypool Become Too Big Of A Distraction For Steelers?

The Steelers And Kenny Pickett Are A Perfect Fit

Steelers HC Is Waiting To Make A Week 15 Decision

2 Changes The Steelers Should Make This Offseason

Minkah Fitzpatrick Has Been Dominating In 2022

2 Things That Went Wrong For The Steelers In 2022

Steelers Have A Low Chance To Make The Playoffs This Season

Steelers Coach Comments On Rivalry With The Ravens

Do The Steelers Have A Chance To Make The Playoffs?

Kenny Pickett Describes Where Steelers Fans Rank In The NFL