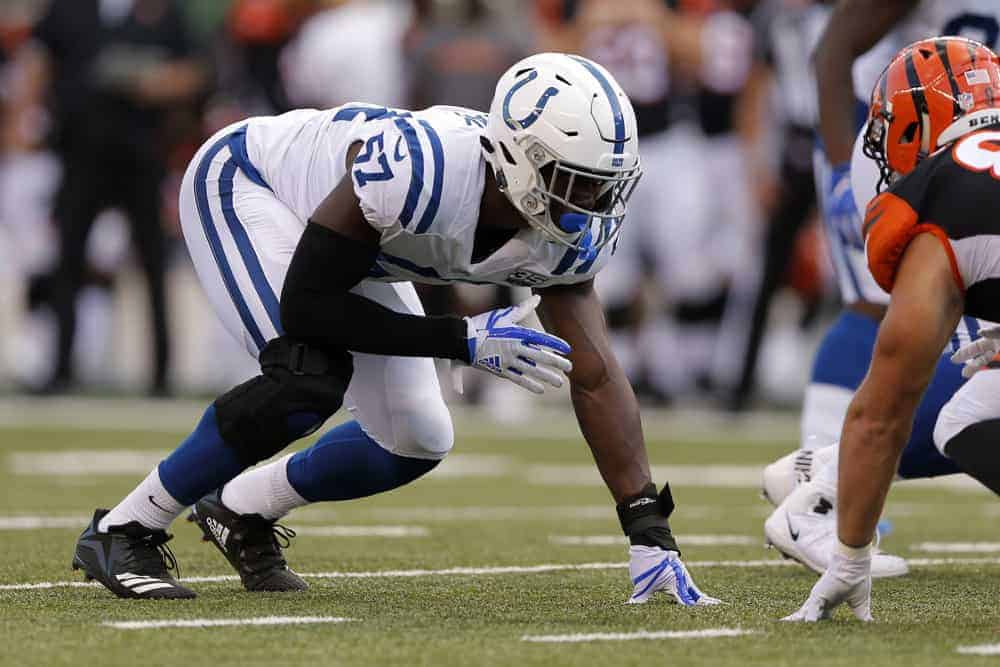 Kemoko Turay seems ready to get back to playing the game he loves.

It’s great to be back playing. Lord knows how hard I work just to be back on the field again 🙏🏽… take nothing for granted cause you never know when it’s taken from you … thanks for all my fans supporting me through this tuff road #grind #faith #purpose

The Indianapolis Colts‘ edge rusher suffered a gruesome ankle injury last year in week 5 and has been out ever since.

But that ends this week as he will be activated off the Physically Unable to Perform (PUP) list.

The announcement was made by Colts’ head coach Frank Reich during a conference with local reporters on Monday.

Frank Reich: DE Kemoko Turay is being activated off PUP this week.

Turay has been working his way back for months.

He underwent ankle surgery after the injury last season and started this year on the PUP list.

Because of this, he was required to miss at least 6 games.

On October 28th, he was brought back to practice, but Reich said he would need a few weeks of practice to get back up to game speed.

Turay’s long-awaited return by Colt fans could happen this Sunday against the Green Bay Packers.

However, they should not expect a full games-worth of action.

Reich stated Turay will be on a pitch count but is excited to see what boost he can provide the defense.

Prior to his season-ending injury last year, Turay was having a sensational season.

He was tied with T.J. Watt of the Pittsburgh Steelers for the best PFF grade of any edge defender in the NFL at 91.3

Turay trailed only Watt and Myles Garrett of the Cleveland Browns in pass-rush grade with a 91.0.

In terms of Pass Rushing Productivity, Turay lapped the field with a 13.1.

Pass Rushing Productivity measures how many QB pressures a player got relative to how many opportunities they had.

He will only boost a defense that ranks 15th in the league in sacks per game (2.3).

Based on what he has seen in practice, Reich believes Turay will pick up where he left off.

“What we’ve seen out at practice is the same guy, the same guy with the speed and bend coming off the edge, a disruptive player with a lot of explosiveness – natural knack to get off on the ball, get off on the snap count. You’re right … it would be natural to when and if he is up, just like there is in practice – he’s on a bit of a pitch count in practice. It would be the same thing in a game.”

Turay will be adding to a defensive line that already features talented players – including two former All-Pro’s DeForest Buckner and Justin Houston.