You are here: Home / Sports / NBA / Is Russell Westbrook A Problem For The Lakers? 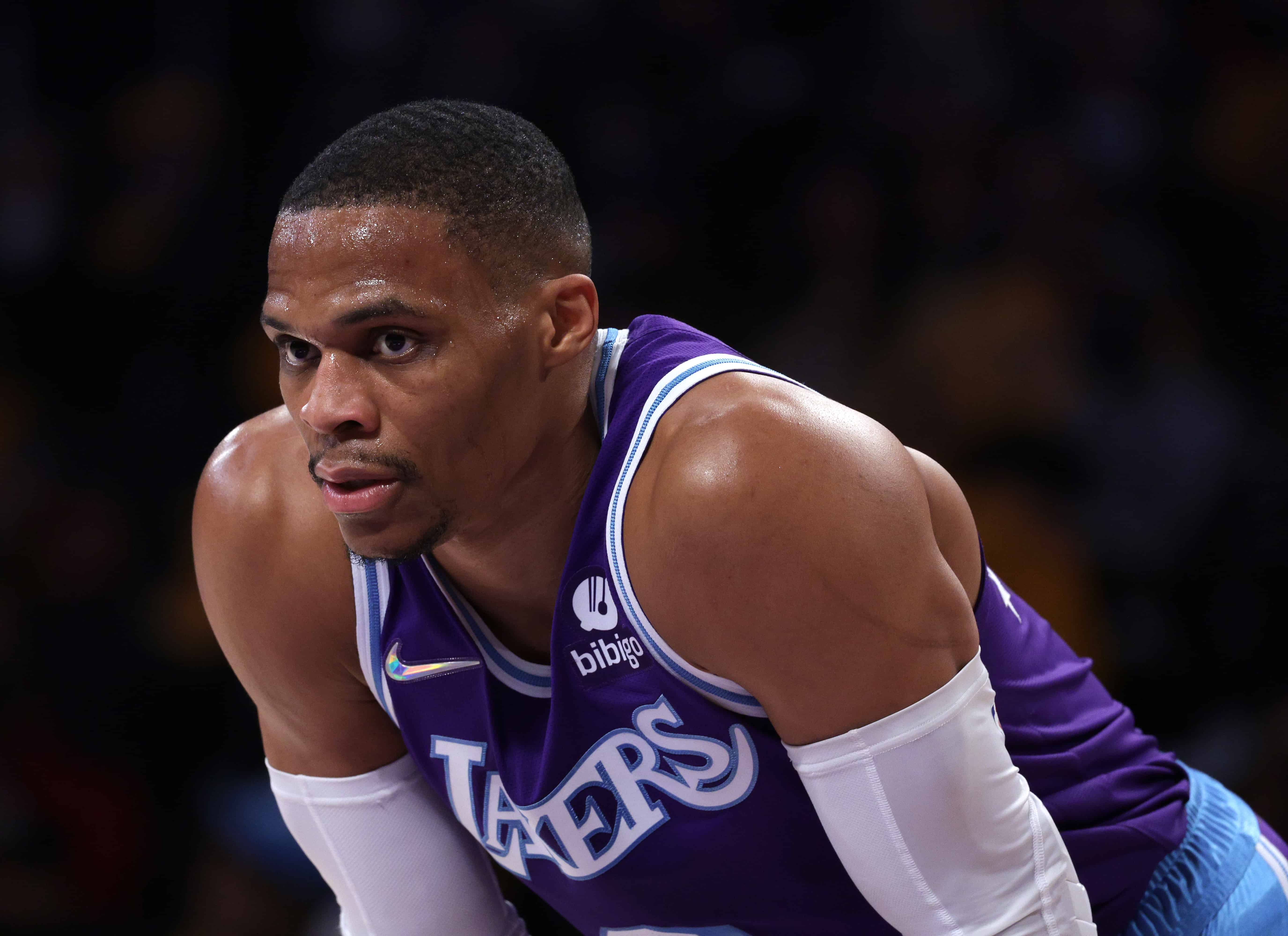 There has always been controversy surrounding Russell Westbrook and especially since he was traded to the Los Angeles Lakers last summer.

Some fans were stunned and angered but the Lakers said they knew what they were doing.

Westbrook was going to alleviate the pressure and load that plagued LeBron James and allow him more rest and time off the court.

Additionally, Westbrook was going to be more of a team player and not take as many wild, bone-headed three-point shots.

He was going to be an important part of leading the team to another championship.

The season started rough and Westbrook has gotten better but people are still asking if he’s more of a problem than a solution for LA.

And the cries for trading him are once again getting louder and louder.

The season did not start well for Westbrook.

In his first game in the purple and gold, he had nine points, five rebounds, and four assists – with an annoying four turnovers.

The turnover problem that plagued Westbrook was a telltale sign of him attempting to change his gameplay and be more of a giving, sharing player.

Westbrook is now averaging 19.6 points, 7.9 rebounds, and 8.1 assists a game with an average of 4.6 turnovers a game, which is slightly down from the five that it was earlier.

Although he has gotten better, Westbrook is still problematic, to put it gently.

In a move that will go down in Lakers’ infamy, Westbrook somehow lost track of the man he was guarding, Patty Mills, in the closing minutes of their loss against the Brooklyn Nets.

This is just one of many lacking defensive moments from Westbrook.

Indeed, he has not improved his defensive output and that’s hurting LA.

They need defense: when they won their last championship two seasons ago, they led the league in D.

Simply put, they’re not getting through the postseason if their star players don’t improve their defense.

Additionally, Westbrook isn’t alleviating James of the workload, as promised.

In fact, James is still playing nearly the entirety of every game – he put up 40 minutes on Christmas Day.

Step Up Or Ship Out

Yes, Westbrook is shooting fewer threes and attempting more assists, and trying to be smarter, but he’s still lacking in pivotal areas.

He is creating a lot of points and is averaging many triple-doubles but, honestly, LA could get those sorts of numbers from multiple pros in the league.

Simply put, Westbrook is not producing enough and he’s not as much of a presence on both side of the court as he should be.

“Russ is like that pretty girl @ rival school that makes you say if she was my girl, I’ll treat her like a queen and then when you get her, you realize why all the dudes left her” pic.twitter.com/1SoLRfrFAw

Some people are calling him awful and saying the trade for him made no sense but that’s not entirely true and overly harsh.

Westbrook has a lot of positive attributes and is a terrific basketball player.

However, right now, he’s not enough for LA, and with his hefty contract and the amount of time he’s on the floor, it’s only making him a problem for the Lakers.

There is time to change things (does he need to start every game?) and help him achieve his potential but the clock is ticking loudly for Westbrook and the Lakers.

LeBron James Has Not Slowed Down Since His Birthday

Russell Westbrook Is Turning Back The Clock

Is Russell Westbrook A Problem For The Lakers?