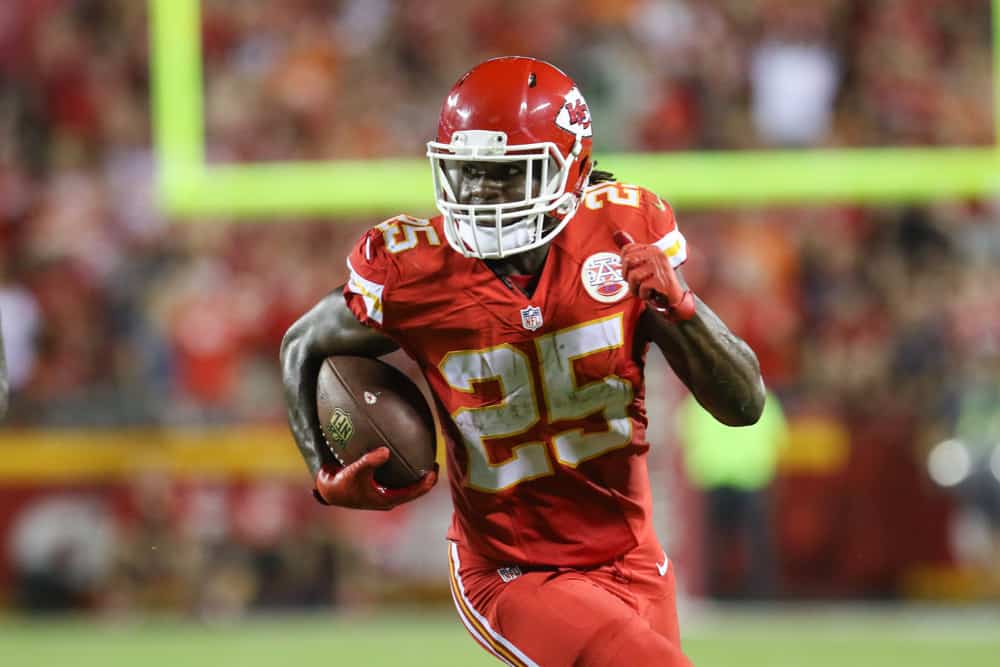 With the Kansas City Chiefs in the hunt to defend their Super Bowl title, many remember the great Chiefs running backs in their history.

Before Kareem Hunt came and went from Kansas City, Jamaal Charles was a dominant and physical running back who carried some of those less than stellar Chiefs teams on his shoulders.

Charles has been self-marketing and attempting to advance his cause to be considered for a nod from the Pro Football Hall of Fame in Canton, Ohio.

NFL's Jamaal Charles On Hall of Fame, My Numbers Speak For Themselves Is Kansas City Chiefs legend Jamaal Charles a Hall of Famer?? The RB ain't saying for sure … but the former NFL superstar tells TMZ Sports his stats c… https://t.co/eC2CkLBuOV #cosmetics #lifestyle #beauty pic.twitter.com/mZccnj1Bxa

Is he a Hall of Famer?

Those who wear the golden jackets typically have long careers.

They may not stay with the same team, but their performance is top notch no matter what team they are playing for.

A deeper look shows that he played only 7 full seasons.

Charles tore the right ACL in Week 5 of the 2015 season and was done for the year.

In 2016, in what would be his final season for the Chiefs, he got off to a slow start.

Charles struggled to bounce back from the right ACL tear he suffered the year before.

Unfortunately, his season ended prematurely because he needed surgery on his meniscus.

In his final year, 2018, he only played two games with the Jacksonville Jaguars before being released.

Charles’ longevity was hampered by injury which makes his candidacy for the Pro Football HOF questionable.

Jamaal Charles was not part of the Kansas City Chiefs when they began their ascent.

Because the Chiefs never contended while Charles was on the roster, it is difficult to consider him a candidate for the HOF.

These are admirable numbers and honors, but are they HOF worthy?

Let’s look at Jamaal Charles in comparison to running back Frank Gore, who in my opinion is a shoo-in for the Hall of Fame.

Frank Gore is 37 years old and still playing in the NFL; whereas, Charles is 34 and has already been retired for two seasons.

Gore has played for 5 teams in his career.

He performed at a high level for each of them.

Gore has not won a championship, but he has appeared in 9 playoff games.

It is probably easy to make opposing arguments for Jamaal Charles’ candidacy in the Pro Football Hall of Fame.

And he may eventually get in.

If it happens, it will take a while, but I believe it is likely not to happen at all.

Patrick Mahomes Has Great History Against The Eagles

Andy Reid Joins A Group Of Coaches Focused On Revenge

Patrick Mahomes And Travis Kelce Are Closing In On NFL History

Chiefs Defender Has A Strong Reminder For His Teammates

Andy Reid Talks About His 3 Keys To Life

The Chiefs Blew Past A Top Preseason Storyline

A Top Chiefs Duo Is Closing In On More Records

Patrick Mahomes Comments On His Ankle

Is Jamaal Charles A Hall of Famer? (Full Argument)