You are here: Home / Sports / MLB / 3 Giants Players Who Should Be In The Hall Of Fame 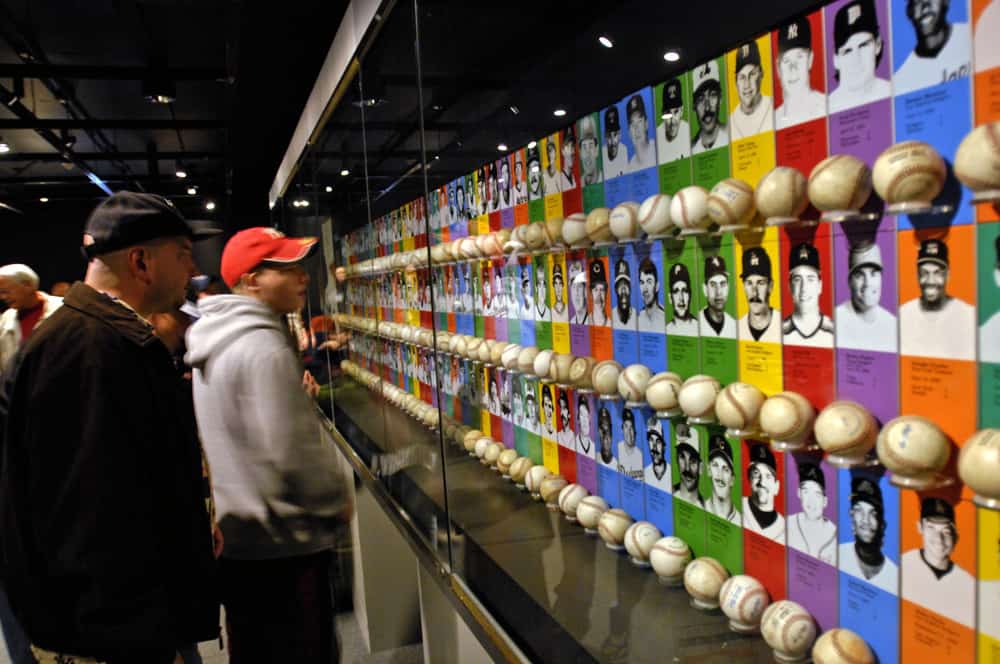 The San Francisco Giants have had some of the best players in MLB history.

Stars such as Willie Mays, Willie McCovey and Juan Marichal, all of whom left a considerable mark on the sport of baseball.

They have all helped build the generations of Giants history that spans on both coasts.

Since moving to San Francisco, the team has had five players inducted into the Hall of Fame.

Who are three other players who could potentially earn a spot in Cooperstown?

In this article, we will take a look at some players who carry Hall of Fame resumés and should be representatives of the Giants’ franchise.

Without a doubt, Bonds is one of the most talented and prolific players in MLB history.

Does Barry Bonds belong in the HOF? pic.twitter.com/Yrn1QA9aEA

He arguably had the most talent of any other player that has stepped onto the diamond, and his career stats back this up.

However, the elephant in the room with Bonds is the issue of steroids.

In an era when performance enhancing drug use was rampant in the sport, Bonds became the primary figure for it.

This was because of the otherworldly numbers he posted after turning 35, including a 73-home run season in 2001.

Prior to his reported PED use beginning in 1998, Bonds already was putting together a Hall of Fame track record.

He was on a rapid pace towards putting together one of the best careers of any player in baseball.

On top of this, though Bonds used steroids, he was significantly better than any other play who used during the era.

His talent deserves recognition, and his resumé should speak for itself.

A seven MVP award winner deserves to be in Cooperstown.

While Kent played for six different clubs throughout his career, his best stretch came with the Giants.

He was a unique talent to the second base position, being a source of power that wasn’t normal from that spot.

His 377 home runs are the most of any second baseman in MLB history.

His career WAR of 55.4 is solid as well, certainly deserving merit for a Hall of Fame selection.

Now, Kent is approaching his eighth time on the voting ballot and has seen a small bump in his voting percentages.

He deserves more consideration, and his stats indicate that he belongs in the Hall of Fame.

Clark was a smooth swinging left-handed bat that became one of the smoothest and most natural hitters of his time.

#OTD in 1986 – Will Clark made a Thrilling Major League debut. #ForeverGiants | #SFGiants pic.twitter.com/O6x48wHJSq

He had a relatively short career of just 15 years, and he left when he was still at the height of his production.

He wasn’t a traditional power-hitting first baseman, but he was a pure hitter from the left side.

This showed that he could have continued that level of performance for more time.

Because of all this, he deserves a spot in the Hall of Fame.

For their eras, these three players were some of the better players in the MLB.

While they haven’t gotten much love for the Hall of Fame so far, they are certainly candidates to make it in some day moving forward.

Don’t be surprised if any of them make it to Cooperstown some day.

3 Giants Players Who Should Be In The Hall Of Fame