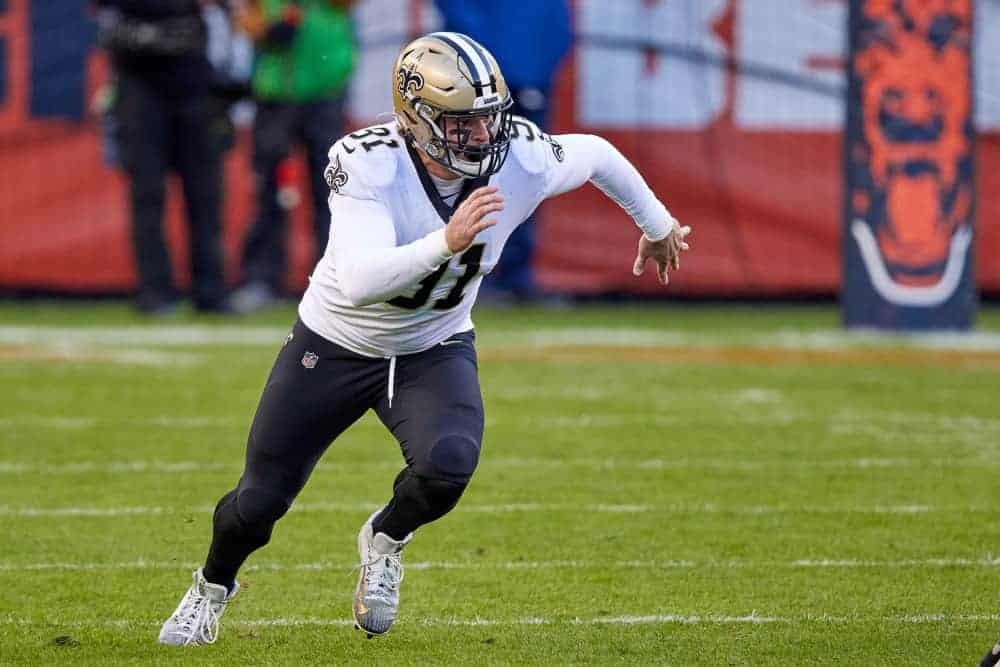 Trey Hendrickson will reunite with safety Vonn Bell who was a New Orleans Saint from 2016-2019 before joining the Bengals last season.

The power of Trey Hendrickson on this sack 👀#ATLvsNO | 📺: FOX pic.twitter.com/KbQ4SL8ytb

Hendrickson’s deal will be finalized on March 17 when the new NFL year officially begins.

Trey Hendrickson, 26, had a monstrous 2020 season, perfectly timed to collect a big payday as a free agent.

Despite his accomplishments in 2020, the Bengals did overpay him.

Trey Hendrickson Had One Good Season.

The #Bengals are signing DE Trey Hendrickson to a four-year, $60 million contract with $32 million in the first two years, per source. Huge deal for one of last season's breakout stars. 💰💰

As mentioned above, he played outstanding football in 2020 but was very mediocre the first three years of his NFL career.

Hendrickson flew under the radar for those first three seasons.

He also had 13.5 quarterback sacks which tied him for second in the NFL with Aaron Donald.

He Had A Low Dollar Rookie Contract.

His rookie contract was valued at $3.17 million over four years.

Spotrac estimated the market value of his new contract to be $30.9 million over three years.

Using Spotrac’s number, his contract should have been around $10 million annually.

The Bengals are paying him $15 million each year; they overpaid him for what his previous performance was.

Perhaps the Bengals believe he is a player on the rise and are paying for what is to come; it is anyone’s guess.

The Bengals Were Not Even Reportedly In The Running Recently.

Here is another example where rumors are not always correct.

The New York Jets kept coming up on the recent short list for Trey Hendrickson.

Other interested teams included the Minnesota Vikings and Cleveland Browns.

The Bengals were mentioned about a month ago along with the Patriots.

Hendrickson joining the Bengals became less of a surprise when it was clear that they were not planning to re-sign Carl Lawson whom they drafted in 2017 in the 4th round (116th overall).

The Bengals did not re-sign one of their best defensive players.

He was defensive end Carl Lawson.

Lawson is reportedly signing with the Jets for a three year deal worth $47.4 million.

The dollars and cents do not add up on what the Bengals paid and for whom, but perhaps it will make more sense when Hendrickson hits the field in 2021 as a Cincinnati Bengal.

The Bengals Have 7 Notable Free Agents This Offseason

Joe Burrow Will Look To Continue A Rapid Rise In 2023

Tee Higgins Got Love From A Bengals Legend

Bengals Fan Highlights A Huge Missed Call Against The Chiefs

Everyone Is Talking About What Zac Taylor Might Have Said

The Bengals May Be Losing A List Of Key Players

NFL Analyst Has A Message For The City Of Cincinnati

Bengals Players Are Trolling The Chiefs In A Big Way

The Bengals Have A Legendary Nickname For Arrowhead Stadium

Joe Burrow's Confidence Is On Its Own Level

The Bengals Made A Savvy Move That Could Hurt The Chiefs

The Bengals Bounced Back To Join An Exclusive NFL Club

Ja'Marr Chase Shares A Cool Quote Ahead Of AFC Championship

Joe Burrow Is Trying To Continue A Perfect Bengals Streak

NFL Analyst Admits He Was Wrong About Joe Burrow