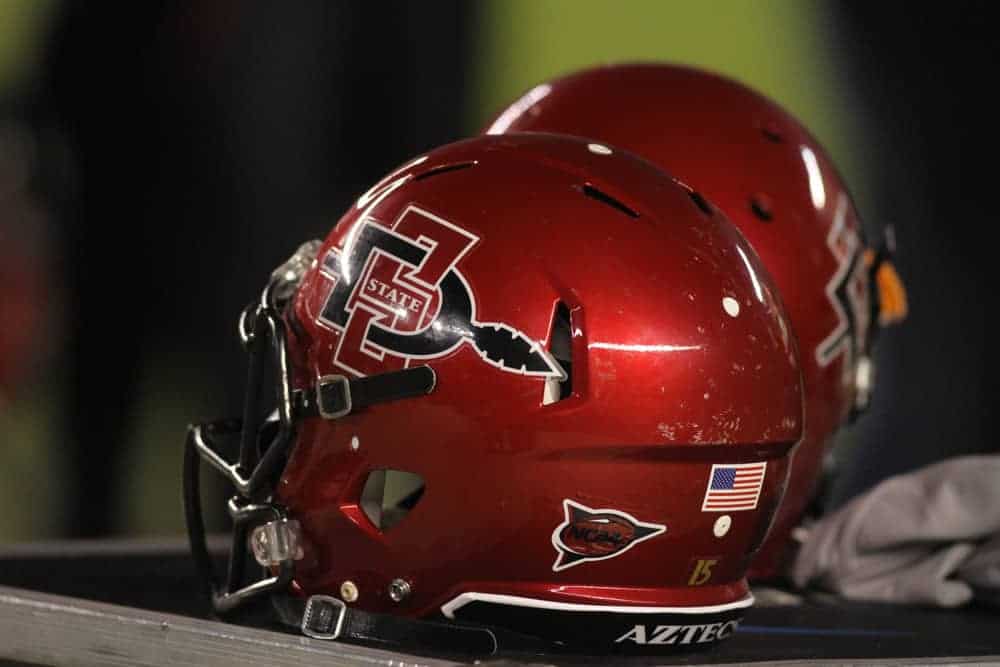 The NFL Draft is quickly approaching and the Indianapolis Colts have a few holes left to fill this offseason.

One of the biggest concerns for Indy is the lack of depth in the backfield.

The Colts did bring in T.J. Carrie and Xavier Rhodes, but it appears they aren’t done adding just yet.

Indy is one of the most interested teams in San Diego State cornerback Luqman Barcoo, according to Justin Melo.

Should the Colts pursue Barcoo and bring him into the organization on draft day?

Here's a list of teams that have shown the most interest: #Ravens, #Colts, #49ers, #Eagles & #Chiefs.

COVID-19 prevented him from making any in-person visits.

Who is Luqman Barcoo?

Barcoo did not quite catch anyone’s attention until his senior season at San Diego State.

He finished with 20 total tackles and one interception through nine game during his junior year.

However, Barcoo made a huge jump his senior season and put himself on the radar for many NFL teams.

He recorded 55 tackles, five tackles for loss, 0.5 sacks, 16 pass breakups, and a nation-leading (tied) nine interceptions during 13 starts in 2019.

He was also a semifinalist for the Jim Thorpe award which is given to the best defensive back each season.

Sadly, he wasn’t invited to the NFL Combine and his pro day was cancelled.

He put on his own pro day and recorded a 4.43 forty time and 41 inch vertical.

The 6’1”, 175 pound senior defensive back has definitely made a name for himself ahead of draft day.

Should the Colts Pursue Barcoo?

The Colts have some options at defensive back, but are still looking for long-term solutions.

Indy has Carrie, Rhodes, and Quincy Wilson coming off their books after the 2020 season.

The organization needs to find long-term options at the position instead of trusting veterans on one-year deals.

Barcoo is a long-armed defensive back with excellent ball skills as shown by his nine interceptions in 2019.

He seems to be a solid fit for Indy, but many other organizations have shown interest in Barcoo as well.

Finding reliable defensive backs is not easy, so it’s not surprising to see why Barcoo is a popular player right now.

The Colts have plenty of corner backs right now, but many of them are on expiring deals.

San Diego State's Luqman Barcoo is an intriguing late-round DB in this class. Plays predominately off-coverage and shows well from a half-turn. Some deep speed concerns and he's still raw in his transitions, but at 6-1 with 32-inch arms, there's enough to take a chance on imo. pic.twitter.com/6jTQT5OMRK

When Should the Colts Draft Barcoo?

The Colts have clearly shown interest in Barcoo, but where will he fall in the upcoming NFL Draft?

Indy has already traded their first round pick to the San Francisco 49ers in exchange for pass rusher DeForest Buckner.

The Colts still have other areas of concern such as wide receiver, tight end, and offensive line depth.

The organization is also rumored to be looking to draft a quarterback with Philip Rivers and Jacoby Brissett on expiring deals.

The good news is, Barcoo is more of an intriguing under-the-radar type of prospect than a top tier option.

There is plenty of potential there, but it seems like Barcoo still has some more developing to do.

The Colts might be able to wait until the fifth round to select Barcoo.

He’s a sleeper prospect, but could be a solution to the Colts rotating doors at defensive back.

Colts Are Bringing In Broncos Coach For A Second Interview

The Colts Made Sure To Conduct An Expected Interview

The Colts Are Interviewing Everyone For Head Coach

Colts GM Comments On His Commitment To A New QB

Colts GM Admits His Faults At An Important Position

Fans Are Still Talking About Matt Ryan Being Benched

Jeff Saturday Is Still Getting Roasted For Last Week's Loss

2 Changes The Colts Need To Make This Offseason

T.Y. Hilton Got Support From His Former Boss