You are here: Home / Sports / NBA / Celtics Star Made It Look Easy On Monday 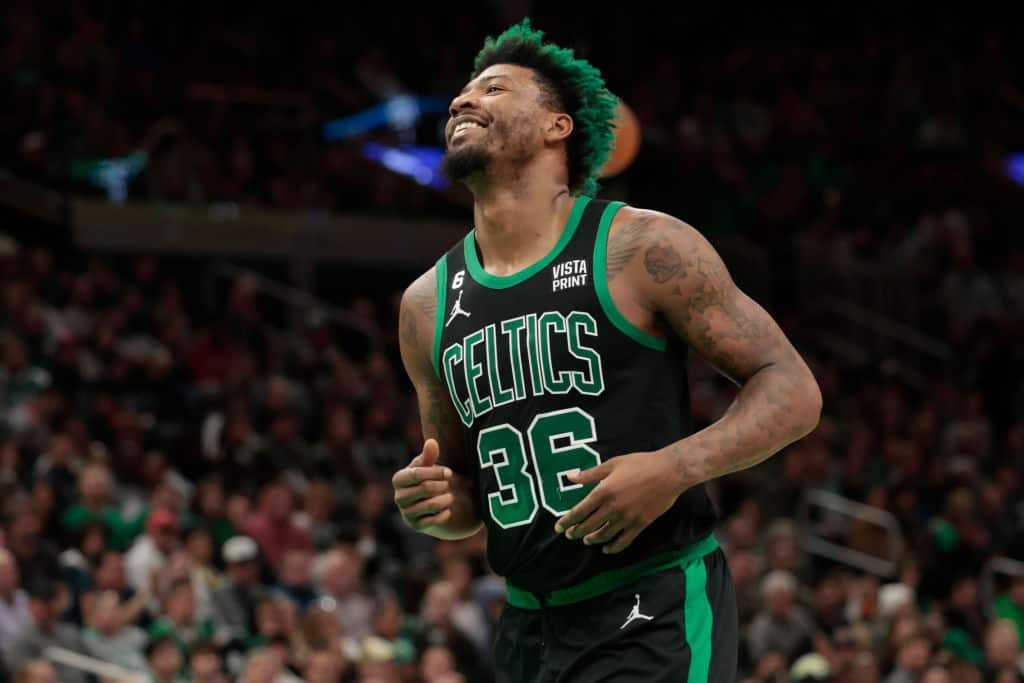 The Boston Celtics headed to Memphis on Monday night to take on the 7-3 Grizzlies.

They fought hard and it wasn’t easy but the Celtics pulled out the win and now stand at 7-3 themselves as the third seed in the East.

The 109-106 game was an intense one and it featured a few wonderful performances from both teams.

Jayson Tatum put up 39 points while Ja Morant scored 30 of his own.

However, it was Marcus Smart of the Celtics who gained the most attention on Monday because of his fantastic passing skills.

Again and again, Smart found his teammates and helped them score.

Smart looked smooth as silk throughout the evening with a number of great passes.

Making plays like this is never easy but it’s even harder against a team like the Grizzlies.

Smart is one of the best passers in the league right now.

Seeing him perform as he did on Monday is even more impressive because his team was facing off against the Grizzlies.

They are a team that is fast, energetic, and never steps down from a tough fight.

Watching Smart’s highlight reel from Monday, you see how Smart was able to duck and weave through the suffocating defense coming from Memphis.

Despite the best efforts from the Grizzlies, Smart was still able to make his passes count.

Last season, he was putting up 5.9 assists a game.

This season, he’s scoring an average of 6.6 per contest.

That is a career-high for Smart and it shows that he has never been so tuned in and in sync with the rest of his squad.

The Celtics Are Still Going Strong

Are The Celtics The Best Team In The East?

The NBA Has A New League Leader

The Celtics Are Quietly Making History

The Celtics Are On The Hunt For Another Player

Celtics Star Is Confused About The Ime Udoka Situation

The Celtics Are Rallying Behind Their New Leader

The Celtics' Bench Is Deeper Than Ever

How Important Is Grant Williams To The Celtics?

Are The Celtics In Trouble After Loss To Cavs?

Marcus Smart Has A Clear Goal For The Celtics Defense

Jayson Tatum Is Off To An MVP Start To The Season

Jayson Tatum And Jaylen Brown Off To Historic Start

Things Got Heated Between The Celtics & 76ers

The Celtics Unleashed An Incredible Duo On Opening Night

One Celtics Star Was Literally Perfect On Tuesday

NBA Head Coach Is Being Noted For More Than His Skills

The Celtics Honored A Historic Hero On Opening Night

Celtics Star Made It Look Easy On Monday