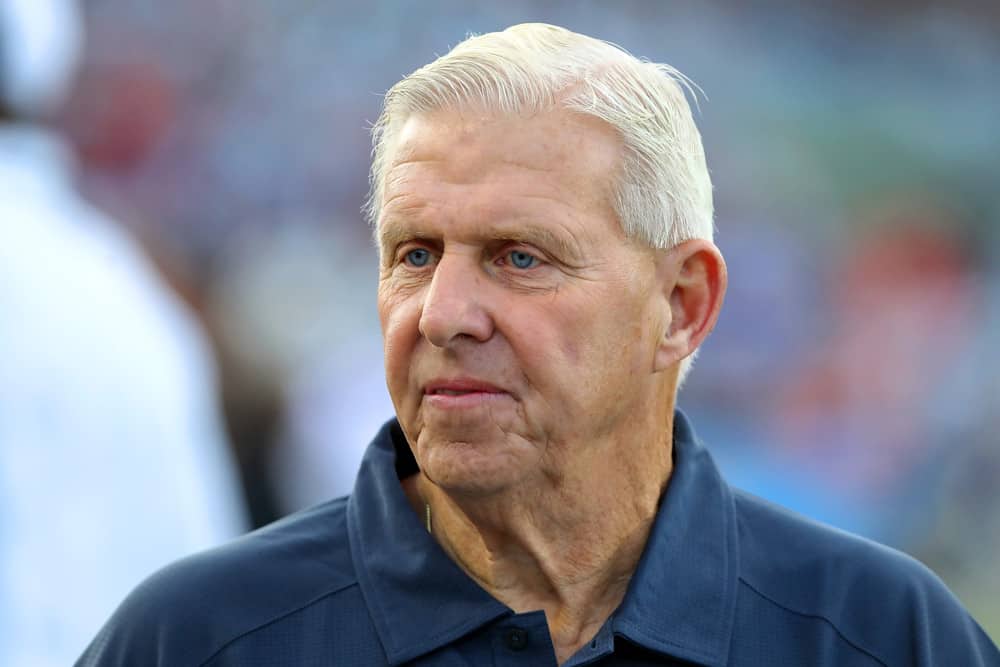 The New York Giants have a rookie head coach in Joe Judge.

He’s had challenges but is getting positive reviews for how he is dealing with the team’s issues on and off the field.

One of his former predecessors, none other than the Giants’ 2x Super Bowl Champion Coach Bill Parcells, approves of how Judge is handling the team.

“I’m fired up about them. They’re getting better. They’re improving. I like their coach. I just know he has established some law and order, and I think that’s a good thing.”

Those of us over a certain age will never forget the Giants’ teams under Bill Parcells.

Wearing his trademark Giants sweaters, he yelled, directed, and motivated the Giants from 1983-1990.

Make no mistake, an endorsement of Joe Judge from this Giants’ legend is huge.

He went on to say:

“[Judge] can only do what your players let you do right now.  I don’t know that that’s going to be his style ad infinitum. Let’s get some better players in there. Let’s see what he does. He’s trying to win games now.”

Parcells spoke to Judge one time in January before Judge was announced as the new head coach.

His advice for Judge on that phone call:

“I told him, Don’t say anything about the players. [The media] is going to ask you about them, but just tell them you have to evaluate the players. That’s going to save a lot of questions, because you don’t know right now.”

Coach Joe Judge, in his rookie season, is not blessed with the legendary Giants’ defenses of the Parcells era.

In spite of that, Parcells sees the defense moving in a positive direction.

“Defense is improving. That’s good coaching. They seem like they know what to do. They’re certainly behaving better and they’re getting more things done and they’re playing with confidence. That’s all good. I like what I’ve been seeing.”

The other quality Judge appears to have is a no-nonsense disciplinarian style that Parcells didn’t comment on, but you can bet he admires also.

Judge has found himself immersed in personnel issues in the past few weeks that he handled well.

While Tate spouted off to anyone with a microphone (and others too) about his lack of targets, Coach Judge decided to scratch Tate.

He benched him with minimal fanfare.

So far, it appears Tate got the message.

After watching the Giants beat Washington from his couch, he returned to practice, expressed his apologies, and everyone has moved on.

Rumors of a WWE-style fistfight are unsubstantiated, but it has been reported there was “insubordination”.

Judge wanted to bring in a consultant and friend, Dave DeGuglielmo, to help with the offensive line.

When he told Colombo about it, things definitely didn’t go well.

Told same. Marc Colombo wasn’t pleased by Joe Judge’s decision and let it be known verbally. But nothing physical, according to sources. https://t.co/37yTF4L4Fa

The bottom line is that Coach Judge has handled the Giants very well this season.

Parcells is correct that he needs more talented players to work with, and those will come with drafts and deals in the years ahead.

In the meantime, it seems the Giants have found their man.

Daniel Jones May Carry A Hefty Price Tag This Offseason

Eli Manning Has A Message For Peyton After Pro Bowl Win