You are here: Home / Sports / NFL / The 3 Biggest Draft Needs For The San Francisco 49ers 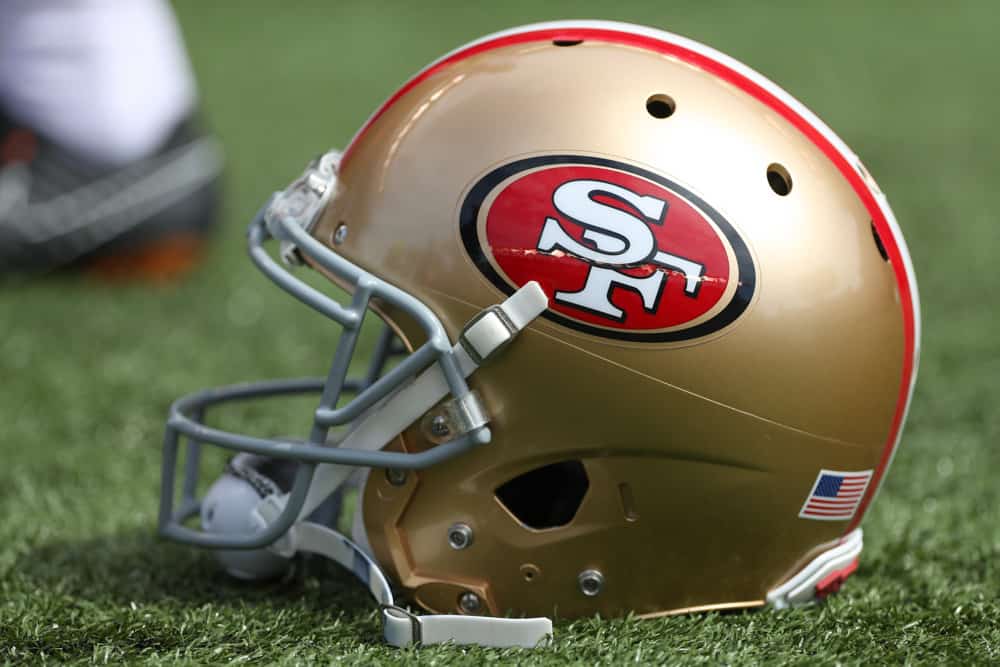 This past season was a disaster for the San Francisco 49ers.

The franchise and the fanbase had high expectations after making a run to the Super Bowl just last year.

An astounding number of injuries, though, limited the 49ers from ever playing at full strength.

Whether it was Jimmy Garoppolo, Nick Bosa, Richard Sherman, Raheem Mostert, or Deebo Samuel, someone was always on IR.

You could field an entire team with this list.

22 players currently out, likely 24 by end of day.

Another 8 players have missed time due to injury. pic.twitter.com/hYfmqUYYha

The Niners should find themselves in playoff contention next season with a full offseason and a healthy roster.

However, they have many impending free agents to address and limited cap space to resign them all.

San Francisco will reluctantly have to let some players walk and hope to find their replacements through the draft.

Here are the three most pressing needs for the 49ers.

Whether or not Garoppolo is the starter next season, the 49ers should still add someone to the quarterback room.

Kyle Shanahan expects Jimmy Garoppolo to be 49ers' quarterback in 2021 but adds "you can't say anything with certainty" https://t.co/79JWgaQ4ZF

Garoppolo, while capable of leading the team to success, has his limitations and is injury prone.

He also can be cut with minimal repercussion against the cap.

If today is Jimmy Garoppolo’s last time in a #49ers uniform, it’s been a profitable run in SF. Jimmy G has banked over $85M since being acquired back in 2017.

In addition, backups CJ Beathard and Nick Mullens are free agents and could sign elsewhere.

With a stacked quarterback class, this is the perfect opportunity to find their future signal-caller.

With several quarterback-needy teams ahead of them, though, San Francisco may have to move up from the 12th pick to get who they want.

BYU QB Zach Wilson says he would be a good fit for Kyle Shanahan and the #49ers 👀 https://t.co/T85IvxUrJn

If they want to wait, Mac Jones from Alabama or Kyle Trask from Florida should be in consideration.

The 49ers are in desperate need of help at either cornerback or safety.

Jason Verrett, K’Waun Williams, Jaquaski Tartt, and Sherman are all free agents, and it is unlikely that the front office retains all of them.

Plus, it seems as if Sherman already knows that a reunion for the 2021 season may not happen.

Richard Sherman doubts he'll re-sign with 49ers in 2021: "If there's some miracle that happens, then sure there's an opening"https://t.co/Ci4WmzabM5 pic.twitter.com/MipWdGgT3G

Regardless, the secondary could use an infusion of young talent.

Top-end cornerback prospects such as Jaycee Horn from South Carolina or Caleb Fairley from Virginia Tech are popular candidates linked to the 49ers’ first-round pick.

The 2021 safety class, on the other hand, lacks elite talent, but San Francisco could select someone with their later picks.

Perhaps Oregon’s Jevon Holland or Florida State’s Hamsah Nasirildeem is a target for the second or third round.

Once a strength of the offense, this unit struggled to match the quality production of previous seasons.

Mike McGlinchey excelled as a run blocker but regressed quite a bit in pass protection.

Trent Williams was a worthy replacement for Joe Staley but may depart in free agency.

Aside from Laken Tomlinson, the Niners got suspect play at the other guard position.

Plus, with Weston Richburg still recovering from a patellar injury and a potential cap casualty, they should look to add depth and talent across the line.

Luckily for the team, there appears to be plenty of linemen worth selecting with their first pick.

If they want to take an interior lineman, they could go with RaShawn Slater from Northwestern or Wyatt Davis from Ohio State.

One way or another, improving this unit will pay dividends in Shanahan’s lethal offensive scheme.

The 3 Biggest Draft Needs For The San Francisco 49ers