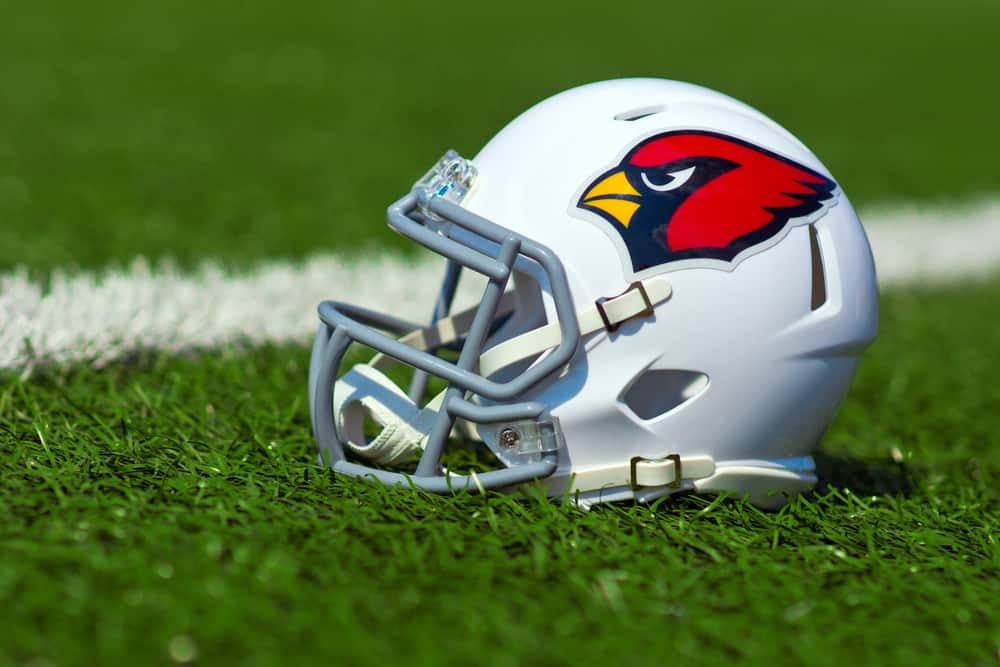 The Arizona Cardinals have had quiet the offseason thus far.

With free agency now in the shadows of the draft, the Cardinals will look to continue to improve their roster.

The Arizona Cardinals enter the 2021 draft with six draft picks.

The first two draft picks should be expected starters.

Or, at least two players who will be competing for valid field time.

With that said, where should Arizona focus their attention in the first two rounds?

In March, the Arizona Cardinals lost Patrick Peterson to the Minnesota Vikings via free agency.

But, they did recently sign former Patriots and Titans CB, Malcolm Butler.

While Butler will bring championship experience and veteran leadership to a young secondary, Arizona should look for a cornerback in the first round.

With pick 16, Arizona should be able to land one of the top three cornerbacks in the class.

With many expecting Caleb Farley and Patrick Surtain to go back-to-back at 10 & 11, the Cardinals do have a good shot of landing Horn at number 16.

While certainly anything can happen on draft night — whether it be trades or shocking selections — many are speculating that Arizona will go with a corner in the first round.

The departure of Patrick Peterson leaves a gaping hole in this secondary.

A player of Horn’s caliber — great size and speed — can make an ultimate difference on day 1.

In 2019, the Cardinals practically got Kenyan Drake for free in a trade with the Miami Dolphins.

After nearly a year and a half with the team, Arizona let him test the waters in free agency and ultimately, ended up losing him.

As it currently sits, the Cardinals HB1 is Chase Edmonds.

A player who is still a development piece on this roster and isn’t seen as a true number one.

While Arizona can remain patient and look to whatever is left of free agency after the draft, they may want to use their second round pick on a running back.

Barring any trades from Arizona — that would move them back in the draft — it is highly unplausible that they select one of the two at pick 16.

Nevertheless, this draft class is pretty deep at the running back position and Arizona may be able to snag a potential starter in the second round.

The player to keep your eye on is Ohio State’s, Trey Sermon.

Throughout his tenure with Ohio State, Sermon bulldozed his fair share of defenders.

With the expected return of Chandler Jones and the addition of J.J. Watt, this may come as a surprise.

But, both of those guys are getting up there in age and have dealt with injuries in the past.

In the 4-3 defensive scheme in Arizona, they certainly could use another edge rusher.

Certain mock drafts have Arizona trading down and selecting an edge rusher, while others have them taking one at pick 16.

Truthfully speaking, it all depends on how the draft plays out.

Each team has their own draft board and cross out the names as they go.

EDGE4 in the Draft Class💪

Phillips bring a lot of speed to the equation — similarly to Azeez.

Don’t be surprised if they take another one this year.

Analyst Points Out A Sad Fact About Arizona Cardinals Season

The Cardinals Are Interviewing A Surprise HC Candidate

Cardinals Are Bringing In A Notable Coach For Second Interview

The Arizona Cardinals Interviewed A Notable Coach On Tuesday

New Cardinals GM Comments On Egos In The Building

The Cardinals Are Interviewing An Intriguing HC Candidate

The Cardinals Made The Perfect J.J. Watt Tribute Video

The Cardinals May Decide To Retain A Key Leader

Are The Arizona Cardinals Super Bowl Contenders In 2021?

The Cardinals Are Now Dealing With Another Key Absence

Colt McCoy Steps Up In An Impossible Situation