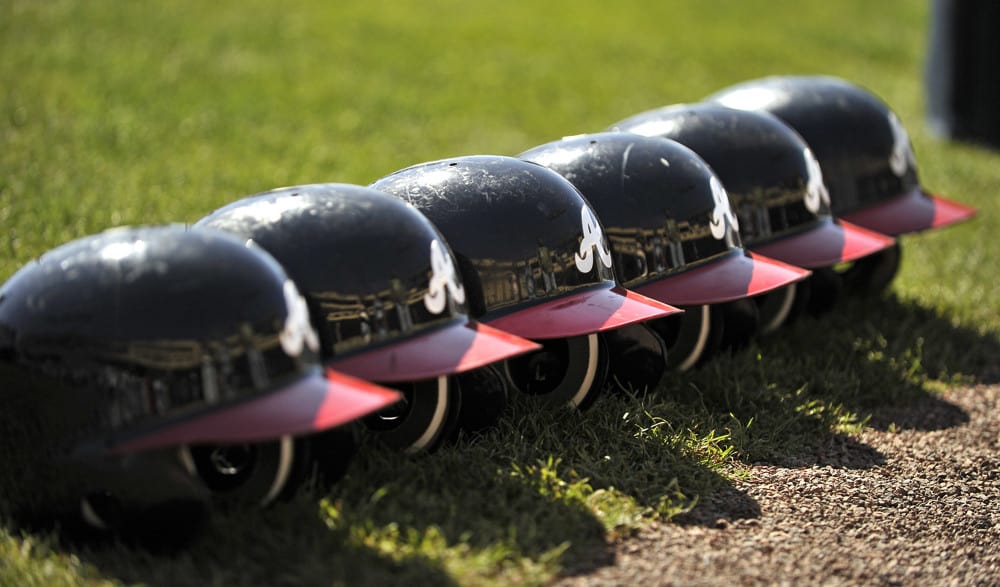 The Atlanta Braves have been well represented in the Hall of Fame in recent years.

Recently, their “Big Three” of pitchers were inducted into Cooperstown.

This included Greg Maddux, John Smoltz and Tom Glavine, who each dominated their era on the mound.

Chipper Jones was also the most recent Brave to be inducted after earning 97.2% of the vote.

Other than those players, the Braves lack much representation in the Hall of Fame.

Who are three of their former players that deserve a spot in Cooperstown and could make it someday?

Murphy spent a large majority of his 18-year career with the Braves.

Throughout his time in the league, he established himself as one of the most dominant hitters in all of the MLB.

This was particularly notable in his back-to-back MVP awards in 1982 and 1983.

In each of these seasons, he hit 36 home runs and led the league in RBI.

He is also one of two players that won consecutive MVP winners and haven’t been elected to the Hall of Fame.

He also had a rapid decline in production, as most of the numbers were collected in his 15 years with Atlanta.

When looking at that, it is important to consider that he has one of the best six seasons stretches from 1982-1987.

Because of this, he could certainly have a spot in the Hall of Fame.

Based on the merit of these statistics, his resumé is comparable to other players that have already been inducted.

Over his 17-year career, Jones established himself as one of the best centerfielders of all-time.

Defensively, there are few players that rank ahead of Jones.

According to advanced metrics, he is actually the best defensive centerfielder in MLB history.

#TBT to when there was nothing Andruw Jones couldn’t catch. pic.twitter.com/KlfXoxgOSZ

He saved 234.7 runs defensively over his career, which ranks well above comparable players like Willie Mays and Roberto Clemente.

On top of his defensive prowess, Jones hit 434 career home runs including a whopping 51 in 2005.

However, he only totaled 1,933 hits with a .254 average which both fall short of typical Hall of Fame marks.

Many of his poorer hitting seasons came later in his career as his batting average steadily dropped with his age.

Regardless of some offensive struggles, Jones deserves recognition in Cooperstown.

McGriff was a staple member of the Braves in the 1990s.

He was a consistent source of production from the first base position over his 19-year career.

However, his biggest retraction is his defensive struggles.

McGriff’s last year on the ballot was in 2020 as he failed to earn the required 75% of the vote.

Because of this, he fell off the ballot and Hall of Fame consideration.

This is a major let down from the Baseball Writers Association of America as McGriff deserves a spot in Cooperstown.

Of course, he played in an inflated era of offense that diminishes his numbers.

However, in a time where steroid use was widespread and pervasive, McGriff reportedly remained clean.

This should also be taken into consideration.

With all of this in mind, he should make it into the Hall of Fame someday.

Each of these three players put together standout careers in the MLB.

They carry resumés that are deserving of a spot in the Hall of Fame, and could very likely become the next representatives of the Atlanta Braves in Cooperstown.

The Braves Have Already Shut Down A Major Trade Rumor

Spencer Strider Had A Historically Elite Mark In 2022

Braves Fans Will Be Thrilled With Ownership's New Goal

2 Moves The Braves Should Make This Offseason

Braves Manager Comments On What Awaits In Philadelphia

Graphic Shows How The Braves Love Extra Pressure On Offense