You are here: Home / Sports / MLB / 3 St. Louis Cardinals Players Who Should Be Hall Of Famers 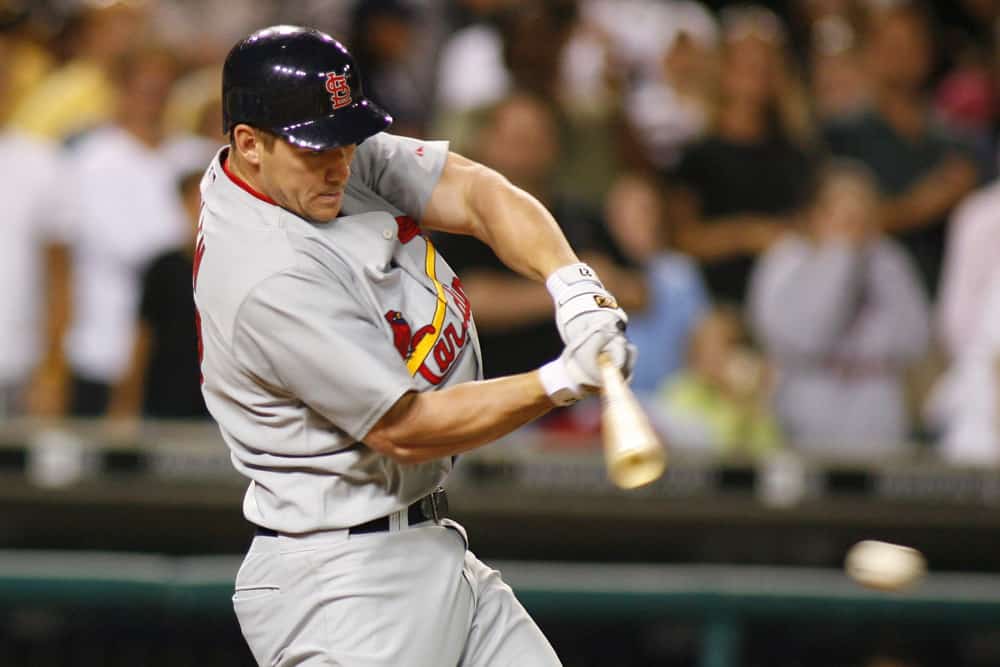 The St. Louis Cardinals have one of the longest and most storied histories in the sport of baseball.

In 1900, the team officially changed their name to the “Cardinals” and started their role as an integral part of the National League.

The franchise has won the second most World Series titles ever, winning 11 over the past 100 years.

They have a track record of having some of the best players in MLB history, with the third most Hall of Famers of all-time.

However, while the Cardinals are well represented in Cooperstown, there are still players that deserve a spot who haven’t gotten it yet.

Here are three former Cardinal players who deserve a spot in the Hall of Fame.

In recent years, Rolen has gained more attention in the Hall of Fame conversation.

While many may not remember him as one of the league’s most dominant players, he actually put together one of the best careers by a third baseman.

These numbers are far from Earth-shattering, but they are solid.

However, by advanced metrics, Rolen stands out much more.

His career war of 70.1 is ninth-best among all third baseman in MLB history.

One of the best to ever man the 🔥 corner. Is this the year Scott Rolen is inducted to the #CardsHOF?

On top of this, he won eight Gold Glove awards, tying him for third-most all-time at the third base position.

He was also a central member of the Cardinals’ 2006 World Series run, hitting .421 in their series against the Detroit Tigers.

With all of this, Rolen has an interesting case for making the Hall of Fame.

In his first year on the ballot, Edmonds did not earn enough of the vote to stay on.

However, he actually has a career resumé that deserves more consideration.

During this time, he struggled with some injury shortened seasons during the prime of his career, including the 1999 seasons where he played just 55 games.

Edmonds also got it done on the defensive side of the ball.

In the demanding centerfield spot, he earned eight Gold Gloves.

He was also known for his outstanding, highlight reel plays.

While he is certainly on the borderline for the Hall of Fame, he deserved more time for consideration on the ballot.

Flood is another player whose personal statistics may not seem Hall of Fame worthy on paper.

However, you have to delve into his career beyond just the numbers.

He also led the MLB in hits during 1964 with 211, earning his first career All-Star appearance.

This level of play continued to 1969, where Flood remained a solid MLB hitter.

However, after the 1969 season he refused a trade to the Philadelphia Phillies which sparked the push for players’ free agency.

He was the primary reason for the destruction of the reserve clause, as players started fighting for players’ rights.

Because of his labor efforts, Flood was exiled from the MLB and played just 13 more games.

Flood was a pioneer for modern baseball and was a good player to go along with it.

He certainly deserves a spot in the Hall of Fame because of these contributions to the sport.

They deserve recognition for the careers that they put together, and could be the next Cardinals players in line to enter Cooperstown.

Adam Wainwright Reminisces About His Childhood

2 Cardinals Stars Had Seasons To Remember

Adam Wainwright Congratulates A Former Teammate On A Great Career

3 St. Louis Cardinals Players Who Should Be Hall Of Famers