You are here: Home / Sports / NBA / Kevin Durant Claps Back At Odd Criticism Thrown His Way

Twitter was abuzz Thursday evening when NBA analyst Nick Wright made some wild comments about Kevin Durant of the Brooklyn Nets.

Wright said that he felt sorry for Durant because he has always been considered second-best to LeBron James.

Wright added that Durant is now being surpassed by Giannis Antetokounmpo of the Milwaukee Bucks.

There were many who agreed with Wright.

However, many more thought he was way off base and that there is no way you can consider Durant “second-best.”

Even Durant got into the conversation about Wright’s tweet.

Don’t feel bad for the god. Life has been incredible little Nicky 😁 https://t.co/fZ0jrPHXHm

Durant included a smiley face emoji in the tweet but you could tell he thought the initial claim was obnoxious and incredibly wrong.

Durant has never been one to get too riled up by criticisms of him.

He might get into Twitter spats occasionally but his focus is always on the game and only the game.

This sort of mindset has led to him winning a couple of championships with the Golden State Warriors and 11 All-Star appearances.

But now Durant is facing his biggest challenge yet: getting the Nets far into the postseason.

This comes after a year of injuries, absences, and mishaps.

Even if the Nets don’t make it far in the playoffs, his greatness still stands.

He really is one of the best players in the league and comparing him to other pros in the NBA is really silly.

Deciding who is the best player alive is about so much more than simply stats and numbers.

And, of course, it’s all subjective.

The bottom line is this: don’t feel bad for Durant – his place in history is cemented. 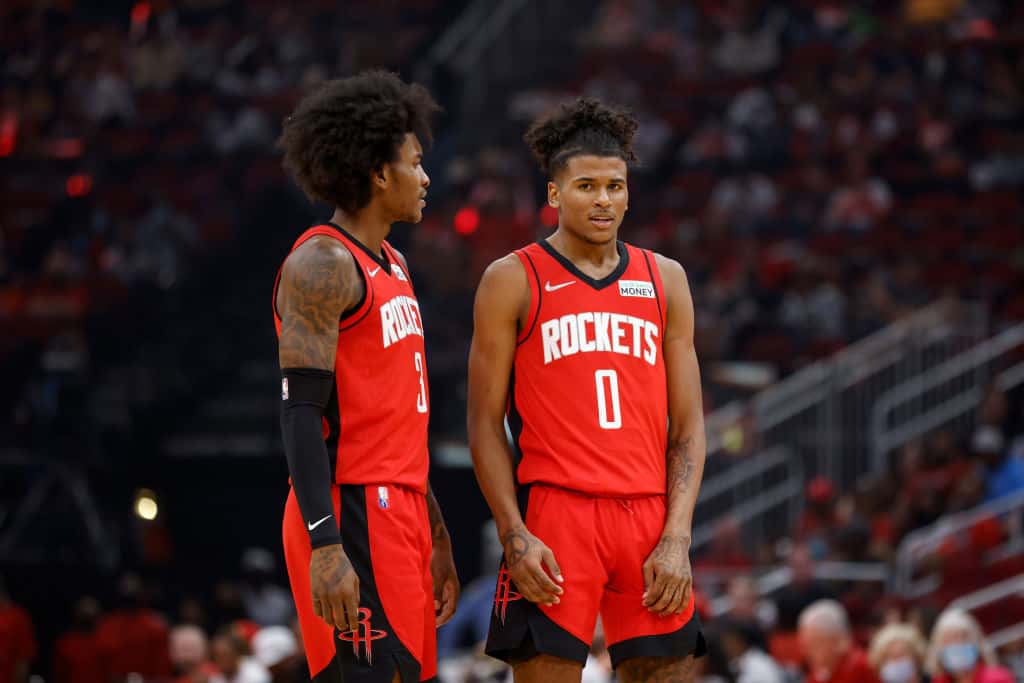 Kevin Durant Claps Back At Odd Criticism Thrown His Way