The New York Mets appear primed to make it back to the playoffs in 2021.

So far, the Mets have had an active offseason.

They made a blockbuster move to acquire Francisco Lindor and Carlos Carrasco from the Indians this offseason.

Francisco Lindor trade to the Mets is being “finalized,” per @JeffPassan pic.twitter.com/h4Z3puwZ9j

This added to one of the best starting rotations in all of the MLB and bolstered their lineup even more.

Now, they are heading into the 2021 season looking to be a threat in the National League.

While these trades have taken a toll on the organization’s minor league system, there are still some prospects who may eventually have a bright career in the MLB.

Here is a look at the three best Mets prospects going into 2021.

The young shortstop is just 19 years old and was an International free agent signing by the Mets.

So far, he has just seen A-ball and has immense upside.

Would you like to see a few of #Mets prospect Ronny Mauricio's best swings today? Here you go. pic.twitter.com/GjCtVVSYqw

At 6-foot-3, Mauricio has a tall and lanky athletic body.

He is just 166 pounds and will likely grow into his strength as he ages and matures.

Of course, at his age, there is still a lot of time for development.

However, there is much excitement in the organization for Mauricio.

Crow-Armstrong was drafted by the Mets in the first round of the 2020 MLB draft.

He was taken straight out of high school, so the young 19-year-old still has plenty of time to develop.

Pete Crow-Armstrong is a name to watch in 2021.

The Mets outfielder is one of our 13 breakout prospect picks this year.

His projections show him becoming a high-grade center fielder that may have the chance to stick at the top of the lineup.

He isn’t the largest player, but he is an adept outfielder with plenty of speed.

A comparable MLB player would be Jacoby Ellsbury, which is a potentially high ceiling to match.

Crow-Armstrong also comes from Harvard-Westlake, a high school program that has become an MLB talent factory.

This is impressive pedigree to have connections with, showing that Crow-Armstrong has a solid background of baseball.

However, after the COVID-altered 2020 season canceled minor league baseball, he missed on a year of development in the organization.

Because of this, it will be interesting to see how he progresses moving forward.

Baty was another high school draft pick for the Mets.

He was taken in the 2019 draft and projects as a future corner infielder in the MLB.

While most high schoolers are young when they are drafted, Baty is already 21 years old.

His best tool is above average raw power, projecting to translate well at the hot corner for the next level.

With the No. 12 overall pick in the 2019 #MLBDraft, the Mets select Brett Baty, a 3B from Lake Travis HS in Austin, Texas.

Baty was No. 15 on the BA 500. Read his scouting report right here: https://t.co/mb7Nl0HvJc pic.twitter.com/hdiPuMYHAU

He is also a left-handed bat that would be a nice power compliment to first baseman Pete Alonso.

While the Mets third base position is occupied by J.D. Davis, there may be room at the spot by the time Baty is ready for the MLB.

The team has been searching for that piece at the corner ever since franchise star David Wright retired.

Even though each of these prospects may be far off from the majors, they may make their names known in Queens someday.

While the Mets may not have many major league ready prospects, they are certainly built well and prepared for the future. 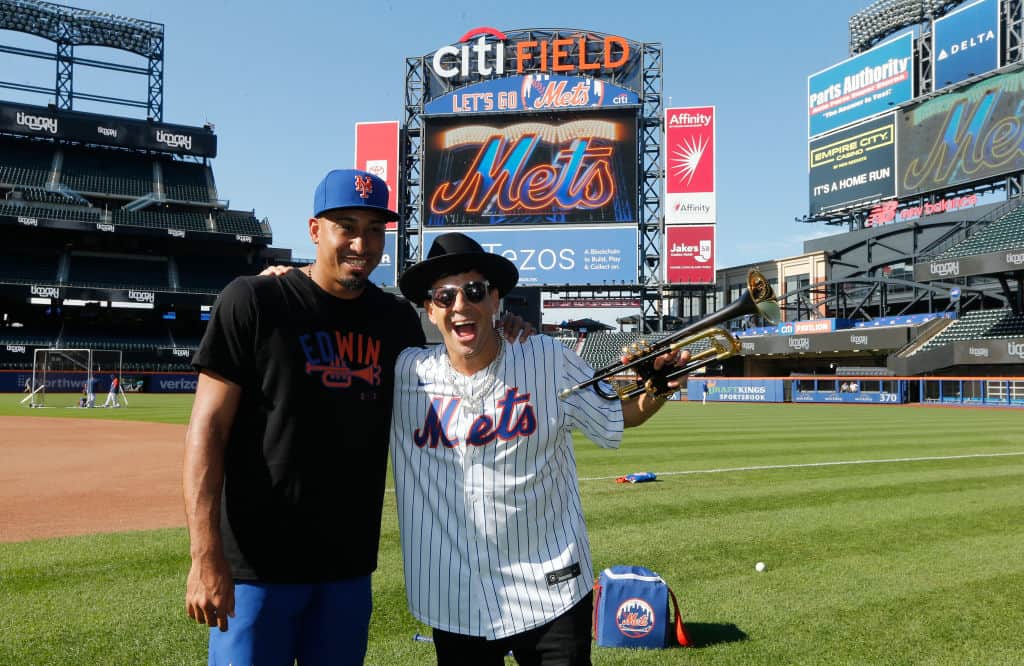