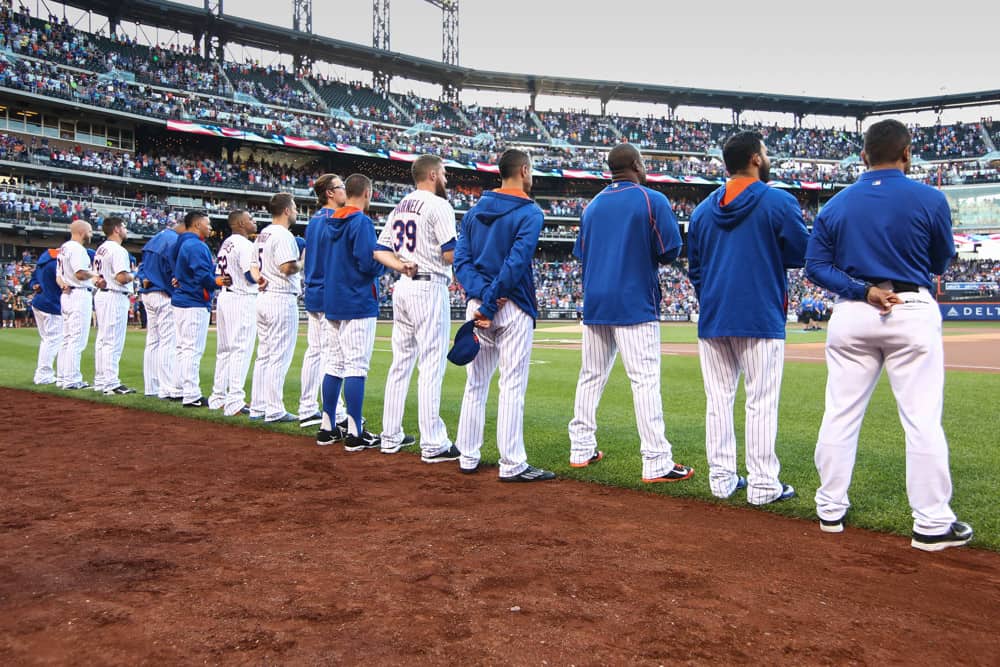 The New York Mets are making their presence known to the rest of the league.

This comes after the team made a blockbuster move to acquire shortstop Francisco Lindor from the Cleveland Indians.

Francisco Lindor trade to the Mets is being “finalized,” per @JeffPassan pic.twitter.com/h4Z3puwZ9j

Many also believe that the organization will not stop there.

In fact, there are still considered to be strong frontrunners for some remaining free agents.

Because of this, they will have a new look lineup going into 2021.

Here is a preview of what to expect from the club in this next season.

If the Mets continue making moves, here is what their lineup could look like:

Of course, the addition of Springer is a major assumption here.

It isn’t unrealistic though.

This type of lineup would give the Mets one of the best in all of the MLB which, when paired with their potentially dominant pitching staff, gives them a deeply talented roster.

In Francisco Lindor, the Mets are adding one of the top shortstops in the MLB.

He will be a major difference maker right away.

The addition of Lindor gives the Mets one of MLB’s best shortstops.

In his young career, he has quickly developed into a balanced source of offensive prowess and defensive talent.

When paired with batting averages that are consistently above .270, Lindor becomes a premier offensive threat at shortstop.

However, he struggled in the COVID-shortened 2020 season.

If he is able to have a bounce back season, he will be a clear upgrade over the Mets’ previous shortstops.

Along with Lindor, the Mets picked up Carlos Carrasco.

During his time in the MLB, Carrasco has been a consistently standout arm.

He will become a solid addition to the Mets’ starting rotation as well.

While the Lindor trade didn’t necessarily help the Mets’ odds of signing Springer, they are still considered one of the favorites.

The team’s new owner, Steve Cohen, has expressed interest in putting together a competitive team.

He has also made it clear that he is willing to spend.

Because of this, the Mets are still considered one of the frontrunners for Springer.

The best thing about the Lindor/Carrasco trade:

The #Mets are still the frontrunners for George Springer.

While the team opted for a cheaper catching option in James McCann, they were able to save money for free agency.

However, if they look to sign Lindor to an extension, they may run into financial issues.

Otherwise, Springer could be wearing a Mets jersey come April.

He fits right into their lineup and is a clear upgrade over Brandon Nimmo.

George Springer has done it again.

He sets an Astros single-season record with his TENTH leadoff HR. pic.twitter.com/hoC1VVsCUk

He also plays a solid centerfield, posting a positive defensive WAR each of the last two seasons.

Adding Springer would bring even more firepower onto the Mets roster, and expect them to not shy away from making the move.

This is an exciting time for Mets fans.

After years of mediocrity, their new owner is showing a willingness to make big moves.

With their lineup after adding Lindor, the team already has one of the best offenses on paper.

If they can also sign Springer, there is no telling what their team can do.

Either way, it should be an interesting season for the Mets as they have thrust themselves into the conversation of NL East favorites.