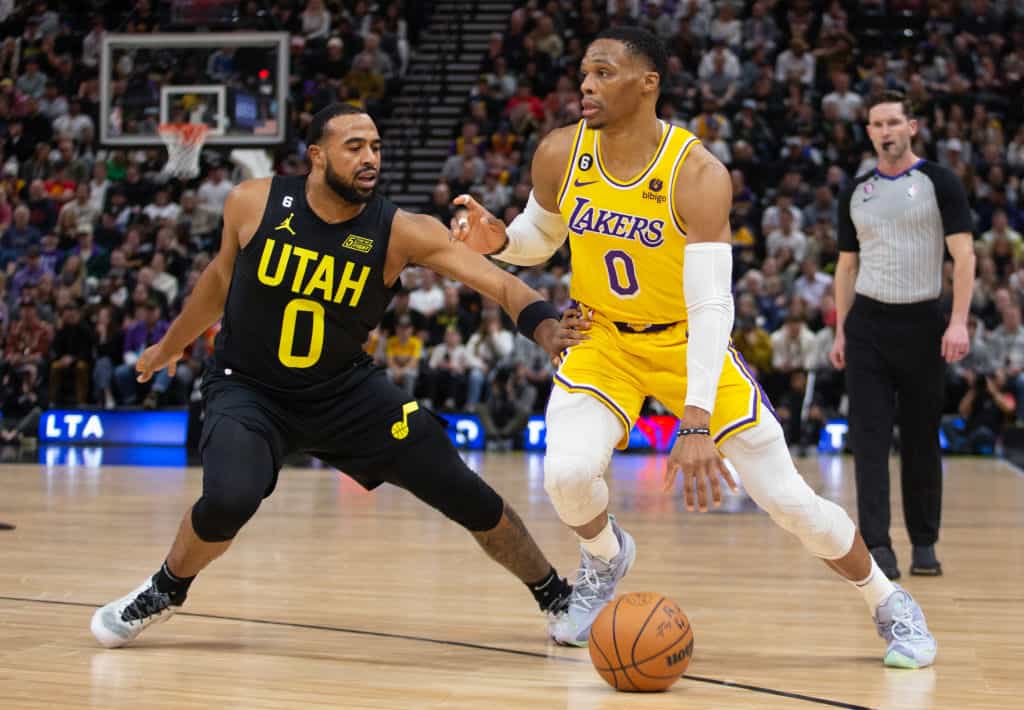 Things are not going very well for the Los Angeles Lakers right now.

The team lost yet another game on Wednesday night, falling to an awful 2-9 record after a couple of weeks.

Right now, it looks like the Lakers might not ever turn things around and they may be doomed to sit toward the very bottom of the Western Conference.

Russel Westbrook is now the front runner at +175 to win 6th man of the year.

But at least things are looking better for one part of the team: Russell Westbrook.

Westbrook has been great lately after a series of very bad games to start the season.

On Wednesday, he nearly scored another double-double and put up 14 points and 8 assists coming off the bench.

Westbrook’s major turnaround has earned him a lot of praise from even the most critical fans.

And now he’s the frontrunner for Sixth Man of the Year, according to betting site Odds Shark.

This is a huge change for Westbrook, who has quickly and expertly adjusted to his new role on the team.

It’s only been a couple of weeks but the start of the season feels like a lifetime ago for Westbrook.

In those opening games, his shooting percentage hovered around 20% and he was missing just about every shot he took.

Things were so awful that cries for a trade featuring Westbrook were heard all over the league.

Since coming off the bench, the former MVP has looked so much better.

He has been averaging 18.6 points, 5.1 rebounds, and 7.1 assists since becoming a bench player.

The Lakers Stay Committed To Their Plan

The Lakers Will Be Short-Handed Against The Raptors

Lakers Star Is Sitting Out For The Best Reason

The Lakers Are Weighing Their Trade Options

The Lakers Have A Tough Road Ahead Of Them

One Lakers Star Is A Fourth Quarter Hero

The Lakers Had Smooth Moves During Tough Loss

Do The Lakers Have Enough To Be A Playoff Team?