You are here: Home / NFL / 2 Chiefs Who Can Realistically Win NFL MVP Honors In 2021

The Kansas City Chiefs are only one year removed from their Super Bowl Championship season in 2019.

The two-time defending AFC Champions (2019 and 2020) have retooled in the offseason and look to be contenders again in 2021.

There are superstars on this team so several of them could win the NFL MVP award in 2021 if they have a great season.

Here are two Chiefs in particular who could realistically win the NFL MVP award in 2021.

The 2018 NFL MVP is a contender for this award every season he is healthy.

Though he has not yet matched the stats of that magical 2018 season, 50 touchdown passes and 5,097 yards, he is only 25 years old so he has plenty of time to attain those numbers again.

In addition to youth, Patrick Mahomes has something else on his side in 2021 with an improved offensive line.

Mahomes suffered too many sacks in 2020 and dealt with injuries so the Chiefs were wise to put their money and resources to help him be even better in 2021.

.@PatrickMahomes when he sees the new additions to the @Chiefs' offensive line. 😂 pic.twitter.com/F7CVgwZ9wR

Coach Andy Reid talked about the changing dynamics of the Chiefs’ offensive line for 2021.

“We have some guys returning that were on that Super Bowl team, too. So we’ve got great depth and there’ll be competition. And as you know, Mooch, competition brings out the best in everybody. And so, we’ve got that now on the offensive line and these guys will battle it out. The kids that were on that Super Bowl are tough kids, it just wasn’t our day. And things didn’t quite work out right, it’s not all their blame for sure. And that’s not where we were going with this. We just hadn’t done a whole lot recently with the offensive line. You need to take care of that bunch, so that’s where we went.”

That offensive line will get an early and intriguing test on Week 1 at home against the retooled defense of the Cleveland Browns.

The NFL MVP award, in recent years, has gone to quarterbacks.

Prior to that, running backs were likely recipients.

Only 3 rookies in Chiefs history had at least 800 rush yds and 250 rec yds in a season:

With this being said, second-year player Clyde Edwards-Helaire could reasonably attain the NFL MVP award if he stays healthy and plays well.

He missed three games last season with multiple injuries including a hip issue and a high ankle sprain.

Edwards-Helaire is another beneficiary of a retooled offensive line which could create bigger holes and better blocks for him.

He was voted as the Chiefs best rookie last year with 803 rushing yards and four rushing touchdowns.

Despite no preseason in 2020 due to COVID-19, Clyde Edwards-Helaire impressed Andy Reid early on.

He once again shared his thoughts with Mariucci:

“You know, he’s blessed with great leverage and lower body strength, so that helps him, and he’s an explosive kid. So he’s got good core strength and in pass protection you need all those.”

Of course, Mahomes and Edwards-Helaire are two pieces of a very star-studded Chiefs lineup so the NFL MVP could end up being one of their teammates.

As always, everyone will be keeping an eye on the Chiefs in 2021.

Cowboys Must Adjust With An Injured DeMarcus Lawrence 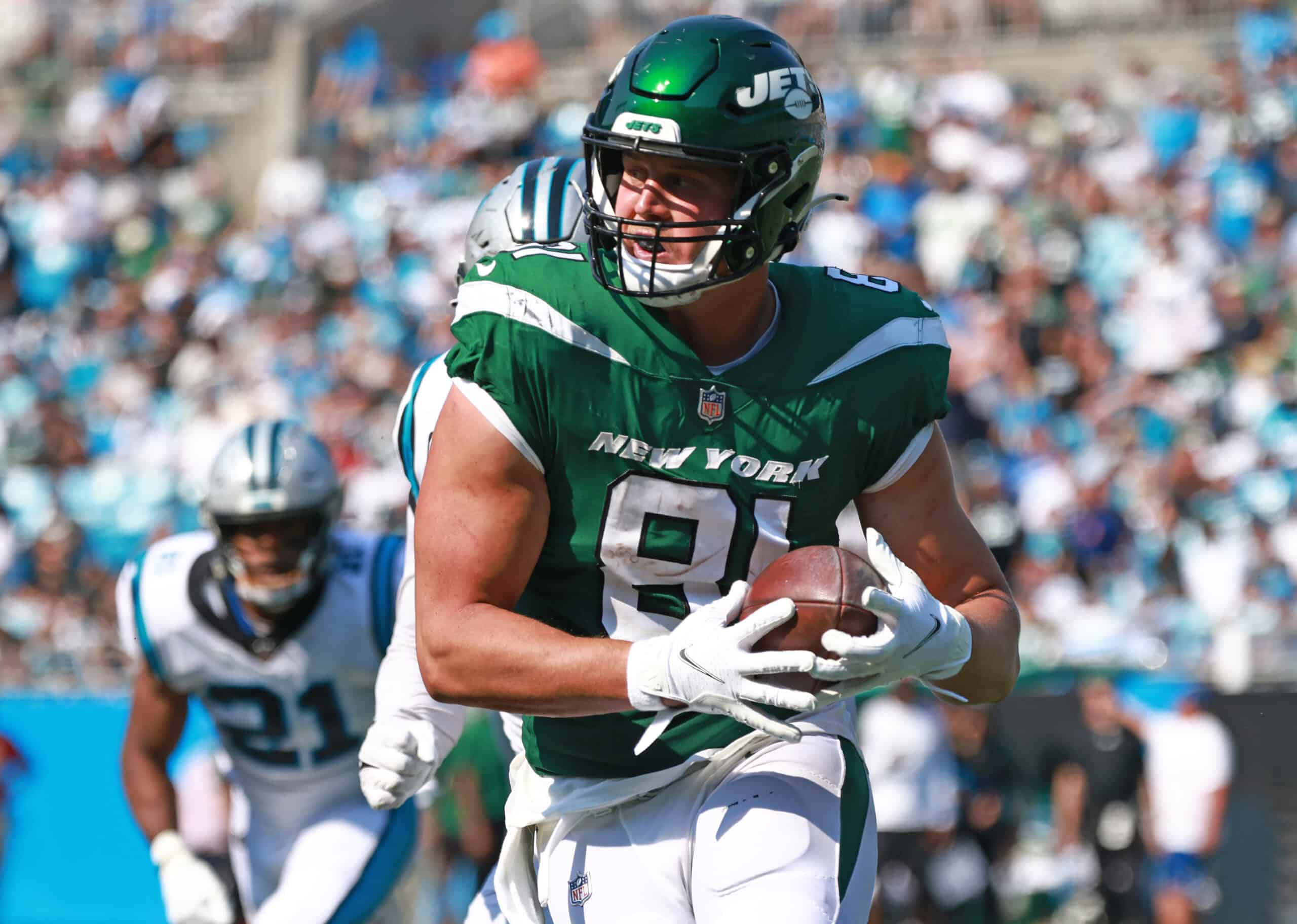 Jets Have A Chance To Steal A Win Sunday Against Patriots