You are here: Home / Sports / MLB / Yankees In Real Danger Of Missing 2021 Postseason 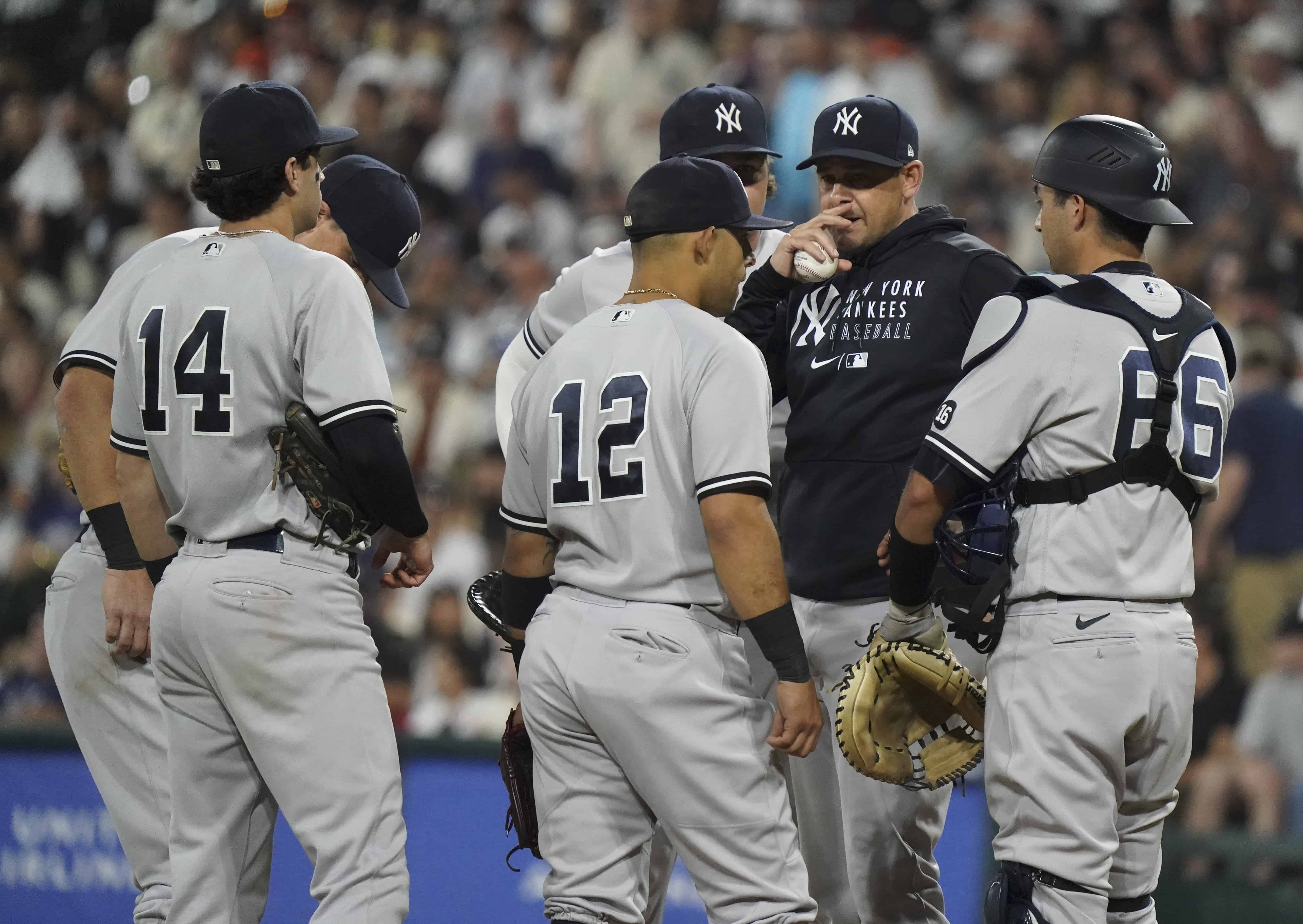 The 2021 New York Yankees are the image of inconsistency.

They won 13 straight games between August 14 and August 27, then lost four in a row, won their next two, and dropped their last six contests.

It’s really difficult to explain such a roller-coaster ride, but the reality is that the Bronx Bombers are in real danger of missing the 2021 playoffs.

As of Friday afternoon, they still hold a playoff spot: the second Wild Card berth.

The Tampa Bay Rays comfortably lead the American League East division with an 88-52 record, the best in the AL.

The 80-62 Boston Red Sox have the first Wild Card spot, closely followed by the 78-62 Yankees.

This means that there are five teams fighting for two playoff spots, and they are separated by only three games.

The AL Wild Card race is going to be a historic knife fight down the stretch. Five teams are currently within three games of each other fighting for two spots. pic.twitter.com/NKM3vJP1tX

The Yankees are coming off being on the losing end of a sweep by the Blue Jays, and can’t afford any additional missteps if they really want to get into October.

Each and every one of those five clubs’ fortunes can change with a really good (or bad) stretch.

All of them are contenders who made win-now moves at the deadline and will dedicate every single resource to increase their playoff chances.

In the end, two will advance and three will watch the playoffs from home.

With the way they are playing, with 10 losses in their last 12 games, the Yankees aren’t looking like a playoff team right now.

Which is worse: missing the playoffs completely or losing in the opening round? Watching this Yankees team lately I think I'd almost rather see them miss the postseason completely at this point.

The Bombers’ offense hasn’t been worthy of that nickname in 2021, and is ranked 19th out of 30 teams in runs scored per game with 4.3.

Essentially, the Yankees offense is below-average by just about every measure.

It’s the pitching that has been carrying the team in 2021, and there are severe issues on that front at the moment that severely threaten the Yankees’ postseason chances.

Injuries Are Eating The Yankees Alive

Gerrit Cole, the ace, had to leave his last start this week with hamstring tightness, although it appears he will avoid an injured list stint.

He could miss a start, though, and at this point, every game matters.

The Yankees did place righty Jameson Taillon on the 10-day injured list, retroactive to September 7, with a right ankle tendon injury.

He could miss a start or two, at the least opportunistic time.

Zack Britton, one of the most trustworthy relievers of the last few years, underwent Tommy John surgery this week.

And Jonathan Loaisiga, the Yankees most reliable reliever this year, will be on the shelf for a while with a rotator cuff injury.

The Yankees’ pitching, their best unit, is taking hit after hit when it comes to injuries.

Their depth will be really tested in the next few weeks.

The Yankees no longer have the luxury of being well-placed in the standings.

They will need to win a lot of games just to secure their postseason ticket.