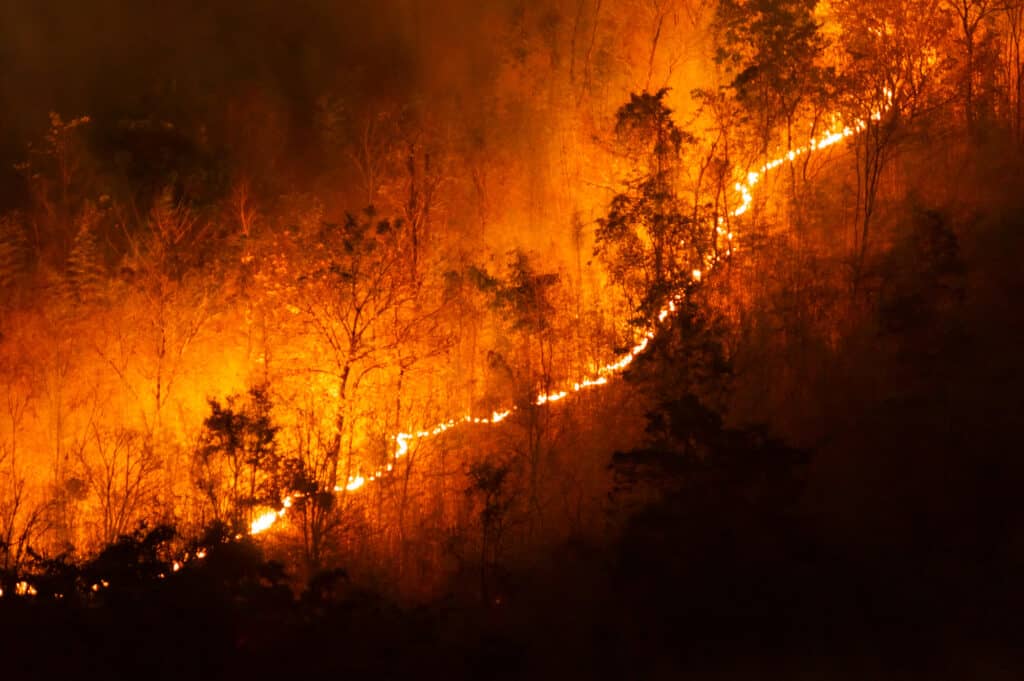 It is often difficult to absorb or understand the enormity of a natural disaster unless a human story is attached to it.

That’s how those of us may feel who do not live anywhere near Washington, Oregon, or California which are engulfed in flames from raging wildfires.

That is until we hear the tragic story of Wyatt Tofte.

Thirteen-year-old Wyatt Tofte of Lyons, Oregon, his grandmother Peggy Mosso, 71, are among them. They died trying to escape the fire that engulfed their home Tuesday morning. The three initially escaped the house with their dog &three cats, setting out in one of the family's cars pic.twitter.com/C2R2oDCpgV

Wyatt Tofte’s family lived in Oregon, and what began as a power outage on the morning of September 8 ended so sadly.

His father Chris went to get a generator while the rest of the family was still sleeping.

Wyatt’s mother Angie awoke to the house in flames.

Her mother, who was living with the family, had a broken leg and was awaiting surgery.

Angie loaded her mother into the car as well as Wyatt and all the animals.

The fire had spread so quickly she knew that she couldn’t drive the car out.

She told Wyatt to run away, and she apparently ran to get help.

Angie didn’t know that instead of running away Wyatt ran back to the car trying to save his grandma.

He apparently tried to drive the car away from the fire, but the road was so hot, the tires burned.

Meanwhile, Wyatt’s father was frantically trying to get back home.

The roads were blocked, but he drove through a blockade.

He found a woman along the road who was so badly burned.

Chris picked her up and told her that he would take her with him as he tried to rescue his family.

What he didn’t realize initially was that the badly burned woman was his wife Angie.

Wyatt Tofte, 13, died trying to save his grandmother. He attempted to drive them away, but the fire was too much. His dog was with him, draped over him, as he sat in the driver's seat of the car.

It took a frantic two day search to find the car.

When it was finally discovered, Wyatt and the family dog were in the driver’s seat.

Wyatt’s grandma was also in the car.

Everyone in the car was deceased.

While Angie Tofte survived the fires, she is in critical condition.

She is hospitalized in a burn unit in Portland.

Angie has full body burns and has a long road of physical recovery ahead.

And in addition to that, she is mourning the loss of her mother and son.

In addition to losing their home, the Tofte family will have enormous medical bills as Angie continues her recovery.

As a result, a GoFundMe page was set up for the family.

Thus far, the western wildfires have killed 35 people and scorched over 4 million acres of land.

To describe them as devastating is an understatement and the effects are felt well beyond the borders of those states.

In fact, smoke from the wildfires has drifted as far east as Michigan, that is about 2,000 miles away from the fires.

Hot temperatures and gusty conditions have created extreme difficulties for firefighters trying to contain and extinguish the flames in the region.

Public officials believe the fires are a direct result of climate change.