Bad contracts are a part of any sport.

While organizations never want to throw money away or overpay for players, it’s something that happens to virtually every franchise.

Fortunately for the San Diego Padres, there aren’t any unforgivably dreadful contracts on the team’s current payroll, but there are a couple of deals that the team likely would have changed if the front office had a crystal ball at the time of the agreement.

Here are the two worst deals the club is carrying right now.

Wil Myers is currently with the Padres on a six-year, $83 million deal.

Myers has had one really good season with the Padres and five really average ones.

He’s currently in his seventh year with the team.

Myers’ best campaign with the Padres came in the COVID-shortened 2020 season.

It was enough for Myers to finish 16th in MVP voting.

Myers’ contract was extremely team-friendly up until the 2020 season.

That $20 million number is a big one for a player who is producing roughly league average results.

Not bad by any stretch, but also not worth the big bucks.

Wil Myers has a 3-game hitting streak coming into today.

This one might not sit well with some fans, but the Padres have paid Eric Hosmer $21 million a year over the past three seasons only for him to be a slightly above-average player.

Hosmer is in the fourth year of an eight-year, $144 million deal which will keep him with the team through 2025.

Eric Hosmer’s contract will be the largest in #Padres history. Wil Myers used to hold that distinction. Myers started 153 games at first base in 2017 — and appears to be switching positions now. @MLB @MLBNetwork

This may seem harsh, but for some reason, Hosmer has always been regarded in a sense that makes him sound like a much better player than he is.

He has posted a WAR or 4.0 or better just twice and has never hit the 5.0 WAR benchmark, which is often referred to as the threshold for an All-Star-caliber player.

To be clear, Hosmer is certainly a good ball player—he’s just not worth the money he’s being paid.

This is a bad value deal for San Diego.

Defensively, Hosmer is a four-time Gold Glover, but oddly, he’s had a negative defensive WAR in nine of his 10 MLB seasons.

He doesn’t have particularly good range at first base.

His poor defensive metrics have hurt many of his overall value metrics over the years.

Fortunately for the Padres, Hosmer’s AAV will drop to $13M in 2023 and stay there for the remainder of the deal. 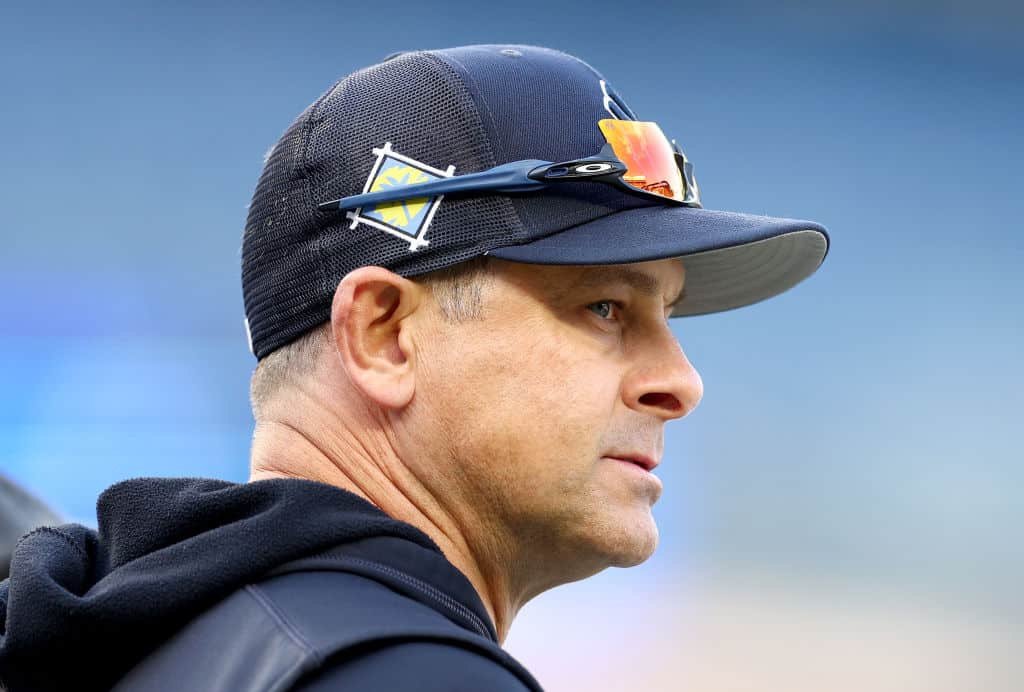 A Yankees Stat May Have Fans Worried For October