You are here: Home / The Cold Spotlight / Why Is YouTube Premium So Expensive? (Top 10 Reasons)

YouTube is one of the most famous video streaming platforms on the internet.

Like most other streaming platforms, it has a subscription membership that you can join called YouTube Premium.

Because YouTube, itself, is a free streaming platform with tons of videos on it, you may wonder why its premium service costs so much money. 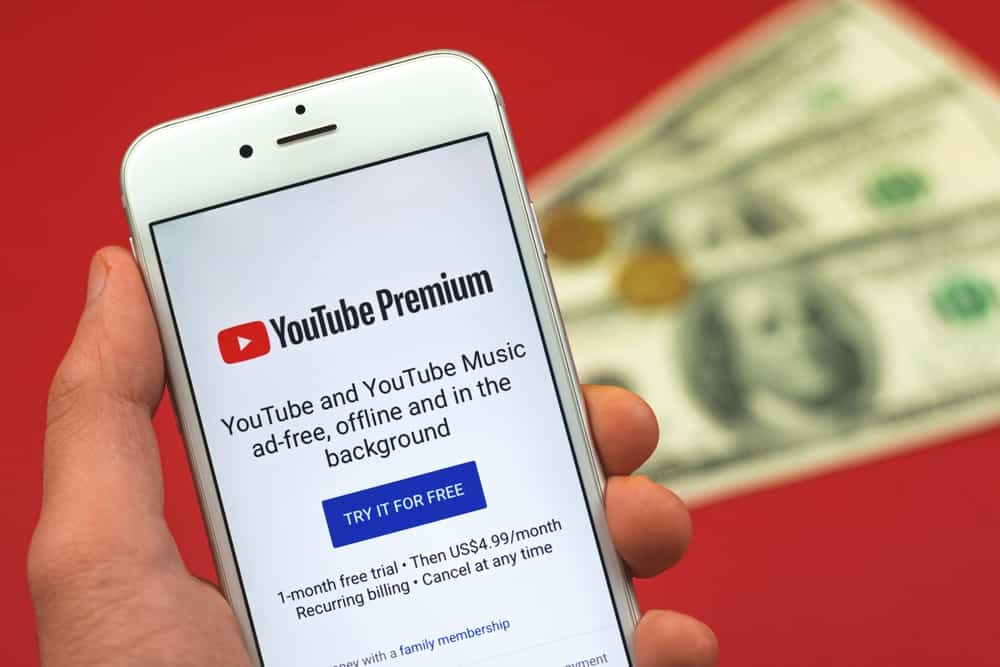 Let’s look at those factors in more detail.

1. Relies On Subscription Funds Rather Than Ads 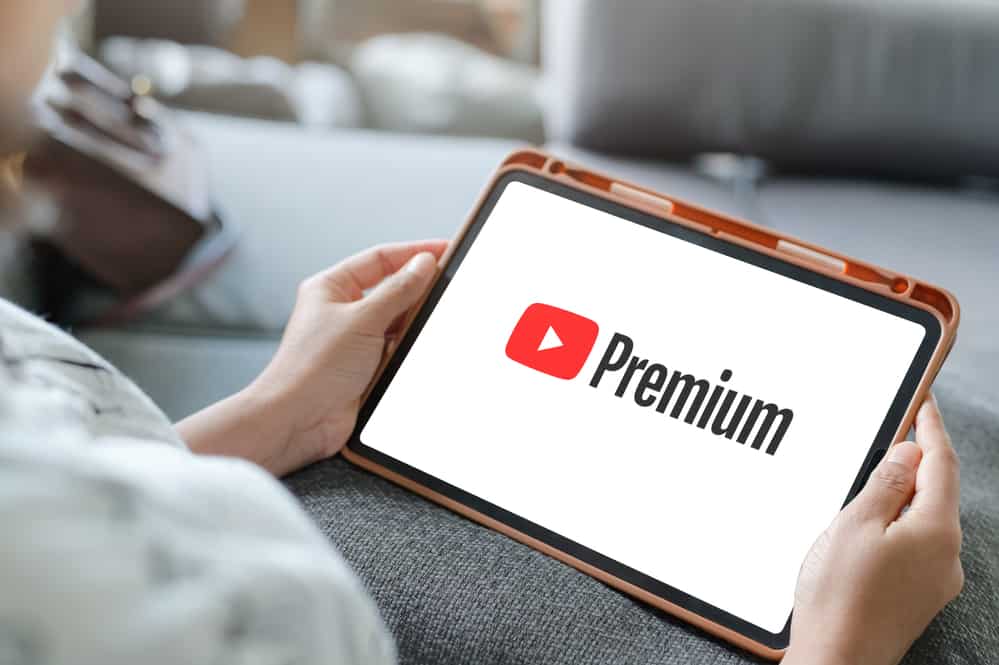 One of the reasons YouTube Premium is expensive is that it relies on the funds it gets from subscriptions rather than ads to operate its business.

YouTube normally relies on funds driven by ads for revenue.

When you watch a YouTube video without Premium, you’re usually subjected to several ads.

YouTube receives money based on the number of ads that it shows.

The monthly subscription for YouTube Premium covers the amount of money that YouTube would get from showing ads.

You give YouTube the funds it needs instead of relying on ads.

This ensures that it’s able to run its operations while still offering you benefits.

YouTube Premium is expensive because it relies on subscription funds instead of ad revenue. 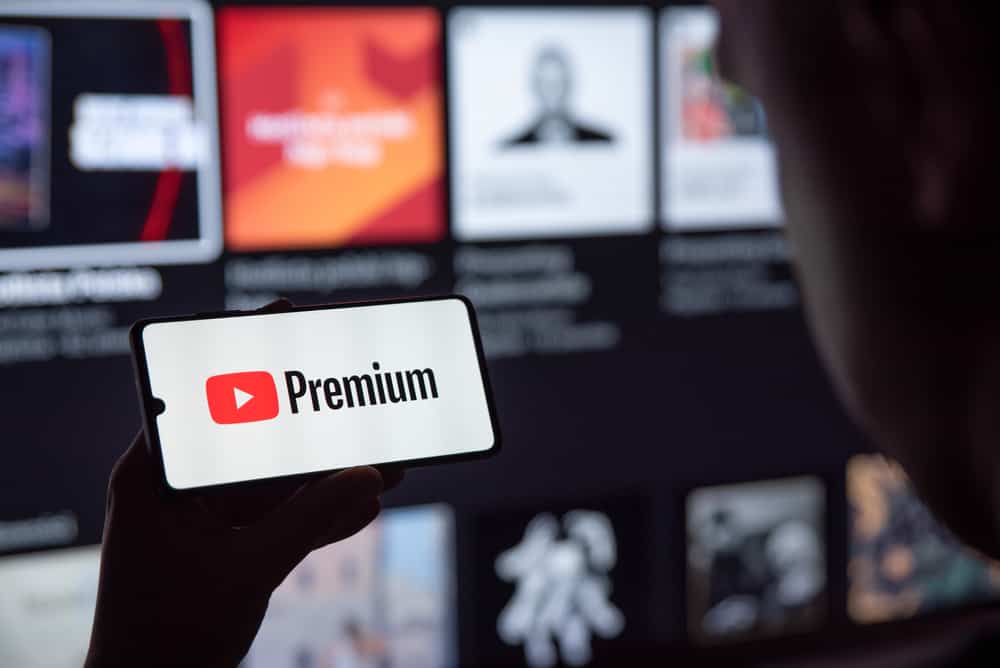 Although you may not be aware, YouTube produces its own series and films.

They don’t stream on other streaming platforms.

As such, you can only watch them on YouTube.

The reason this makes YouTube Premium expensive is that YouTube uses some of the funds produced by its subscription plans to fund those shows.

If a show needs a higher budget, YouTube might increase the price of its subscription plans further.

It’s easier for YouTube to do that than to increase the number of ads that it displays to its free customers.

Free customers can only stomach so many ads before they start looking for ad-blocking software.

Demi Lovato has her own series on YouTube, for example.

Joseph Gordon-Levitt also has his own series on YouTube.

That sort of talent costs a good amount of money.

To cover their contracts, YouTube needs to earn a certain amount of money from its ads and its subscriptions.

YouTube Premium to fund and produce YouTube’s own series. 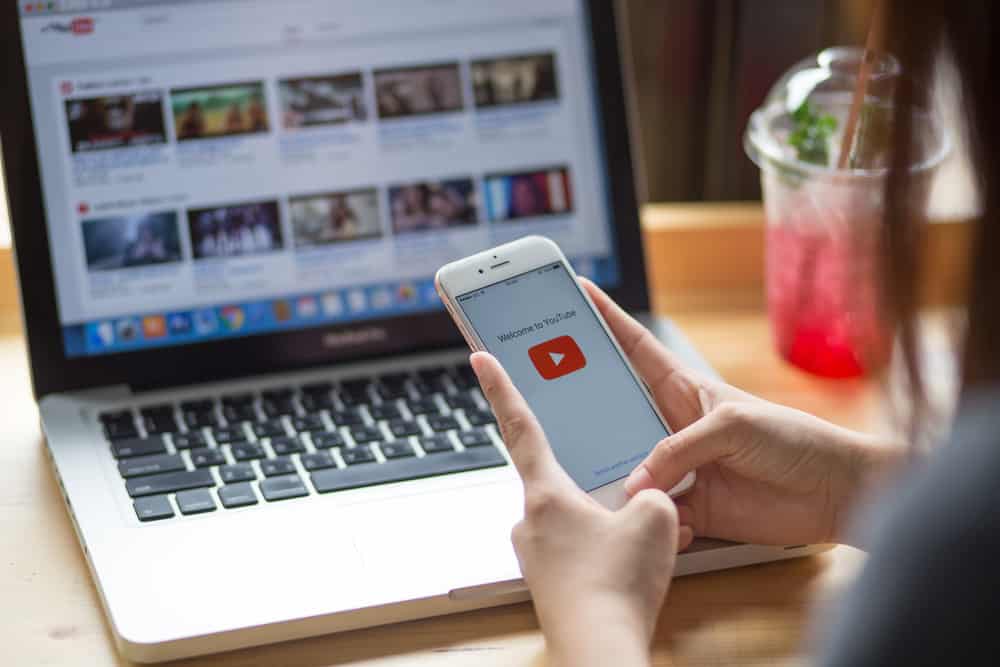 One of the benefits that you can receive by subscribing to YouTube Premium is music streaming.

Normally, you need to pay money or listen to ads to access its music library.

That isn’t the case when you have YouTube Premium.

You’re automatically able to listen to the music library and even download music.

You also get the benefit of having background tracks unlocked.

That means you can listen to the music on repeat or keep it streaming without YouTube shutting it down.

This makes YouTube Premium expensive for a few reasons.

The first is that YouTube knows a lot of people like the platform for its large music database.

It knows that some people are willing to pay to get unlimited and ad-free access to that library.

As such, they’re able to put the price of YouTube Premium at a higher point.

The sheer amount of music is another reason why YouTube Premium is expensive.

You’re essentially able to get access to tons of music beyond what you’re paying for.

Since you can download the music, you’re able to get a bunch of albums for free. 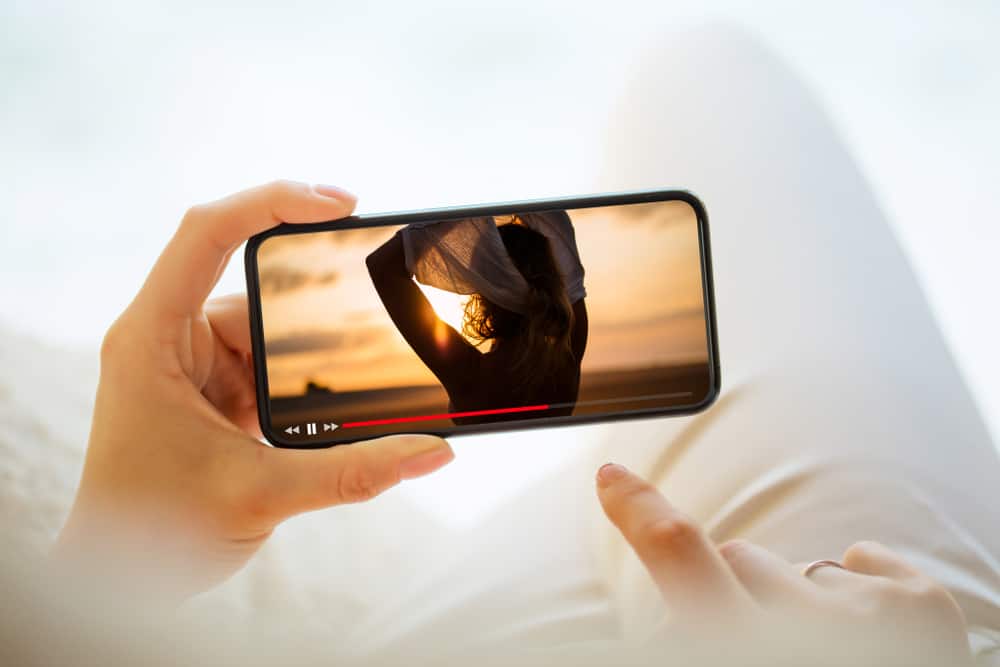 Another reason YouTube Premium is expensive is that you can watch high-quality videos.

You can watch videos in HD and higher resolutions.

For example, you can watch some of the supported videos in 4K resolution.

Whether you’re watching gaming, sports, or your favorite series, you’ll be able to enjoy a high-quality streaming service.

This makes YouTube Premium expensive for a few reasons.

YouTube knows that video quality is important to some of its viewers.

It also knows that some people are willing to pay to be able to watch their videos in the highest resolution available.

That allows them to put a high price on Premium’s service.

Secondly, it also means that YouTube has to do a bit more work to ensure those videos are in high-quality resolutions.

That might mean checking the video to see its resolution.

It might mean processing the video to make it high-quality.

Since it requires more work on YouTube’s part, they’re going to offset that cost with more expensive subscription plans.

YouTube Premium is expensive because it supports high-quality videos. 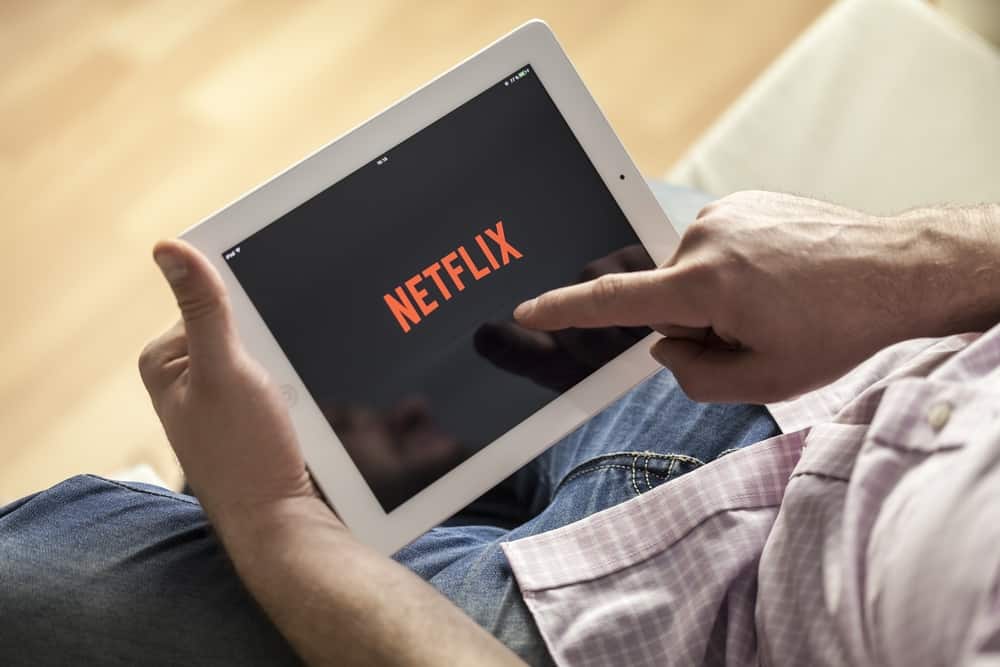 YouTube is also facing a lot of competition in the streaming space.

Back in the day, YouTube was the go-to place for streaming.

It was the only place that allowed you to upload and watch videos made on the internet.

Those days quickly vanished with the emergence of Netflix and Twitch.

They started tuning in to Netflix instead.

When Twitch introduced itself as a place for live-streaming content, it also took away a large portion of YouTube’s audience.

Other streaming platforms have also emerged to take their slice of the cake.

HBO, Paramount, and even Disney all have streaming platforms now.

There’s more content than ever on the internet for people to watch.

As a result, it means fewer people are watching YouTube.

That impacts the number of ads that YouTube can service.

With fewer eyes watching the ads, it means YouTube isn’t making as much money.

To make up for that fact, they increase the price of their subscription plans.

They can’t force people to watch their ads without risking losing more.

The only thing they can do is raise the price of their subscription plans. 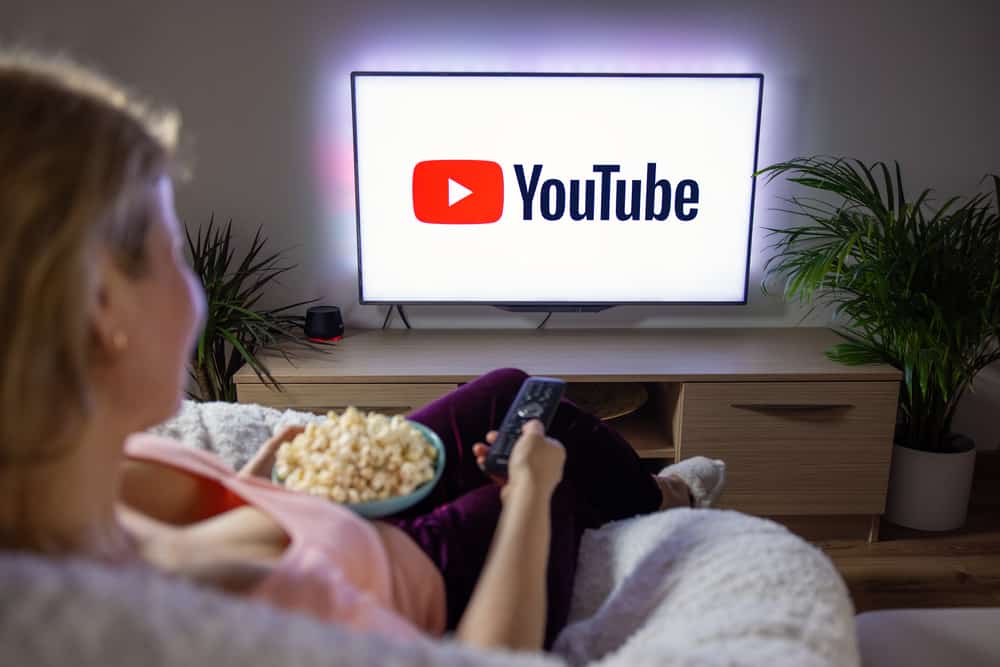 You’ll notice that the family plan for YouTube Premium is more expensive than the individual plan.

It covers up to five family members.

Whether it’s between parents or older children, they expect that the family is going to split that cost between themselves.

If two people are sharing the cost, the family plan only really costs $11.50.

Clearly, the more family members who share the cost, the least expensive it is.

Naturally, it isn’t always the case that the family plan gets split among family members.

In many cases, it’s just one person who ends up paying the full cost.

If you’re that one person, YouTube Premium can be pretty expensive.

YouTube Premium is expensive when you’re not sharing the cost with others on the family plan. 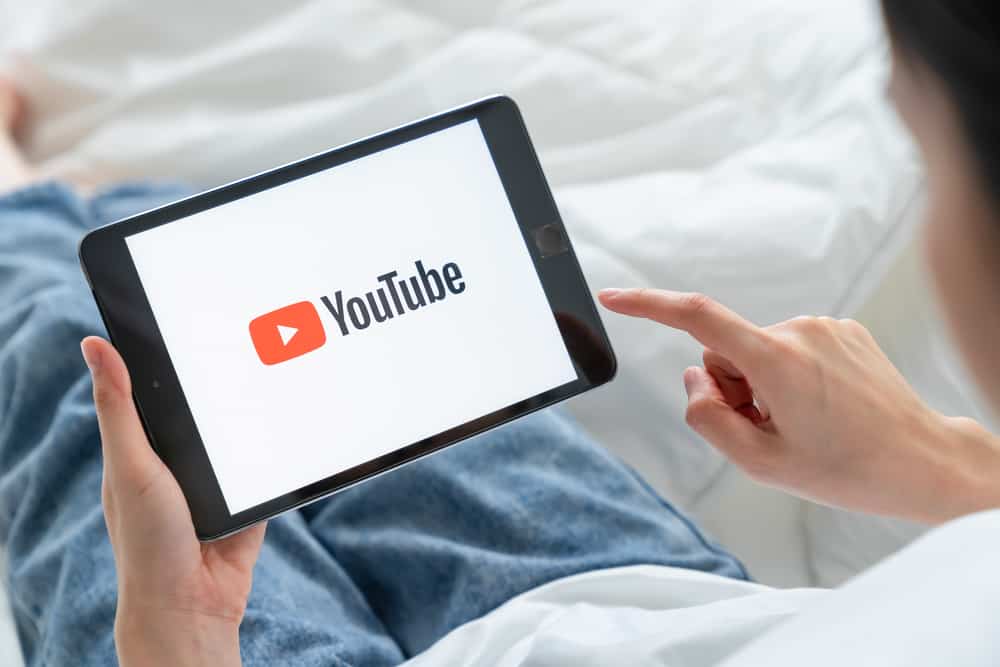 Another reason YouTube Premium is expensive is that you’re paying for convenience.

There are lots of benefits that YouTube Premium offers.

For one, you’re able to watch videos without ads.

You no longer have to worry about watching your favorite streamer only to get interrupted by ads.

If you’re working out and following a video, you don’t have to worry about an ad interrupting your routine.

That’s convenient in itself.

You can enjoy a more relaxed version of YouTube.

Another convenient benefit is your ability to download videos.

If you know you’re going to be without internet for a while, you can download a video or two to keep yourself occupied during that time.

You don’t need an internet connection to watch downloaded videos.

It also ensures that you always have those videos on hand even if the channel deletes them.

Finally, you can watch YouTube in the background without prompting you if you’re still watching.

Whether you use it for white noise, background music, or just as some noise in the background, YouTube Premium’s background feature is also convenient.

These are all conveniences.

They’re not things you need to live. Since they’re convenient, you can expect to pay a convenience fee of sorts. 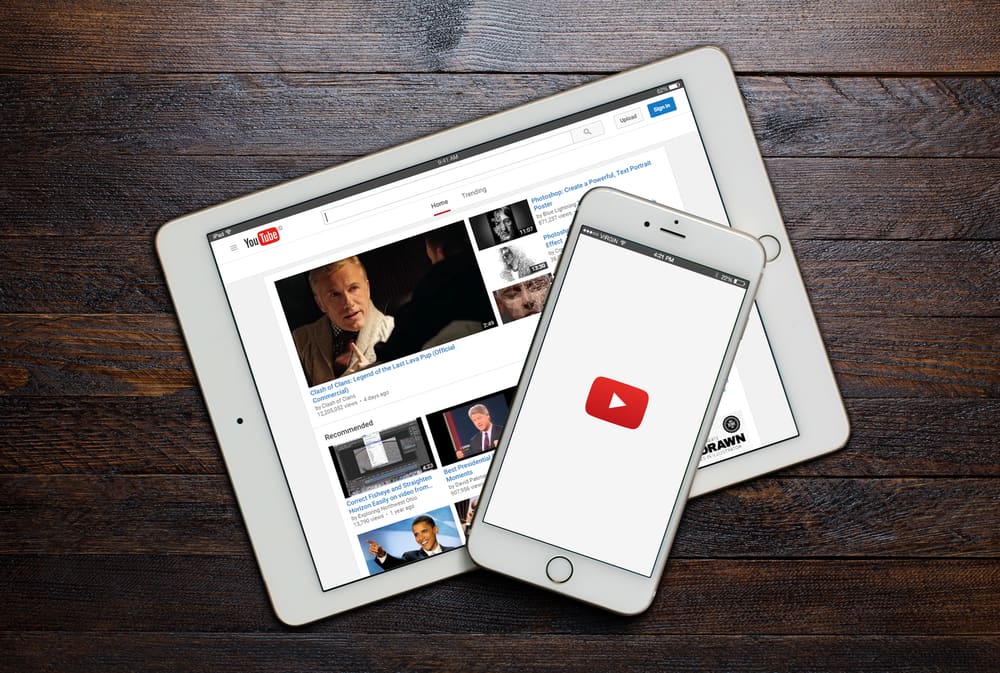 If you watch YouTube on your Apple device, you’re also going to be paying more for YouTube Premium.

When YouTube raised its prices for its subscription plans, Apple users saw an even higher price.

YouTube Premium is more expensive on Apple for a few reasons.

The first is that Apple charges all apps on its platform fees.

If an app wants to be on Apple’s database, it has to pay.

YouTube is offsetting that fee by charging more for the use of its app on that device.

This ensures that it remains profitable.

It also encourages people to stop using Apple. Instead, they’re encouraged to go to the website directly.

This essentially allows YouTube to make as much money as possible.

They don’t have to share it with a third-party device.

YouTube Premium is expensive when you’re using it on an Apple device. 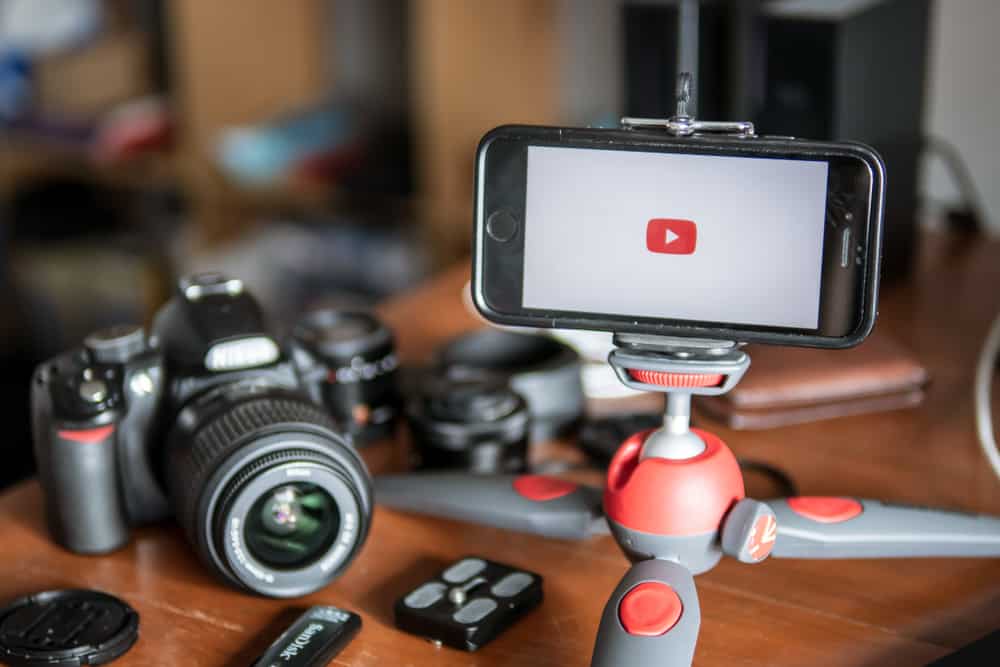 YouTube is home to tons of channels. A lot of people are trying to make it big by becoming a celebrity on YouTube.

Considering that YouTube can make millionaires out of people, it makes sense that people are doing what they can to bring attention to their channels.

While this also means more money for YouTube, it’s a fine balance that they have to walk.

Too many creators without enough ads mean that YouTube is losing money.

That’s why they have specific requirements for channels before they can start earning money.

To further ensure they’re able to support creators while also making money themselves, they keep a close eye on their subscription plans.

If they want to fund more creators, especially for original content, they might need to increase subscription plans.

Since subscription plan prices are the only thing they can easily control, they might increase those to ensure they have enough revenue to operate.

YouTube Premium is expensive because of the number of creators looking to make it big on YouTube. 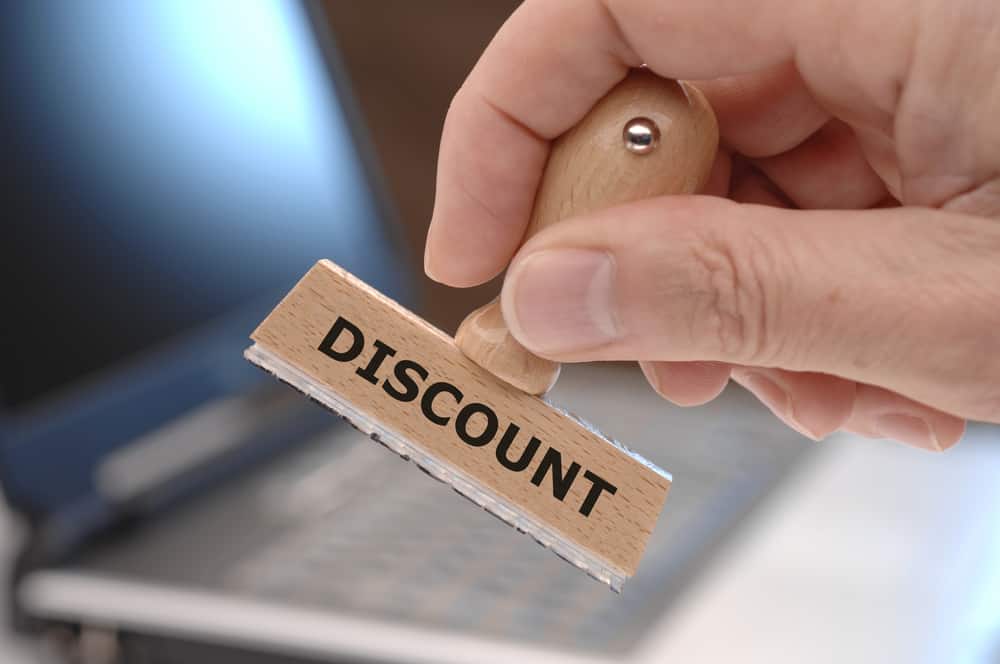 There’s one for individuals, families, and students.

Students who are eligible for a student-priced subscription plan pay the least amount of money.

They only need to pay around $6 a month.

Because they receive a steep discount, it means the other two plans have to pick up the slack.

The individual plan and the family plan are more expensive to ensure YouTube still makes a profit despite offering a steep discount to students.

Since YouTube knows a lot of people are likely going to do what they can to qualify for the cheaper plan, they need to ensure that the other two plans get them the funds they need to run their business.

YouTube Premium is expensive because of the discount it offers to students.

However, that convenience and the other reasons listed above are why YouTube Premium comes at an expensive price.