You are here: Home / The Cold Spotlight / Why Is Wordle So Popular? (Explained) 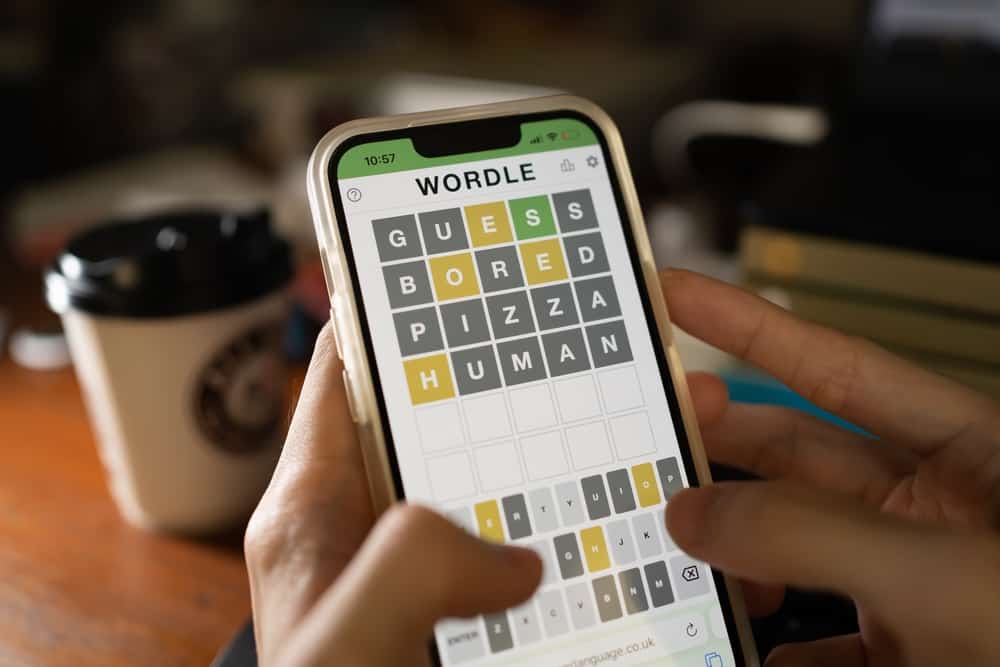 For some, there is nothing more exciting than downloading the newest and most popular game onto their phone or web browser to entertain themselves.

This is particularly true when certain aspects, like competition with friends, motivate the players to check in daily.

Wordle is a game that has taken the nation by storm since its initial public release in 2021.

However, some are confused as to why it has increased in popularity considering that it is only a word game, as compared to other highly advanced games—like games on Xbox.

Why Is Wordle So Popular? 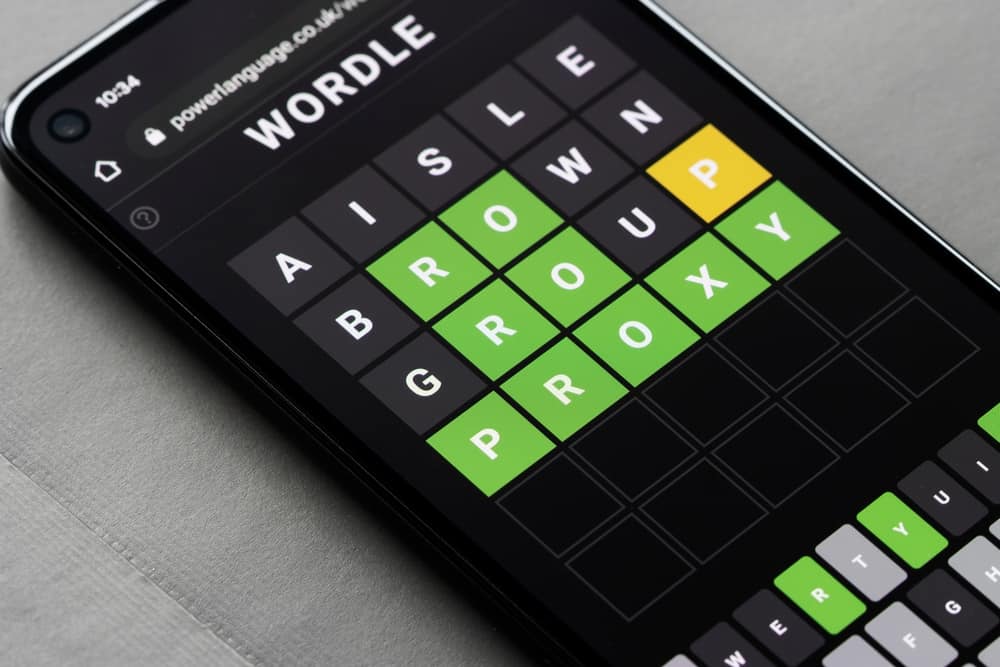 One of the biggest reasons for Wordle’s popularity is that it incorporates social media and allows players to post about their Wordle of the day.

It brings friends together in a competitive nature, as fans wait to see who was able to solve the puzzle in the shortest amount of tries.

Another reason for the popularity of the game is due to the psychological feelings it can evoke in players, such as the sense of anticipation, connection, and socialization.

Wordle is also relatively easy to understand and is easily accessible to many players without requiring expensive equipment or even a smartphone.

An interesting potential reason for the popularity of the game is that it encourages productivity and learning. 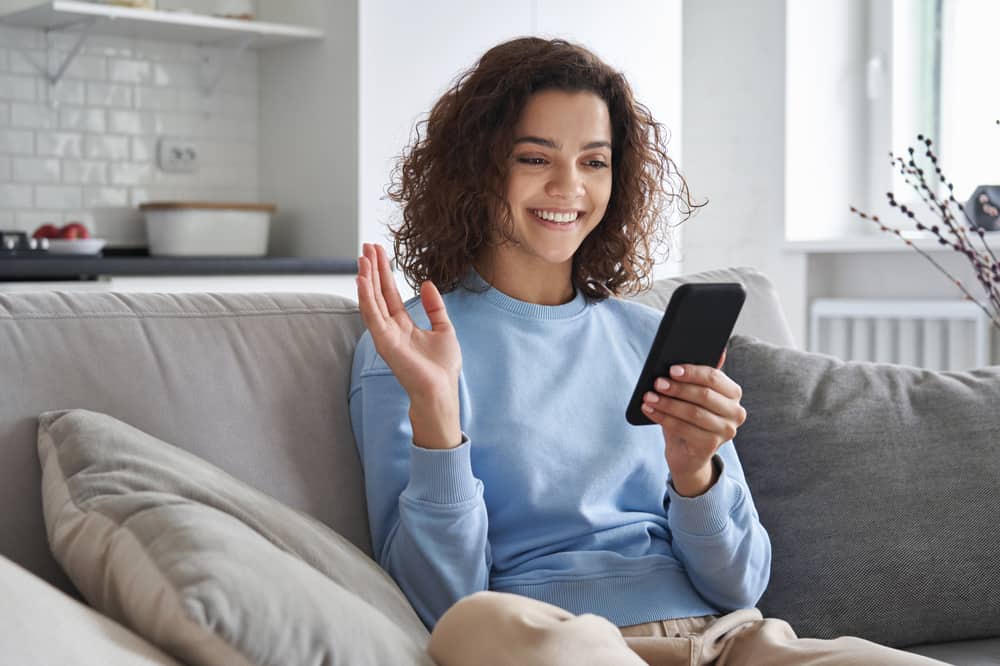 As mentioned above, the social media aspect of Wordle makes it highly attractive to fans.

Wordle allows users to post on social media, through text messages, or even through email to spread the word on how their daily game went.

CNBC talked with a clinical psychologist and game design professor who agreed with this, stating that “the fact that it’s (Wordle) so shareable is one reason that it has exploded.”

Twitter still boasts thousands of fans who regularly play Wordle, and fans appear to have bonded together as they share their Wordle scores while wishing others luck on guessing the word of the day.

This encouragement among strangers is a very positive aspect and benefit of the game, particularly as cyberbullying is an increasingly prevalent occurrence.

Cyberbullying occurs when bullies use digital devices like cell phones and iPads to instantly and continuously make negative comments on social media that are public and permanently online.

It may be interesting to conduct research in the future on if the presence of socially encouraging games, like Wordle, has any impact on individuals’ ability to manage negative comments directed toward them online. 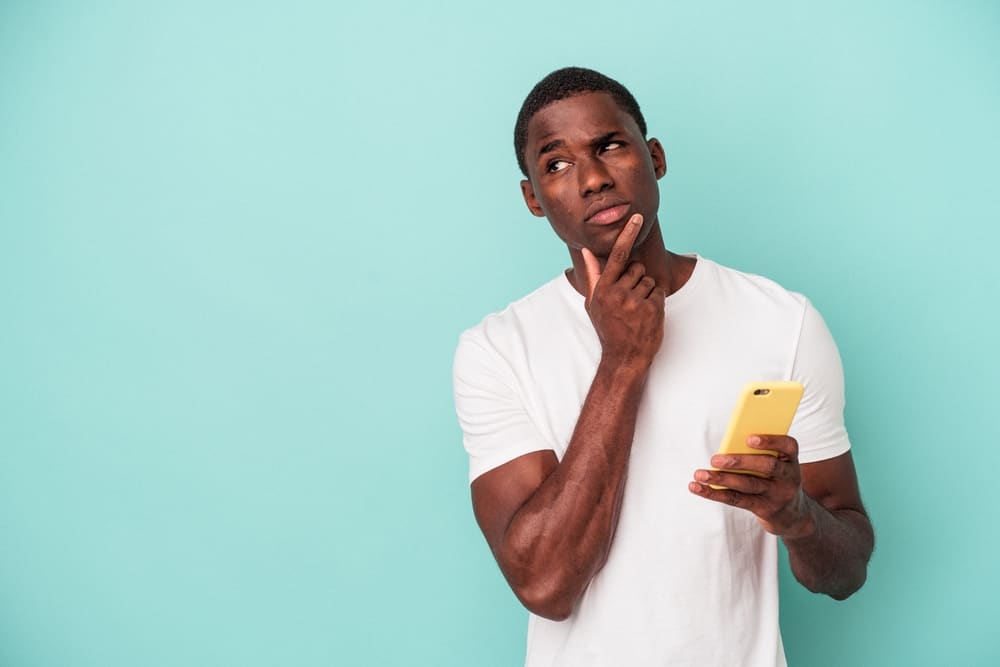 Not only is Wordle a great brain game, but it also has some psychological benefits for players as well.

The game gives players a sense of anticipation as they wait for the next word of the day to drop.

Anticipation is an excellent emotion or psychological feeling to experience, particularly in individuals who are experiencing depression and may not be able to experience strong feelings as a result.

The game also gives players a feeling of connection and socialization.

Players know that they are one of the millions of players excited about the game and that feeling of connectedness is powerful.

Socialization is also a major factor in the popularity of the game and individuals who may be physically separated from friends or family utilize the game to interact with loved ones.

This interaction is often done through a social media exchange or text messages with their Wordle results but has the potential to lead to conversations and socialization that they otherwise may not have had.

Wordle also promotes feelings of productivity in its players.

It is common for people to feel guilty or lazy when they are not being productive.

Wordle allows players to take a break from daily responsibilities, while still feeling like they are being productive, challenging their brains, and learning something new.

Additionally, the game itself does not take an extensively long time to play, therefore players can consider it a quick brain break during the day and then return to the task at hand without feeling like they have wasted their time.

Another very interesting factor, as stated by psychology professor Douglas Gentile to CNBC, is that the game fulfills what is called the “ABC of human needs.” 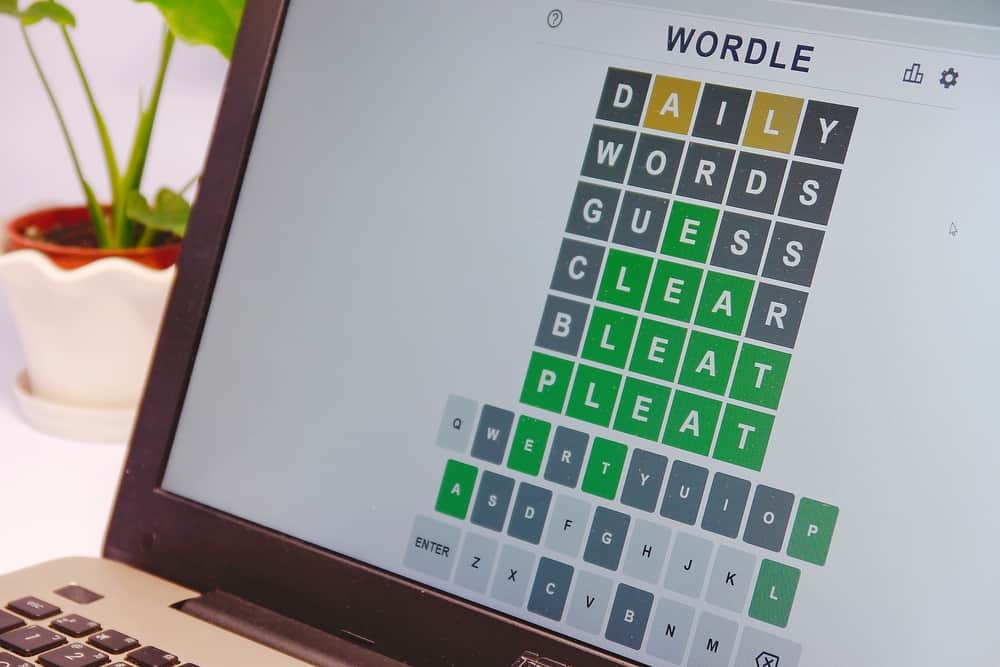 According to Gentile, the “ABC of human needs” stands for autonomy, belongingness, and competence.

The game provides players with a sense of autonomy because they feel a sense of control while interacting with Wordle.

This sense of autonomy is especially important as many have been dealing with feelings of uncertainty and instability related to the Coronavirus pandemic, increasing inflation, and the ongoing flood of negative information that is commonly reported on the news.

Belongingness, as stated by Gentile, helps us to feel like we’re connected with other people.

Competence allows us to feel like we are good at something, even if we may be experiencing a setback in other aspects of our work or daily life. 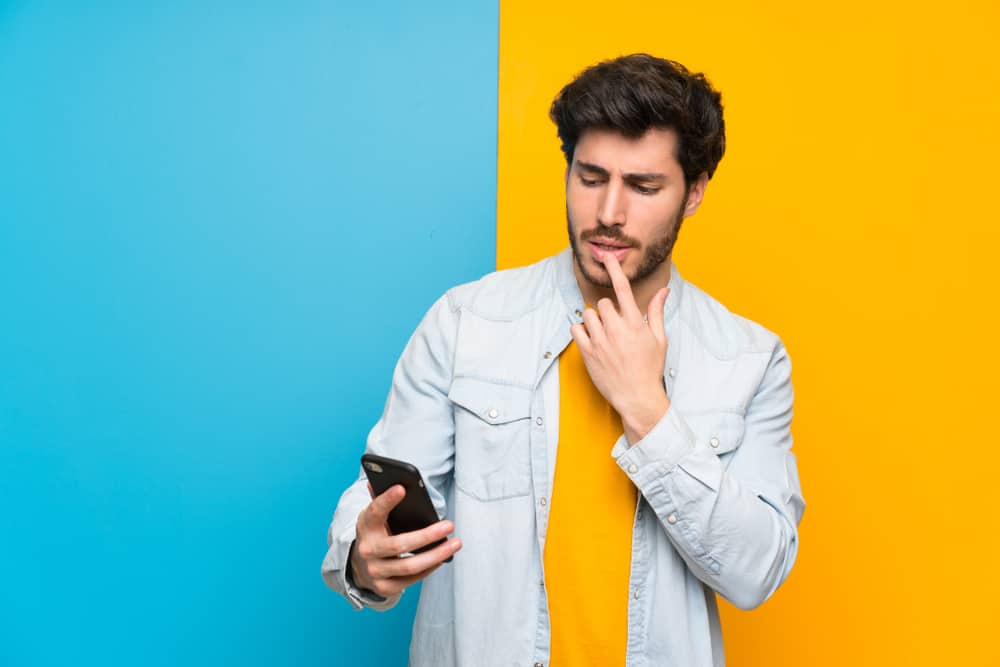 Overall, the design of the game is relatively easy for players to understand and pick up on with practice.

It does not require reading through pages of instructions or learning a multitude of moves.

The game allows for six tries to decipher one word, which according to one cognitive psychologist is a “healthy balance of challenge and fun that contributes to the overall engagement.”

The game is also relatively easy for players to access, no matter their demographics or age groups.

All that is needed is an Internet connection and a web browser—no smartphone is required.

Wordle is also a gender-neutral game and may be a welcome relief to certain members of the community who may feel uncomfortable or called out while playing other games. 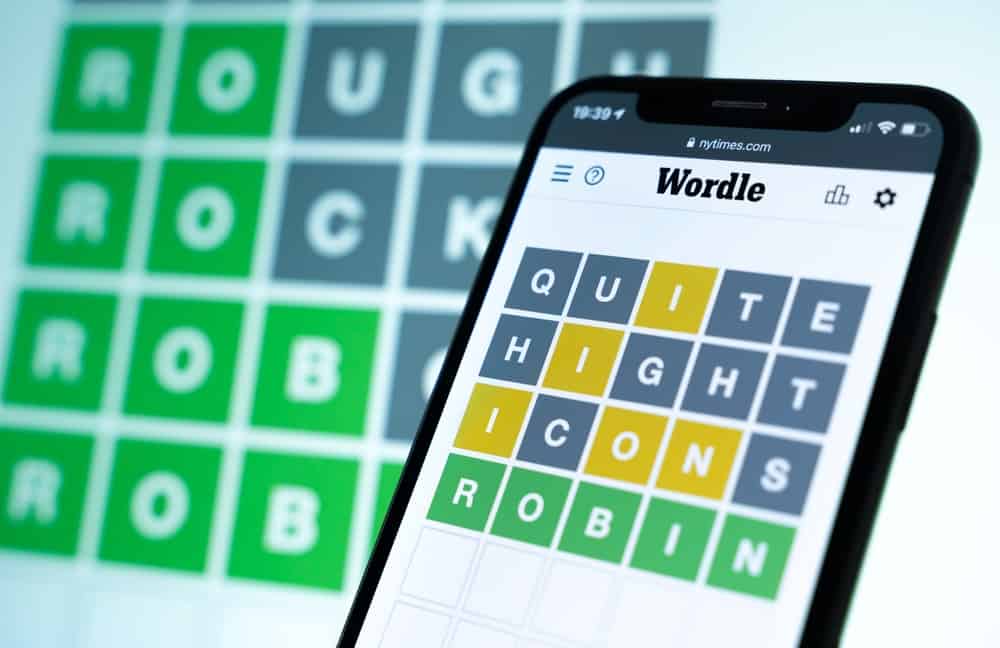 The game was designed by Josh Wardle, a software engineer from Brooklyn.

He designed it initially for his wife and family, who enjoyed playing word games.

The game was inspired by The New York Times crossword puzzle, but it was a shorter, bite-sized game that didn’t require the player to focus for long.

According to Wardle in a statement to The New York Times, the game was intended to only require a very short amount of time to play before allowing users to return to their daily lives.

As mentioned previously, that is likely a large factor in the popularity of the game overall.

According to The New York Times, when the game was released in 2021 it only had about 90 players.

However, within two months, those 90 players had increased to 300,000 and over a year later, millions of players are hooked. 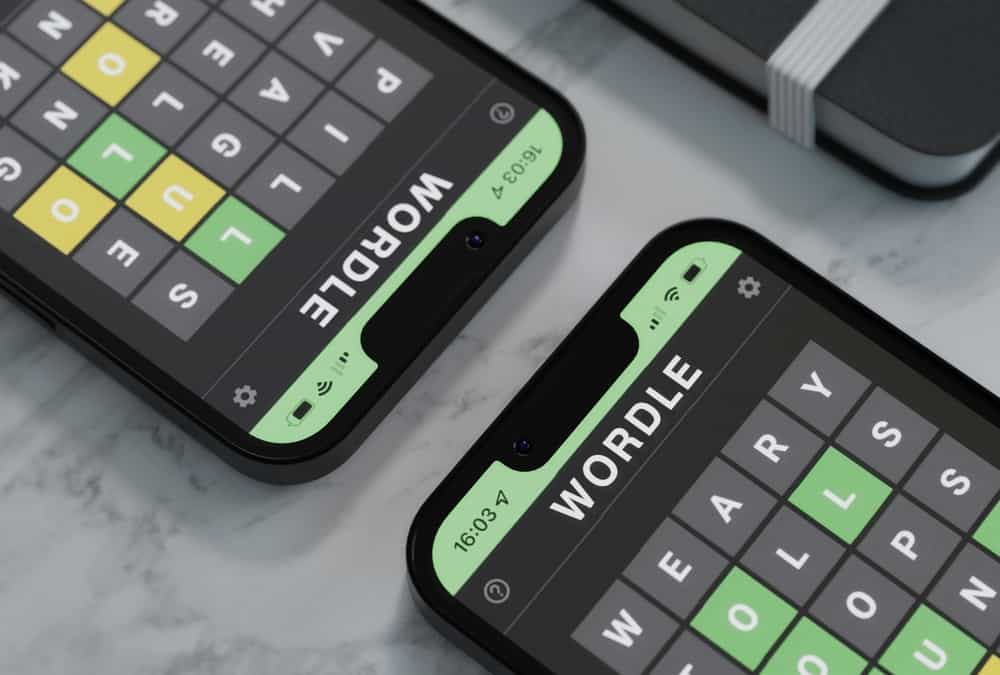 One unfortunate response since the game’s creation is that there are many other game creators who have been happy to copy Wordle in the hopes that their version will be even more popular.

This can be both negative and positive, depending on the situation.

The continuous “copycats” can cause a problem for the original game because it is difficult to compete with many other versions of the same game.

The benefit of numerous similar versions of a popular game is the continuous opportunities they present for people to play a favorite game or to find something new.

While one game may not be preferred by a user, a very similar game may be more appealing and better suited to their interests. 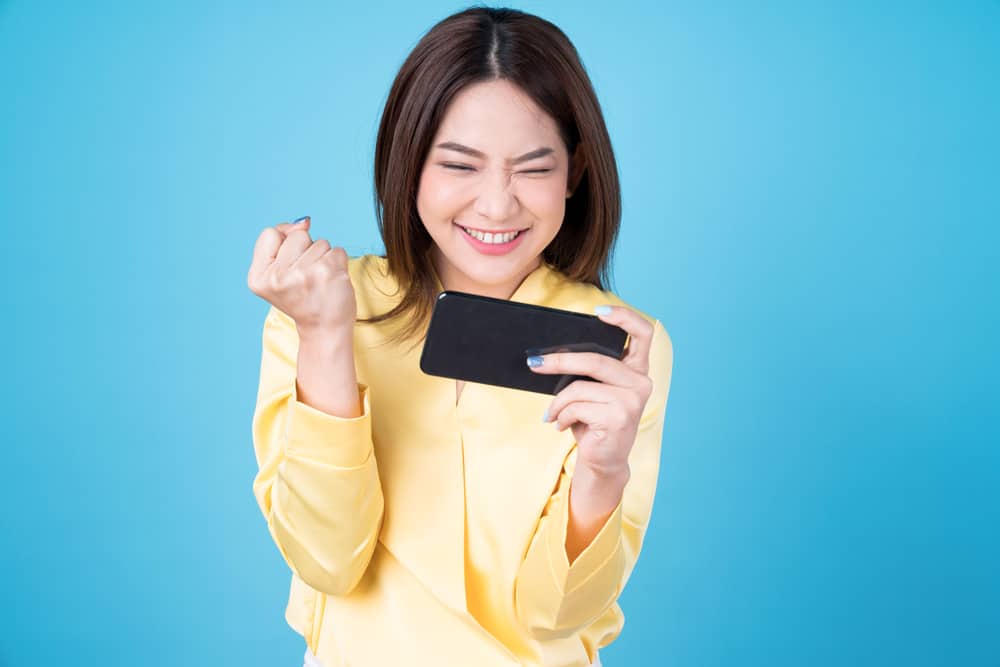 The popularity of Wordle did not go unnoticed by many competing game creators, which means that since the game’s release in 2021, there have been many copycat games that have appeared.

One game like Wordle is Letterle, which gives the player 26 tries as opposed to Wordle’s six tries.

Absurdle is another similar game, except it provides an unlimited amount of guesses, and the challenge increases with each word solved.

Another copycat which no longer exists was called “Wordle” and was the same game that had been created by Wardle except it was offered on the Apple app store.

However, Apple removed the app and several others for imitating the original Wordle which is not offered on any applications besides a web browser.

The New York Times’ Impact On The Game 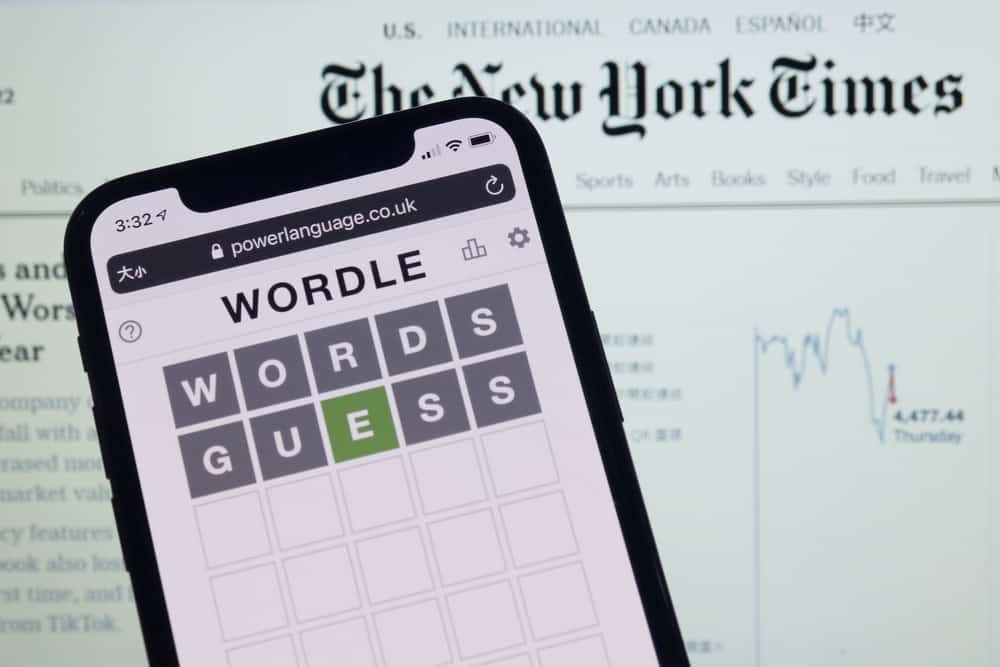 In early 2022, the Internet exploded with rumors and news that Wordle was going to be bought by The New York Times.

These sources included CNBC, NPR, and The Washington Post.

The New York Times has confirmed this purchase, stating that the wildly popular game is joining their portfolio of games meant to engage and challenge solvers daily.

The New York Times already has its own collection of games like its famous crosswords and Spelling Bee.

Like many other sources of media that offer games, The New York Times also has to compete and stay in the game, so its acquisition of Wordle is likely another way for them to boost their popularity and attract subscribers to its platform.

The company had over 980,000 Games subscriptions prior to the purchase of Wordle.

Their popular crossword has been captivating players since it was launched in 1942.

However, the New York Times has also introduced the Mini Crossword, Letter-Boxed, Tiles, and Vertex, which they stated were played over 500 million times in 2021 alone.

The company hopes that acquiring Wordle will continue to stimulate, delight, and provide mental challenges to their players.

It would appear that the acquisition will be a good fit, as The Times’ focus is on “becoming the essential subscription for every English-speaking person seeking to understand and engage with the world.”

One concern many players may have is if the game will continue to be free for players to access, especially because The New York Times does require individuals to subscribe to the majority of their news posts. 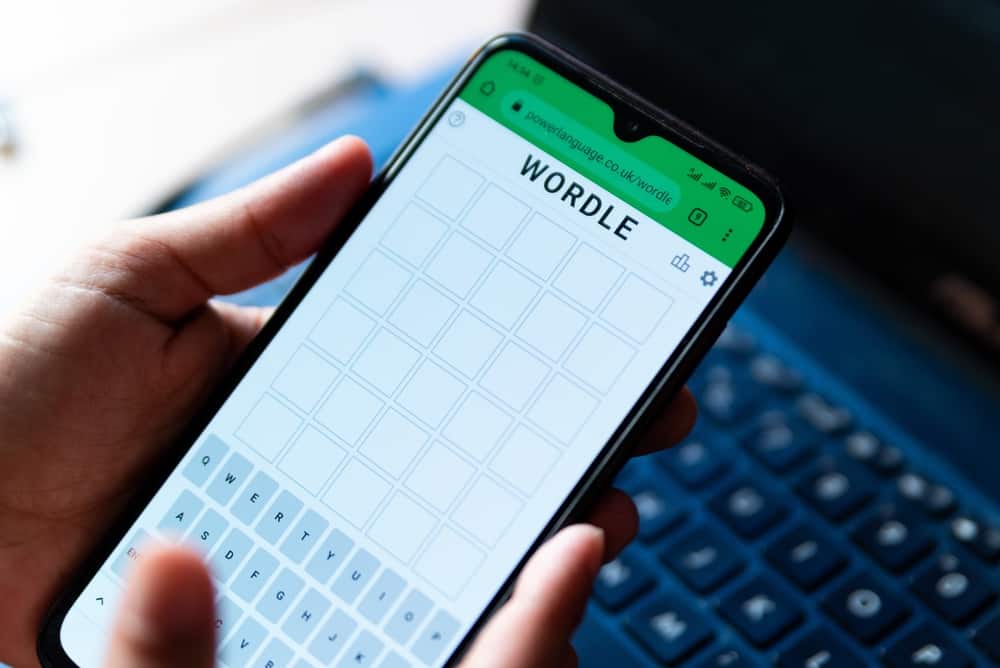 According to a press statement released by The Times in January 2022, their plan is that the game will continue to be free for new and existing players.

There are also no plans to change the structure of the game.

However, some fans on Twitter have responded to users complaining that the game has gotten harder since The Times took over.

Whether the game has become more difficult or not is up to speculation and individual determination.