You are here: Home / The Cold Spotlight / Why Is The Office So Popular? (Explained) 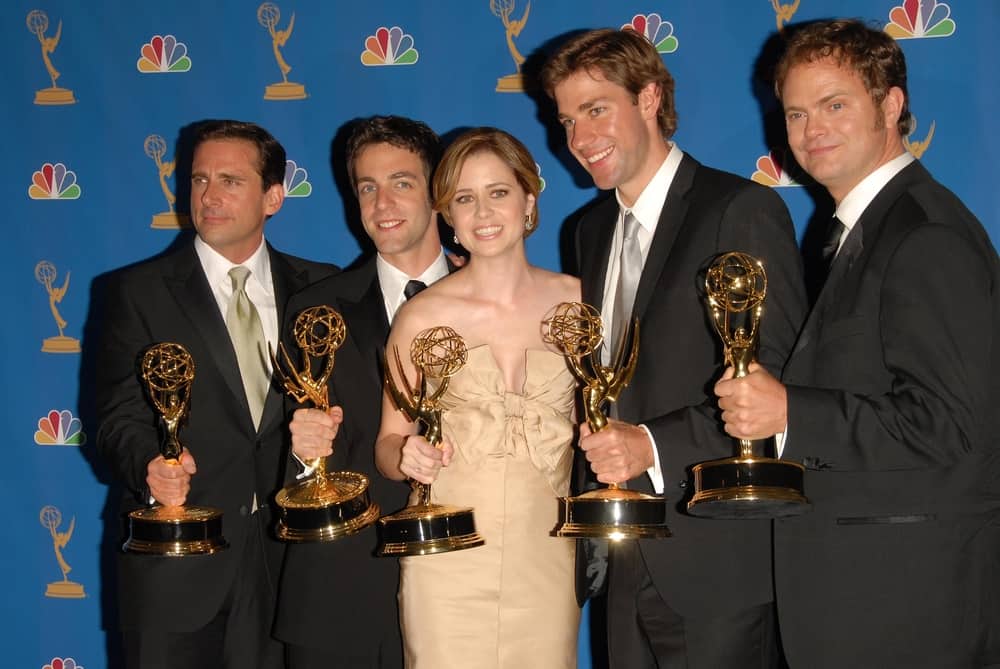 Inspired by a UK-based sitcom of the same name and premiering in the United States in 2005, The Office is unique in that it continues to be a wildly popular television show among youth, young adults, and older adults alike.

The show began airing weekly on NBC television and has since transitioned to streaming platforms like Netflix and now Peacock.

Despite the frequent transitions of where the show is available to stream, fans continue to follow the show’s platforms to receive their daily dopamine boost and humor.

Why Is The Office So Popular? 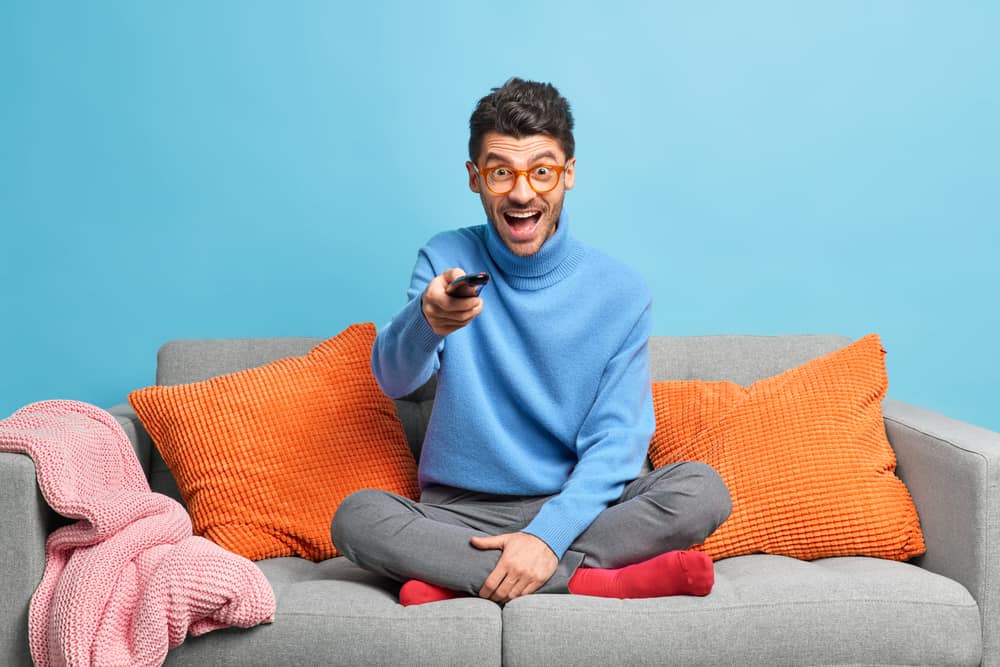 The Office is popular because it’s considered to be comforting to viewers—similar to comfort food during stressful times—because it is a show that viewers find quick, easy to consume, and never disappointing.

Similarly, the show does not involve current events which may be triggering for viewers.

Another reason for the popularity of the show is that it appeals to a wide range of ages which provides a greater viewer audience as compared to other shows which may target youth or adults specifically.

According to Nielsen, a company that gathers information and reports on popular media influences, in 2020, the shows that found substantial success were the older shows that originally found success on more traditional platforms.

The shorter episode length of the show may also play a role in bringing viewers back repeatedly. 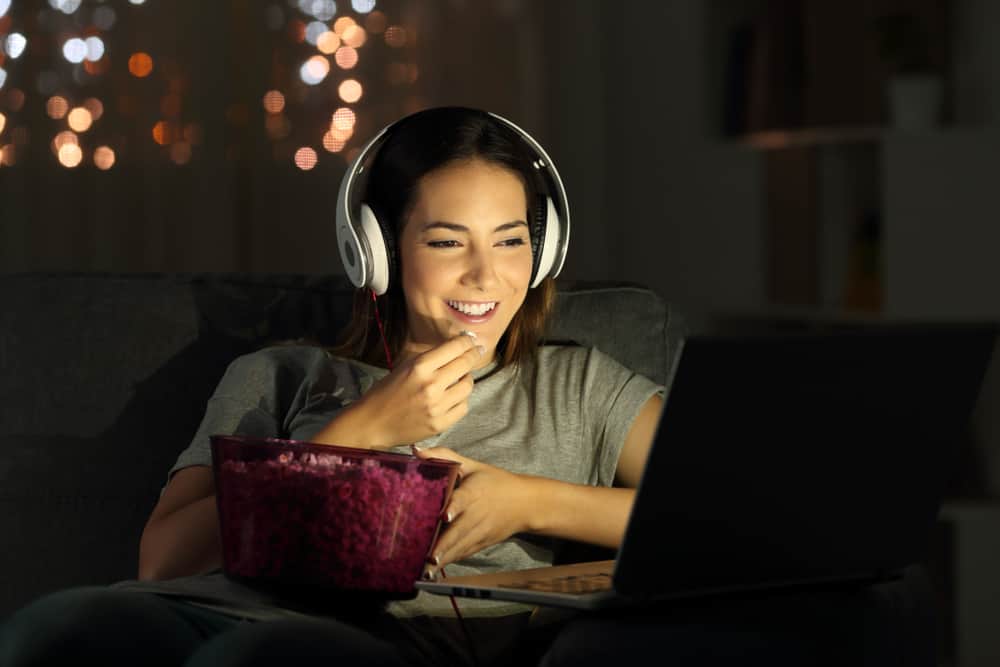 Nielsen is a company that prides itself in its ability to analyze and report on the media channels that audiences prefer.

It does so by analyzing streaming platforms like Netflix, Disney+, HBO Max, and more to accurately report on findings.

During 2020, the types of media content that Nielsen found to be the most successful were older shows that had already had significant success before the introduction of media platforms like Netflix, HBO Max, and Disney+.

The Office, as the original fans will remember, began airing on live television in 2005 until it was pulled in 2013, spanning nine seasons in total.

As found by Nielsen, consumers in 2020, throughout the beginning and midst of the Coronavirus pandemic, found solace in their original television shows that they may have grown up watching on traditional live television.

Their reasoning for this is the older or original content of television shows like Friends and The Office, have a large number of episodes within their libraries of content.

Nielsen believes that the library content is where viewers continuously return to find comfort, watch casually, and then review often.

It’s not surprising that Nielsen reported that The Office ranked number one in 2020, with more than 57,000 minutes streamed on Netflix in the “Acquired Series” category.

Acquired means that the show had already been around for a certain amount of time before 2020 and started on live television rather than a streaming platform.

It’s important to note that Nielsen stated they only track minutes streamed through television sets.

They do not yet have the technology or capability to track minutes streamed through other sources like phones, tablets, or computers.

Therefore, the number of minutes streamed for The Office is likely higher than the 57,000 reported.

This is not to say that the older shows were the only popular views during the year 2020.

Ongoing media platforms like Netflix and HBO Max have also exploded as more shows are uploaded to these streaming services to entice viewers during their downtime.

Nielsen reported that Ozark ranked number one in 2020, with more than 30,000 minutes streamed on Netflix in the “Original Series” category.

An original series is a show that was released originally on a streaming platform, like Netflix. 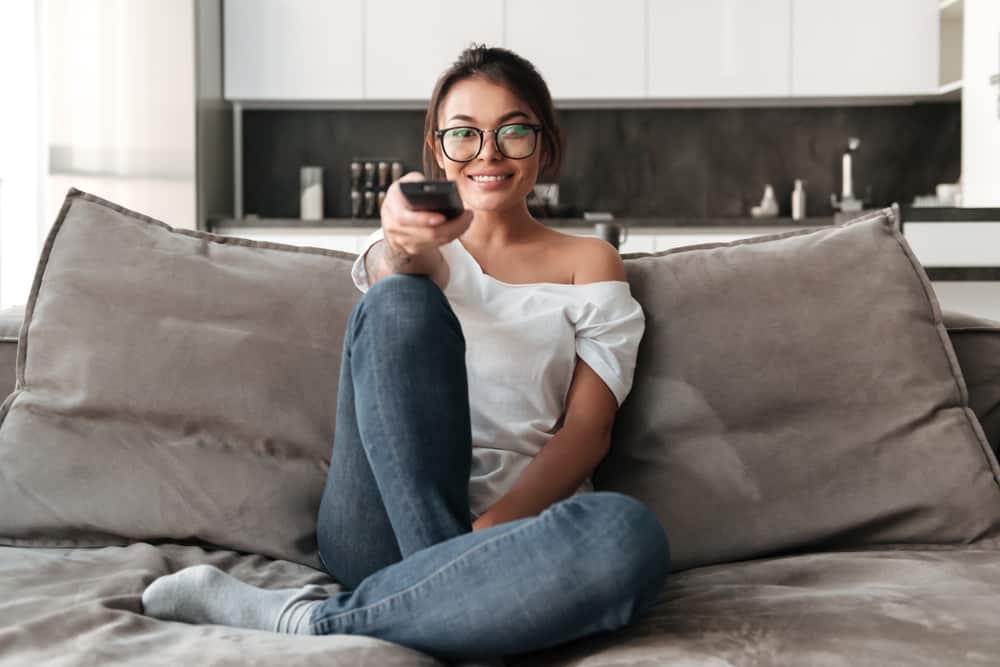 One of the many appealing qualities of the show may also be its shorter episode runtimes.

A survey by IndieWire asked several television critics to comment on whether they believed shorter or longer episodes to be more desirable.

The critics were unanimous in that they all preferred shorter episodes.

Their reasoning varied, with one believing the shorter the episode the more time the viewer had to spend watching more episodes in general.

Another critic in the survey stated that television shows that run shorter require the directors and storytellers to be more creative yet brief with their plot lines to get the point across and keep viewers engaged.

Additionally, because the plot lines must be kept short, sweet, and to the point, it allows the show to be not as intimidating to viewers who may be unable to dedicate the time to an entire 45-minute show.

It’s also important to note that shows that have a shorter runtime tend to be easier to jump into at any point, despite the viewer not being as familiar with that plot.

Other shows—for example, Ozark or The 100—are longer in duration and have more extensive plot lines.

These extensive plot lines are sure to engage viewers and keep them on their toes throughout the show, but it also leaves room for confusion and frustration.

Viewers who miss an entire episode or even just a few may be left frustrated as they potentially missed an important scene or statement that will leave them lost for the remainder of the show.

Therefore, to some viewers, television shows like The Office or Friends are more desirable because there is less context required to enjoy the experience.

Viewers can turn off their brains after an exhausting work or school day, and enjoy the humor in the show without paying close attention to every minuscule detail which may allude to a future situation or reference a past situation.

3. The Office As Comfort Food 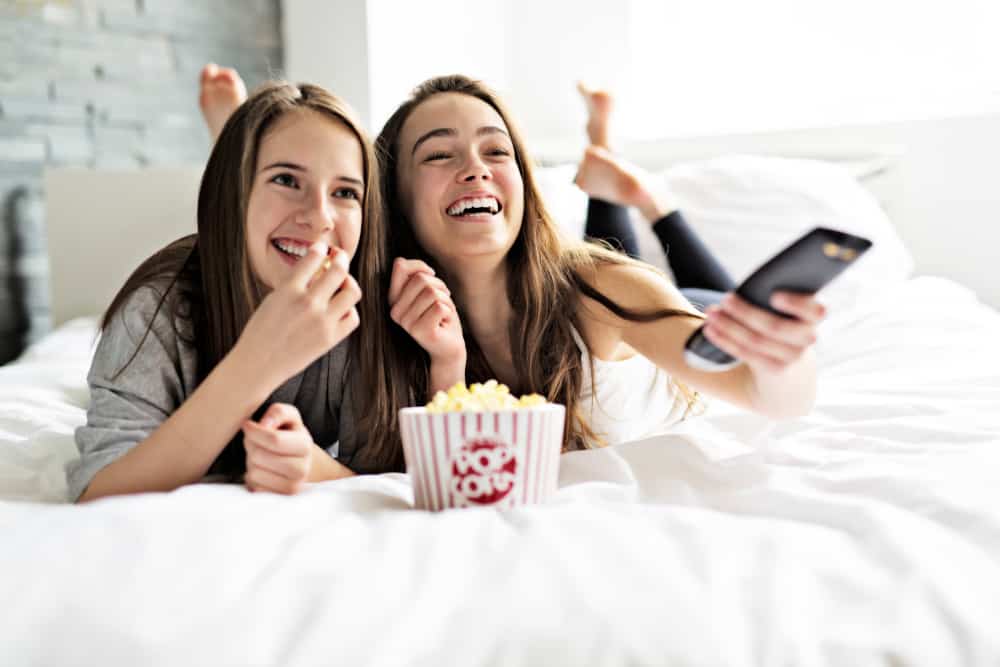 It may seem like a unique and perhaps unconventional comparison, but The Office can be considered a “comfort food” to viewers.

In other words, the television show is a fan favorite that viewers can return to again and again without being disappointed.

The show continuously provides entertainment and comedy, no matter how many times a viewer has already seen it in its entirety.

Like comfort food, The Office is quick to consume with its shorter episodes, but it still provides an entertaining story that is sure to satisfy the viewer despite the shorter episodes. 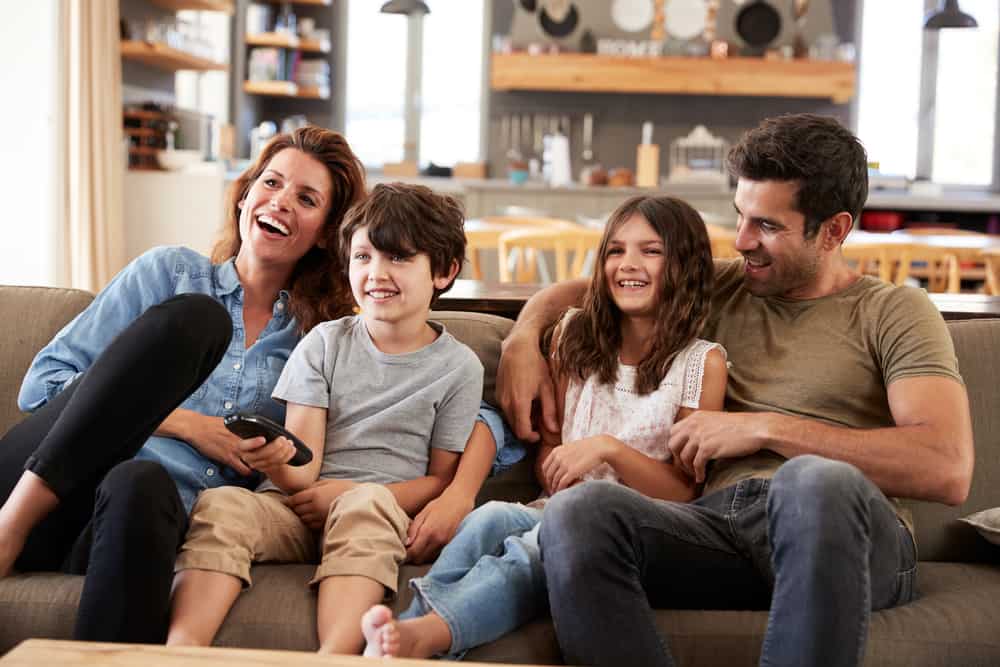 Also similar to comfort food, it is beloved by both adult and youth viewers.

A show that can appeal to a wider range of ages is sure to be more successful than its comparison that specifically targets an age group.

This is interesting because the main setting of The Office is within an actual office building, which youth are not able to relate to as they have yet to experience that career level.

Adults who have experience working in an office setting can relate to the struggles of the copy and fax machines, workplace food sharing (or stealing), and other common situations known to occur in the workplace.

This may lead us to question why the television show appeals to youth.

There are a variety of reasons that youth may find the show entertaining.

It could be the futuristic aspect because it gives them a taste of what it may be like to work in an office setting.

It is common to hear youth say that they cannot wait to grow up, therefore they may feel that The Office gives them a glimpse into what could be in their future.

Albeit, an office setting with the very humorous and dramatic characters found in The Office may not be a realistic occurrence in the normal office setting.

It also may appeal to the younger generations because of its drama and odd and humorous qualities that keep viewers on their toes throughout each episode.

Additionally, the popular show offers many cringe-inducing scenes as the characters participate in games, conversations, and cringe-worthy relationships (hello, Jim and Pam).

These aspects all keep youth, and adults, engaged and looking forward to what antics the cast will get into in the next episode.

There are many reasons the show may appeal to adults and the older generation.

For one, there are likely not too many office buildings that hold as much humor, pranks, and wild situations as in The Office.

In this Twitter thread, there are a variety of episodes that Twitter users consider to be their favorite.

the office is THE funniest show to be made idc idcccc! any office watchers?🌚🌚what’s y’all favorite episode??

For example, the episode in which the cast attempts to take a CPR class which takes a twist involving singing, dancing, and the ultimate destruction of a mannequin.

Another favorite found in the Twitter thread above is “Diversity Day” in which Kevin famously drops the chili and Michael loudly talks about some controversial stereotypes in an effort to break them.

The “Diversity Day” episode in particular got removed from the air, as reported by News 18, for its potentially racist commentary and its take on the failed attempts by corporate companies to address ethnic issues and bias.

Adults may enjoy the twist on what their office job could be, or maybe we prefer that our office jobs not be similar to the wild antics of The Office.

If only they had characters like Jim, Pam, Dwight, Michael Scott, and Kelly willing to break boundaries and provide their coworkers with continuous entertainment throughout the work day.

In the corporate world, it is not considered socially acceptable to act out in the ways that The Office characters can get away with daily.

Some situations found in the popular show, like the potentially boundary-crossing racial commentary, may get an individual fired from their job if they were to act in such a manner.

Another reason for the appeal of the show, related to its shorter episode length, is that it allows young adults to take a break from their daily grind and enjoy one or two episodes.

Young adults in particular may find The Office convenient as a study break during college exams or even on a quick lunch break when in the office.

5. The Show Depicts A Simpler Time 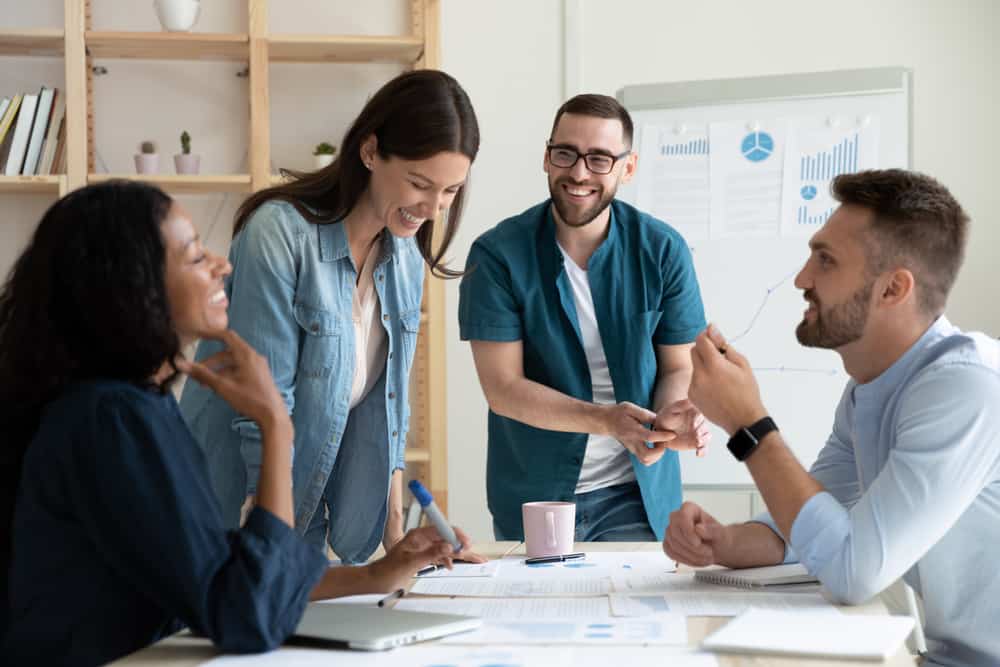 It does not involve current events that may be triggering towards viewers, for example, the Coronavirus Pandemic, PTSD or other mental illnesses, or political integrations.

The show revolves around a cast of humorous individuals, just doing what they can to make the most out of their office life.

It involves pranks between coworkers, odd personalities, very bad singing, and some strange situations that overall make the show popular.

The characters undergo their own range of life changes throughout the show, such as Pam and Jim’s ever-evolving relationship.

However, what may make it so appealing is that the characters do not have to go through more traumatic life experiences such as a stressful presidential election or a messy divorce that divides households.

It remains lighthearted and comedic while depicting a time that some viewers may wish to escape into as a way to disassociate from their life stressors.