You are here: Home / The Cold Spotlight / Why Is Soy Sauce So Expensive? (10 Reasons) 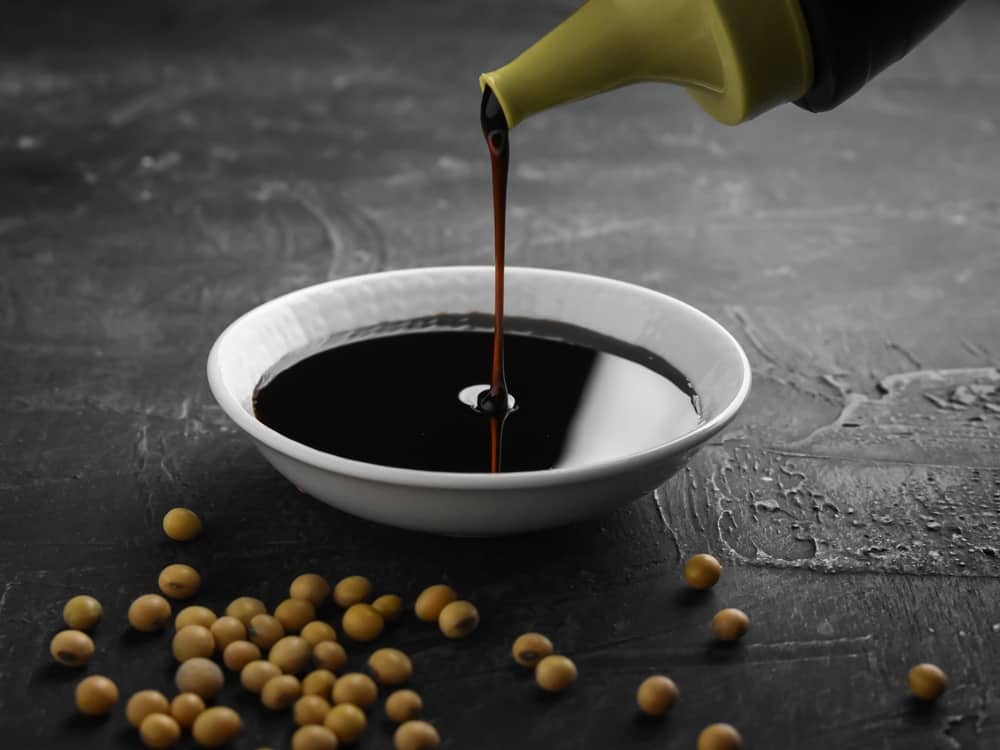 One of the best parts of ordering Chinese food is enjoying soy sauce.

While soy sauce usually goes over specific dishes, the love for the flavor has crossed into different types and styles of food.

These days, you can find soy sauce in practically everything.

From chips to unique meat dishes, soy sauce has a home almost everywhere.

If you’re a fan of soy sauce, you may have noticed that it’s become a lot more expensive. 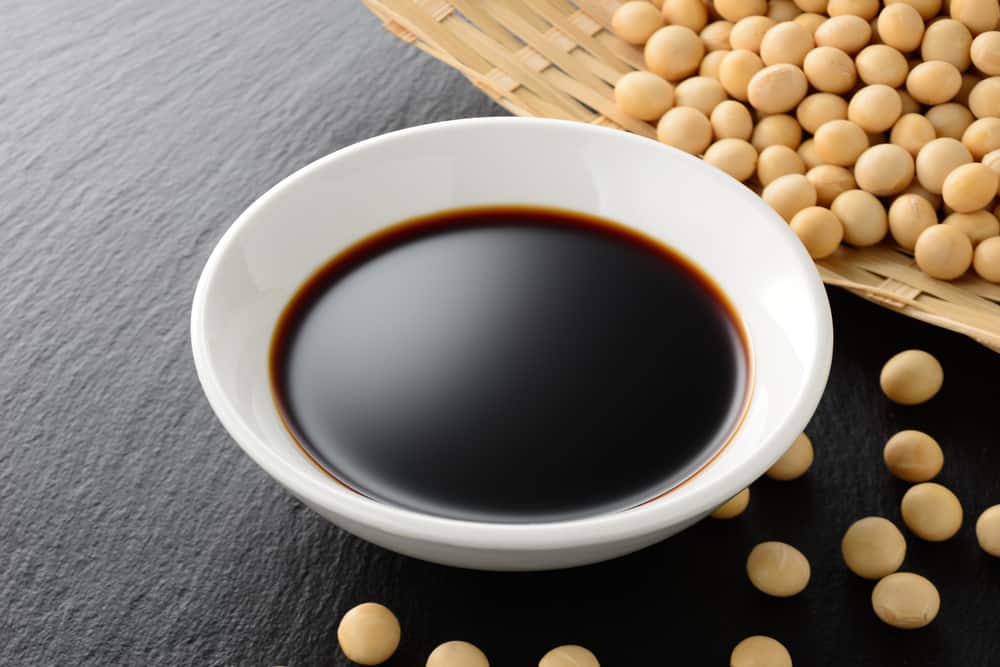 The average price of soy sauce is around $5, but some bottles can be as expensive as $40 or more. 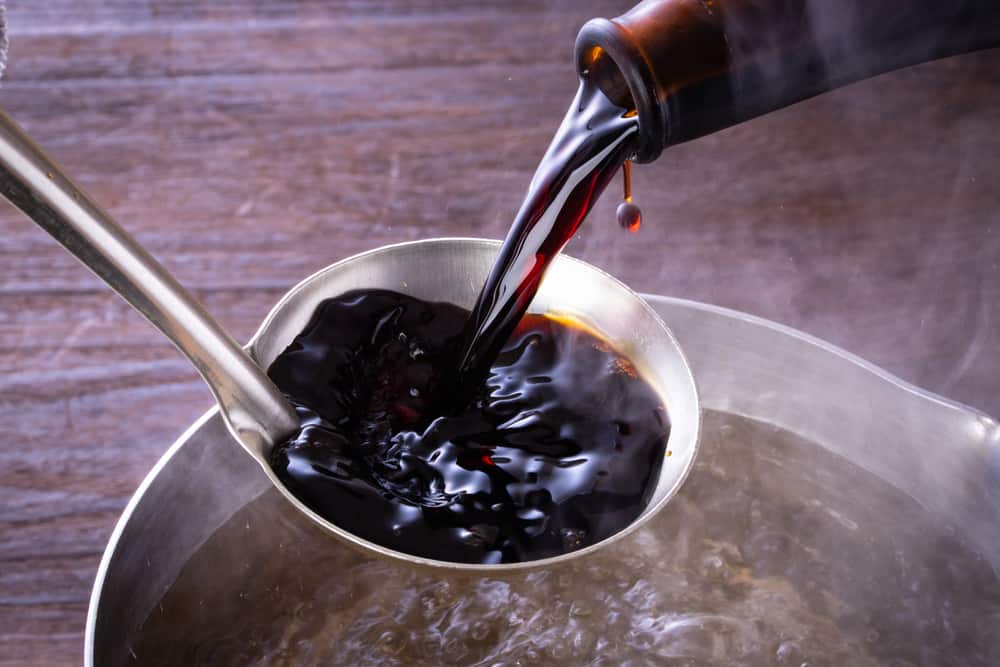 There are a few steps involved to make soy sauce before the fermentation process even begins.

Some of those steps can take a few days to finish.

The longest period, however, is the fermentation step.

Cheap soy sauce tends to only ferment for a few weeks.

If you want to find the priciest bottles of soy sauce, you will want to look for bottles that have undergone fermenting for several years.

Essentially, the longer that the soy sauce ferments, the more expensive it will be.

That’s because the company isn’t making money on the product while it’s fermenting.

Instead, it’s just soaking up costs.

They have to sell the sauce at high prices to make the investment worth it.

Soy sauce is expensive because of its long fermentation period.

2. Most Soy Goes To Animal Feed 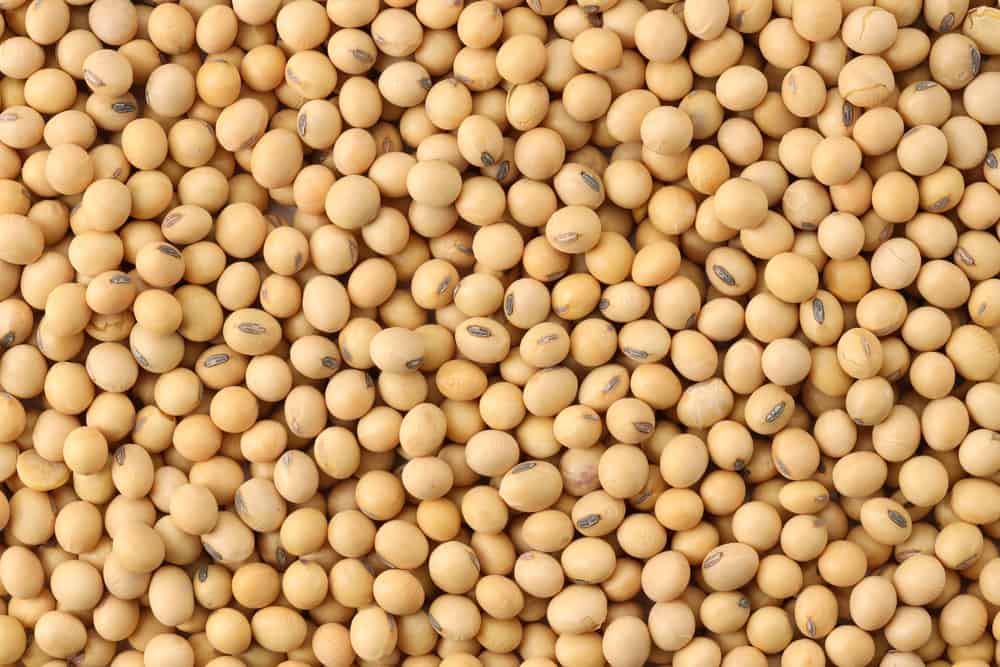 One of the biggest ingredients used in soy sauce is soybeans.

The problem with soybeans is that the bulk of soybeans doesn’t go toward soy sauce.

Instead, a large portion of soybeans goes to animal feed.

Soy is a great ingredient for animal feed because it’s filling and nutritious.

Soy sauce companies find themselves having to compete with one another to get access to high-quality soybeans.

Since the supply of soybeans for soy sauce is low, it keeps the prices high.

Only 7% of the global supply of soybeans goes towards products that humans eat.

Since the percentage is so small, soy-based companies face high costs.

That also means that if anything happens to reduce the soybean supply, to the prices will be even higher.

Farmers will need more soybeans to feed their livestock.

That means those who make products with soybeans are going to have even less to work with.

However, when wheat and corn aren’t readily available due to weather problems impacting their yield, farmers are reliant on soybeans even more.

Soy sauce is expensive because sourcing soybeans is quite expensive. 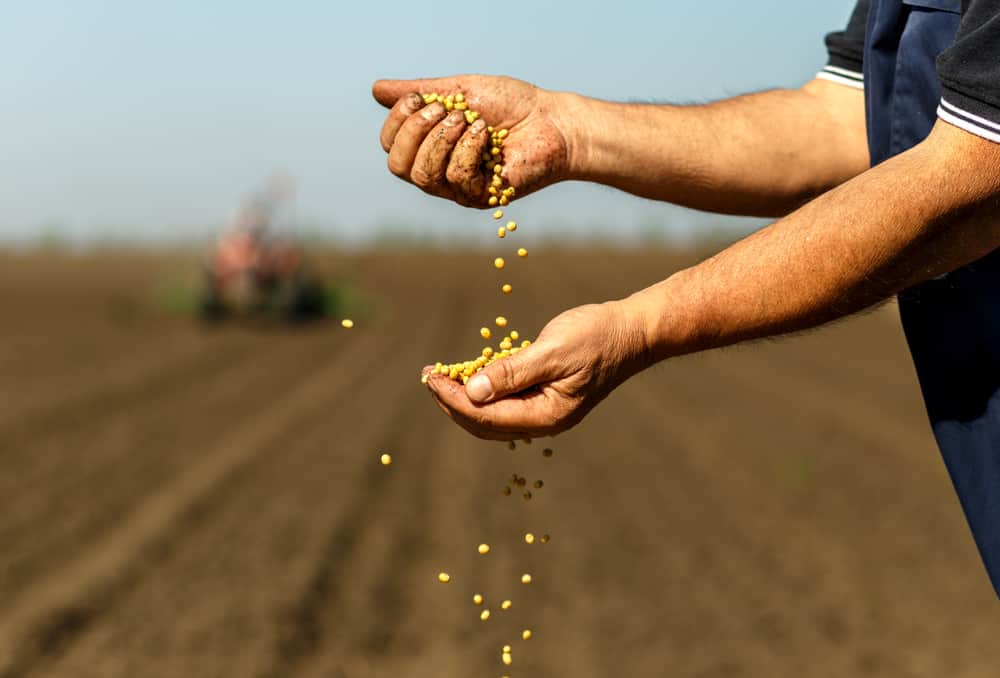 South America is one of the biggest exporters of soybeans.

Argentina, in particular, does the majority of the continent’s soybean production.

The problem with Argentina is that it faced weather-related problems during its planting and growing season.

In particular, the country experienced a severe drought that impacted the growth cycle of soybeans.

Without water, soybeans are unable to grow.

Since their fields produced a smaller yield, there was a shortage of soybeans available on the market.

With supply tight and demand still high, the price of soybeans increased.

If soybean prices are high, they’re going to pay expensive prices to get their hands on the crop.

To cover their costs, they have to sell their soy sauce bottles at higher prices.

Weather problems aren’t the only thing causing Argentina problems either.

To offset those costs to break even, farmers had to sell their soybeans at higher prices.

Soybeans are expensive because of the problems occurring in South America. 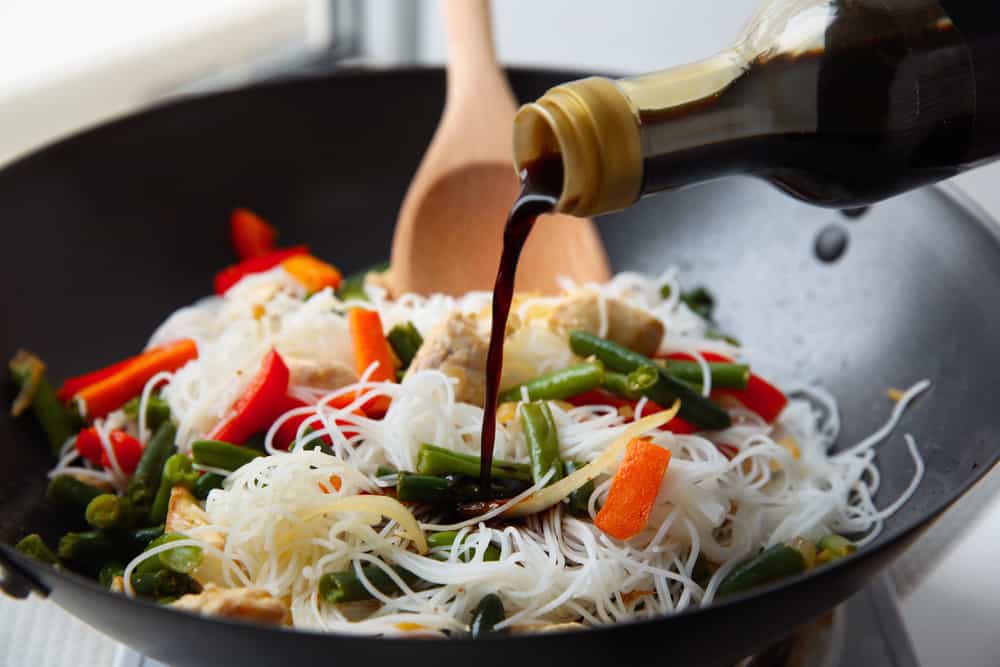 Soybeans wouldn’t be as expensive as they are if there wasn’t a lot of demand for them.

Unfortunately for soy sauce lovers, there is a lot of demand for soybeans.

Soybeans are in high demand from several different industries.

Among consumers at home, soybeans make for a great ingredient in their dishes.

China, in particular, has been importing more and more soybeans.

Some of it goes to human consumption, but the majority is going to animal feed for their pigs.

Pork is a type of meat that’s eaten frequently in China.

Since China is expanding its hog business, it needs animal feed to do so.

As such, many more soybeans have gone to China in the form of animal feed.

That’s a large amount of demand as well.

Soybeans make for an ingredient used in oil and biofuel.

The energy industry thus has a high demand for soybeans.

Clearly, there is a lot of demand for soybeans across several different industries.

This makes soy sauce expensive because it means the competition for sourcing soybeans is even higher.

With expensive prices on soybeans, soy sauce companies have higher prices to offset their costs.

Soy sauce is expensive because of the high demand for soybeans, particularly in China. 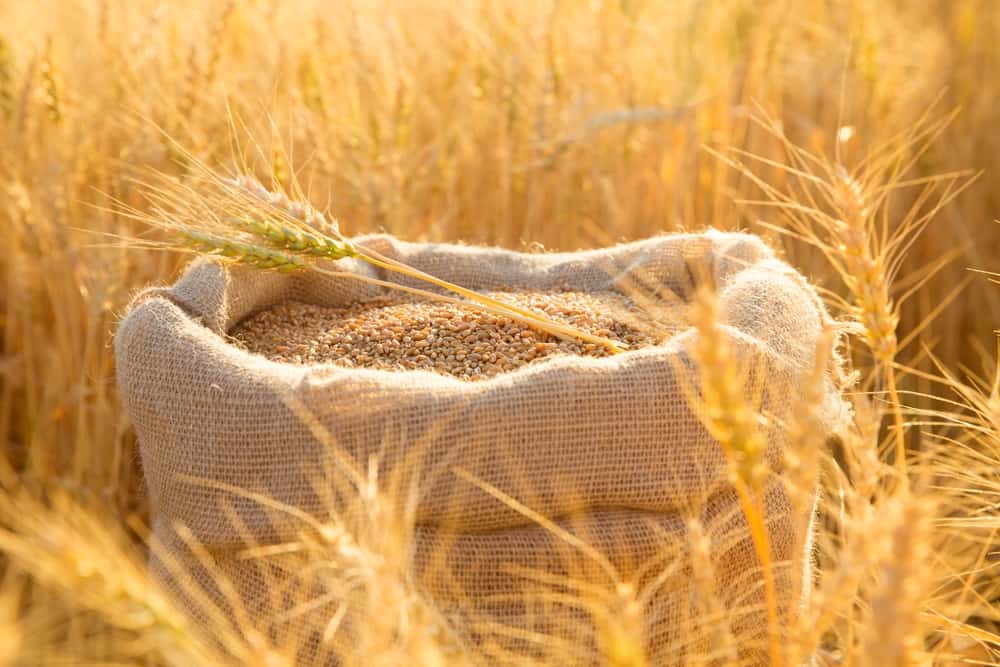 As mentioned earlier, wheat is one of the other main ingredients used to make animal feed.

When wheat supplies are low, it makes farmers even more reliant on soybeans.

The problem with wheat is that it has been facing supply problems in recent years.

In particular, drought has been a real problem for wheat farmers.

With parched fields, wheat has not received enough water to stay alive.

Farmers have thus lost a lot of wheat to drought.

It’s also made it impossible to plant new wheat seeds.

When the soil is too dry, the seeds are unable to sprout and grow.

However, wheat is also one of the primary ingredients used in soy sauce.

Depending on the bottle in question, some companies use a lot of wheat while others use less.

Either way, when wheat is facing a shortage, it means soy sauce companies have to pay a lot of money to source wheat, too.

The demand for wheat is high, so they’re going to face steep competition.

To make up for their costs, soy sauce companies have to put an expensive price tag on their soy sauce bottles.

Soy sauce is expensive because of the high price of wheat. 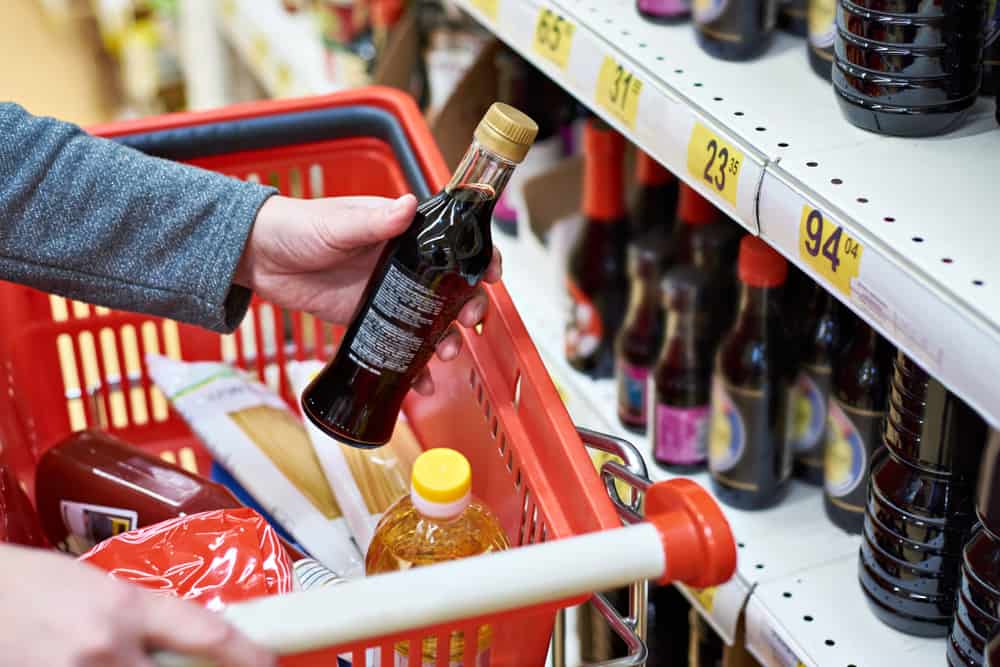 While there are certainly big-name brands in the soy sauce industry, there are also several artisanal brands.

Some artisanal brands have a national or international scale of operations while others keep their business local or regional.

Some will blend their soy sauces with other ingredients to make rare flavors.

Others will try to make their soy sauces as potent as possible by fermenting them for years.

Others may ferment their soy sauce in a special kind of barrel or vat.

Because it’s a niche product, it usually comes at more expensive prices.

The reason it’s more expensive is that the product features something that other products don’t.

Or, at the very least, it provides something that the bulk of other soy sauce brands doesn’t.

They focus on a specific audience.

They know that their target audience can’t easily find that specific type of soy sauce elsewhere, so they’re more willing to spend more money on their, specific, product.

Soy sauce is expensive when it’s an artisanal brand. 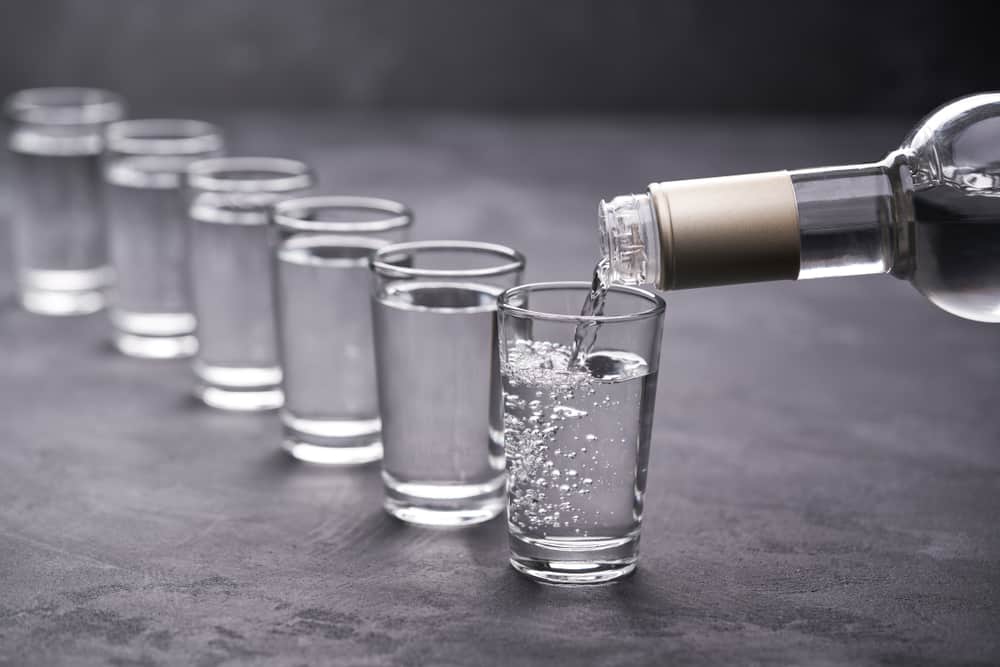 There are a few ingredients sometimes used in soy sauce that also makes it expensive.

One of those costs is alcohol.

Depending on the soy sauce in question, some companies might mix wine in their vats.

Others might use vodka, malt beer, or even mead.

For one, it’s an expensive process to make alcohol.

Not unlike making soy sauce, it takes time to brew alcohol and wine.

The longer that alcohol ferments, the more potent and rich it is.

When you buy soy sauce with alcohol, a large part of its cost goes towards paying for the alcohol.

Some companies might also use the alcohol brand as a marketing ploy to increase its price, too.

If a company uses a well-known alcohol brand, for example, it can use it as a marketing campaign.

They’re counting on people buying the product, even if it’s more expensive, because of the brand of alcohol that they used in their soy sauce.

Soy sauce is expensive when it uses alcohol. 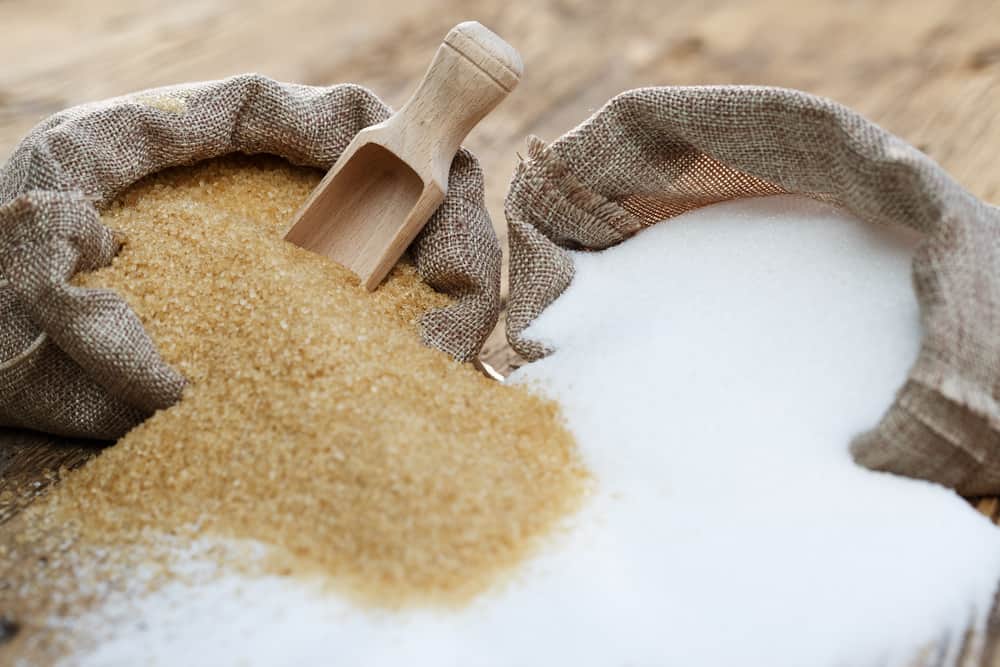 Sugar is another expensive ingredient that goes into soy sauce.

Normally, sugar can be quite cheap.

However, because there have been problems affecting sugarbeet farming, the price of sugar has increased.

In particular, drought has also impacted the supply of sugarbeets.

With a low supply, it means sugar companies have to pay more to source their sugarbeets.

Then they need to process the beets into sugar.

That adds further cost to their production line.

Since their costs are higher, they’re selling their sugar at higher prices.

Soy sauce companies then need to pay higher prices to get their hands on sugar.

Soy sauce is expensive because the cost of sugar is high. 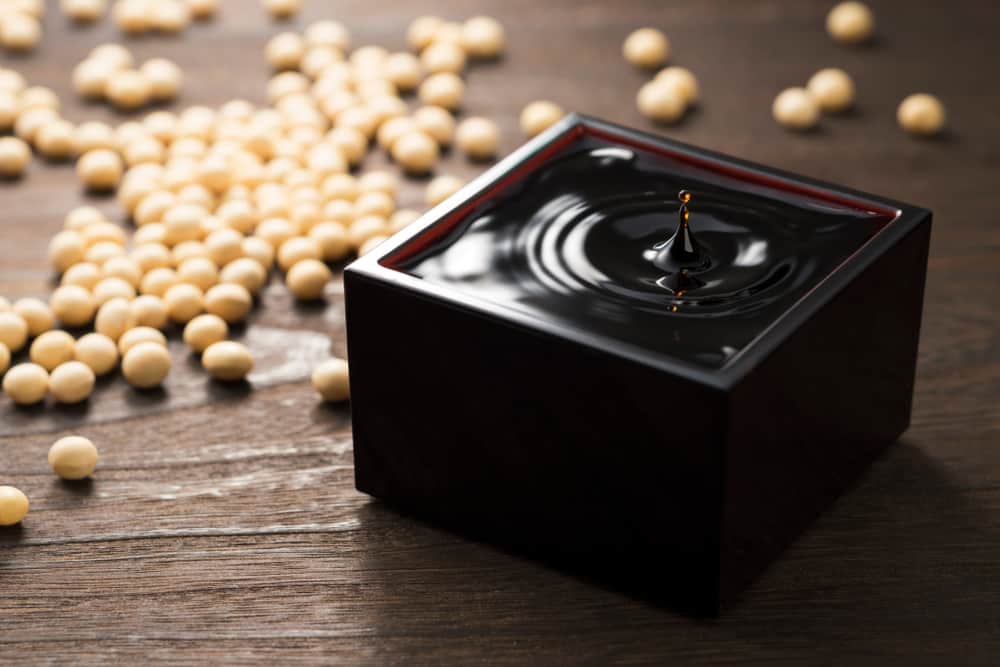 When looking at the label on the soy sauce bottle, you may notice that it sometimes says the product underwent double fermentation.

This means that the company put its soy sauce through a few more steps than others.

They put it through another round of fermentation to make it even more flavorful.

This makes the soy sauce more expensive because it adds substantial cost to the process.

Instead of fermenting for just 30 months, for example, a company might ferment the soy sauce again for another 30 months.

You end up with soy sauce that takes 60 months just to ferment. That’s 60 months in which they weren’t selling it.

They need to sell it at a high price to make the investment worth it.

Soy sauce is expensive when it undergoes double fermenting. 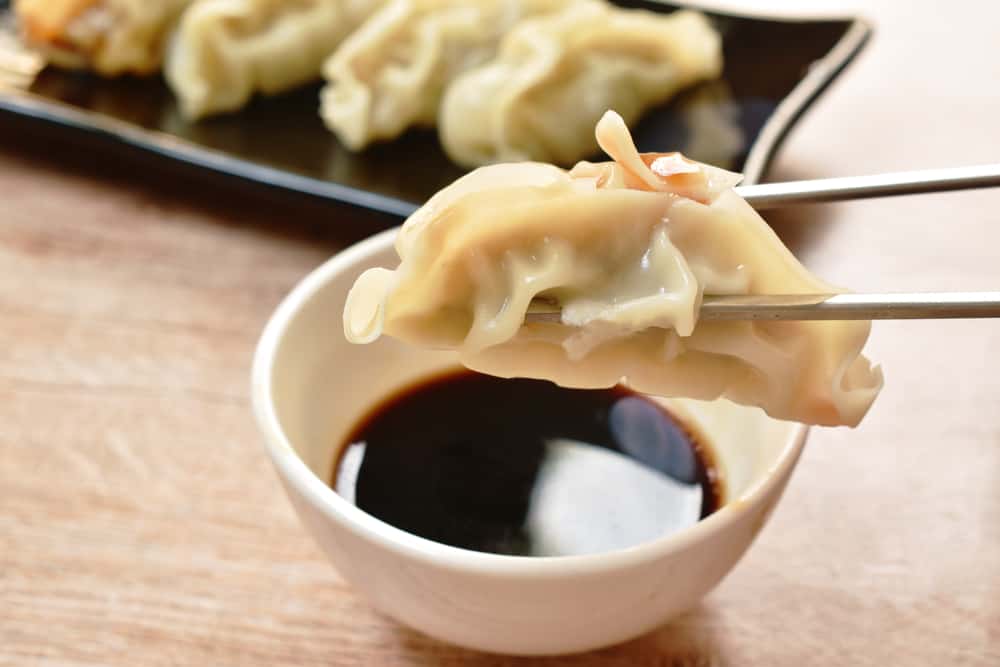 A final reason soy sauce is expensive is that it uses organic soybeans.

You may notice that some bottles call their soy sauce organic.

This essentially means that the ingredients used in it come from organic farms.

Organic products are more expensive because they require a bit more investment.

Since organic products can’t use synthetic fertilizers or pesticides, farmers have to use more expensive means of keeping them safe and growing well.

With higher costs, farmers sell their crops at higher prices.

Soy sauce is expensive when it uses organic ingredients.