You are here: Home / Cold Hard Facts / Why Is Papa John’s So Expensive? (Top 8 Reasons) 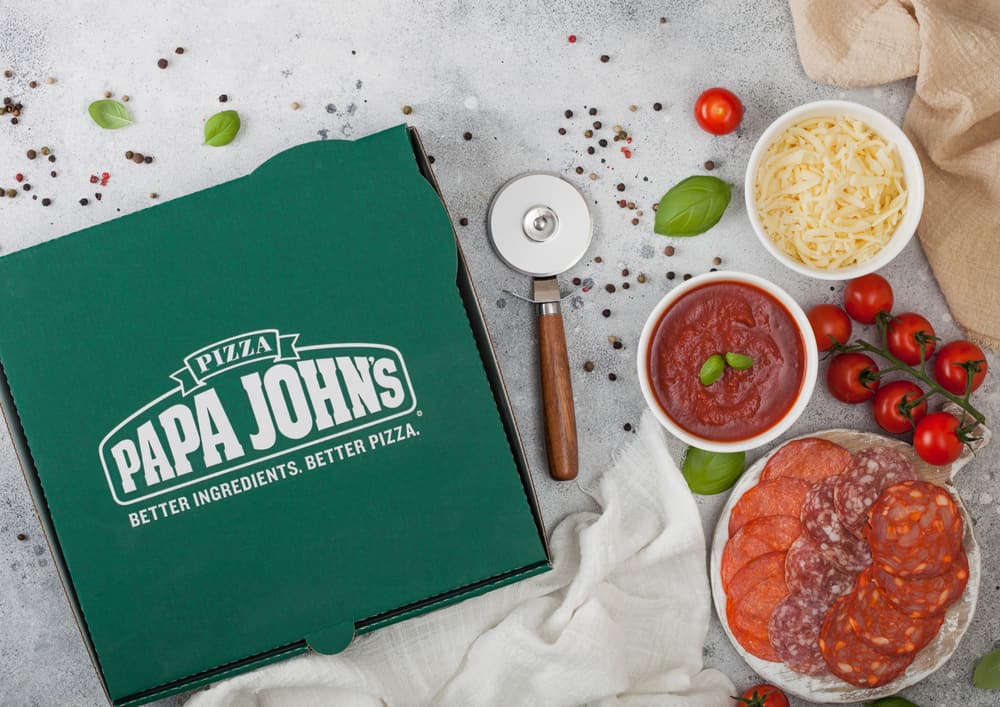 Ordering a pizza on a Friday night or while watching football on a Sunday is a great treat.

Pizza is easy, it tastes great, and most people like it.

There is quite a bit of competition out there when it comes to pizza.

Some people will choose to support local businesses, and others want the consistency of the chains.

Papa John’s Pizza was not always that expensive, but lately, it seems that the pricing is quite high.

Here are a few reasons Papa John’s is so expensive.

Why Is Papa John’s So Expensive? 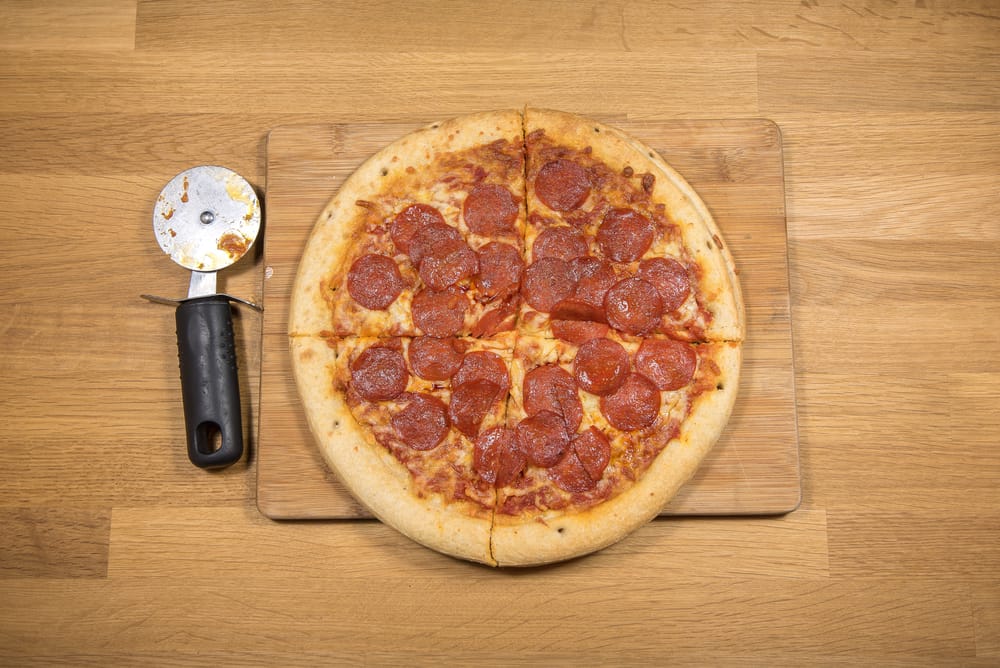 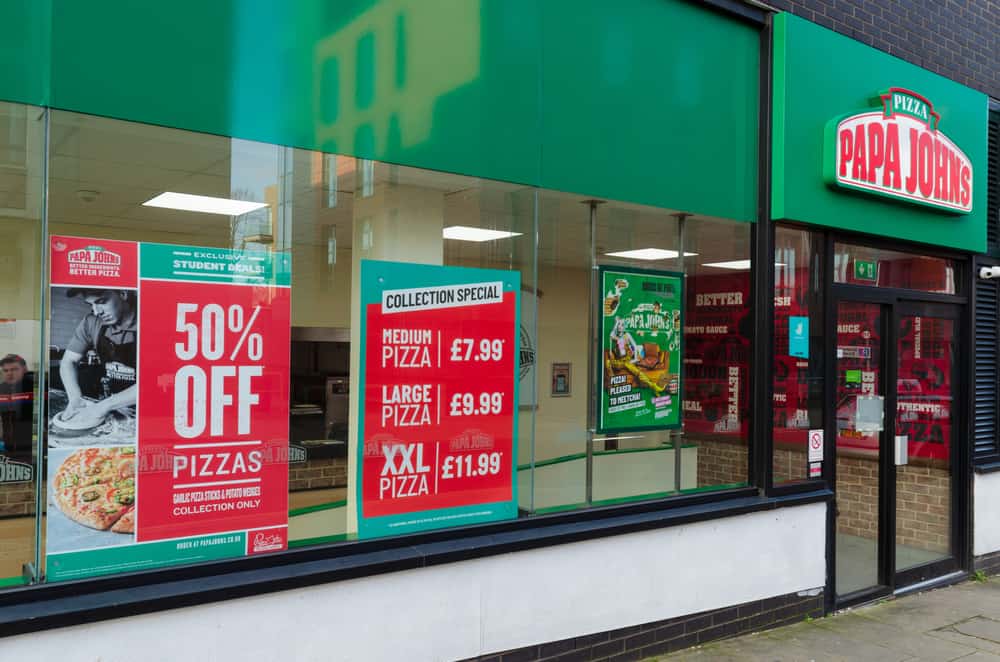 As you have probably guessed, there is a lot of marketing that goes into the pizza business.

There are pizza places on almost every corner of every town.

You can choose between large commercial chains or simple Mom and Pop shops.

Everyone has a specific type of pizza they enjoy, and they generally become loyal to one chain.

That can change, however, when you see a better deal or offer coming from another pizza place.

When you see that the prices may be better at Papa John’s than Domino’s, you may be willing to give it a try.

Pizza companies are constantly battling to get your business.

They know that even if they get you in the beginning with a sale, you could potentially switch to a long-term customer.

If the experience is good and the pizza is enjoyable, then you will probably become a regular customer.

With all the competition out there, if a pizza business stays quiet, they won’t be able to grab your attention.

One of the things that Papa John’s has done is to raise their pizza prices.

The idea behind this is that people will assume because the pricing is higher, then the pizza itself is also going to be better.

Certainly, this is not necessarily the case, but it is a marketing tactic some people will use.

Most people will agree that a local pizza shop using fresh ingredients makes the best pizza.

These pizzas are, however, quite expensive.

Papa John’s is trying to bridge the gap between the cheap pizza places and the high-end Mom and Pop pizza shops.

We are not so sure this has been all that successful, but it is a marketing tactic they are trying.

The concept is that, if you don’t want to pay for the high-end, quality pizza but you still want better ingredients, then you will choose Papa John’s.

This is partly why they are selling some of the more expensive pizzas on the market.

Let’s take a look at the better ingredients they claim to use. 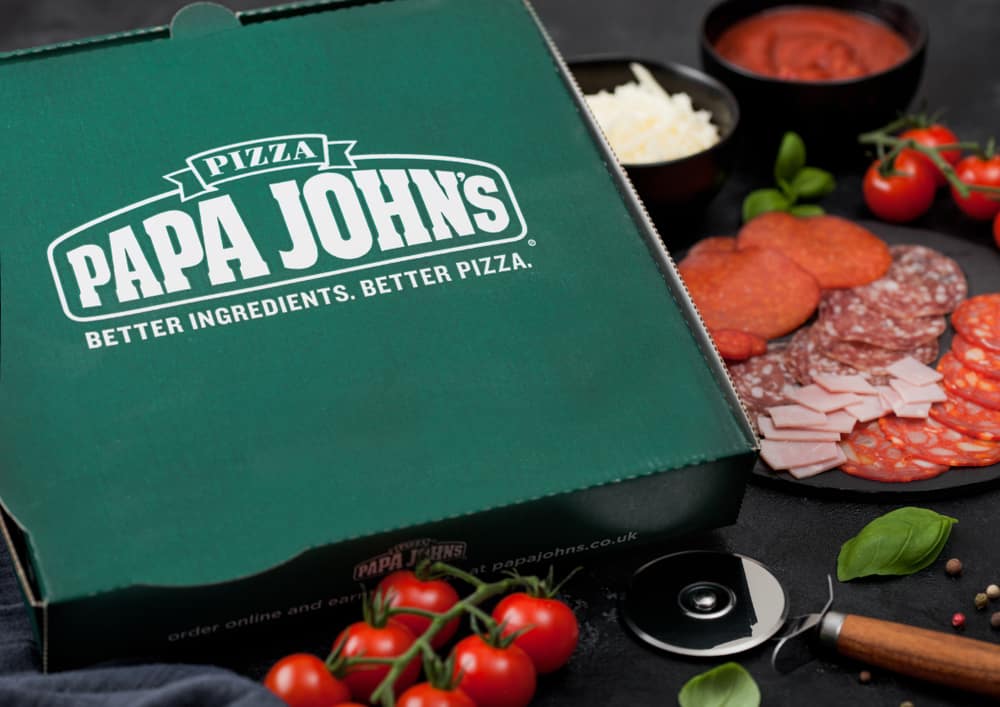 When Papa John’s announced that they were going to start using better ingredients in their pizza, it came as a shock to some.

Some people thought they had been paying for better ingredients all along.

It was undoubtedly a unique way of marketing to admit that you were now going to start making great pizza.

People had been purchasing Papa John’s pizza for many years, so this was a strange announcement.

Regardless, they decided it was time to start selling pizzas with better ingredients but to increase the pricing as well.

Here are some of the things Papa John’s claims about their better ingredient pizza. 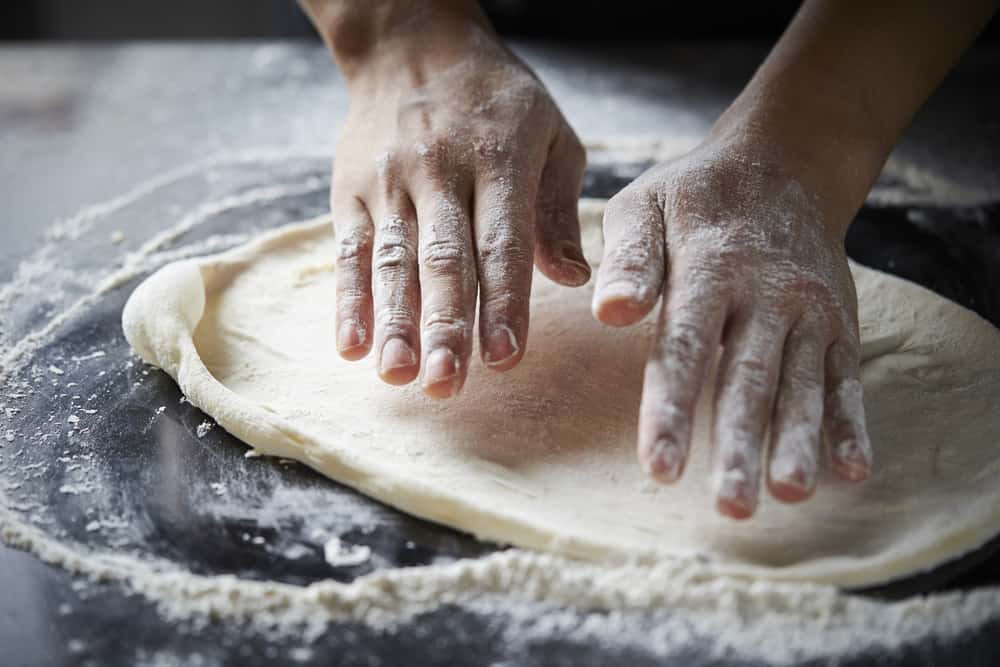 At Papa John’s, they like to keep the dough rather simple.

Truly, this is how a pizza dough should be made.

The flavors you are tasting in the dough are coming from the sauce and not spices or anything else that is in the dough.

Depending on where you are located, some people will say that Papa John’s pizza may taste a little different.

This is because of the taste of water from one area to another.

New York pizza is sometimes said to be the best, and many chefs will tell you that the secret is in the water. 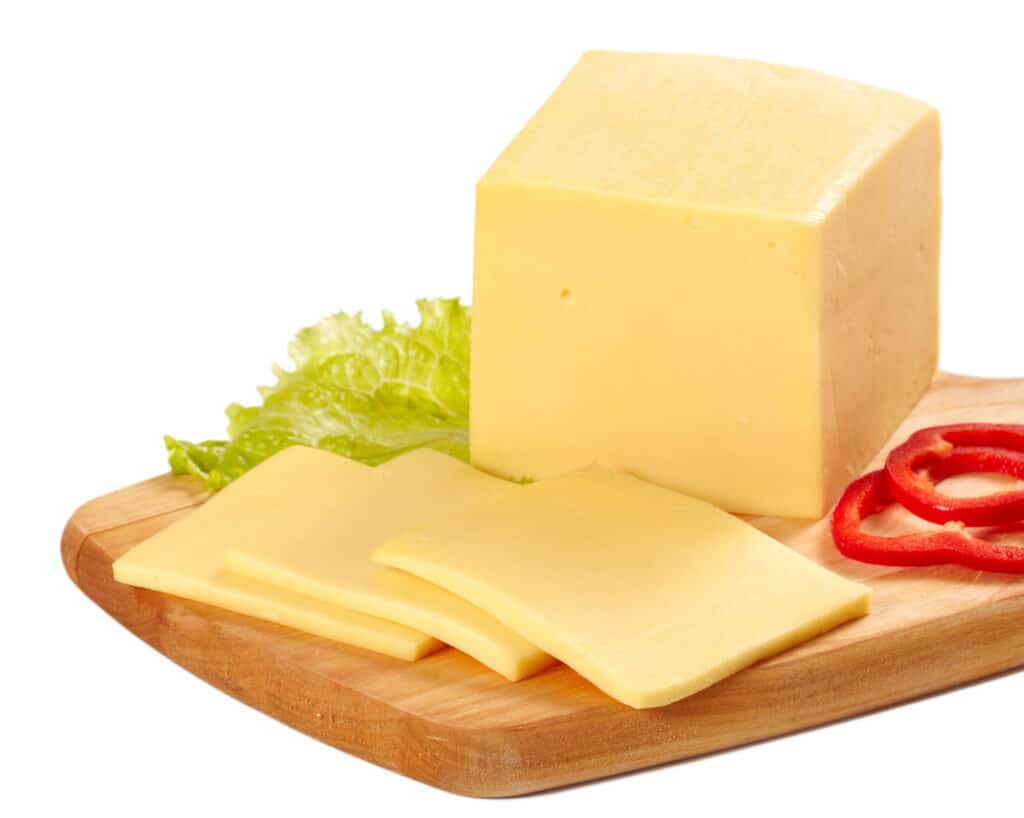 If you thought that all cheese was created equal, you are wrong.

Some cheese is much better than others.

Although Papa John’s mozzarella cheese is not all natural, there are some decent things about it.

First of all, it is a part skim mozzarella cheese.

This makes the cheese a bit less fatty overall and slightly healthier.

Some of the other ingredients in the cheese include food starch, sugarcane fiber, whey protein, and sodium citrate.

Although other pizza bakers are probably using similar things, this is not quite as natural as we would like. 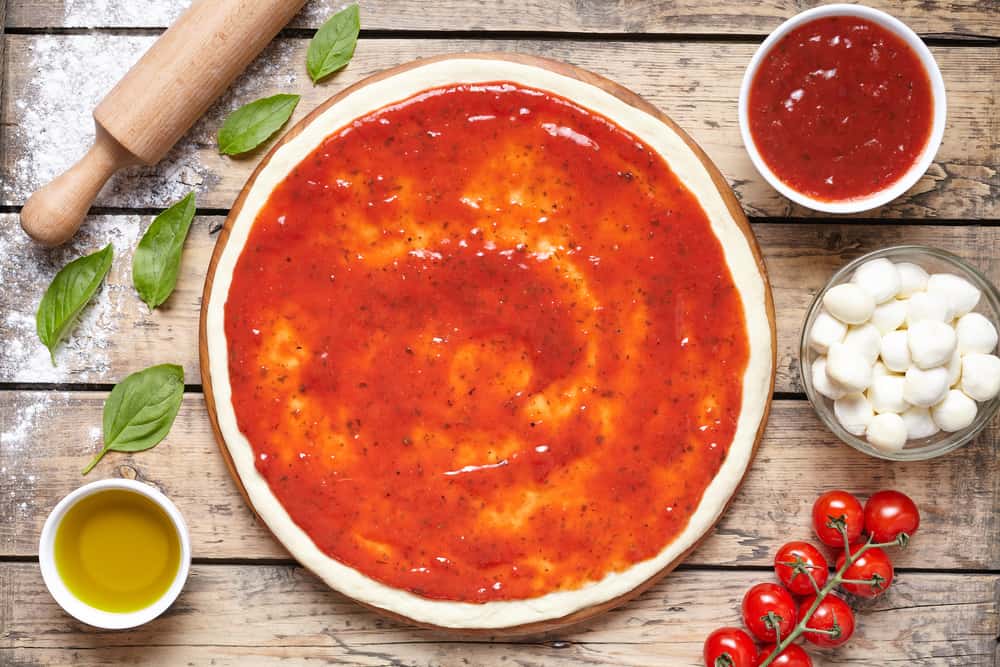 The sauce from one pizza chain to another is always drastically different.

These tomatoes are picked from the vine to be put in the can on the same day.

This helps to make sure that the tomatoes have a very strong, fresh taste to them and that they are in the best condition.

In addition to the tomatoes in the can, you will also find that Papa John’s uses sunflower oil, sugar, salt, and lots of spices to make its sauce.

Overall, the sauce recipe is quite simple, and we like how natural they’ve kept things.

When you look at the better ingredients as a whole, you will see that they are certainly all high quality.

The question still remains as far as what was going on prior to this ingredient change.

We also wonder how much better the Papa John’s ingredients are than some other pizza chains out there.

It is hard to say, as it is something you will likely need to try out for yourself. 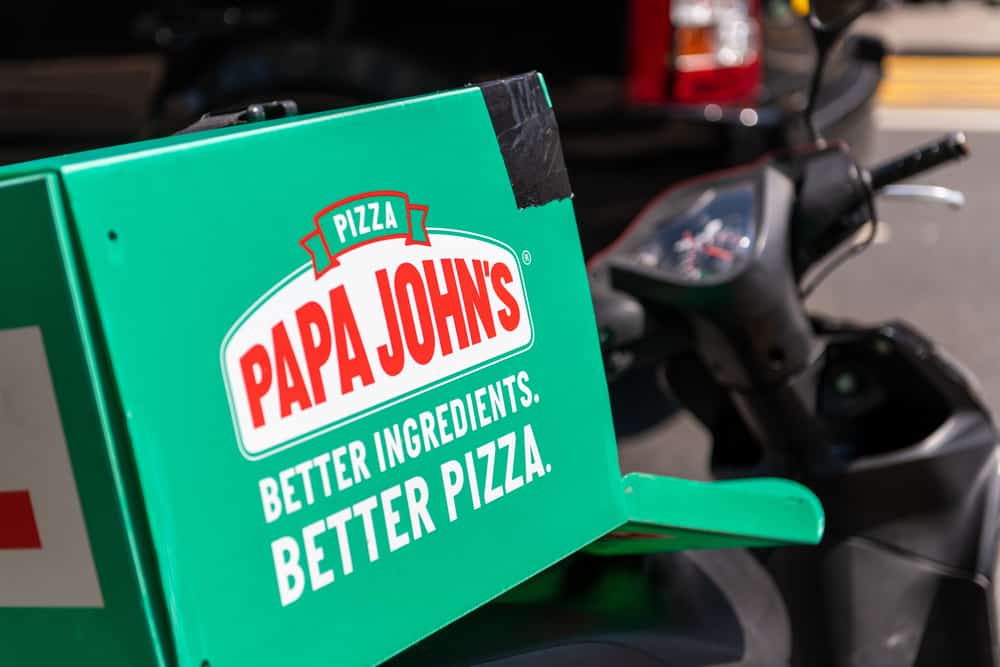 When you are having a birthday party for kids, or you have had a long week at work, chances are you don’t feel like cooking.

This is where Papa John’s comes in to save the day.

When you are tired, and there still needs to be food on the table, a pizza is a perfect choice.

Pizzas are easy, and they are convenient.

Perhaps most importantly, they are fast.

You can order a pizza and have it at your door sometimes in less than thirty minutes.

Most people will really be looking at 45 minutes, but regardless, the timing is fast.

The convenience of Papa John’s is a major reason it is so expensive.

When people can be lazy and don’t feel like preparing the food, they are willing to pay more for it.

When you look at the cost of the ingredients and the time it takes to make a pizza, you may question whether or not Papa John’s is all that expensive.

The pricing is not terrible if you consider having to cook the pie yourself.

Restaurants and fast-food chains can get away with charging higher prices because of the laziness of people.

This laziness is sometimes completely acceptable and justified as well.

For those who don’t want to take the time to make their own pizza, Papa John’s can save the day. 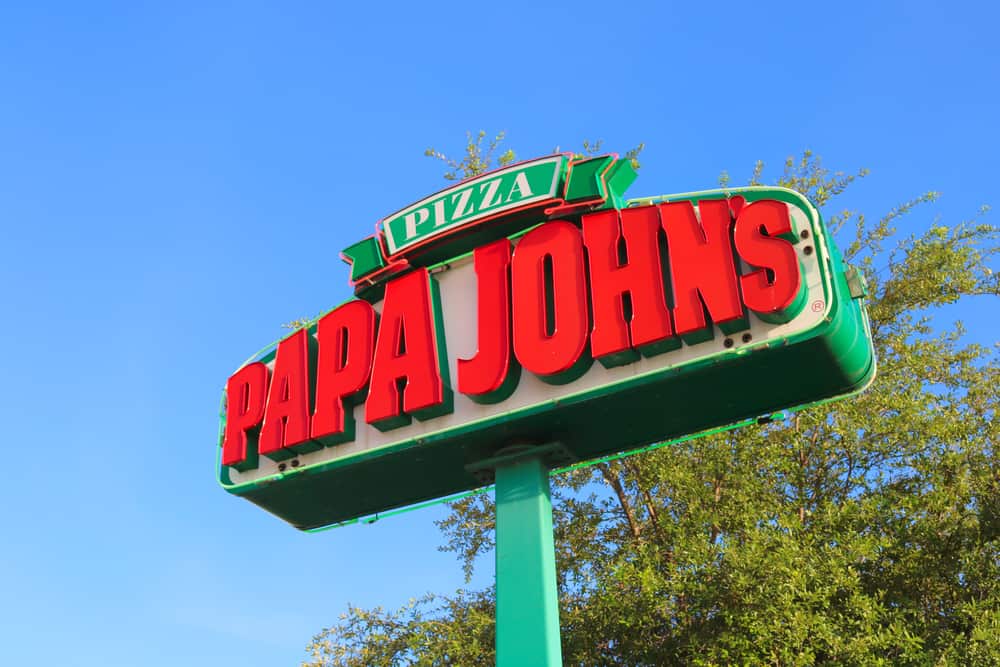 Papa John’s spends a lot of money on advertising.

The idea behind the advertising was to try and help people understand that they had changed their recipe.

They wanted people to know that the recipe had changed, and they should consider eating Papa John’s again.

This advertising did work, but it didn’t really work enough to keep the pizzas at the same price they were once offered.

The price of the pizza went up, and this made some people reluctant to purchase Papa John’s.

With pizza costing more and advertising costing more, it can be hard to understand how this method will work to bring in more customers.

Many people wish that Papa John’s would spend a little less money on the advertising side of their business and lower their pizza costs instead.

You will have a hard time watching a Sunday football game without seeing an advertisement for pizza.

Perhaps fewer of these advertisements and a few more people eating Papa John’s would help to reduce their prices. 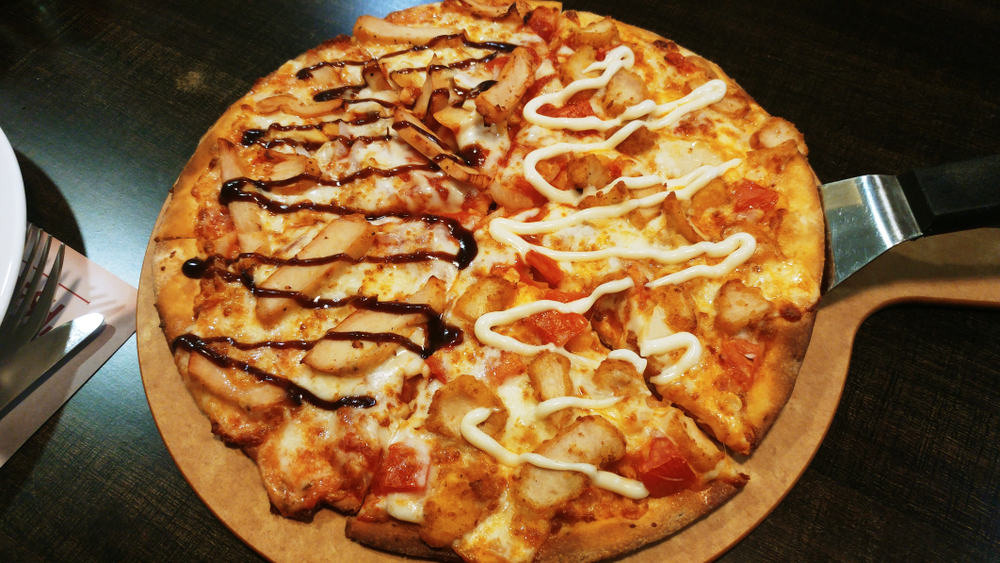 Another reason people sometimes think Papa John’s is expensive is that they often advertise the price for a plain pizza.

You will see that they are offering a special and be tempted to order for yourself.

When you place this order, you will find out that, to add pepperoni and a soda, your price almost doubles.

It may not be fully double, but it will be a much different financial consideration from the original sale that you saw offered.

This is frustrating as most people enjoy having some kind of topping on their pizza.

They will want a pizza with a bit more flavor or a specialty crust as well.

Since these pizzas cost more money to make, they will also be offered at much higher prices.

Once consumers see these prices, things will be a bit different from a sale standpoint.

Keep an eye out for deals where the specialty pies go on sale.

When you can find a good price for a few toppings on their pizza, then Papa John’s pricing seems a bit more reasonable.

How to Save Money on Papa John’s Pizza 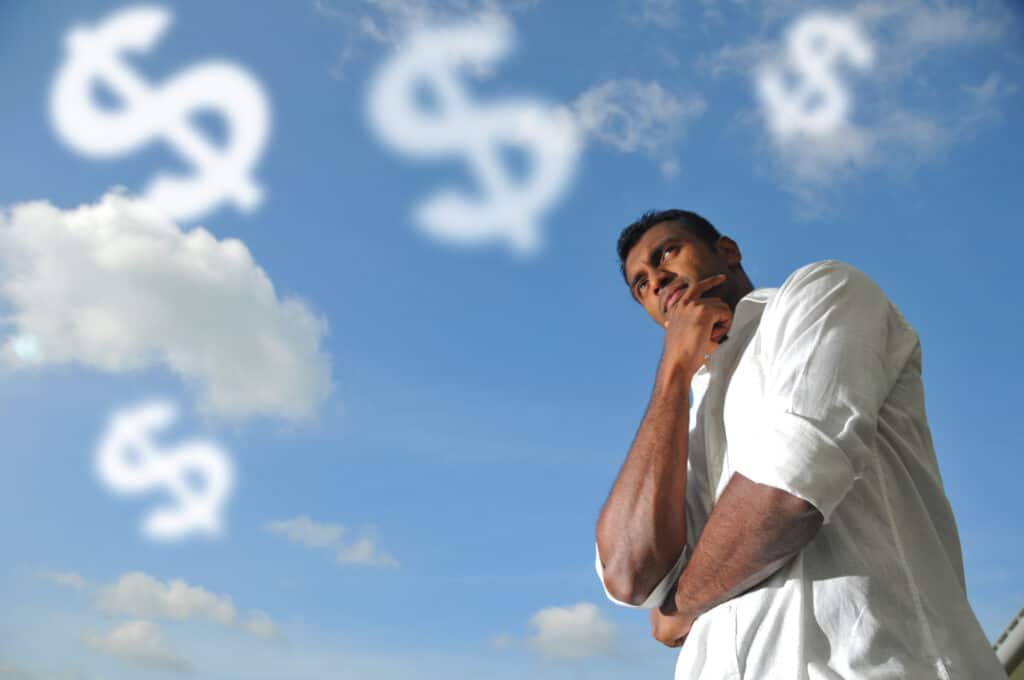 If you decide that you are a Papa John’s pizza fan, then you may want to find some ways to save money.

The best thing to do is to look for coupons.

The coupons are not that hard to find.

You can find them online or in local newspapers as well.

Sometimes you can find a coupon that is specific for a certain day or time.

If you choose something that is time or day specific, you may have the best chance of saving money.

A place like Papa John’s knows that they are going to be busy on Friday night.

However, on Tuesday at lunch, they may not be quite as busy.

This is your chance to grab a pizza at a great price.

Another way to save money is to look for current deals.

If the deal is on a two-topping pizza, try and find two toppings that you love.

If you need a three-topping pizza, then you are probably going to have to pay a bit more.

Some people have no problem paying for a Papa John’s pizza because they think it is the best one out there.

Others will look for cheaper options than what Papa John’s has to offer.

Whatever type of pizza you like and whatever your budget is, you will find that Papa John’s has improved their pizza over the last few years.

We will not say they are the best pizza chain out there.

You will have to decide that for yourself!

Why Is Papa John’s So Expensive? (Top 8 Reasons)