You are here: Home / The Cold Spotlight / Why Is Mustard So Expensive? (10 Reasons) 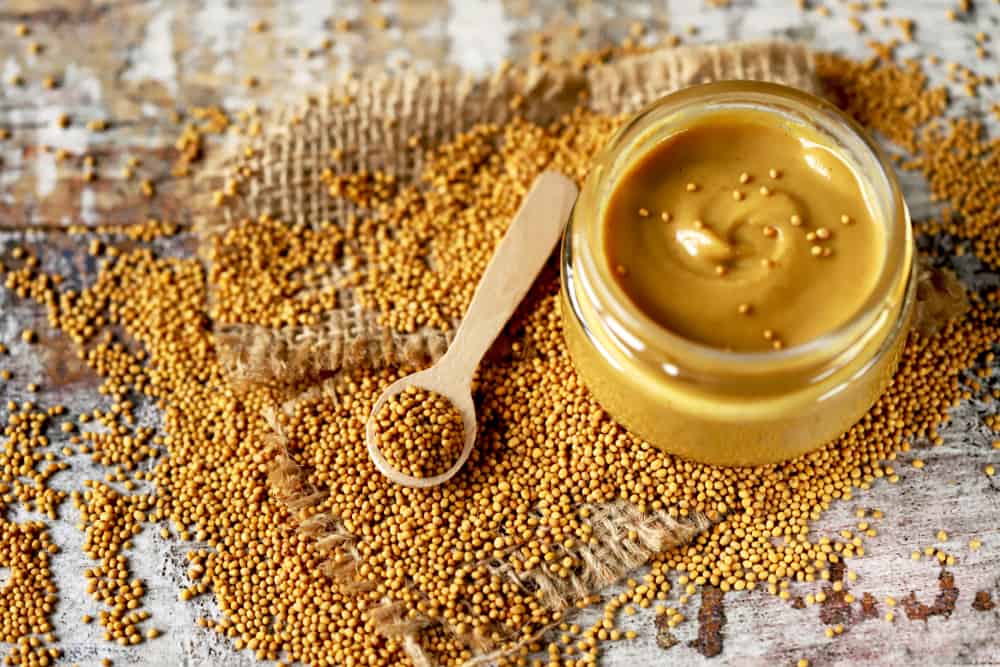 Mustard is a popular condiment often seen at cookouts.

It’s great on hamburgers, hot dogs, and even in some more complex dishes.

The exact ingredients used in mustard vary by brand, but some common ingredients usually include mustard seeds, vinegar, salt, and water.

If you’ve been out shopping for mustard recently, then you may have noticed that the price of mustard has become quite expensive.

Considering it has relatively simple ingredients, you may wonder what makes mustard so expensive. 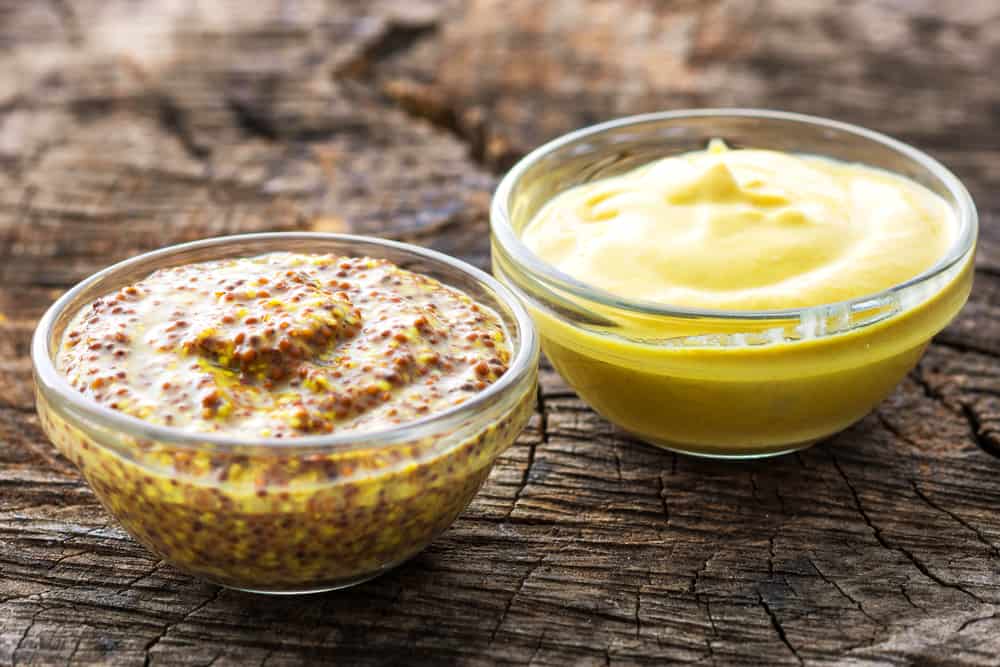 The average price of mustard is around $3.

However, there are some specialty brands that sell mustard for over $30.

Certain factors like problems growing mustard seeds, the different ingredients used to make mustard, and its authenticity can make mustard quite expensive.

1. Drought Affecting Growth In Canada And US 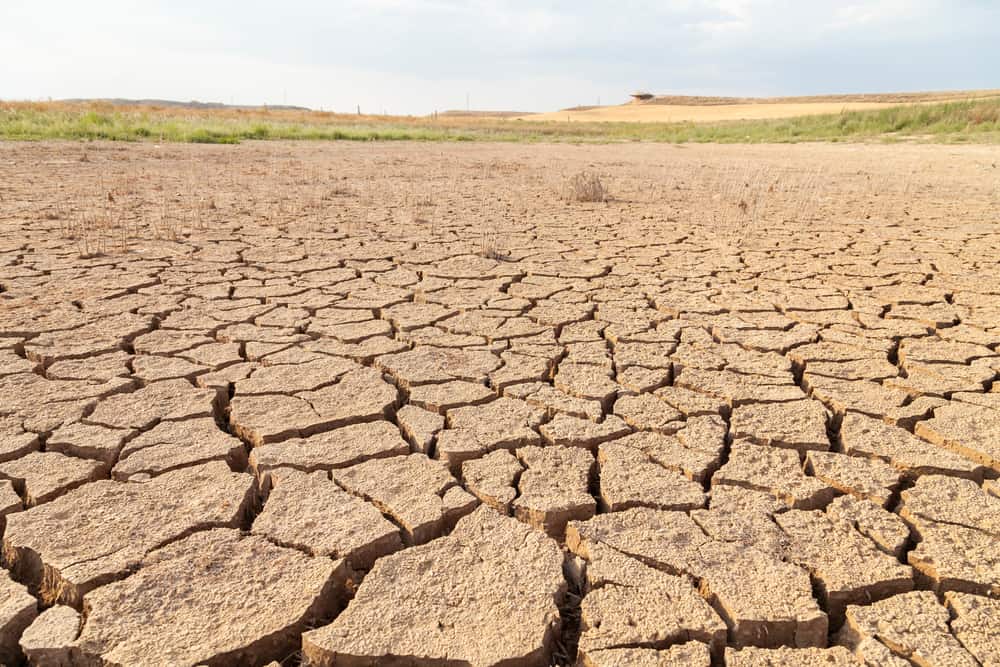 Mustard seeds are primarily grown in Canada, but the United States grows mustard seeds, too.

You can’t have mustard without mustard seeds.

To make mustard, mustard seeds go through a grinding process to create a powder.

It’s the seeds that give the mustard its unique flavor.

The problem with growing mustard seeds in Canada and the United States, however, is that both countries have been experiencing drought.

The regions in which they grow mustard seeds are being affected by these droughts.

The lack of water keeps the seeds from sprouting.

It can also impact future harvests as well.

If the soil isn’t wet enough, then the plants won’t flourish and take root.

Because of this, some farmers have been unable to supply enough mustard seeds to meet demand.

As a result, there’s a shortage of mustard seeds to make mustard.

Mustard companies have to pay top dollar to get their hands on enough seeds to make their products.

Since they’re paying more, consumers are going to pay more, too. 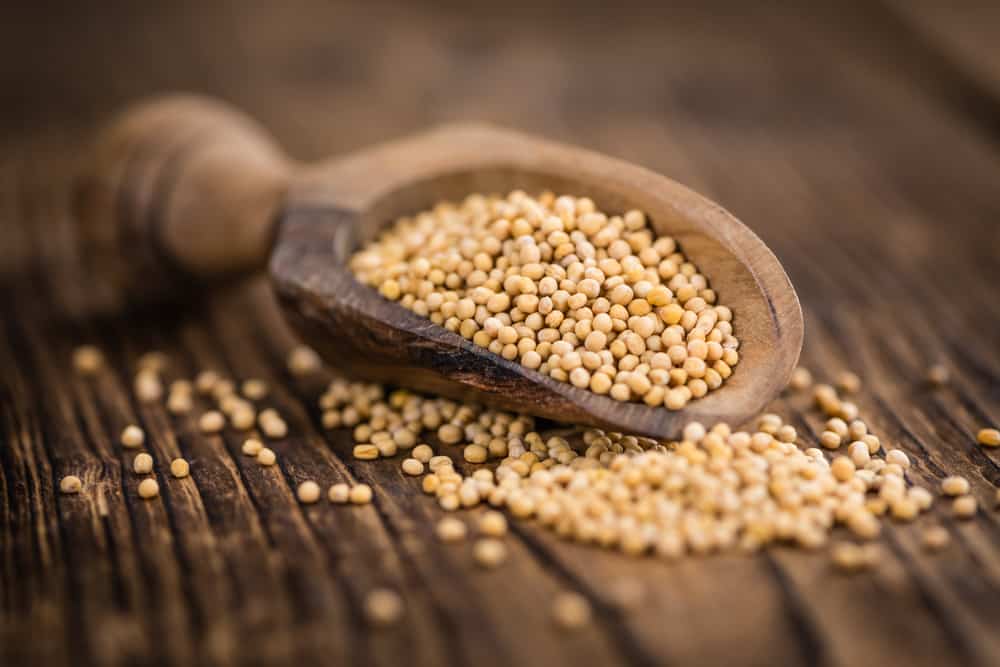 Another problem impacting mustard prices is the fact that fewer farmers are planting mustard seeds.

Farmers tend to plant whatever is going to make them the most amount of money.

Some have familial ties to certain crops, so they plant those.

Others follow market trends and capitalize on growing crops that will earn them the most money.

When it comes to mustard, its price tends to rise and fall.

When mustard prices are low, there are fewer farmers planting mustard seeds.

It doesn’t make financial sense to them.

Instead, they’ll sow their fields with whatever crop looks to be the most promising.

As such, a shortage of mustard might occur during that time since there are fewer farmers supplying the seeds needed to make it.

Come next year, there might be more farmers who plant mustard seeds because they can sell them for top dollar.

It’s a sort of cycle that impacts the price of mustard.

Mustard is expensive because farmers sometimes choose to plant other crops instead of mustard seeds which can create a shortage. 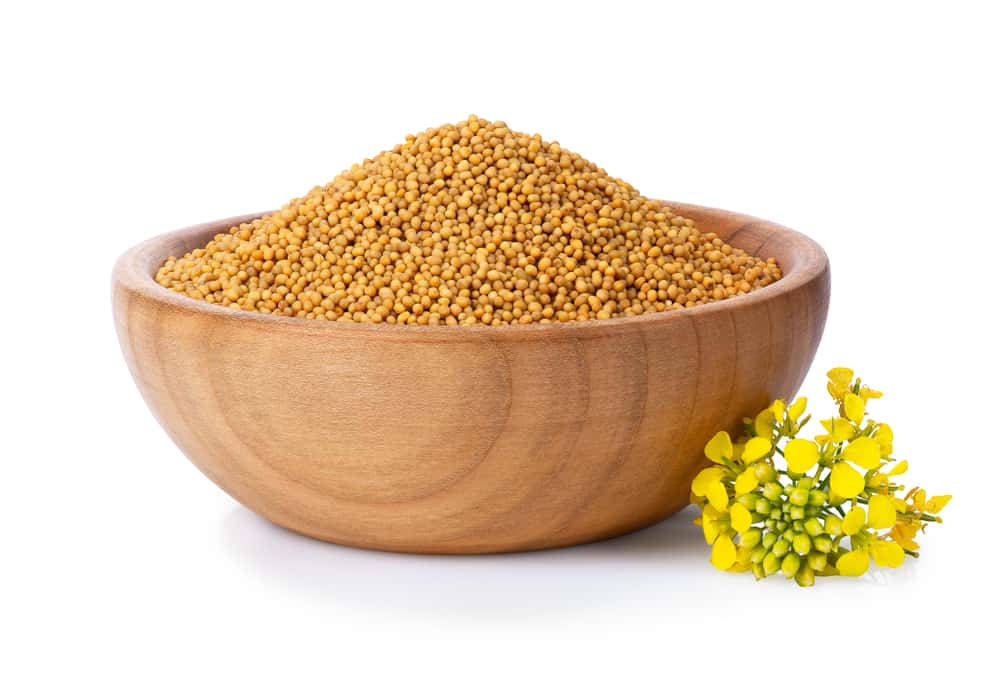 Canada is the top exporter of mustard seeds.

The United States is usually the top importer of mustard seeds.

This makes mustard expensive because it means the United States is usually reliant on imports for its mustard.

While the United States does grow its own mustard seeds, it tends to focus its farmlands on other crops.

Canada is able to plant large fields of mustard seeds.

Since Canada is right next door, it makes sense for the United States to import mustard seeds from Canada.

That said, anytime you buy an imported product, there’s a good chance that it’s going to be on the expensive side.

The primary reason mustard seeds from Canada are expensive is that there are fees and taxes associated with them.

To export mustard seeds to the United States, Canada has to pay taxes.

Since they’re a more expensive crop to grow before the taxes are added, mustard manufacturers have to pay higher costs.

That also means that if any problems occur with Canada’s supply, then the United States could face a shortage that might drive up the price of mustard even further.

Mustard is expensive because the United States imports a good amount of its mustard seeds. 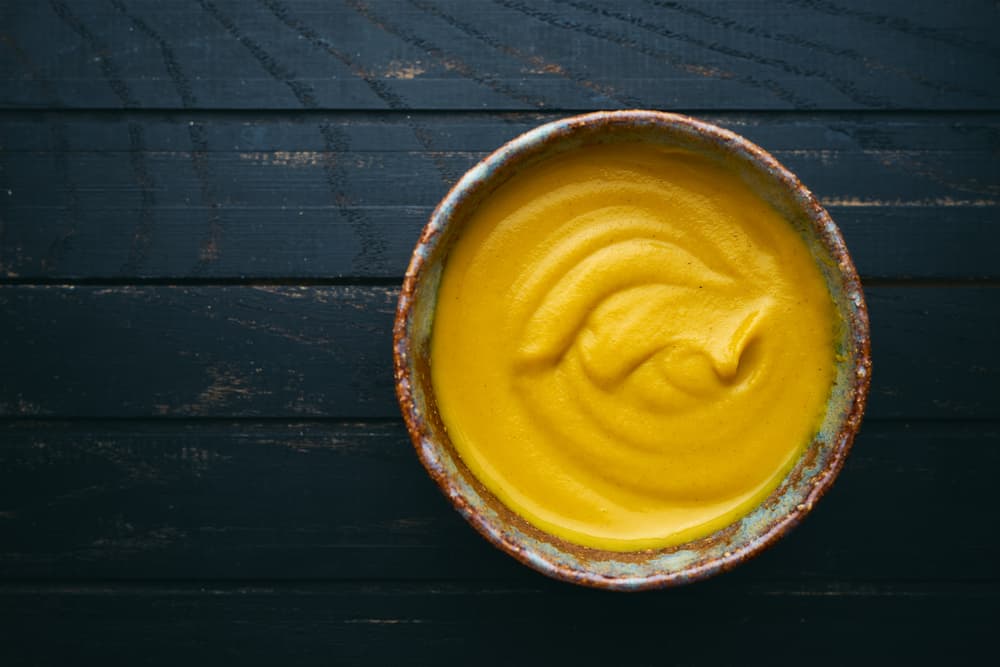 When it comes to mustard, you can find some unique varieties.

One variety, for example, uses wine in its production.

This type of mustard is often considered a premium product.

This is because it has white wine in it that is usually priced at $40 or more.

The fact that it contains wine is the primary reason behind its high price.

Wine is an expensive ingredient to use.

Even if the company uses it sparingly, wine can add a lot of value to a product.

Besides its material costs, mustard that uses white wine is expensive because of its fancy nature.

Any time you add wine to something, you’re basically making it a bit more interesting.

The flavor might certainly become more enhanced and potent, but since wine is also considered a “fancy” drink, anything that uses wine is also going to have the reputation of being fancier.

“Fancy” is another word for luxury.

When it comes to luxury products, the price is always expensive.

Mustard is expensive when it uses wine in its ingredients. 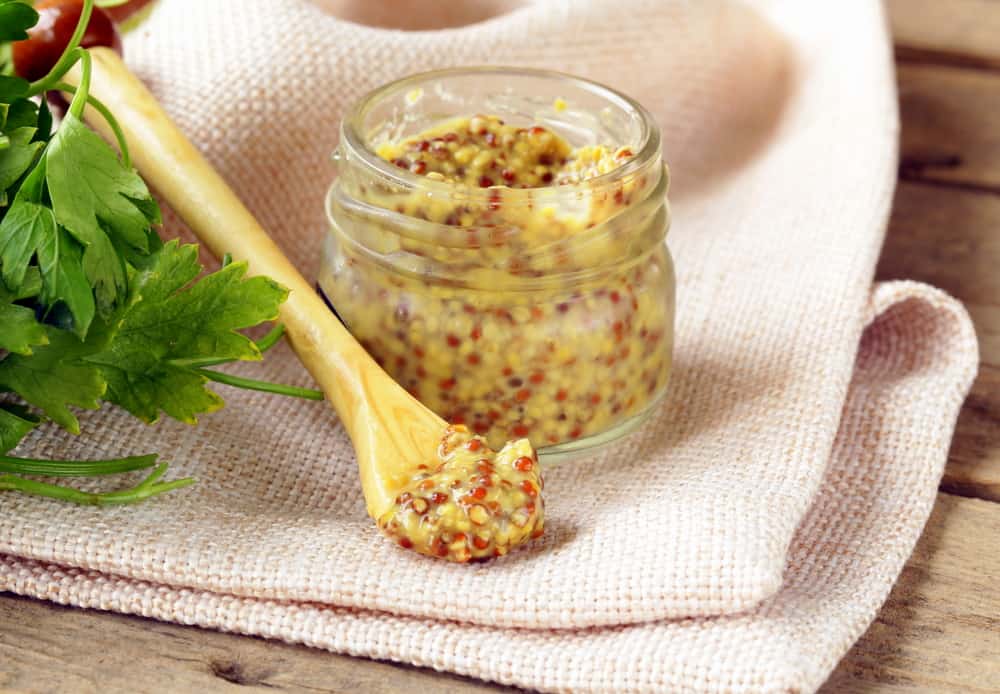 Perhaps one of the most expensive types of mustard that you can buy is Dijon mustard.

The reason this particular type of mustard is expensive is that it is manufactured in the birthplace of mustard.

Named for the town in which it was first made, authentic Dijon mustard comes directly from France.

While there are other manufacturers who make Dijon mustard, if you want the real stuff, then you need to buy the mustard that comes from Dijon, France.

The reason this particular mustard is expensive is that the French only plant a few fields’ worth of mustard seeds.

They keep their supply relatively low to make their mustard all the rarer and more special.

They also use some of the same techniques and recipes that they did originally to make their mustard.

Yellow mustard tends to have a sweeter flavor while Dijon mustard doesn’t.

Since it’s made in France, you can expect the company to use some of the best wine available.

Mustard is expensive when it comes from Dijon. 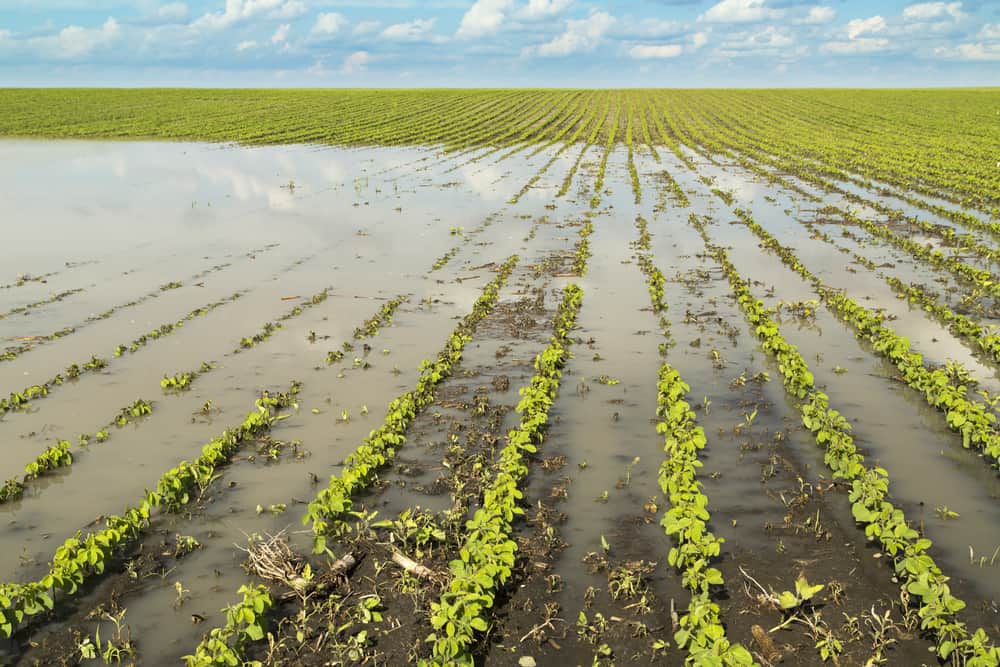 While drought has been impacting one portion of Canada, another part of Canada has been experiencing flooding.

The flooding that occurred caused fields to become drenched.

Crops took on too much water and either drowned or were washed away.

Others had a higher risk of developing rot.

This also impacted the mustard seeds.

If the seeds didn’t wash away or become damaged, there were other flood-related problems that impacted them.

Farmers looking to make up for their damaged crops had to replant those they lost.

This meant fewer farmers were able to devote their time to planting more mustard seeds.

Combined with Canada’s drought, the flooding only further worsened the supply of mustard seeds on the market.

With a shortage of mustard seeds coming out of Canada, it means mustard prices across the world have been higher.

Mustard is expensive because of the floods that Canada experienced. 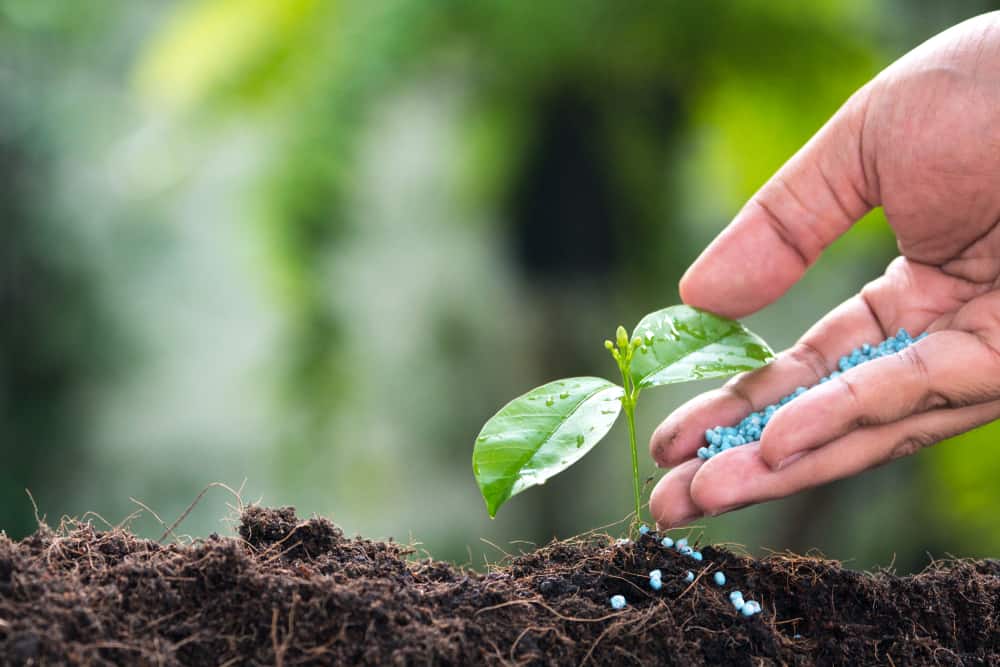 Climate is just one issue that farmers are faced with—another is high fertilizer costs.

In particular, some farmers are having problems growing mustard seeds due to a lack of fertilizer.

Fertilizer shortages have made the price of fertilizer skyrocket.

There are a few different factors at play behind the increased price.

Shortages are occurring due to trade embargoes and a reduced supply of ammonia and nitrogen.

It’s those key ingredients that nourish the soil.

With a lack of those ingredients, manufacturers are unable to produce as much fertilizer.

To get their hands on them, they end up having to pay a large amount of money.

As such, any fertilizer they make ends up selling at high prices.

There’s only so much fertilizer to go around despite there being a high demand for it.

As a result, farmers are the ones who end up paying the highest price.

They have to offset the costs of the manufacturer.

Since the farmers take on more costs to get their hands on fertilizer, they need to break even, too.

To be able to do that, they need to charge higher prices for their crops.

Mustard is expensive because of high fertilizer costs. 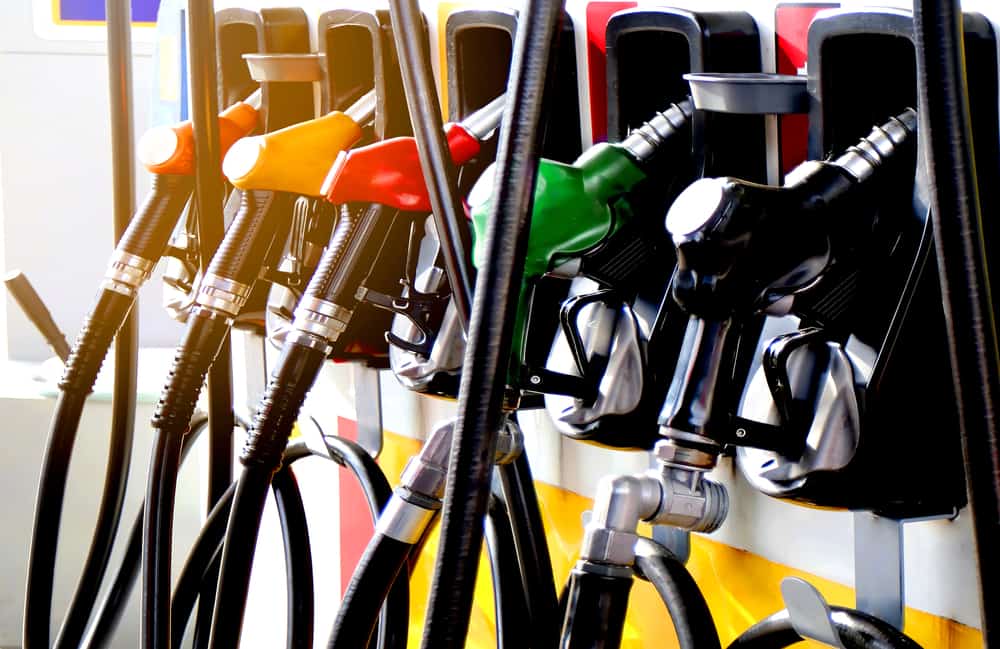 Another cost that’s causing farmers problems is the cost of fuel.

Oil refineries have either closed down or reduced capacity over the past few years.

That’s impacted the supply of fuel.

When there’s a fuel shortage, then the price increases substantially.

Part of that is due to demand.

Almost everyone needs fuel for something.

Because demand is so high, if there’s a shortage of fuel, then you can expect high gas prices.

That impacts farmers because they use a lot of fuel to power their tractors.

The more tractors they have, the more fuel costs they have.

Since it costs more to operate their tractors and transport their food, farmers have to raise prices.

Mustard is expensive because of high fuel costs. 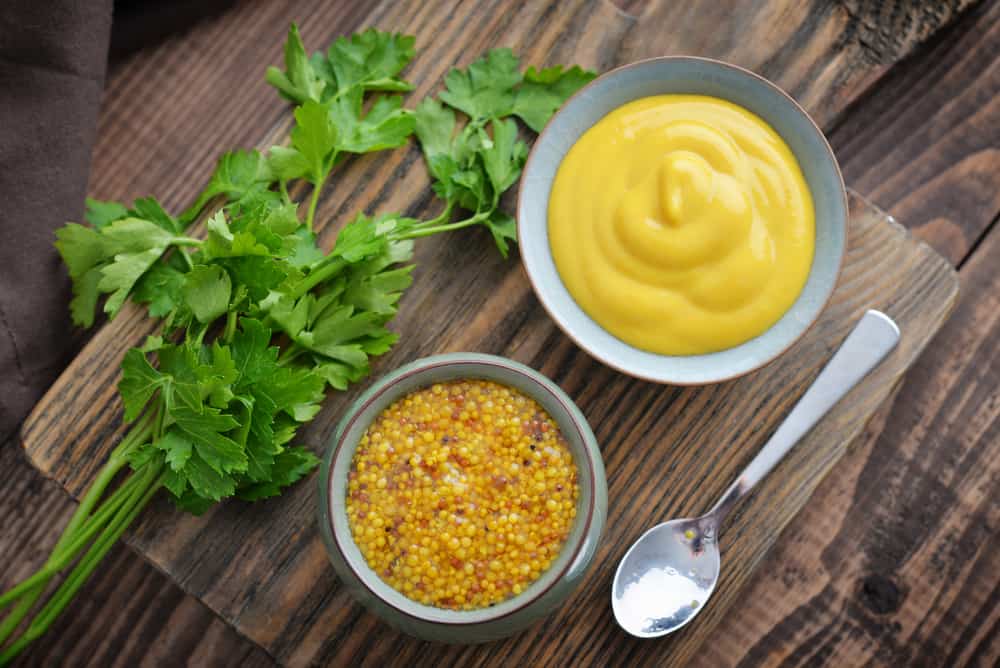 Mustard uses a few different ingredients in its processing.

Some companies go above and beyond, however, to make unique blends of mustard.

As such, some manufacturers end up taking on more costs than others.

One such example is mustard which uses truffles in its ingredients.

Truffles tend to be expensive.

The bigger they are, the more valuable they are.

Anything made from truffles, like truffle oil, is also expensive.

As such, if a mustard uses truffle in its recipe, then it’s adding to the cost of production.

To offset their higher costs, companies sell this mustard at higher prices.

Mustard is expensive because some varieties use expensive ingredients. 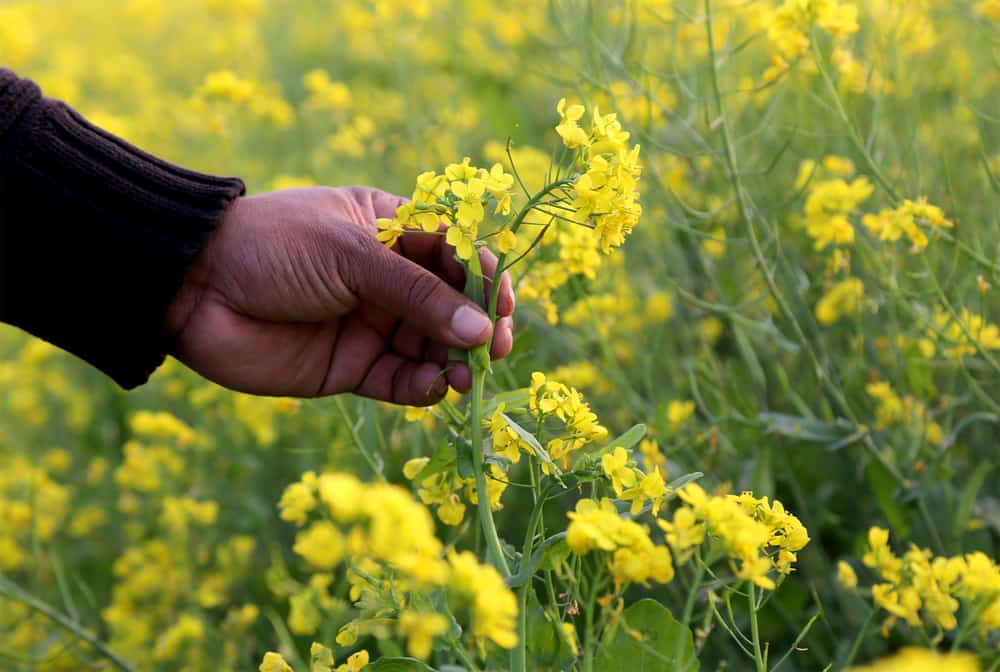 A final reason mustard is expensive is that some growers have been facing problems with pests.

There are a number of pests that love to eat mustard plants.

Aphids, for example, like to eat the leaves of mustard plants.

When pests start to eat their way through mustard plants, then it means they’re not going to be able to produce seeds.

That further prolongs the problem with a mustard seed shortage.

Some farmers will spend a lot of money to kill pests.

Those who grow organic mustard have to spend even more money to use natural means of pest control.

Because of this, organic mustard is more expensive than regular mustard.

Mustard is expensive because pests can increase farmer costs.

Mustard is a beloved condiment by many for its unique flavor.

However, problems farming mustard seeds and a dependency on Canadian imports can make mustard quite expensive.