You are here: Home / The Cold Spotlight / Why Is Leonardo DiCaprio So Popular? (Explained) 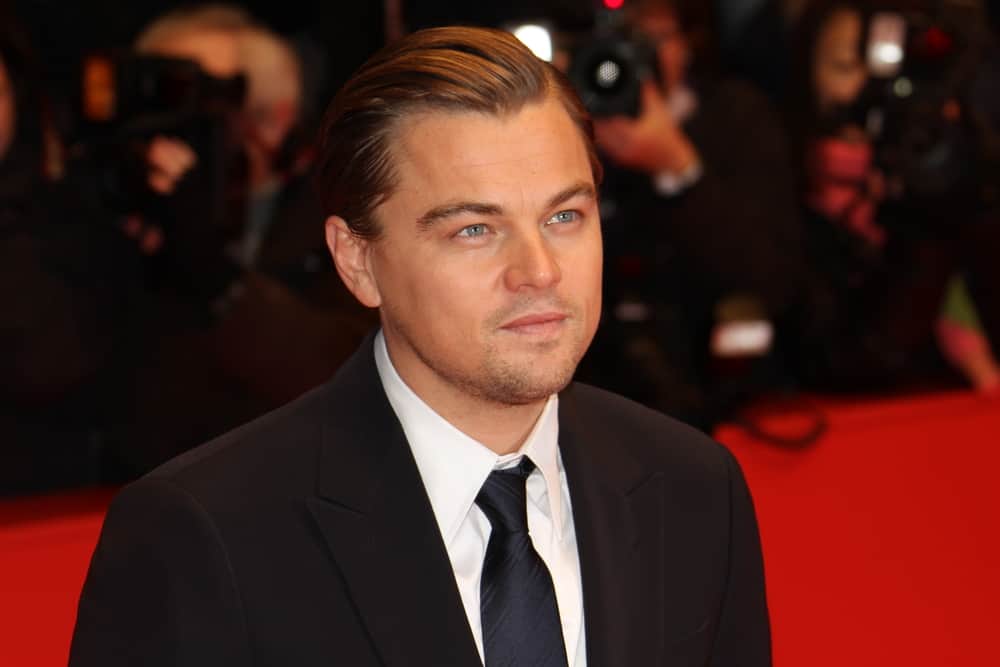 Leonardo DiCaprio is described by some fans as a step above all other actors, with a prestigious attitude, and has become a highly respected actor in the 21st century.

Compared to some other popular actors who seem to appear in a new movie every year, DiCaprio has not been in a large array of movies to accumulate his fame and popularity in the same way.

Because of this, the reasoning behind his popularity may be unclear to fans.

Let’s learn more about the conscious and perhaps unconscious efforts put forth by Leonardo DiCaprio to create and maintain his status as a popular actor.

Why Is Leonardo DiCaprio So Popular? 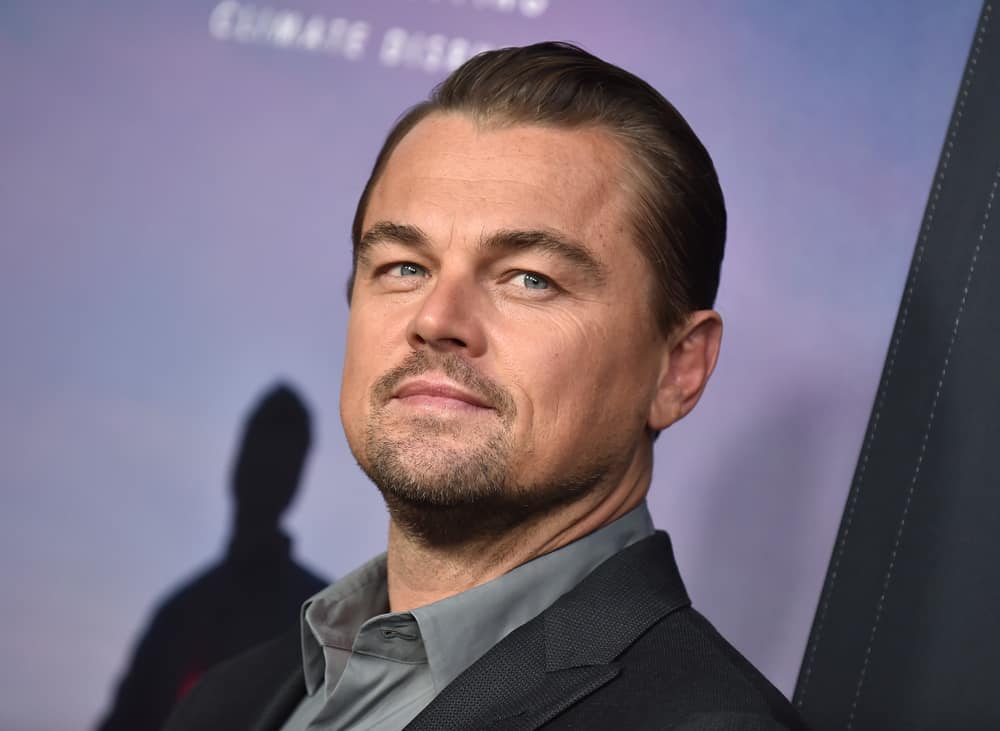 Leonardo DiCaprio is popular because of his acting skills as well as an excellent production crew and directors that have the ability to showcase and build off DiCaprio’s talents on screen.

He is also known for his kind and generous personality off-screen towards the production crew, co-actors, and fans.

Comments about the actor found on social media pages, magazines, and other news sources are not typically negative or especially scandalous as compared to other actors.

DiCaprio is also different from some other popular actors in a major way, and that is that he is exclusive and picky about the movies and directors that he has affiliated with. 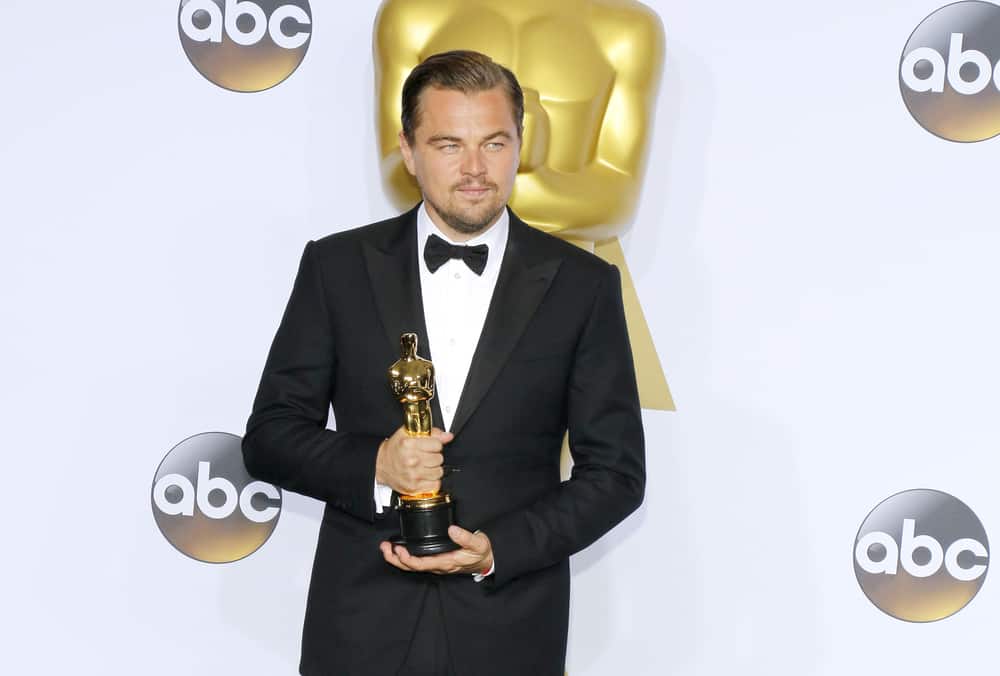 There is no doubt that DiCaprio is an excellent actor.

He has had plenty of experience to master these skills and has been acting since he was only a toddler in Romper Room.

His film acting history truly began with Critters 3 and Poison Ivy, both movies that are not part of the typical genre of movies that he worked on in the 2000s.

Neither movie did particularly well, according to their Rotten Tomatoes scores, which perhaps may have led the actor to realize the horror genre was not meant for him.

After the setback of those films in the early 1990s, DiCaprio went on to This Boy’s Life and What’s Eating Gilbert Grape which ultimately kick-started his film career.

However, some fans may argue that his participation in Shakespeare’s Romeo and Juliet is what officially put DiCaprio on the map as an up-and-coming actor and teenage heartthrob.

After the success of Romeo and Juliet, DiCaprio went on to steal fans’ hearts further in Titanic.

DiCaprio appears to have gotten lucky as an actor, in that the majority of his movies have been successful.

These movies and roles include:

DiCaprio’s role in Romeo and Juliet began his rise to popularity, but Titanic can be considered a role that solidified his popularity and made fans look forward to his future work.

Additionally, Shutter Island introduced a wider range of acting skills and his ability to portray a character with a psychological problem that fans hadn’t had the opportunity to see in his previous roles.

Not surprisingly, DiCaprio has won several awards for his acting skills throughout his more than 30 years of acting.

However, one area of surprise may be that the popular actor has only won one Oscar award, and that was only awarded to him in 2016 despite his many years of acting.

The Oscar was for his work in the film, The Revenant.

His Oscar win was big news for both DiCaprio and his fans, as many lifelong fans had been waiting for years for the legendary moment.

In fact, the suspense surrounding the buildup to DiCaprio’s Oscar win has been captured by Twitter users who still comment several years later about the injustice that he had to wait more than 30 years to win one.

Many even insinuated that the only way to win an Oscar is to go to extremes, like fighting a bear on screen.

It can be argued that DiCaprio’s inability to win an Oscar for an extended period actually helped to increase his popularity, as fans rallied together in support of the actor.

It is common for fans to deliberately check the ratings of new movies before spending, or wasting, their money going to the theaters.

Rotten Tomatoes is one of those sources used to help determine if a movie is worth going to the theaters for or if it’s better to wait for the future (and free) release on streaming services such as Netflix or HBO.

Rotten Tomatoes has scored the 10 best (and worst) movies that DiCaprio has starred in.

The movies, in descending order according to their Rotten Tomatoes score, include:

Interestingly, The Great Gatsby only scored 48% on Rotten Tomatoes despite the continued popularity of the book and the accompanying movie being taught in schools.

According to Twitter users, the most popular movies that DiCaprio has been in include:

2. Directors DiCaprio Has Worked With 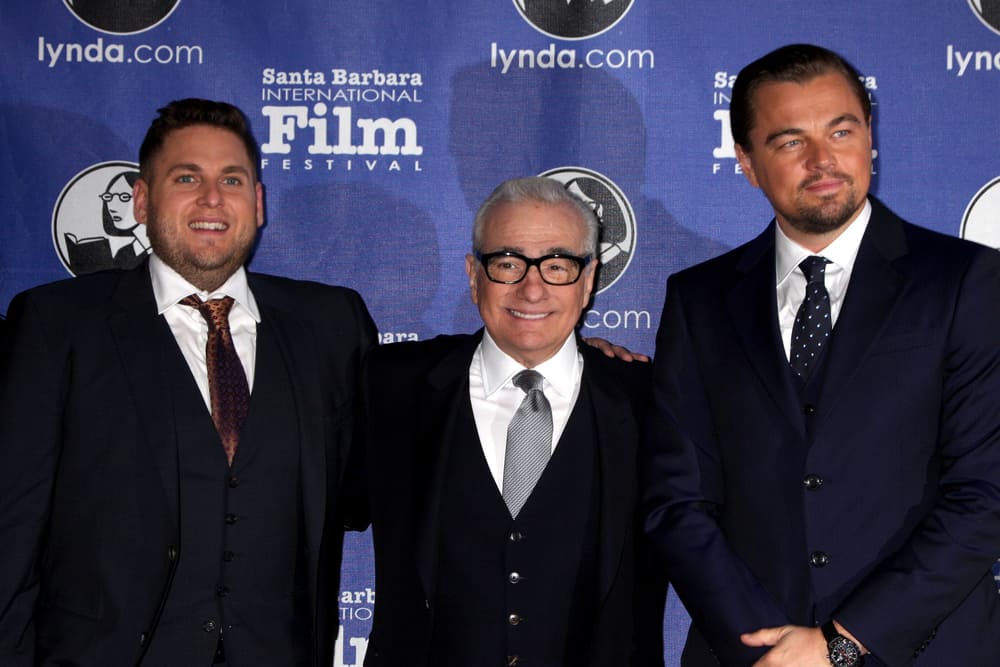 Another reason for DiCaprio’s popularity is that his image has been successfully crafted with the help of an excellent crew of production workers and most importantly, directors, who help to create his movies.

This fan states that they believe DiCaprio’s fame has come from his ability to secure roles in well-performing movies alongside “people (directors) he knows will have a good script and that will bring the best out of him.”

This did not all happen purely by chance, rather, the actor is known for searching out big-name directors with whom he is interested in working to discuss ideas for future movies.

The portfolio of directors that he has had the opportunity to work with includes Martin Scorsese, Quentin Tarantino, Clint Eastwood, Ridley Scott, Steven Spielberg, Alejandro Inarritu, and Christopher Nolan.

Each director has made a name for themselves and is known for their portfolio of successful movies, some of which DiCaprio has had the honor of participating in.

Martin Scorsese and DiCaprio worked together on The Aviator, Shutter Island, The Departed, and The Wolf of Wall Street.

The director Baz Luhrmann directed Romeo and Juliet and The Great Gatsby alongside DiCaprio’s acting.

He has even worked with the great Quentin Tarantino in the movie Django Unchained and Once Upon a Time in Hollywood.

3. His Personality Makes An Impact 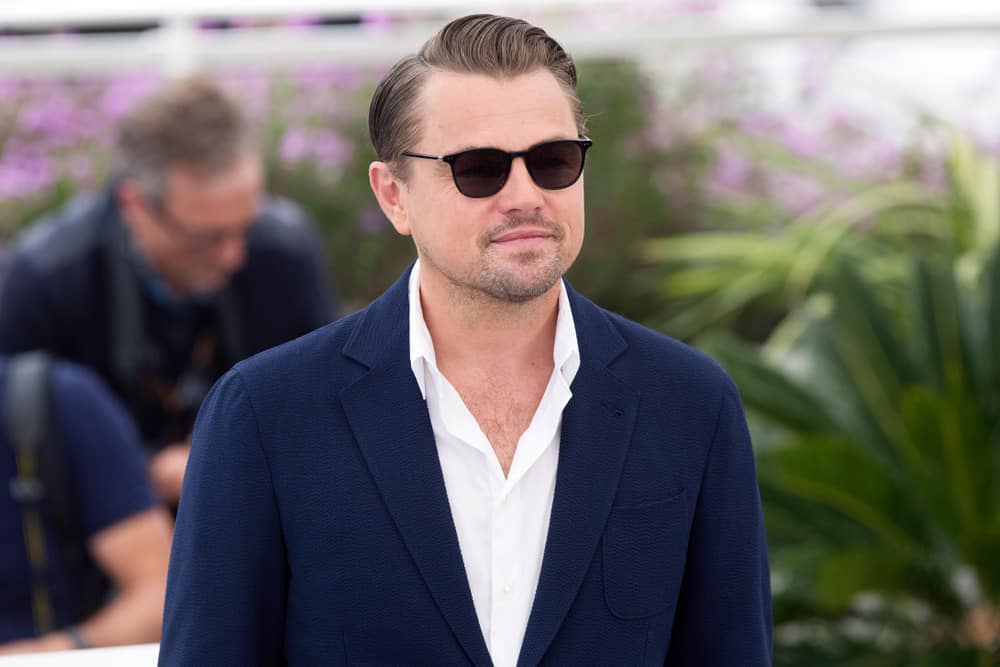 It seems like it is a regular occurrence for magazines and media channels to report that a well-known actor or actress is also well known for their negative disposition outside of the roles that they portray on television.

Magazines known for their gossip include Us Weekly, People, and OK! magazine.

However, it is difficult to find any media portraying DiCaprio in a negative light or as having a negative attitude.

This Quora user states that they once had the opportunity to work with DiCaprio on the set of The Aviator.

The user’s comments are generally positive, stating that the actor was wonderful, kind, and good to the crew.

They also attached a photo to the account, which appears to be a handwritten note from Leo thanking them for their work.

Although, like many heartthrobs and celebrities, his social life is often captured on camera as being surrounded by models and taking extravagant vacations.

Gossip sites, like She Finds, report frequently on his dating life, partying habits, and other rumors surrounding the actor.

However, despite his wild social life off-screen, he is still seen as a serious actor and is known for diving wholeheartedly into his roles. 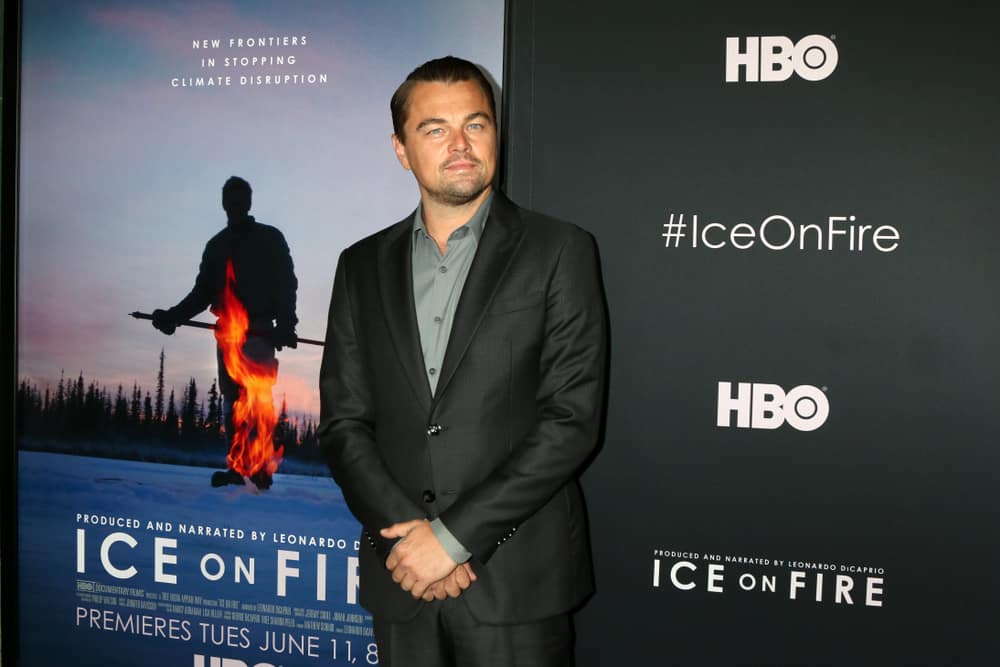 Outside of his roles on screen, DiCaprio is somewhat of a mystery in that he doesn’t often talk about his personal life in interviews with the media.

As mentioned previously he is known for his kind personality towards actors and fans off camera, however, many may not realize that his kindness extends to working with the environment.

He is passionate about climate change and has promoted environmental documentaries like And We Go Green, which was produced to expose global warming and air pollution within the Formula I racing world.

He also started his own foundation, The Leonardo DiCaprio Foundation (LDF), which supports conservation projects worldwide to protect fragile ecosystems and species.

The Foundation has been recognized by many environmental organizations, including Global Green for its work during what the organization calls a “planetary crisis.”

In addition to his own foundation, DiCaprio has been known to invest in companies that have strong environmental ethics.

One example is the brand LOCI, which designs vegan shoes made from cork, bamboo, recycled nylon, and natural rubber.

The brand only produces the shoes on a rotating basis, rather than continuously, to avoid the environmental damages associated with large production facilities.

In a statement to The Hollywood Reporter, DiCaprio states that he is a proud investor in the brand that is “dedicated to minimizing its environmental impact, and centered around creating cruelty-free, ethical footwear.”

The actor’s outspoken attitude on environmental issues worldwide has been noticed by many, including the United Nations (UN).

In 2014, ahead of the UN’s 2014 Climate Summit, the Secretary-General named DiCaprio as a Messenger of Peace for his specific focus on climate change.

5. He Works For Himself 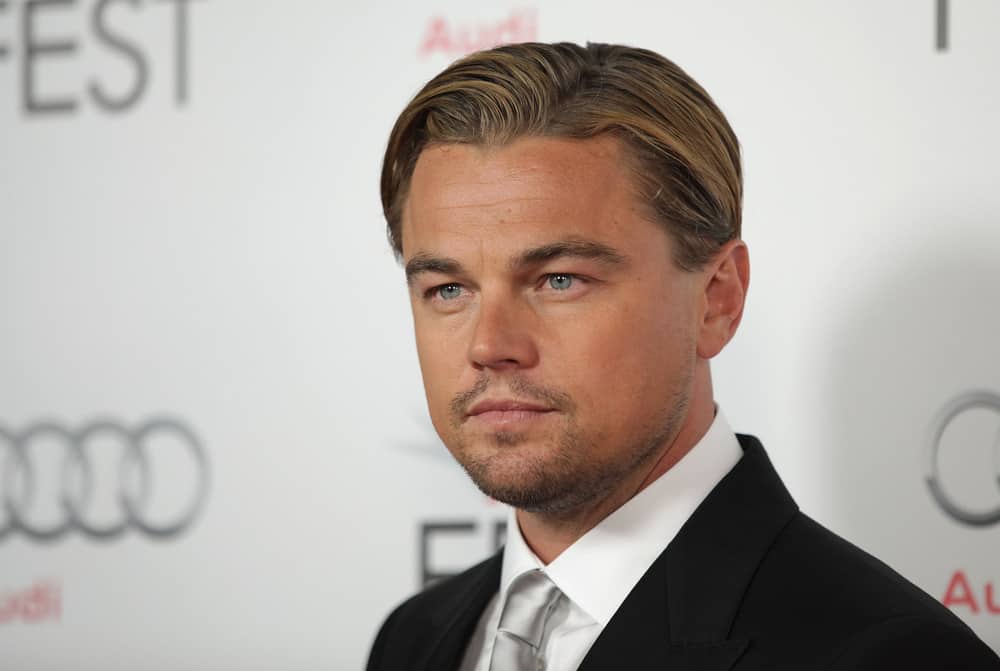 An interesting difference between DiCaprio and other well-known actors is that he doesn’t appear to take on just any role, but rather, he is particular about the movies that he gets involved in.

As compared to other actors like Dwayne Johnson and Millie Bobby Brown, who appear to multitask and participate in multiple movies or television series at a time, DiCaprio stands apart.

The actor works for himself by participating in movies when he wants and seemingly on his own terms.

The advantage and end result of this exclusivity is that, when he does take on a new role, fans expect that the movie will be highly rated.

Typically, fans are not disappointed.

Quentin Tarantino, the well-known director, shared a similar opinion of DiCaprio with The Hollywood Reporter.

He stated that “one of the things I like about Leo is he just doesn’t plug himself into two movies a year.”

DiCaprio stands alone, similar to Al Pacino or Robert De Niro, who “could do anything they wanted, and they wanted to do this. So that means this must be pretty good.”

Why Is Leonardo DiCaprio So Popular? (Explained)