You are here: Home / The Cold Spotlight / Why Is Deli Meat So Expensive? (10 Reasons) 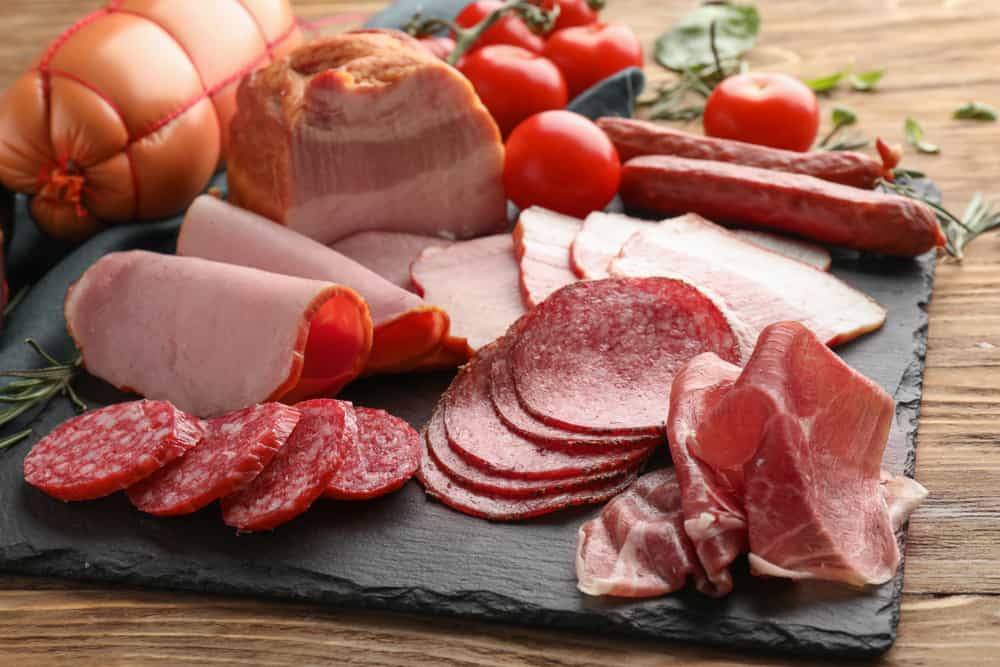 Deli meat is often an essential part of groceries.

If your family eats a lot of sandwiches, you probably buy a lot of deli meat.

Deli meat usually comes at cheaper prices compared to other types of meat, but that hasn’t been the case as of late.

Instead, you may have noticed that deli meat has become quite expensive.

You may wonder what’s made deli meat as expensive as it is. 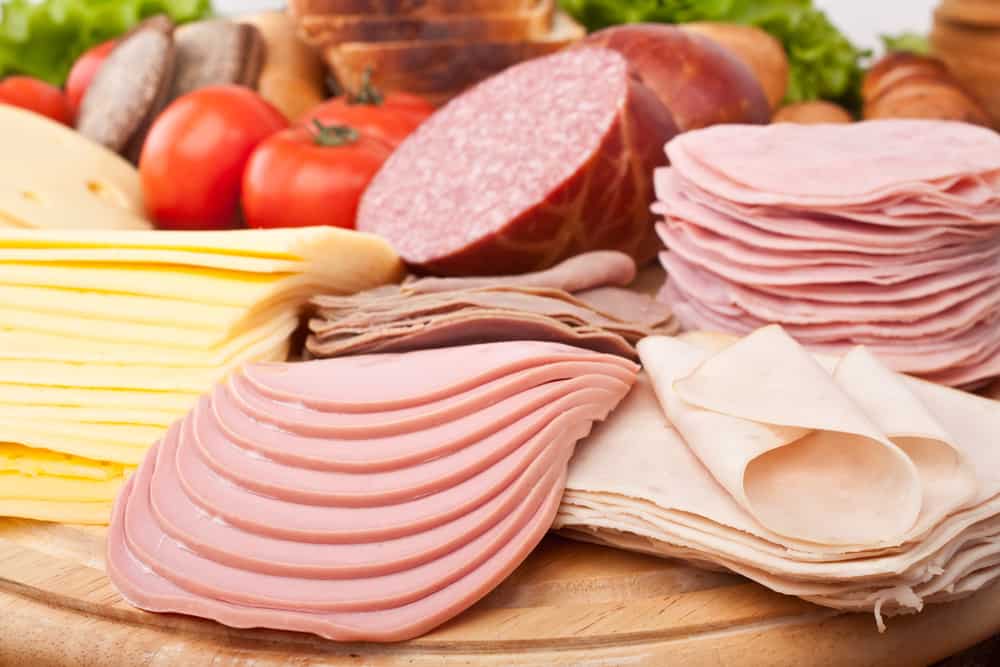 The average price of deli meat is between $5 and $8 with some brands boasting even higher prices.

Deli meat is expensive due to little competition among top brands, various problems in the meat industry, and the high demand for deli meats.

1. Little Competition In The Meat Industry 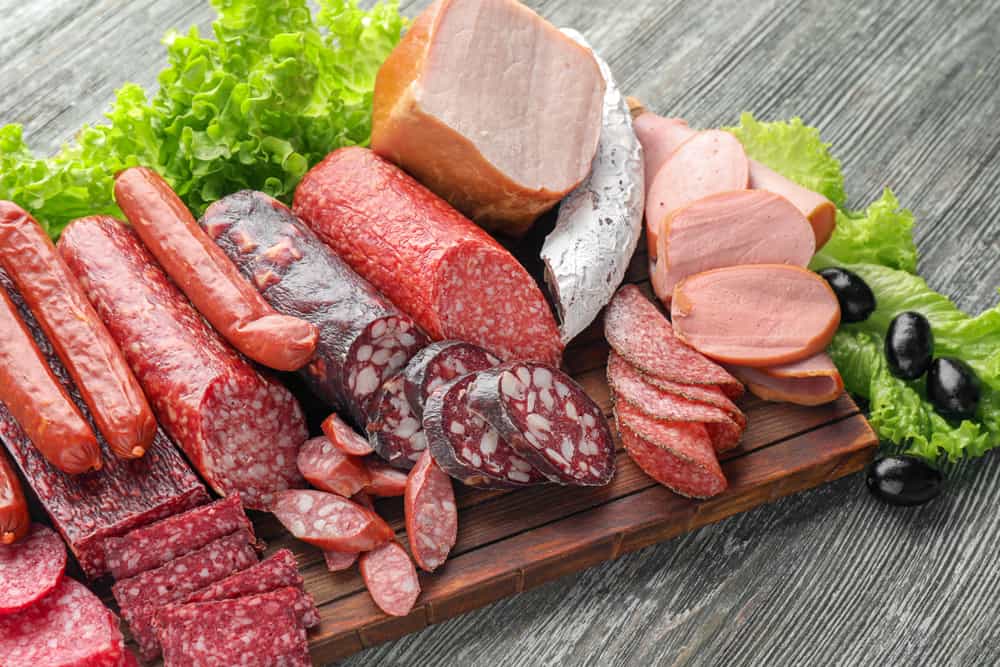 One of the primary reasons that deli meat has become expensive is that there’s little competition among meat brands.

The meat industry is dominated by only a handful of companies.

The problem with only a few companies running the market is that it means there’s little competition among them.

They can set high prices without any outward pressure to stop them.

They’re more likely to work together rather than compete with one another.

They’ve each cornered their own section of the market and don’t step on each other’s toes as much.

When there’s a healthy market filled with different companies, competition is fierce.

The prices tend to be lower because each company is trying to drive customers in their direction.

When a market only has a few companies controlling it, competition doesn’t exist.

They’re able to set whatever price they want.

The only thing that will change their prices is when customers are no longer able to afford them.

Until that point, however, they’re able to raise the prices as high as they can get away with.

Deli meat is expensive because there’s little competition in the market. 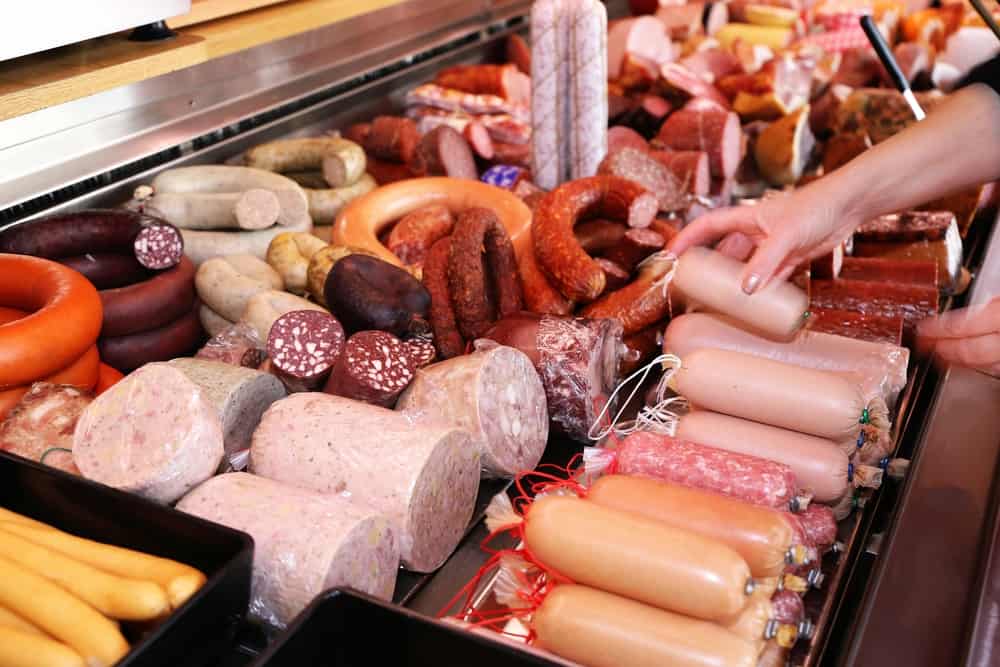 Another big factor behind deli meat prices is the fact that there’s a lot of demand for deli meats.

They’re filling and can provide a boost of protein and energy to help you get through the day.

You can easily make a sandwich exciting by trying out different spreads on the bread or adding in other ingredients.

Besides taking sandwiches to work, deli meat is also popular in school.

Parents, in particular, buy a lot of deli meat to make sandwiches for their children.

Since some schools ban peanut butter to reduce the risk of harming children with peanut allergies, some parents have no choice but to use deli meats.

As a result, there’s a lot of demand for deli meat.

This makes it expensive because it means that if any sort of shortage occurs, the high demand for deli meat is going to make the price increase substantially.

Deli meat is expensive because it’s in high demand. 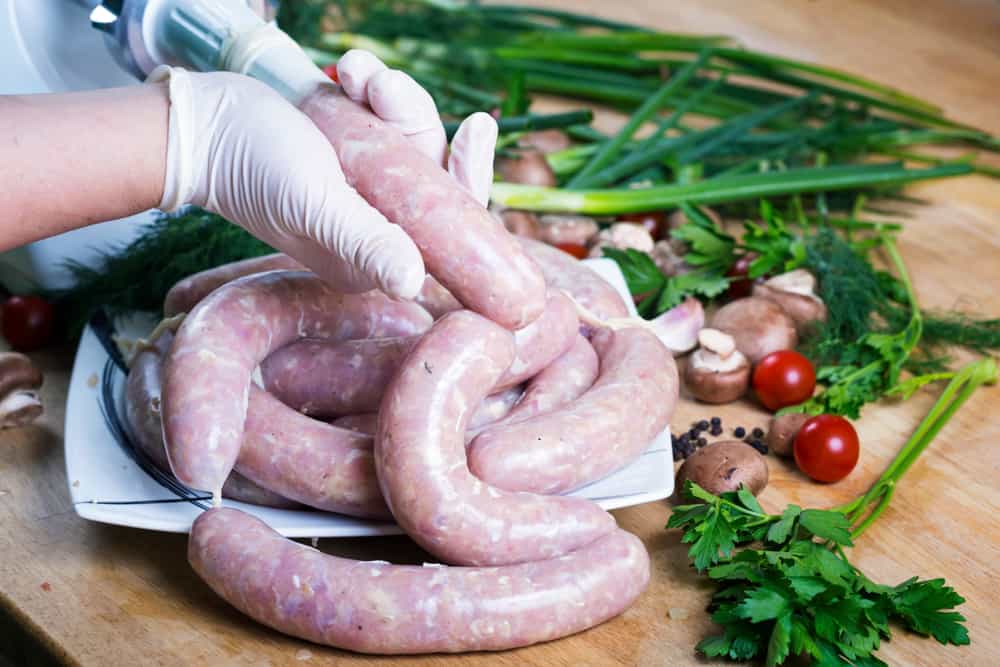 There are a lot of labor costs involved in the meat industry.

The labor costs start at the farm.

Raising hogs, turkeys, and cattle for slaughter is a labor-intensive venture.

Ranchers have their labor costs to pay, and when those labor costs increase, they sell their meat products at higher prices.

In the factory, labor is also intensive.

Workers have to cut, process, cure, and perform various other steps to make the meat ready for sale as deli meat.

Since factories need to employ a large number of people to be able to push the meat through the factory, they tend to face high labor costs.

That’s especially true when circumstances force companies to increase the wages of their employees.

When the cost of living increases, workers can start to protest and demand higher wages in order to survive.

Companies sometimes agree to the changes and will increase the wages they pay.

While this is great for workers, it usually means that the company is taking on higher costs as a result.

To cover those costs, they have to raise the prices of their products.

Deli meat is expensive because of labor costs.

4. Labor Shortages In The Meat Industry 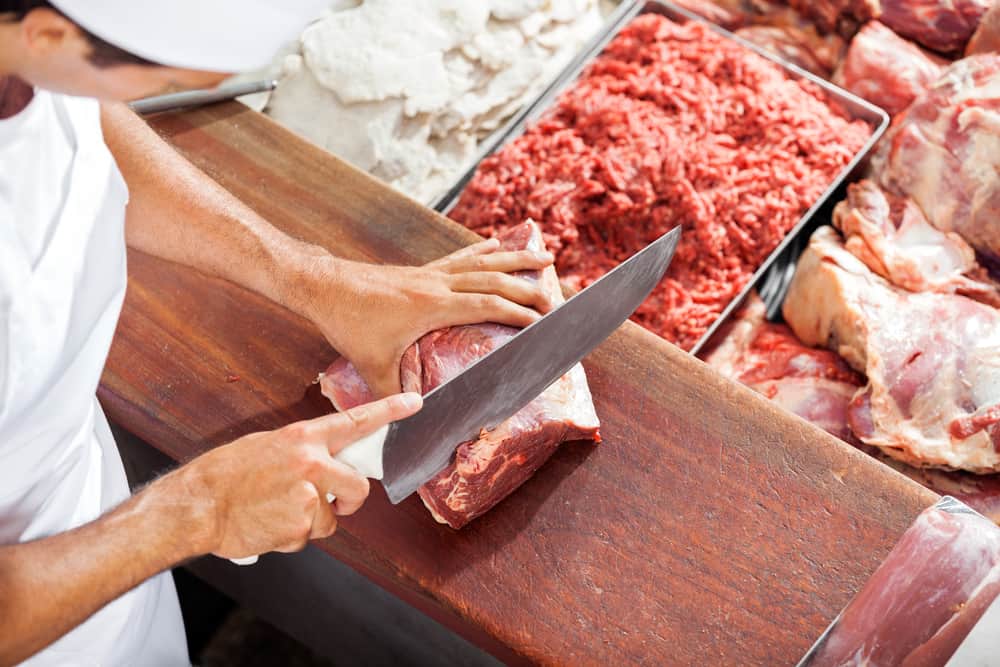 Some of the factories are also experiencing labor shortages.

Factories that haven’t been as quick to raise their wages are causing workers to leave.

The work, itself, is hard on the body.

For one thing, slicing the meat takes some physical effort.

Because of the exhausting nature of the work, some workers are feeling that the wages don’t cover the energy they’re putting into the job.

That’s causing them to look elsewhere for work.

A large portion of workers currently working in the processing plants is also on the older side.

They’re looking at retiring in a few years.

That will make the labor shortage even worse without young workers taking over the work.

Labor shortages impact the price of deli meat because it means the factories are unable to produce as much meat as they would normally.

With reduced production, it means there are fewer packages of deli meat making it to grocery stores.

With demand high, there’s a lot of competition over who can get their hands on the few deli meat slices that are available. 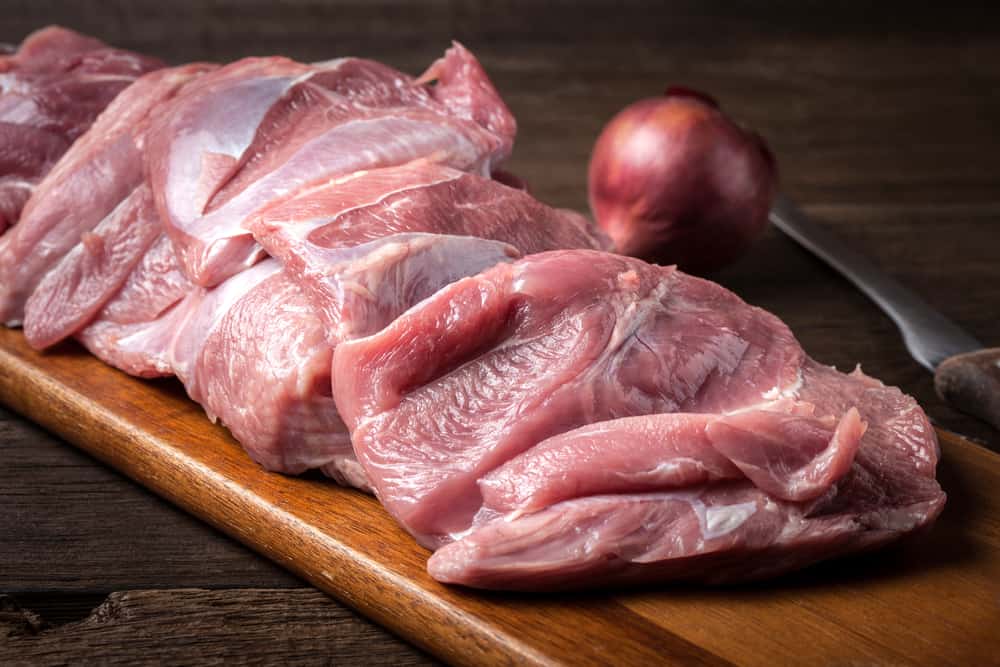 There are a few different types of deli meat.

One of the most popular is turkey.

Avian flu is a serious disease that can spread quickly through flocks.

Turkeys that become infected by the flu have a high chance of dying.

As a result, turkey farmers have a reduced supply of turkeys available for slaughter.

With fewer turkeys making it to processing, there’s less turkey meat to go around.

As a result, consumers have to pay higher prices for their slices of turkey meat.

That takes a bit of time, too.

As a result, turkey populations may take a bit to return to their normal sizes.

That means the shortage of turkey deli meat might extend for a longer period.

Since that impacts the supply even more, there’s a good chance that the price of turkey deli meat will continue to increase. 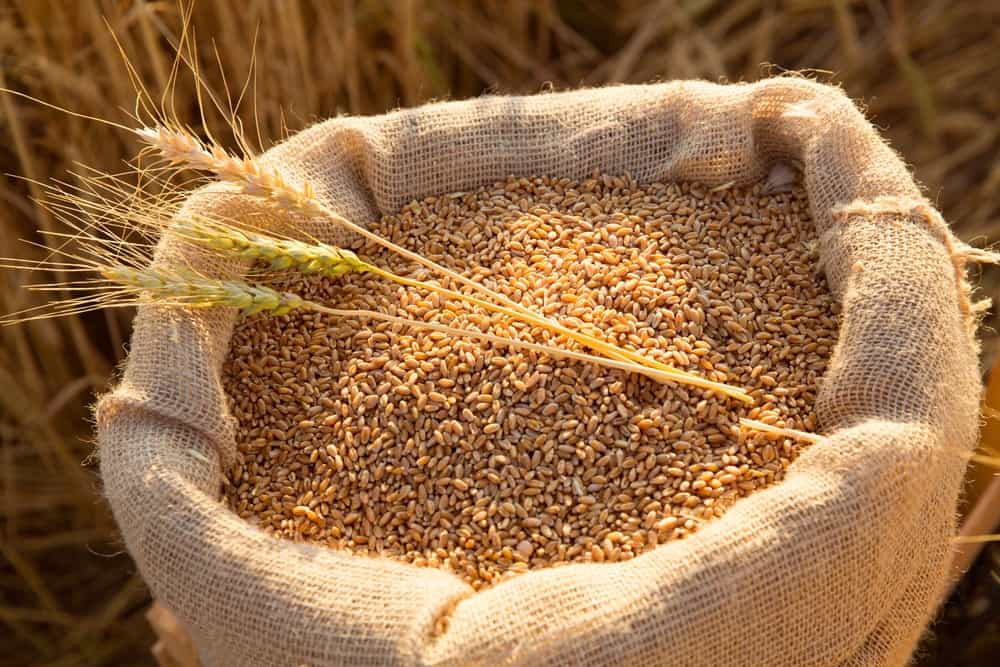 While there may not be wheat in the product itself, it does require wheat for the meat to be there at all.

Wheat is one of the main ingredients used to make animal feed.

Ranchers need a lot of feed to fatten up their animals and make them suitable for slaughter.

The problem with wheat is that it has become expensive.

Wheat has suffered from problems like drought and cold temperatures.

Drought has kept farmers from being able to grow wheat to their usual yields.

Smaller yields have created a shortage that has affected the price of wheat.

Since wheat is in high demand, it means there are lots of industries all trying to get their hands on it.

Since it costs them more money to feed their animals, they’re selling their animal products at higher prices.

Drought has also made it difficult for farmers to plant new fields of wheat.

Without water, the seeds can fail to sprout.

As a result, wheat prices continue to be high.

When wheat is expensive, animal products are expensive.

Deli meat is expensive because animal products are more expensive to cover the costs of high wheat prices. 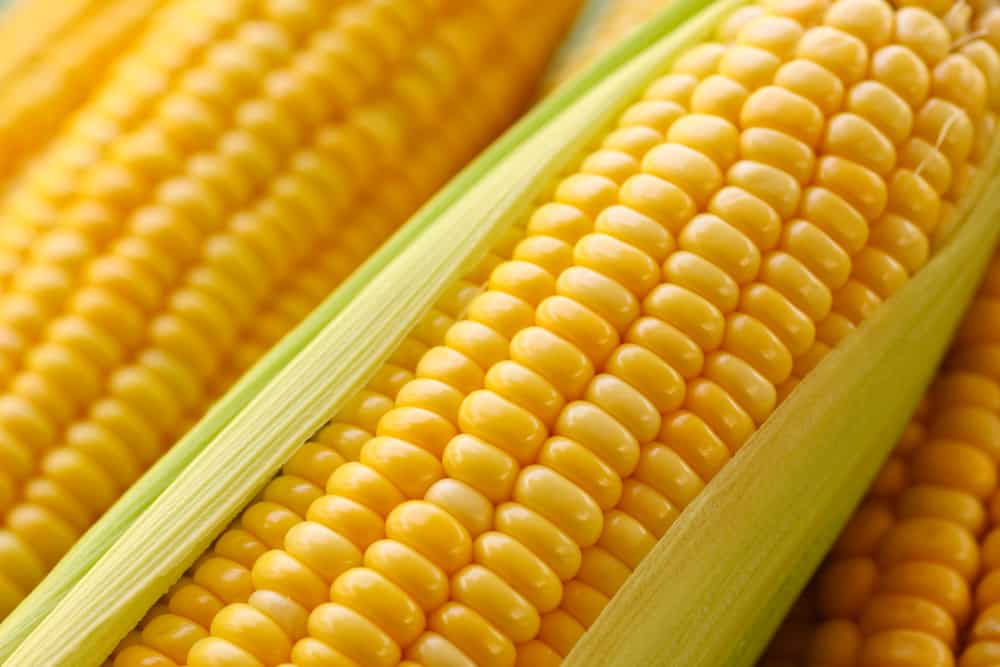 Wheat isn’t the only grain used to feed animals.

Corn is another crop that is commonly used to feed livestock.

Unfortunately, corn is also facing some of the same problems as wheat.

Its production has been reduced due to drought and extreme temperatures.

Drought is the primary killer.

Without enough water, corn is unable to grow to its full standard.

It also makes it difficult for farmers to grow the next season’s crop as well.

Extreme temperatures are even worse.

The unfortunate aspect of extreme temperatures is that they can be difficult to predict.

Farmers might lose their yields simply because they were unable to harvest the corn before the temperatures changed.

With corn shortages, farmers have to sell them at higher prices.

Farmers who raise livestock thus need to pay more for their feed.

Since it costs them more money to keep their animals fed, they need to sell their products at higher prices.

Deli meat, thus, takes on more costs and has to sell at higher prices.

Deli meat is expensive because of the high cost of corn. 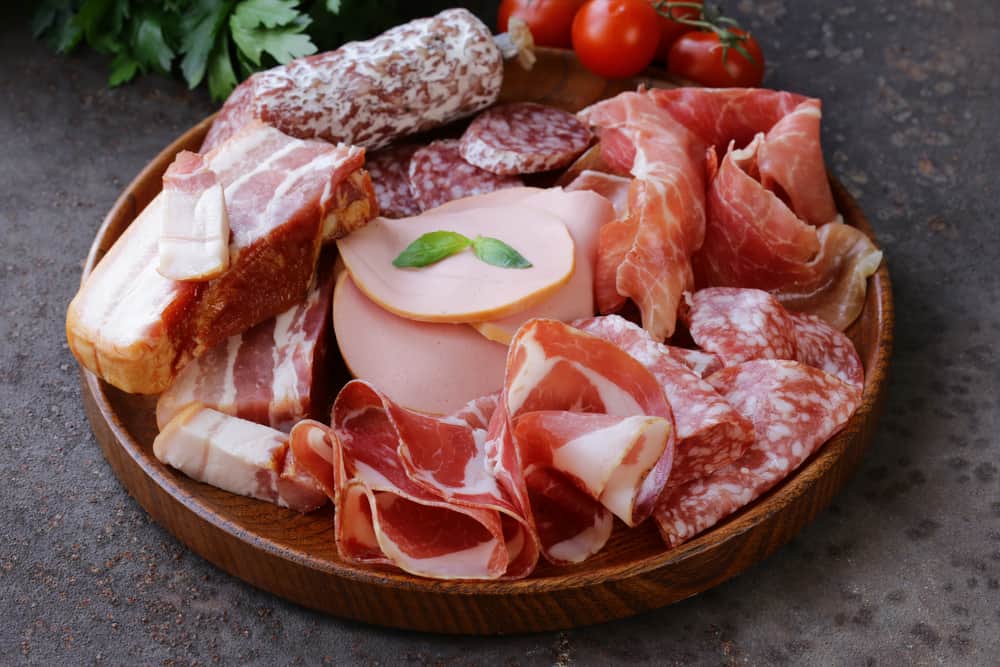 While there are a handful of major deli meat brands, there are some smaller companies that focus on making premium products.

Those products also tend to be on the expensive side.

This is meat that comes from animals that ate an organic diet.

Some will also specialize in selling deli meat that’s free of antibiotics and other questionable ingredients or impurities.

Others focus on selling thicker slices of deli meat.

All these extra features tend to cost more money because they’re either costlier or simply have more of a product in them.

Deli meat is expensive when it comes from a premium brand. 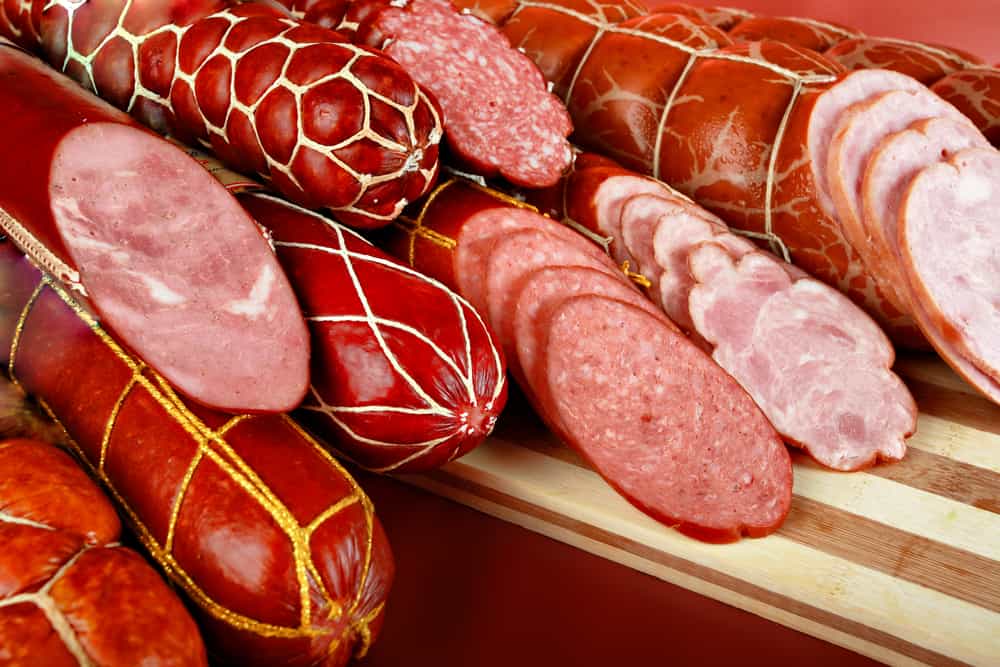 A major problem that some meat companies have been discussing is the cost of packaging and transporting their products.

The prices of cardboard and other packaging materials are higher due to resources becoming more expensive to use.

Inflation is largely to blame since it increases the cost of basic resources and materials.

Since packaging is an important part of the deli meat industry, businesses tend to spend a lot of money on it.

The cost of fuel is one of the primary reasons behind the increased costs.

When fuel prices are high, it costs more to move products around.

That further increases the costs of doing business.

To cover those costs, deli meat companies have to raise their prices.

Deli meat is expensive due to high transportation costs and packaging costs. 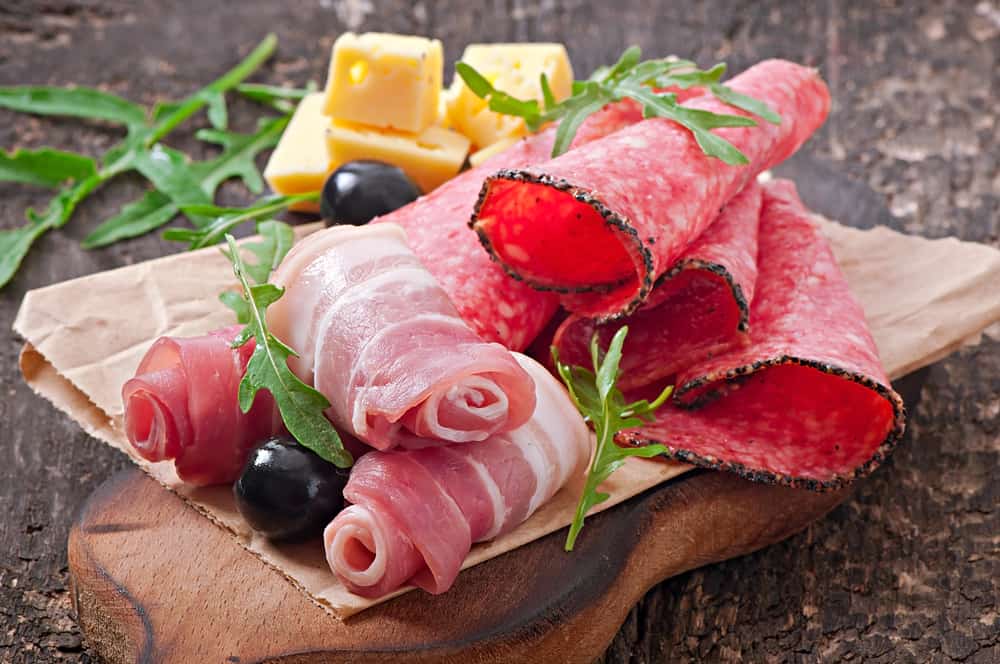 A final reason deli meat is expensive is inflation.

Inflation makes everything more expensive because it increases the price of basic resources and materials.

Since suppliers are facing higher costs, everything in the supply chain after it becomes more expensive.

Even running a business is more expensive since rental costs and energy costs are higher.

With higher costs of operating a business, deli meat companies have to charge higher prices to offset those costs.

Deli meat is expensive because of inflation.