You are here: Home / The Cold Spotlight / Why Is Corn So Expensive? (10 Reasons) 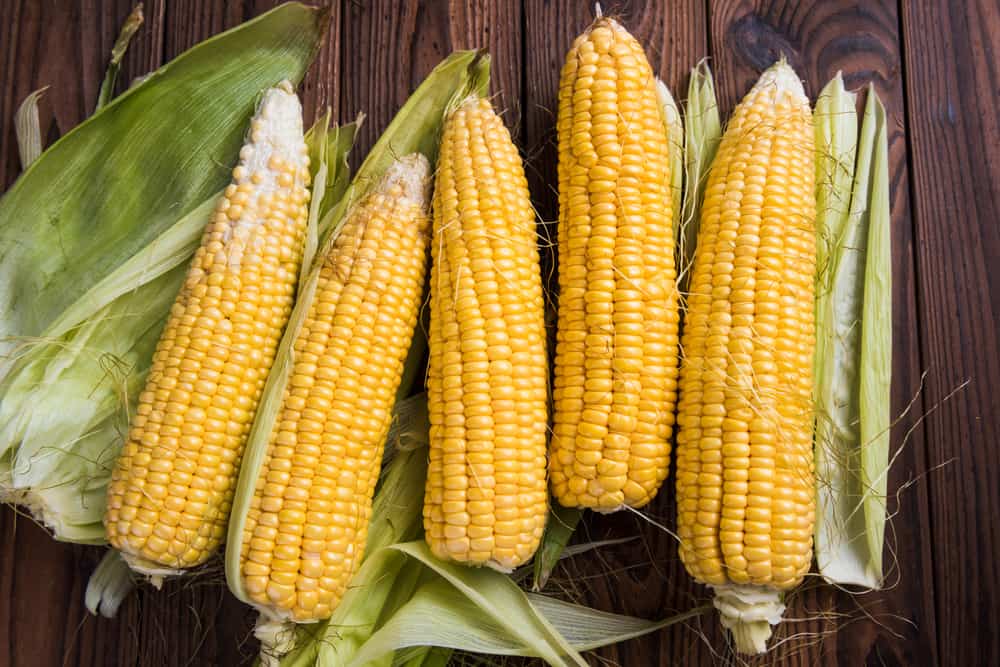 Corn is important to the global economy.

Not only can it be eaten on its own, but it is also the main ingredient in several other products.

If you’re just buying corn, however, then it may surprise you to see an expensive price tag on it.

Considering how basic and in-demand corn is, you may wonder why its price has increased. 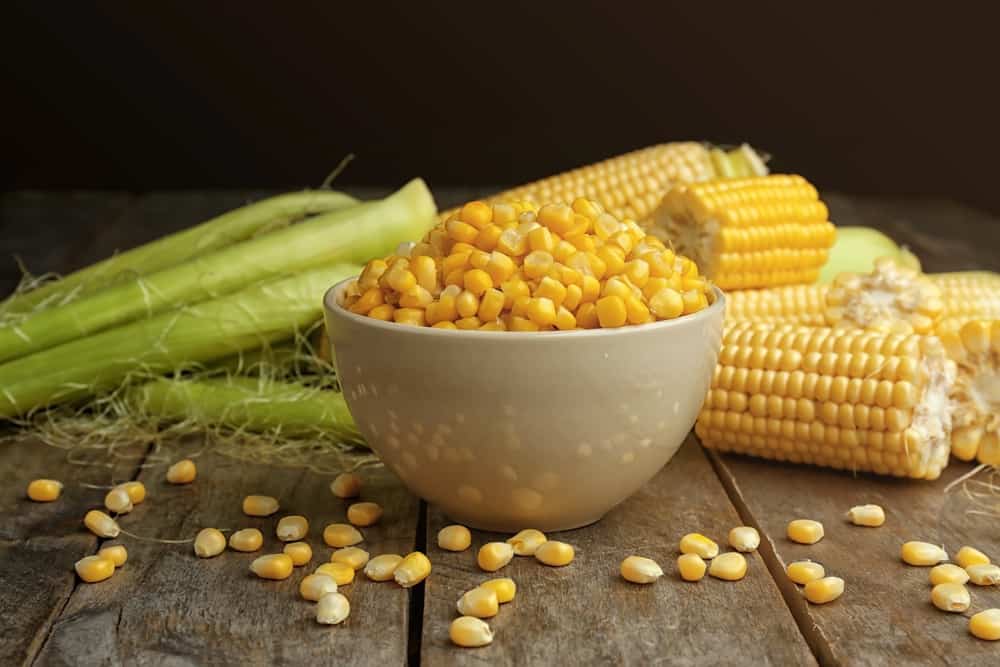 However, some stores have corn priced as high as $4 or more.

Certain factors like problems growing corn, higher costs, and corn shortages play a part in driving up the price. 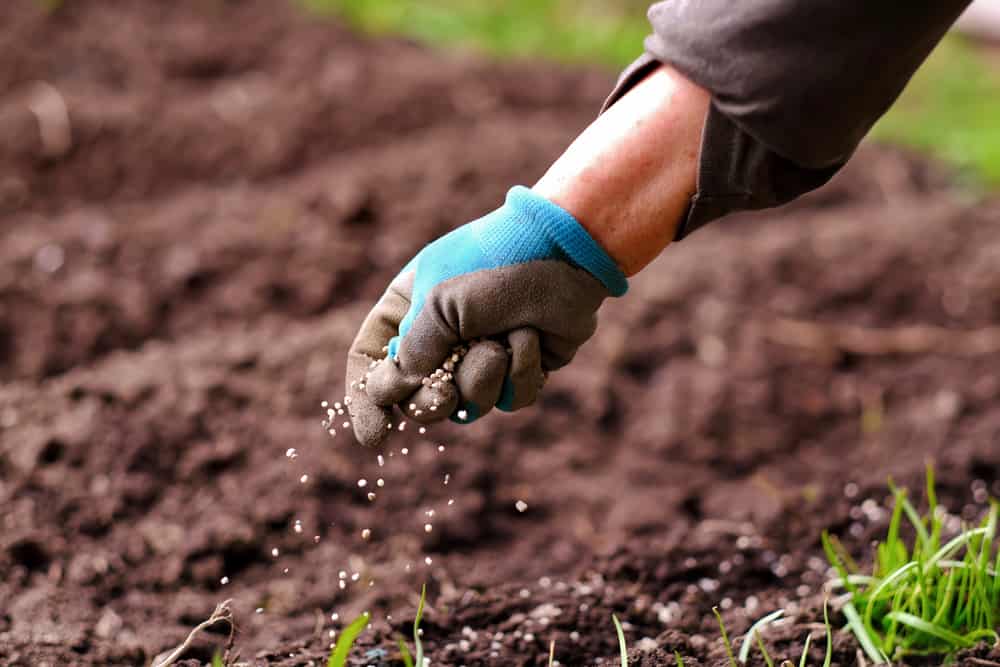 One of the driving forces behind high corn prices is fertilizer costs.

Fertilizer is essential for nourishing the soil which, in turn, nourishes the plant.

Without it, there’s a chance that the crop won’t grow to its full potential.

Since crops used for human consumption need to be top quality, sometimes fertilizer can be the determining factor between a great yield and a small yield.

The problem with fertilizer is that it’s become quite expensive for farmers to buy.

A shortage of ammonia and nitrogen is behind the problem.

Both China and Russia, two main exporters, have had problems producing enough to supply fertilizer companies.

As a result, fertilizer manufacturers don’t have the raw materials they need to make their products.

They produce what they can, but it isn’t enough to meet demand.

As such, some farmers might be left empty-handed or with less fertilizer than they need.

Others will need to pay expensive prices to get all the fertilizer they need.

Since their costs are higher, farmers need to sell their corn at higher prices to break even.

Corn is expensive because of the high cost of fertilizer. 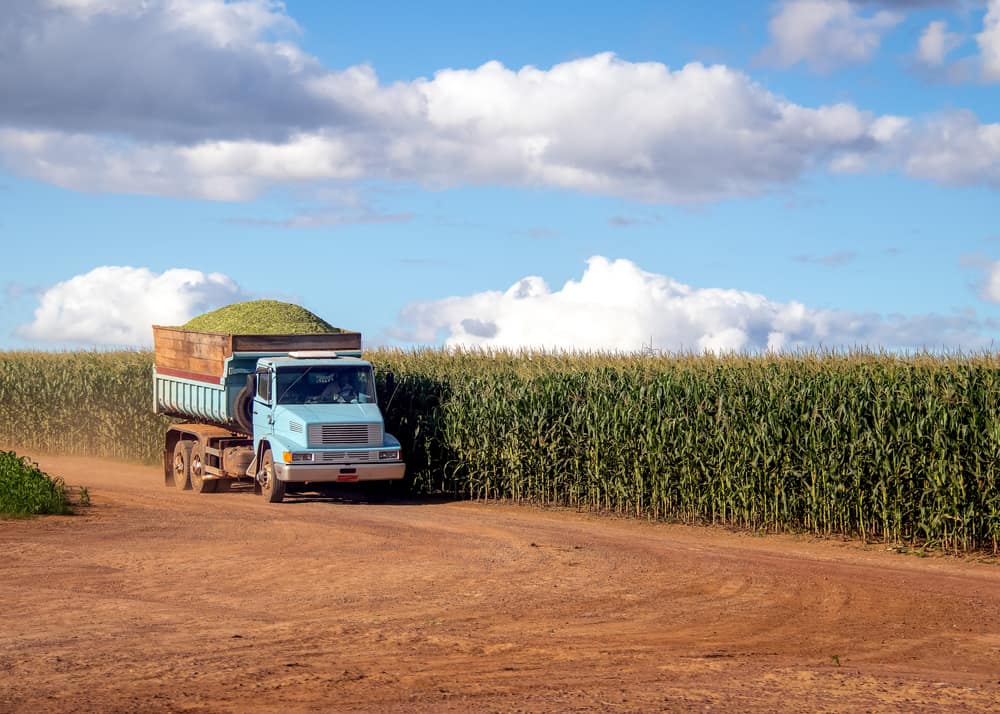 Fuel prices have been high, and that’s impacted the price of corn as well.

Farmers and grocery stores need to pay for fuel to transport their products.

Some farmers may have to send their products across long distances.

When transportation costs are high, the further the distance, the more expensive it is to transport goods.

As a result, farmers face higher costs and have to sell their corn at higher prices to break even.

The same is true of grocery stores.

Stores that use their own trucks to transport goods end up paying high fuel costs to supply their stores with products.

They need to sell corn at higher prices, too, to help cover those costs.

Farmers also face high fuel costs when it comes to operating their tractors.

Because it costs them more money to run their tractors, they have to offset those costs with high prices.

Corn is expensive because of the high costs associated with transportation. 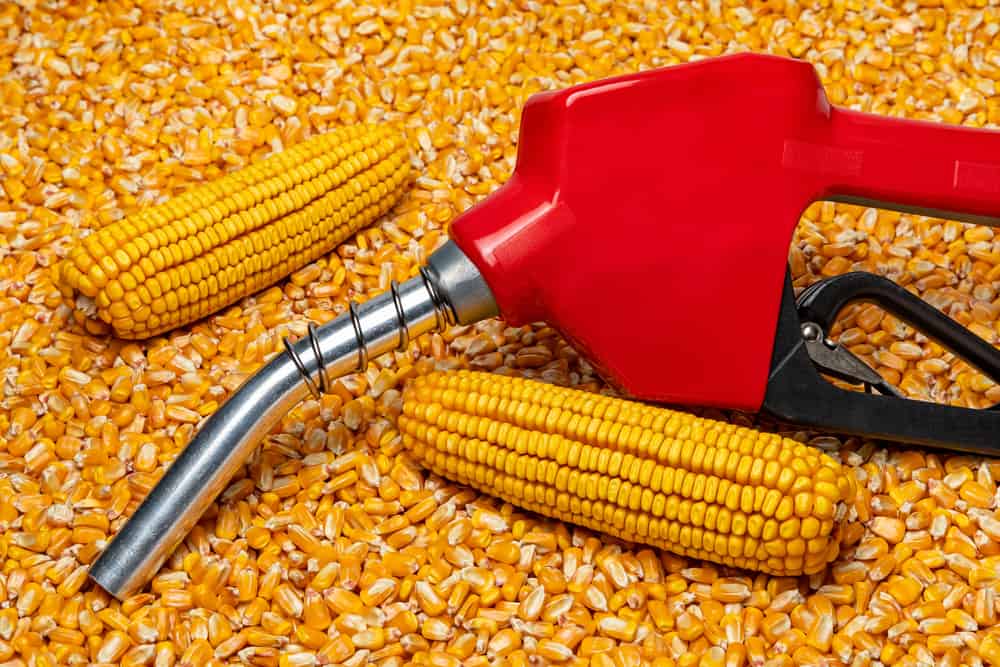 Most people tend to think of corn as something they eat.

Corn on the cob is a summertime staple, for example.

Popcorn is another popular snack.

However, corn has many uses beyond human consumption.

Corn can also be made into high fructose corn syrup which adds some sweetness and flavor to your favorite foods.

Some corn becomes livestock feed used to fatten the animals up.

There’s also a good portion of corn that becomes ethanol.

Ethanol is an additive used in gas.

In most cases, fuel contains around 10% ethanol.

Because ethanol can sometimes increase the amount of smog in an area, however, there are restrictions put on how much ethanol can be present in gasoline.

During times when fuel prices are high, one solution the federal government might temporarily put in place is allowing higher levels of ethanol in gas.

This impacts the price of corn because it means more corn is going toward the production of ethanol.

When more corn goes toward ethanol production and not human consumption, then it makes corn shortages even worse.

When a corn shortage worsens, the price of corn increases.

Corn is expensive because of its use in fuel. 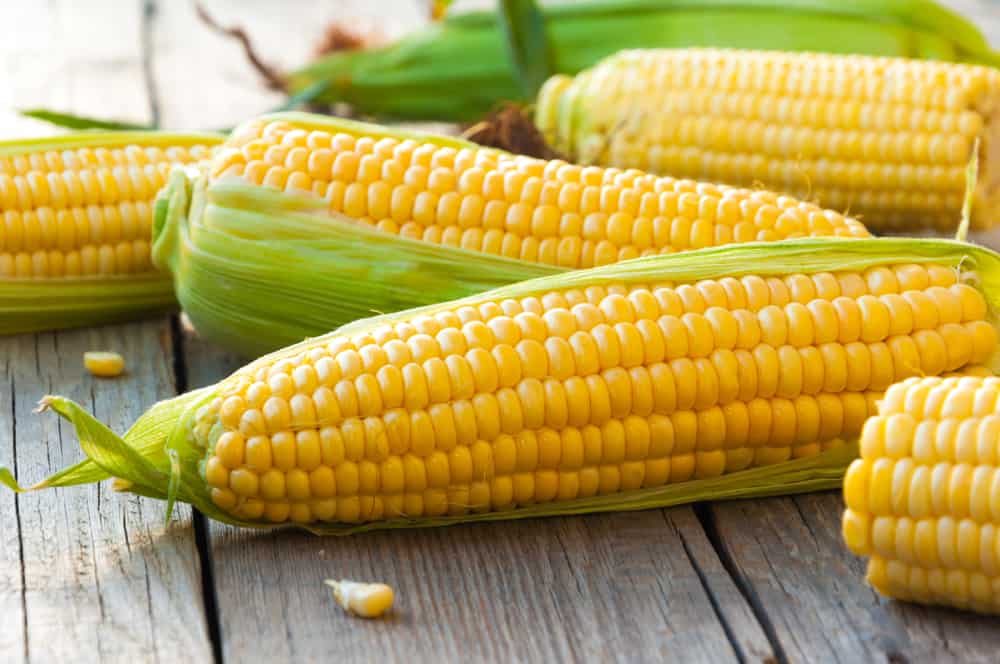 One aspect of corn that’s usually reliable is that it’s cheap.

Whenever food costs rise, a lot of people turn to corn-related products to get by.

They can count on its cheap price to help feed their families.

Food costs are high, but families are discovering that corn prices aren’t as cheap as they used to be.

Part of that is because of the high demand.

Since there is a shortage of corn, the price has increased.

Because of its history of being a cheap product, a lot of families turn to corn as an affordable food option.

However, this means that the demand for corn is higher.

As a result, the high price is only becoming more expensive.

High food costs are increasing the demand for corn.

If there wasn’t also a corn shortage, then there’s a good chance that the price would be cheap as expected.

However, there is a shortage of corn.

Farmers facing unique and higher costs as a result are also having to sell their corn at higher prices.

The demand for corn is only making its price higher.

Corn is expensive because its demand is higher during times of high food costs. 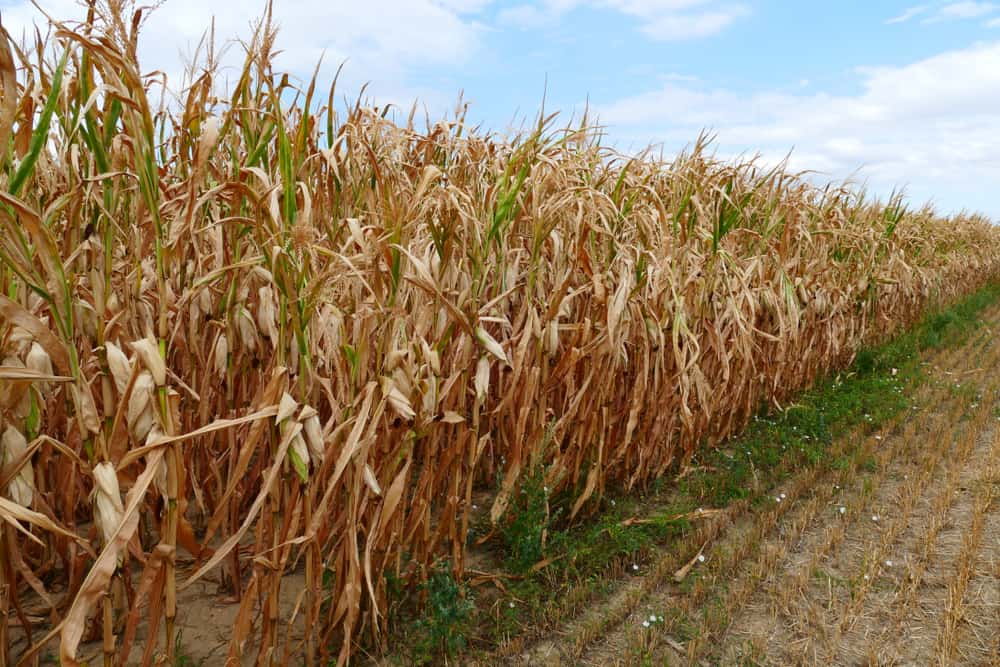 One of the factors influencing corn yields is drought.

Corn is one of the major crops in the United States.

It’s a crop that the country exports to other countries since corn is native to the United States.

The problem with growing corn, however, is that it requires a decent amount of water.

It doesn’t need as much as some other crops, but it still requires water to grow.

The area that grows the most corn, the Great Plains area, has been suffering from drought.

The temperatures dry up the remaining water in the area.

Drought can kill an entire field of crops.

Without water, corn is unable to grow.

It withers and dies instead.

Because the Great Plains have been experiencing drought conditions, they haven’t been able to produce as much corn as they normally do.

As a result, they have less corn to sell to stores.

Since supply is unable to meet demand, the price of corn becomes expensive.

Some farmers might also take on additional costs to try and water their corn.

If they’re taking on more costs, then they’re going to be selling their corn at higher prices, too.

Corn is expensive because of the problems drought is causing corn farmers. 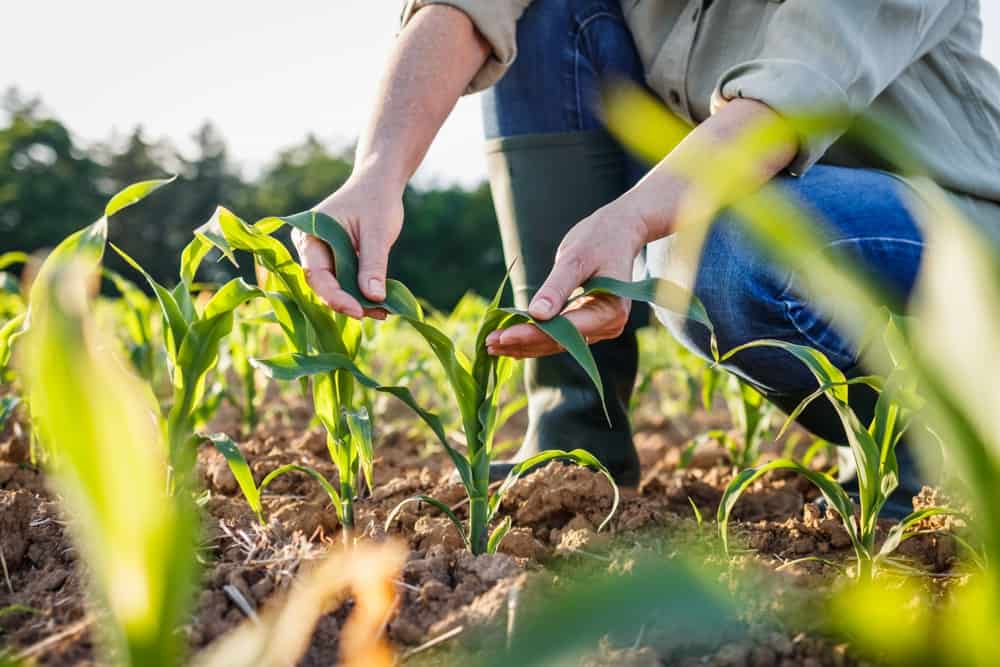 Drought isn’t the only thing impacting the price of corn either.

In some areas, cold temperatures are further increasing the corn shortage.

Cold temperatures are a problem since they can also damage crops.

Corn is a bit more resistant to cold temperatures than other plants.

However, if corn is exposed to freezing temperatures for a few hours, then it might kill it.

As such, if a winter storm passes through an area with unharvested corn, then the corn might perish.

Corn seeds are not able to survive cold temperatures.

If a corn seed absorbs cold water while in the soil, then it can rupture instead of sprouting.

As a result, some farmers might miss the opportunity to plant corn if the temperatures drop suddenly.

That impacts the following harvest’s amount of corn, too.

There’s a chance that the corn shortage will continue.

Corn is expensive because freezing temperatures can make it impossible to plant corn seeds. 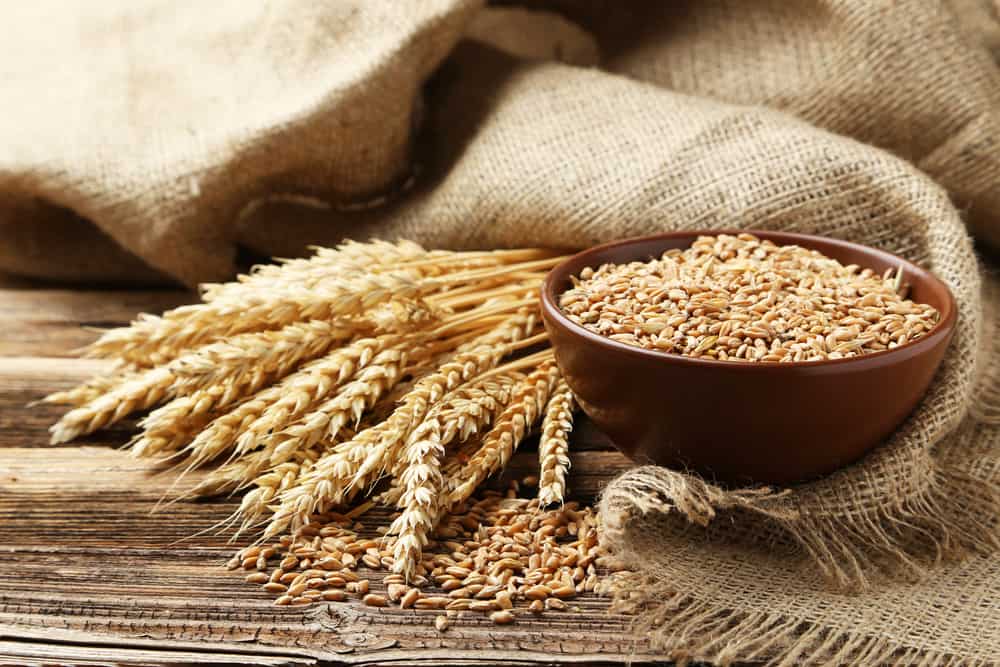 Wheat is another crop that has the same problem.

It’s impacted the price of bread, flour, and a number of other grain-related products.

It’s also made feed for livestock a lot more expensive.

Ranchers tend to feed their livestock a mix of different feeds.

Some stick to grains while others focus on a more omnivorous diet.

Corn is often used as feed for livestock.

It’s relatively cheap and it can feed livestock well.

Wheat is even cheaper and also fills livestock up.

The problem with wheat is that because the prices have risen, ranchers have started turning to corn instead.

Corn tends to be a bit more expensive than wheat, but ranchers who have already been paying high prices for wheat may not be put off by the corn prices.

This makes corn expensive, however, because it means there’s a higher demand for corn.

Cattle and pigs eat a lot of food.

As such, farmers have a high demand for corn feed as well.

With a lot of demand for the crop and not enough corn to go around, the price of corn skyrockets.

Corn is expensive because there’s a lot of demand for it due to high wheat prices.

8. Lots Of Industries Use Corn 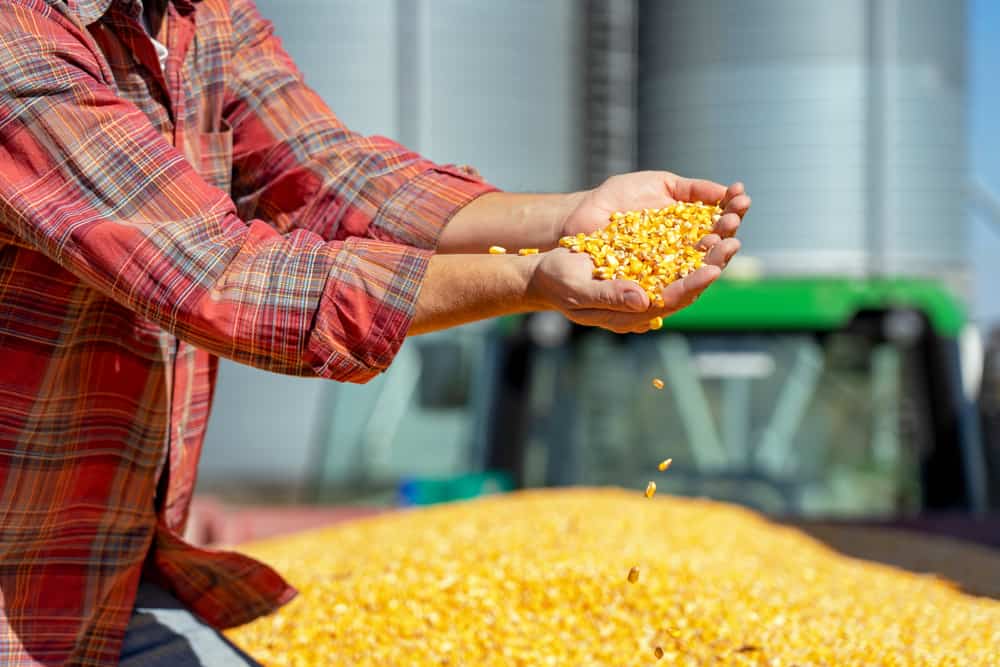 Not only ranchers and grocery stores use corn.

Corn has several uses which means a lot of different industries need corn.

As mentioned earlier, corn can be converted into high fructose corn syrup.

That’s an ingredient that many companies use in their products.

Others use corn for its oil.

Corn can also be used for ethanol, which has many uses, too.

There are tons of industries that use ethanol to make their products.

As such, there’s a lot of demand across several industries for corn.

When a corn shortage occurs, then all of those industries end up competing with each other to determine who is able to afford to buy the remaining corn first.

Corn is expensive because there is high demand across so many different industries. 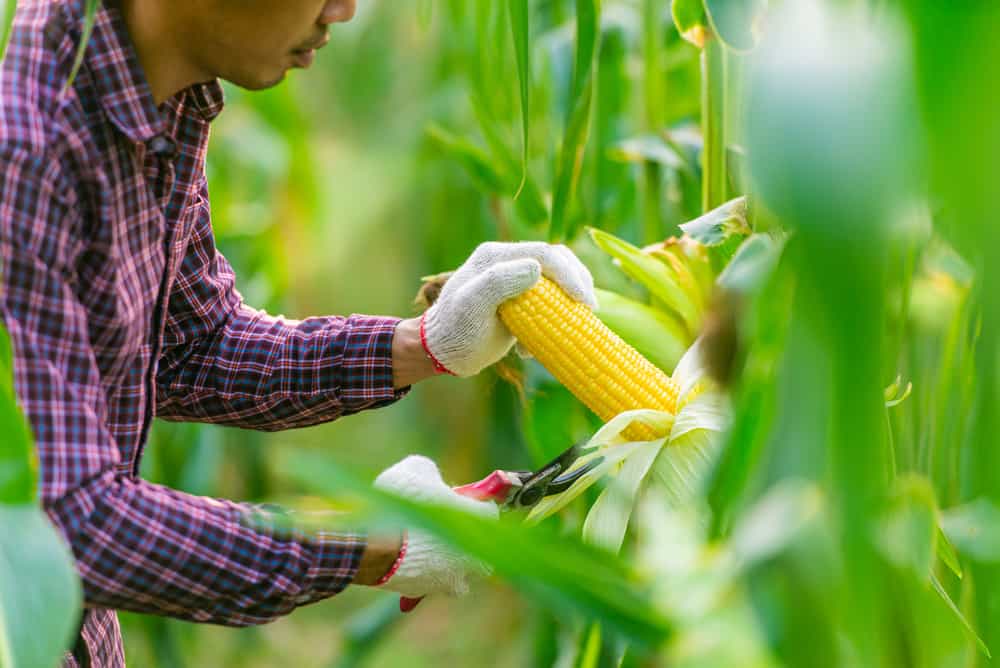 Another problem contributing to corn shortages is that there are fewer farmers who are planting corn.

Some of them are turning to soybeans, while others are looking to plant crops that sell for more money.

A large part of the change is due to the economy.

While corn prices might be high, they’re not always high enough for farmers to make a profit.

As such, they’re looking at planting crops that will help them earn a profit rather than just break even or even lose money.

This makes the corn shortage worse because it means fewer farmers are going to be supplying it.

Corn prices are expensive because some farmers are no longer planting it. 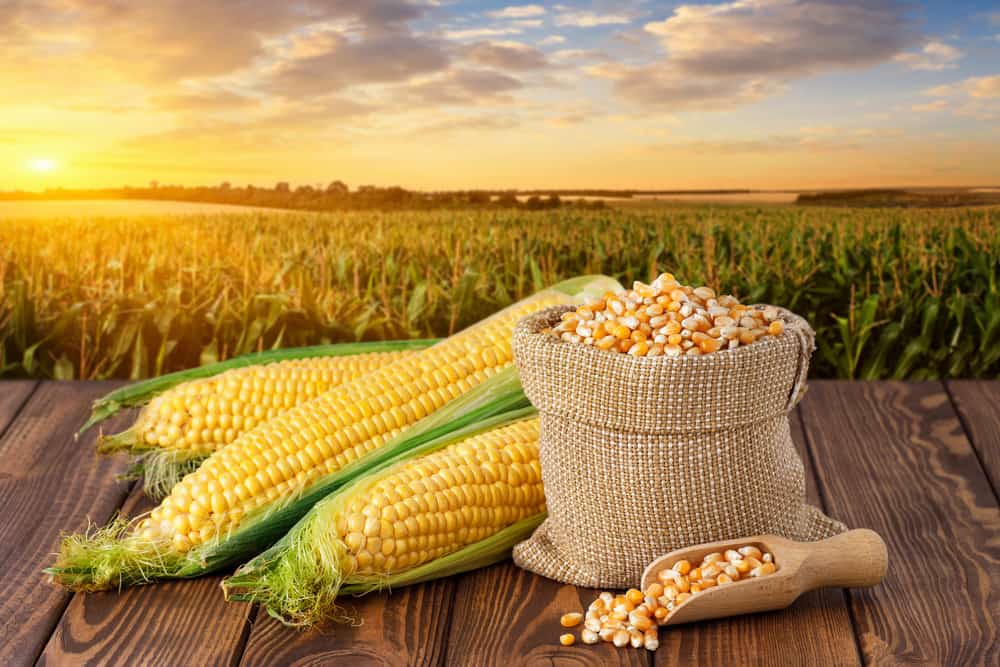 At the heart of many of these problems is inflation.

When inflation is high, it increases the costs everywhere.

Resources and materials are more expensive.

It even makes farming more expensive.

Until inflation decreases, farmers will continue to face high costs.

As a result, corn will continue to be expensive.

Corn is expensive because of inflation.