You are here: Home / Cold Hard Facts / Why Is Chinese Food So Expensive? (Top 7 Reasons) 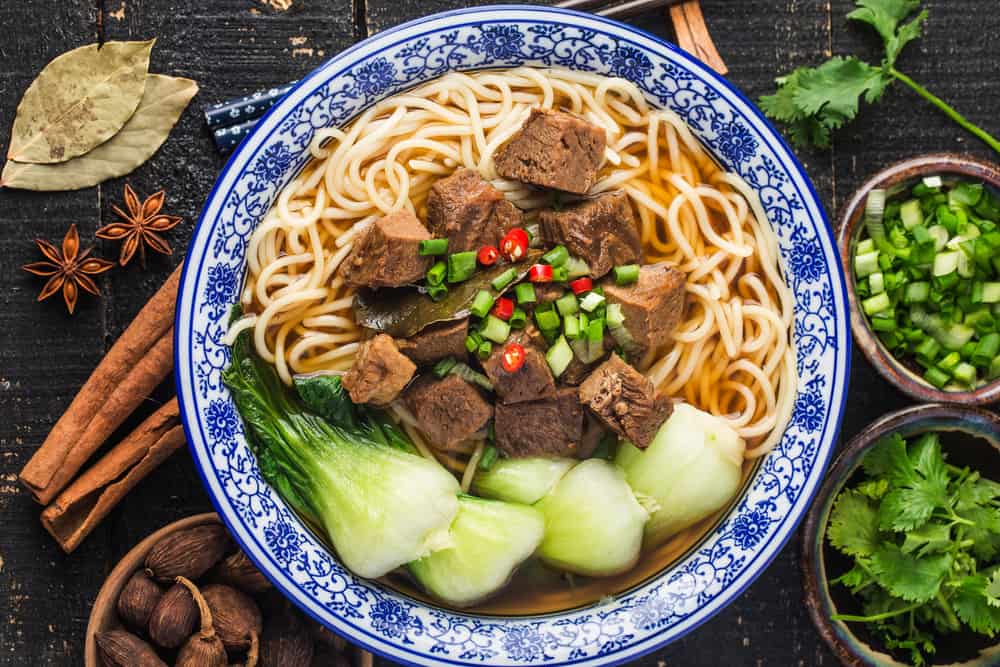 Chinese food has a long-established reputation for offering a cheaper way to eat.

Whether take-out from down the street, a lunch buffet with a discount coupon, or canned chow mein with fried noodles made at home, Chinese cuisine provides an inexpensive ethnic-food alternative.

In recent years, the landscape has started to change.

Open the fortune cookie and look for the lucky numbers because they may help you win the lotto, so you can pay for your Chinese meal.

Here are 7 reasons why Chinese food is so expensive.

Why Is Chinese Food So Expensive? (Top 7 Reasons) 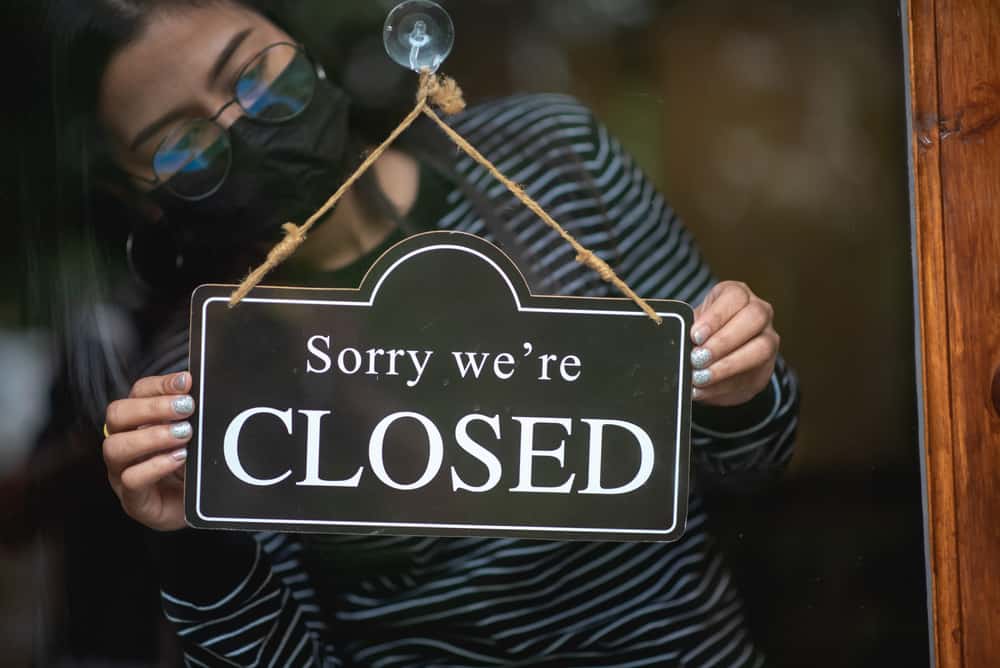 The recent pandemic reshaped many segments of the American restaurant industry.

As COVID-19 concerns gripped the nation two years ago, many Chinese restaurants closed.

Almost half of the Chinese restaurants in the U.S. closed in April 2020.

Some closed purely for health concerns, while others decided to halt service due to consumer prejudice and xenophobic threats.

Many Chinese restaurants transitioned to a take-out model during the height of the pandemic in 2020.

With the dining rooms closed, they lost money while trying to stay open.

Among all restaurant types, Chinese restaurants closed at the highest rate in early 2020.

Many did not reopen.

The loss of these neighborhood institutions created a gap in local affordable restaurant alternatives.

Buffets took a direct hit from the pandemic.

Big names such as Old Country Buffet and Souplantation/Sweet Tomatoes closed shortly after the pandemic.

Many Chinese buffets did, too.

Calorie consumption in those same establishments likely approached one trillion.

Chinese buffets have long been popular places for belly-filling pilgrimages.

For a low price, they offer diners a chance to fill their plate, grab a clean one for a return visit, and fill themselves up with a stunning number of selections.

Based on the Scandinavian smorgasbords that first appeared after World War II, Chinese buffets gained a foothold in some urban locations by the 1970s and 1980s.

They grew in great numbers during the 1990s.

Soon, small Midwest towns that would previously consider an Italian restaurant “foreign” a few years earlier had a Chinese buffet in a shopping plaza, with endless self-serve options from sushi to ice cream.

Buffet’s numbers had started to decline before the pandemic, in part because younger family members sought careers away from the restaurants their parents ran.

Long hours at the hibachi grill or steam table had less appeal than a college education.

Even as Chinese buffets have slowly reopened with sneeze guards, plastic gloves, and hand sanitizing stations, they have struggled to regain customers.

With fewer options available, those remaining restaurants have raised prices to remain competitive. 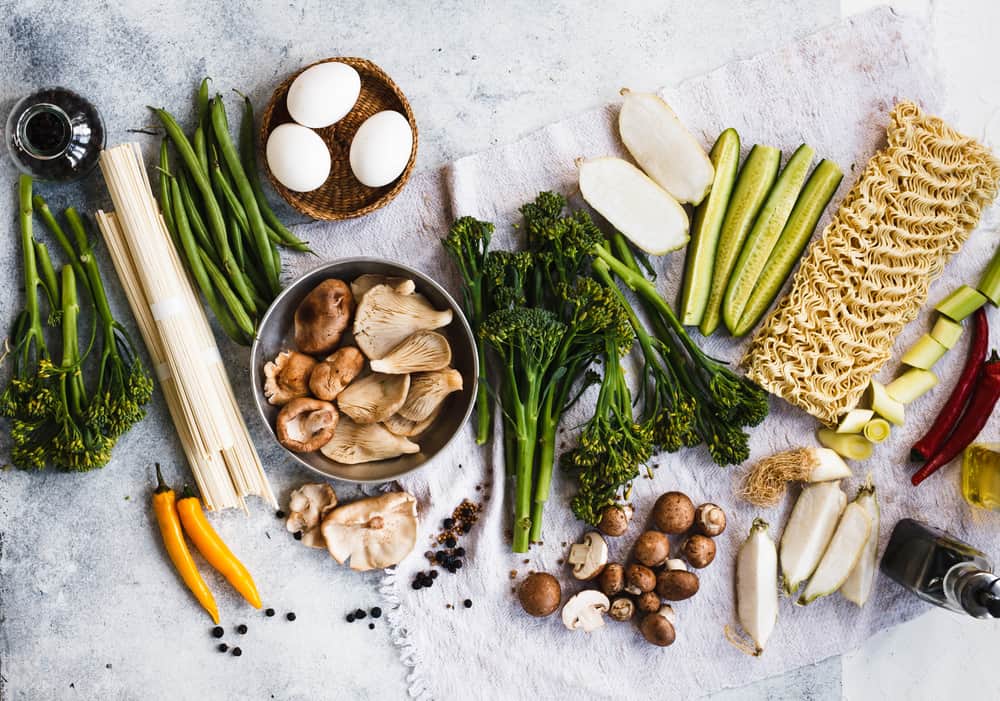 Recent inflationary worries have a noticeable effect on the cost of Chinese food.

Food prices rose 5.3 percent in 2021, with higher price hikes since then.

Whether eating at home or dining in a restaurant, the skyrocketing food prices have posed new challenges for everyone in the food chain.

Generally speaking, the expense of food ingredients should represent approximately one-third of a restaurant’s budget.

With bulk prices increasing along with grocery store costs, Chinese restaurants have had to rethink some menu options.

Some of us remember the chicken wing shortages during recent Super Bowl Sundays.

Many Chinese buffets have replaced chicken wings with chicken nuggets made from processed meat.

Some traditional restaurants have removed this option from the menu rather than charge extremely high prices.

In addition to many restaurant ingredients, many Chinese restaurant operators have had to pay much more to grease the wheels of their business.

The cost of cooking oils, a supposedly disposable ingredient needed for many Chinese dishes, has soared in recent years.

Many buffets and restaurants have tinkered with their menus and daily food options.

Some have added surcharges and mandatory tips to ensure wait staff earns a decent level of pay.

Similarly, many groceries have raised their prices. 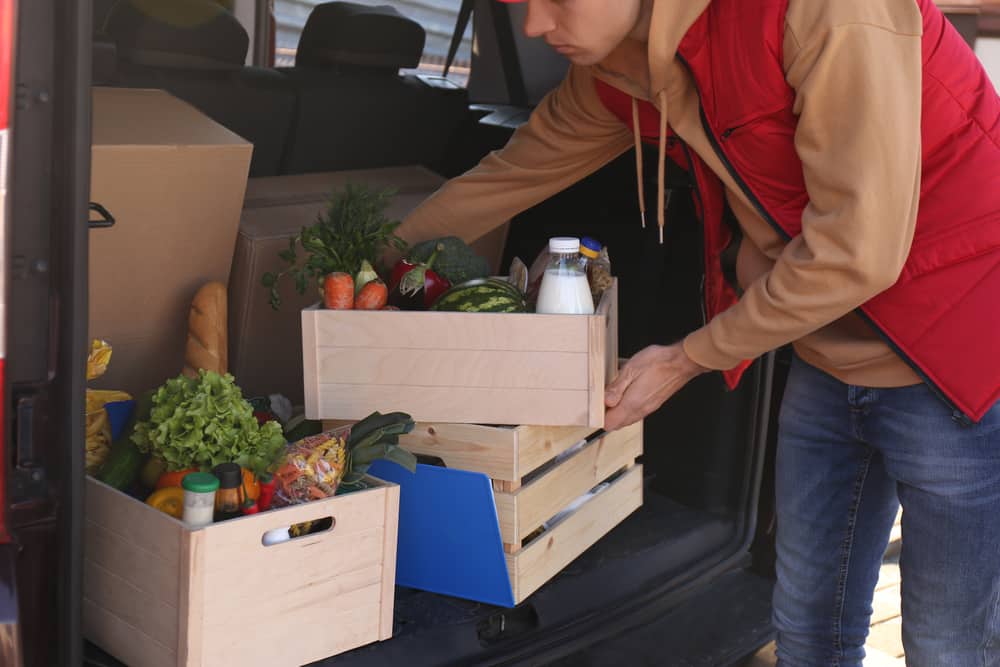 The reopening of restaurants disrupted food delivery patterns that had significantly changed in early 2020.

As more people stayed home during the early months of the pandemic, food distribution networks focused on delivering to supermarkets rather than restaurants.

The reopening of Chinese restaurants has once again shifted food distribution priorities.

Higher food prices have left restaurant operators deciding if they will eat the cost or pass it along.

Since many Chinese restaurants are independently owned, they have less bargaining power with suppliers.

At some of these establishments, many workers are extended members of the family.

They have to eat, too, and if business slows down, they will have a harder time affording the expensive Chinese food they enjoy eating. 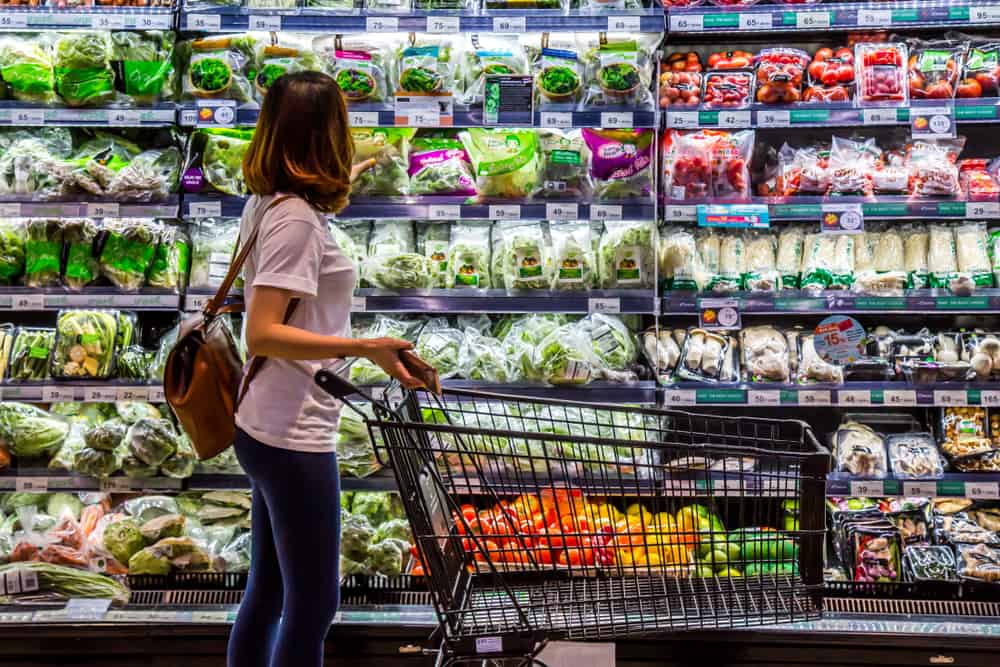 Many grocery stores have started to add Chinese and other Asian food products to their offerings.

Usually, most of them reside in an “ethnic” foods aisle, probably near the Hispanic foods.

In some circumstances, they may integrate certain Asian products, such as ramen noodles and sriracha sauce, into other areas.

Some may see the limited offerings in most groceries and incorrectly believe that a single soy sauce brand, chili oil, or type of dumpling defines all Chinese food.

There is no one-size-fits-all for these products.

Those who have Asian markets nearby can access a variety of Chinese foods.

They have both popular and common foods, as well as those of seasonal significance, such as mooncakes that are popular during the Mid-Autumn Festival.

For those without a nearby Asian grocery or supermarket, purchasing produce such as bok choy, durian, jackfruit, lotus root, and mangosteen may be difficult or impossible.

It may be worth packing a cooler, filling the gas tank, and making a trip to an Asian market to find some Chinese staples if you’re not lucky enough to have a local store.

Sure, all supermarkets have rice.

But Asian stores have a much better selection, sold not just in smaller plastic bags, but also in bags heavier than 20 pounds.

Short, medium, and long-grain rice each have utility in different Chinese meals, with large bags of jasmine and other varieties also classified by crop year and other designations.

Dried noodles are more than your standard grocery store’s ramen.

An Asian grocery has numerous varieties, usually filling multiple aisles and distinguished by their size, thickness, and purpose.

Most of these stores also have fresh noodles in their refrigerated section.

Beyond the basic soy sauce, these stores have varieties with different darkness levels, as well as brands that tout themselves as vegetarian.

Dumplings galore, from potstickers to wontons, fill the freezer section.

Tofu squares and fried cubes are found in many Asian groceries, while some also have pandan soy milk and tong sui (sweet soups).

Asian groceries also have much more than mochi or pocky—the snack and beverage section contains treats that mix Chinese and other Asian tastes.

If one craves tea, they will find hundreds of varieties.

Some green teas are fairly inexpensive, while other ginseng herbals may cost a lot.

While some of the prices for Chinese food are expensive in these Asian markets, not having a market nearby is an even more expensive issue. 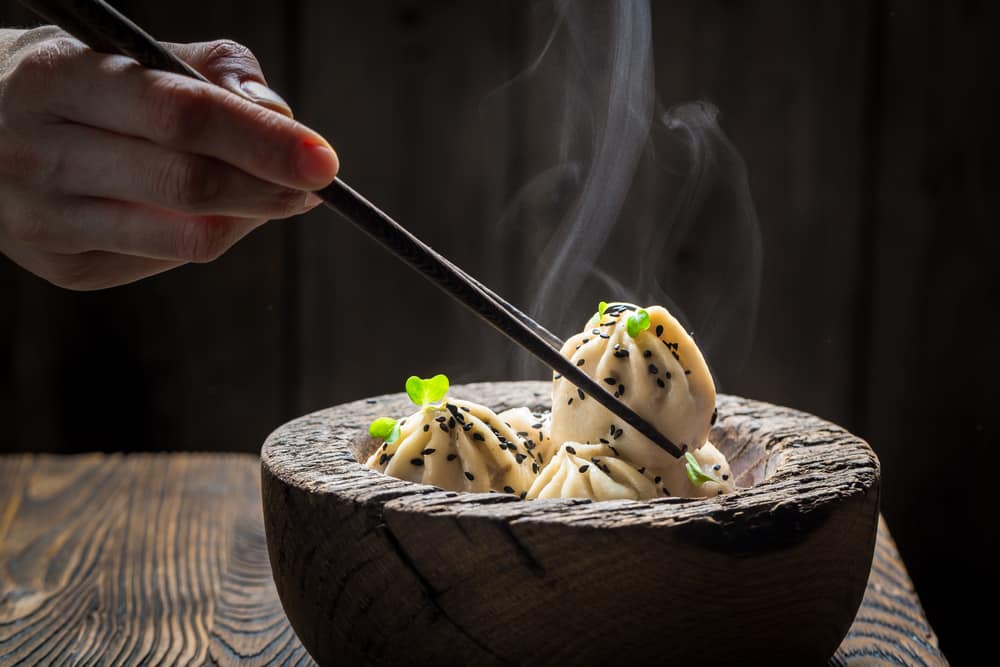 Historical events have shaped Chinese food as a cheap dish.

Ever since the first Chinese workers arrived to build the transcontinental railroad in the United States, the perception of Chinese food was that it was cheap.

While foodies have elevated the stature of Japanese cuisine in recent decades, Chinese and Mexican foods continue to be considered cheap and less inspired.

Some of this impression is due to the level of prestige given to another culture’s reputation.

This “hierarchy of taste” explains why certain cuisines may cost more in the store or restaurant than others.

That same beef in a Mexican or Southwest-inspired carne asada with fries is street food at best.

From cheap food for railroad workers long ago to imported items that leave a cheap impression today, these perceptions have influenced the view people have of Chinese food.

This perspective on Chinese food has reached a curious intersection.

With a growing awareness of Asian American culture and greater buying power, old perceptions have started to change.

The purchasing power of Asian Americans in the U.S. surpassed $1 trillion in 2018.

This younger Asian population, with many Chinese Americans, chooses to spend its dollars in a different way—one that focuses more on the quality of the food than its “cheapness.”

As this trend continues, Chinese food will climb higher in the “hierarchy of taste” and become more expensive. 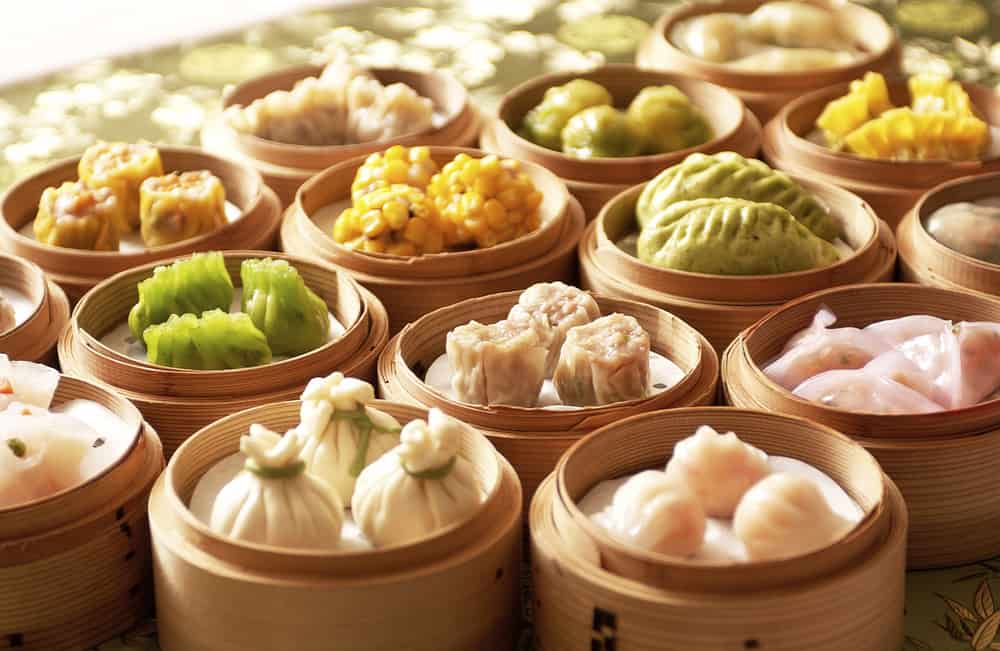 The Americanized Chinese dishes many of us are familiar with are not found in all Chinese restaurants in other countries.

Though one of the largest minority groups in Japan, the Chinese who live in the Land of the Rising Sun usually do not serve General Tso’s chicken full of MSG.

Authentic Chinese food in Japan is closer to its roots, with few fortune cookies and more similarities to what one finds in China.

The cost of a Chinese meal in Tokyo and many other Japanese cities is not at bargain-basement buffet levels.

In some countries in Central Europe, Chinese food does not have the greatest reputation.

A Chinese meal in Germany costs a lot and does not even have an appealing taste.

Of course, everything is expensive in London.

Canada has many Chinese restaurants, especially in Toronto and areas around Vancouver, British Columbia.

After Hong Kong transitioned from British to Chinese rule in July 1997, many people in the Commonwealth came to Canada’s west coast.

The city of Richmond, just south of Vancouver, has more than 200,000 residents.

60% of them are foreign-born and more than half claim Chinese ancestry.

There are many Chinese restaurants in Richmond, BC.

Some inexpensive, and many very high-end. 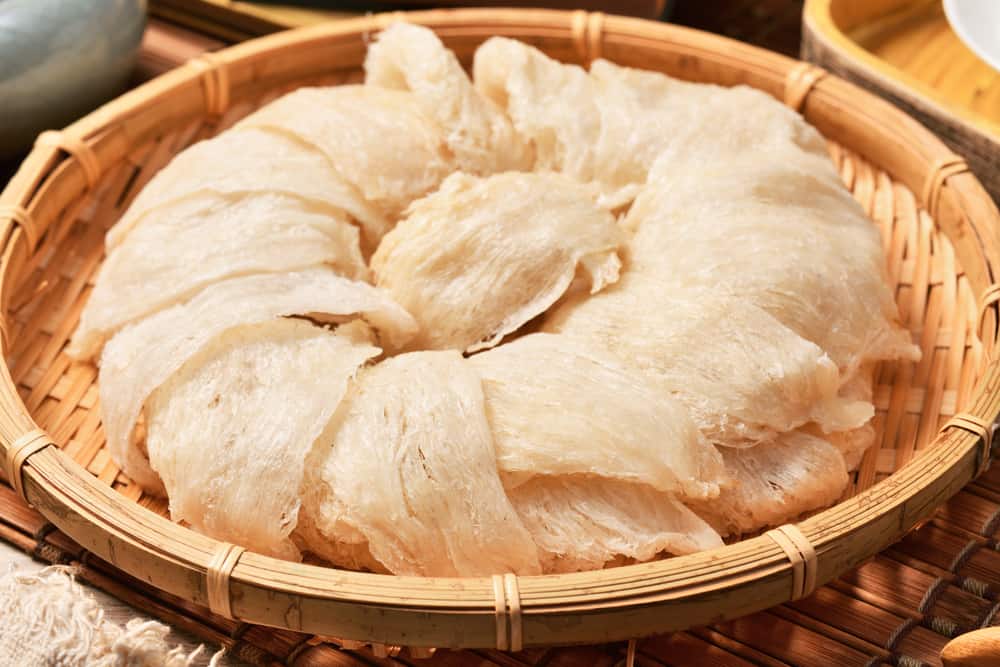 Although Chinese food pricing varies in China, recent events have affected some prices.

Prices on many vegetables skyrocketed due to bad weather and higher energy costs that affected the cost to grow crops in greenhouses and get them to market.

Beyond escalating prices due to short-term weather and long-term climate consequences, some Chinese menu items carry a price that is as high as caviar and truffles.

A few examples of these such items are shark fins and different types of mushrooms.

Although wild bears receive protection in China, claws originating from brown or black bears are an expensive delicacy.

Along some islands in the South China Sea, edible bird’s nests have medicinal qualities and can command up to $3000 per pound.

Caterpillar fungus, shark’s fin, matsutake and morel mushrooms, the Liaoning sea cucumber, and varieties of ginseng are other incredibly expensive Chinese foods that many believe have positive health effects.

Why Is Chinese Food So Expensive? (Top 7 Reasons)