You are here: Home / The Cold Spotlight / Why Is Canned Soup So Expensive? (10 Reasons) 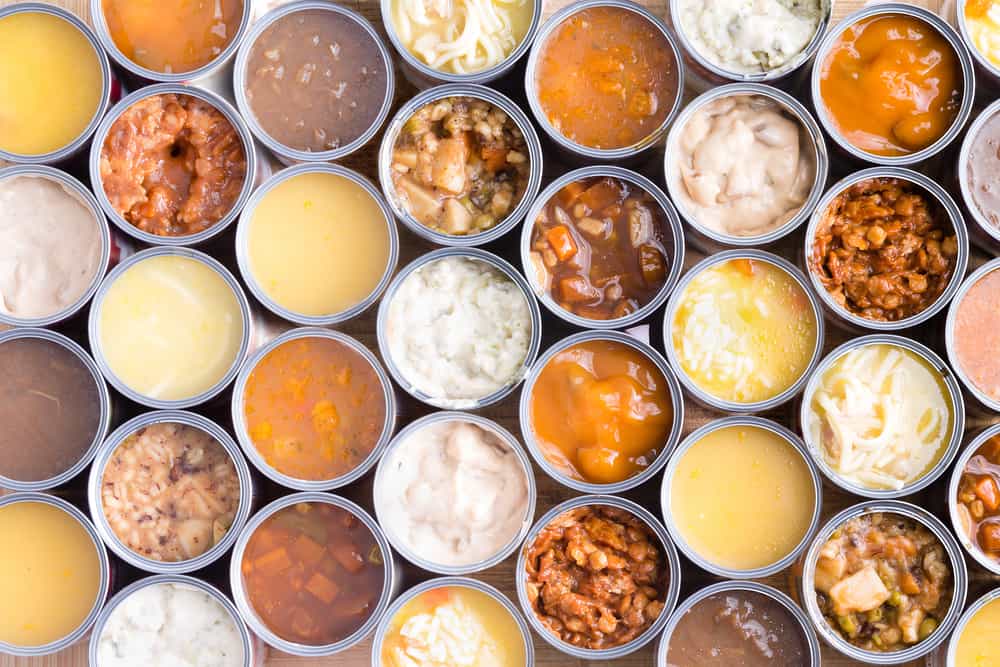 Canned soup is a staple food for some families.

Depending on the type of soup and the container size, it can be enough for an entire meal for someone.

The problem with canned soup is that its price has increased.

Considering that canned soup used to have a reputation for low prices, you may wonder what’s happened that has increased its prices. 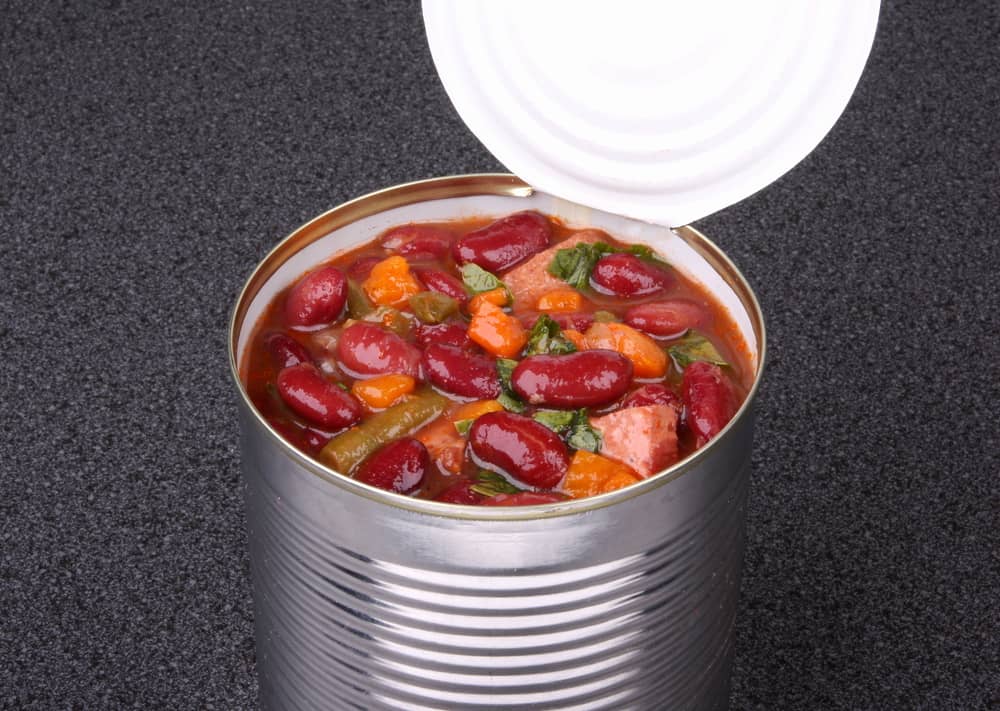 The average price of canned soup is $2.30, but there are some brands and products that cost $5 or more.

Canned soup can be expensive because of the cost of its ingredients, its focus on clean meat, and its focus on sustainable sourcing. 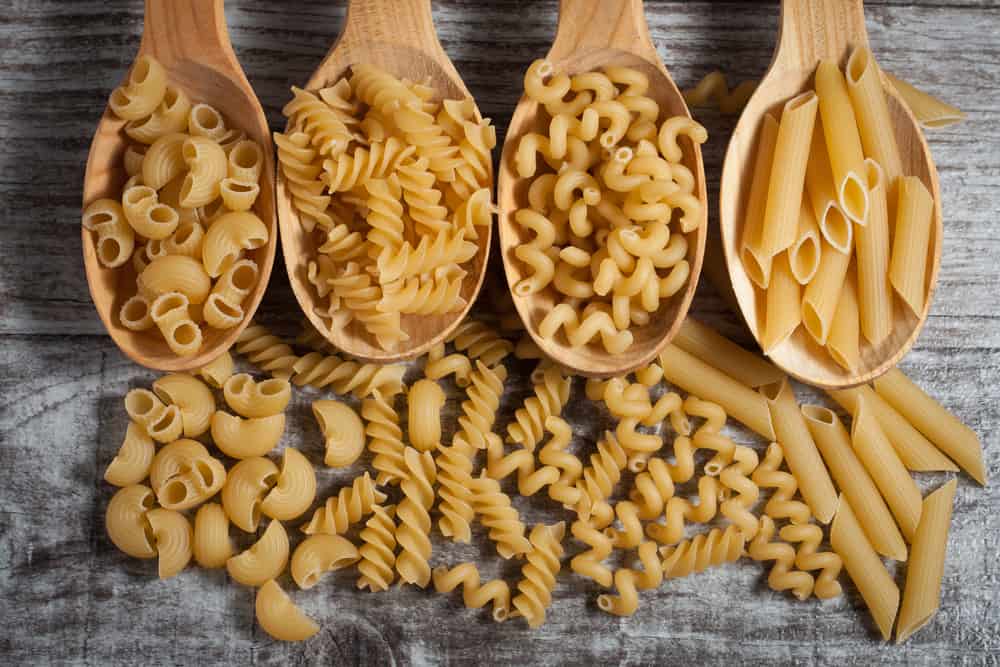 A staple ingredient in many canned soup products is pasta.

The noodles help add bulk to the food.

The problem with using pasta in some canned soup is that it’s making canned soup expensive.

Pasta comes from wheat, and there has been a wheat shortage due to a few factors.

For one, drought is impacting wheat fields.

Since there’s a shortage of wheat, it means pasta makers have fewer resources to use.

They have to pay higher prices to get their hands on wheat.

In return, they need to sell their noodles at higher prices.

For canned soup manufacturers, it means these noodles are more expensive to use.

To make up for the cost, they have to charge higher prices.

Canned soup without noodles may be a bit cheaper, but you’ll find that soup that includes noodles is going to be priced on the higher side.

The cost of noodles is driving up the overall price of canned soup. 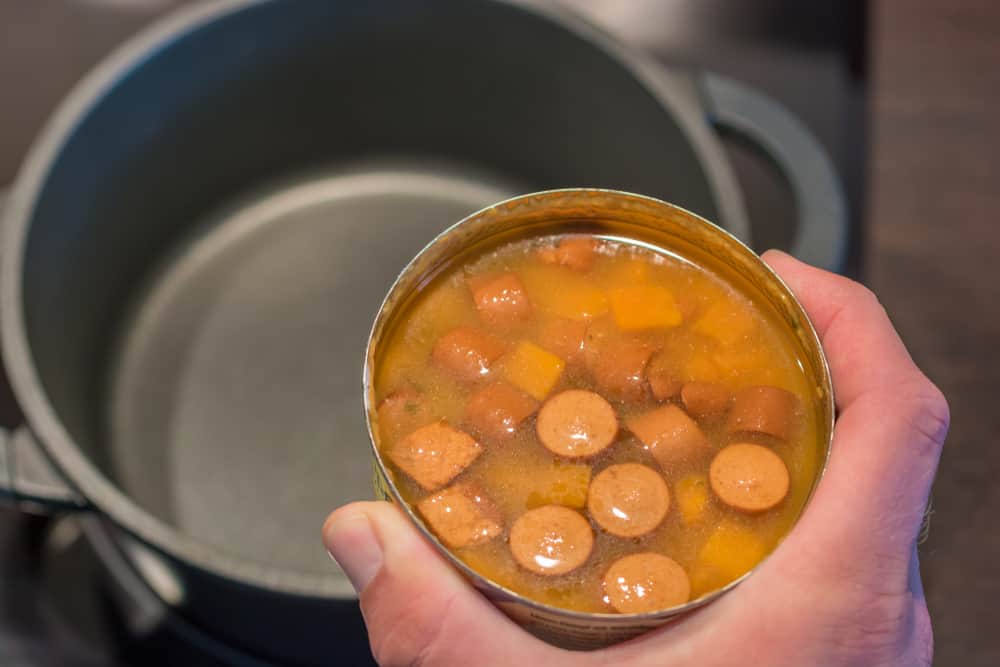 Some canned soup companies try to make their soup as healthy as possible.

They know that a lot of consumers who buy their soups do so because they believe their soup is healthy and wholesome.

To further ensure that their consumers can trust their brand, they’ve started using antibiotic-free meat.

Antibiotic resistance is a troubling situation where certain types of bacteria and germs become immune to treatment via antibiotics.

They’ve essentially evolved enough to keep antibiotics from working on them.

As such, if you become ill, then there’s a chance that the treatment the doctor gives you won’t work.

To keep that from happening, people have started watching what they eat.

Antibiotic-free meat is a bit more expensive than meat that does use antibiotics.

That’s because it requires farmers to find new ways to keep their chickens, pigs, or cows healthy.

Those means tend to be expensive.

Since they’re taking on higher costs, they charge higher prices for their antibiotic-free meat.

Canned soup companies then take on higher costs by using that meat.

They charge higher prices to cover their costs to acquire healthier meat.

Canned soup is expensive because some companies use antibiotic-free meat. 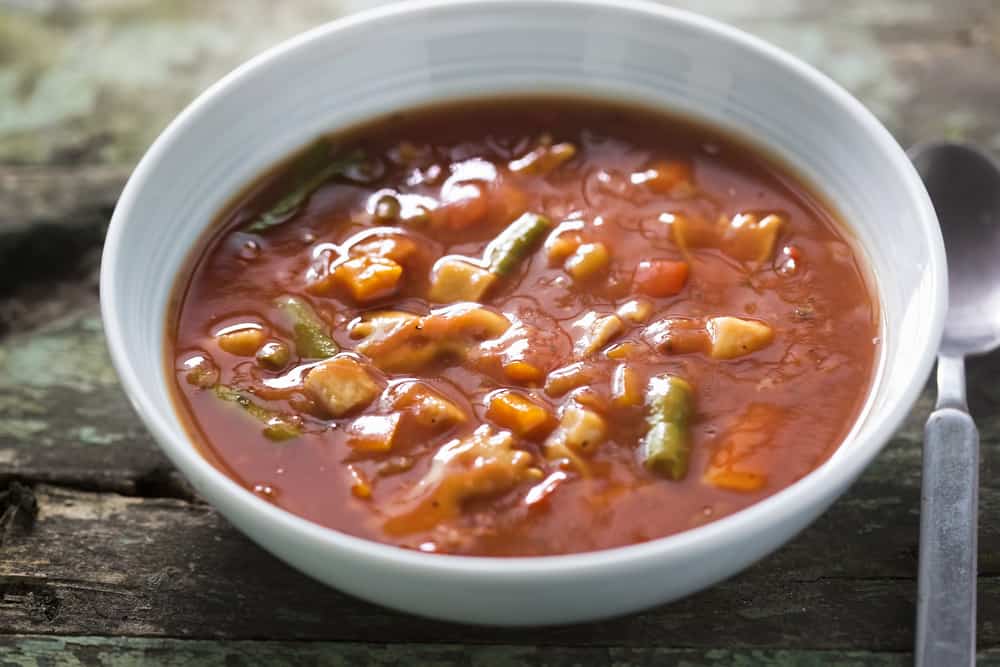 Another reason canned soup is expensive is that many see it as a comfort food.

It usually contains a bunch of vegetables, meat, and deliciously seasoned broth.

It’s easy to cook as well.

You can either put it in the microwave or put it on a stovetop.

As such, soup provides a lot of comfort without requiring a lot of effort to prepare.

Some people turned to comfort food during the lockdowns to help deal with the stress.

Even though the lockdowns have ended, the desire for comfort food remains strong.

The state of the economy and global politics has also added stress to people’s lives.

Relaxing with comfort food is ideal.

The problem with canned soup being a comfort food is that it makes it high in demand.

With so many people trying to get their hands on it, if there’s a shortage, then it’s going to make the price more expensive.

Canned soup is expensive because it’s a type of comfort food and is in high demand. 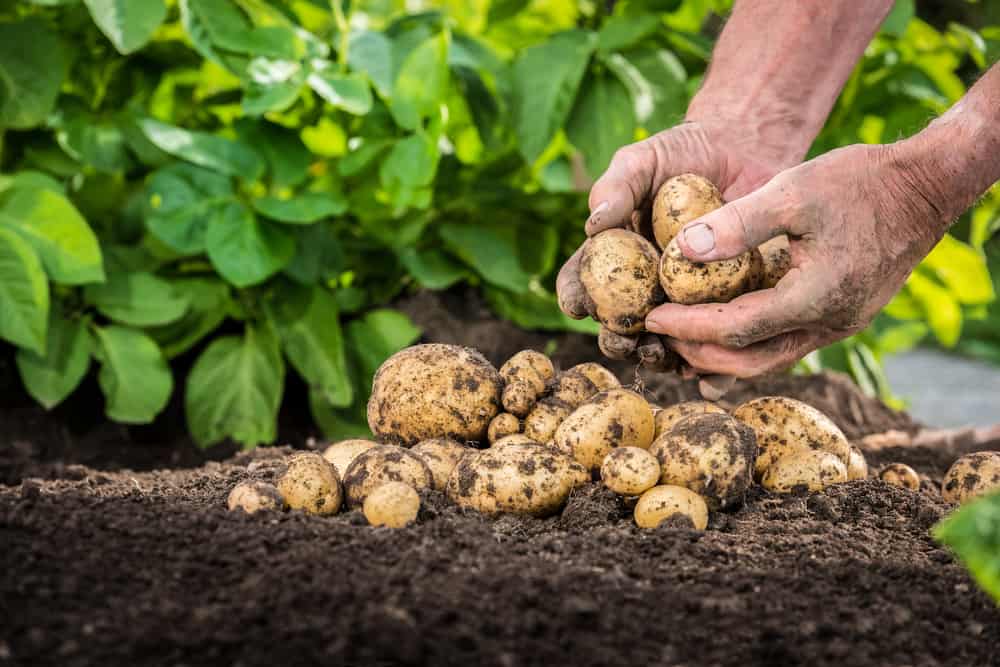 In most cases, potatoes are in bountiful supply.

Potato prices have increased due to problems occurring on a global scale.

Almost everyone seems to be suffering from a drought.

This has impacted the ability to grow potatoes.

Like other crops, potatoes need a decent amount of water to grow.

While they’re a bit more resilient than other types of crops, they still need some water to be healthy.

Without water, potatoes fail to grow and die.

Without anything to harvest, farmers are unable to supply canned soup manufacturers with the potatoes that they need.

Those who do have enough water are facing other problems.

Some are experiencing cold temperatures that are killing potato plants.

Others are struggling with high fertilizer costs.

All those additional costs are making farming more expensive.

Canned soup companies have to pay more money to source the potatoes they need.

As a result, they need to raise their prices to offset their costs.

Canned soup is expensive because potato prices are high. 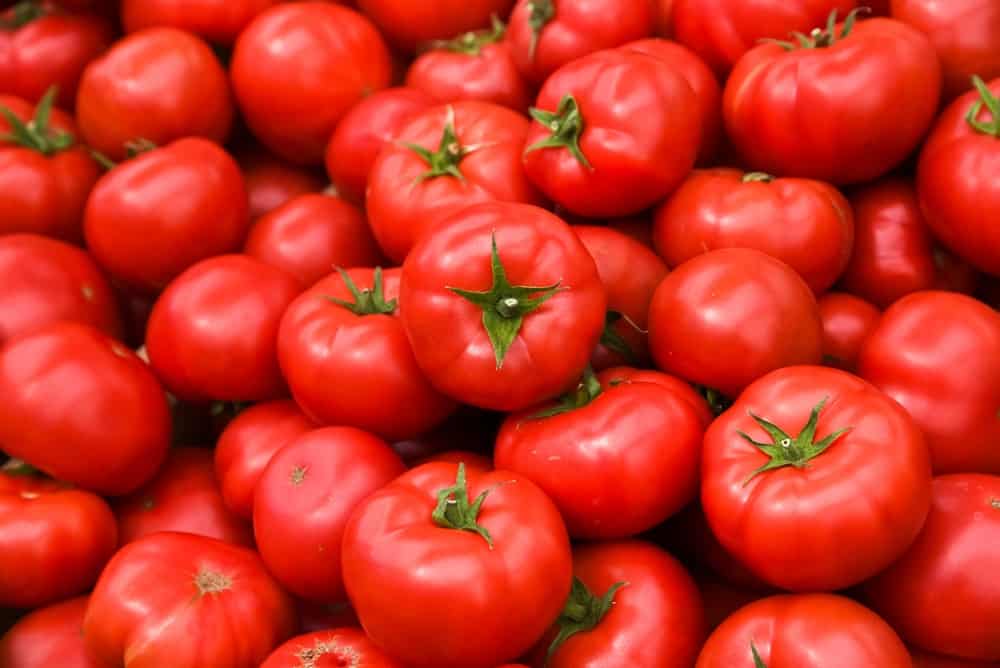 Tomato soup is popular because of its health benefits and flavor.

The problem with tomato soup is that tomatoes have also become expensive to source.

Like many of the other crops, tomatoes have been experiencing drought conditions.

These conditions have kept farmers from being able to grow them.

That’s created a tomato shortage which means everyone looking to buy tomatoes is paying expensive prices.

It doesn’t help that there’s a lot of demand for tomatoes either.

If the drought doesn’t go away, then farmers may be unable to plant tomato seeds for the next harvest.

As a result, the shortage of tomatoes might continue.

If tomato prices are high, then canned soup companies are going to be spending more money on sourcing them.

To cover the costs, they’ll sell their soups at higher prices.

Canned soup is expensive because of the rising price of tomatoes. 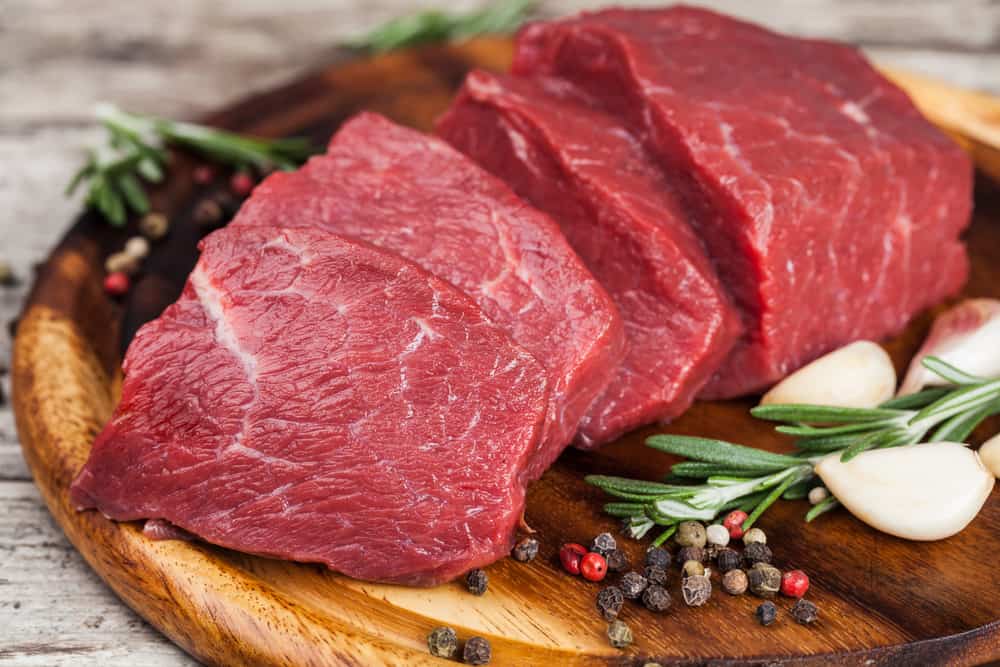 For example, beef prices are on the rise.

There are a number of factors that have made beef quite expensive.

One of the pressing reasons is that wheat and corn prices have been high.

Both wheat and corn are staple feed for livestock.

Farmers buy these resources, turn them into food, and feed them to their livestock.

When feed becomes more expensive, then farmers end up having to spend more money on feeding their cattle.

As a result, they need to sell their animal products at higher prices to cover those costs.

To cover their costs, they need to sell their products at higher prices.

It isn’t just the price of feed that’s impacting the cost of beef either.

While cattle populations are slowly returning to normal following a massive culling during the COVID-19 pandemic, they’re not quite there yet.

It will take some time before ranchers are able to normalize their supply once more.

In addition, drought has made it more expensive to keep their cows hydrated.

All this leads to higher costs of raising cattle.

Canned soup companies have to spend more money to source their beef ingredients.

Canned soup is expensive because of high beef prices. 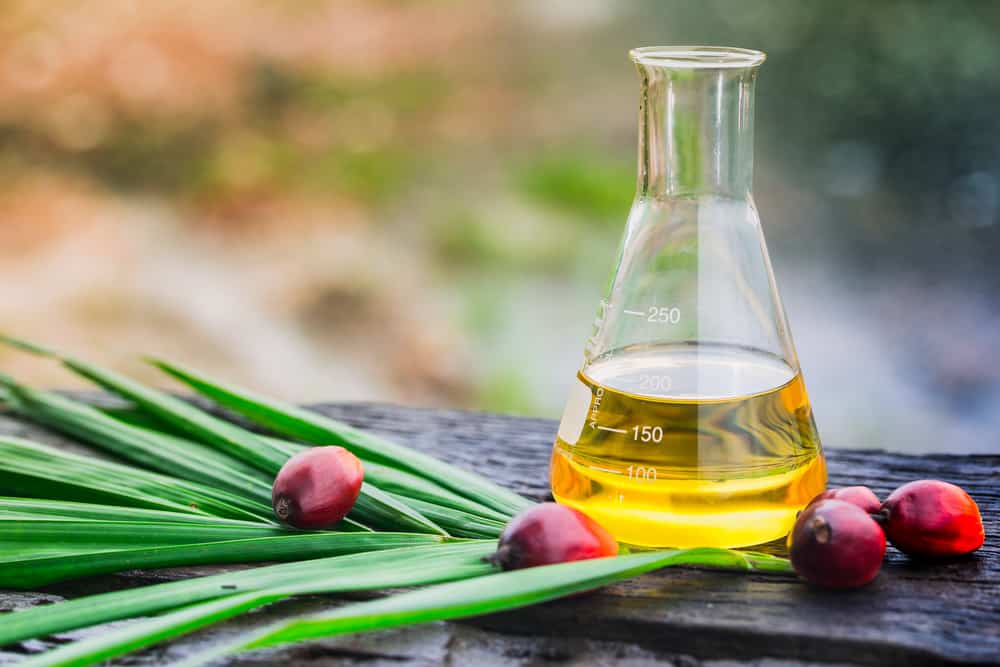 Some canned soup companies use palm oil in their soups—though it can be harmful to the environment.

Palm oil is a common type of oil used in all sorts of foods.

The problem with palm oil is that it’s also one of the leading causes of deforestation.

Because of the harmful effects it has on native wildlife and the climate, a lot of consumers are pushing for companies to reduce palm oil usage.

A way that companies have been able to continue to use palm oil while reducing deforestation is by working with companies that source palm oil sustainably.

This usually means that they either plant a lot of palms to make up for those they’re removing, or they have a specific quota that they comply with.

Once they reach that quota, they’re unable to source any more palm trees for palm oil.

As such, some canned soup companies have higher production costs.

To cover those costs, they ask for higher prices for their soups.

Canned soup is expensive because some companies use sustainable palm oil. 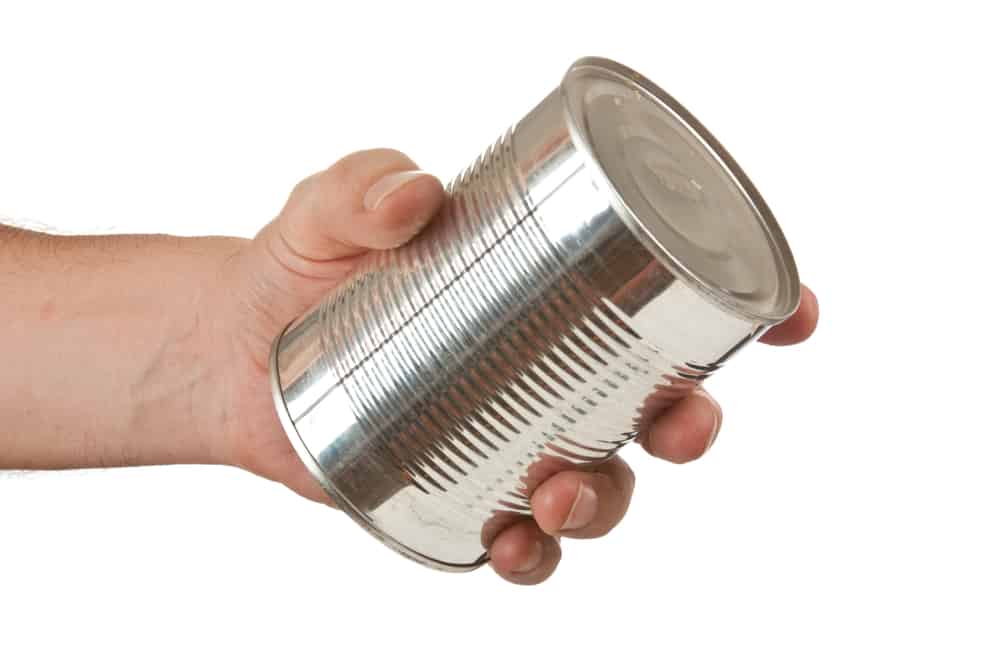 Another problem impacting soup companies is the price of steel.

Many canned soup companies either use steel or aluminum to make their cans.

Both steel and aluminum are already priced high.

Steel is more expensive than aluminum since it’s a bit higher quality.

Considering that canned soup companies need steel to make their cans, they invest a lot of money into it.

When steel prices are high, then the price of making their canned soup products is high.

To cover those costs, the companies need to charge higher prices.

Canned soup is expensive because of the high price of steel. 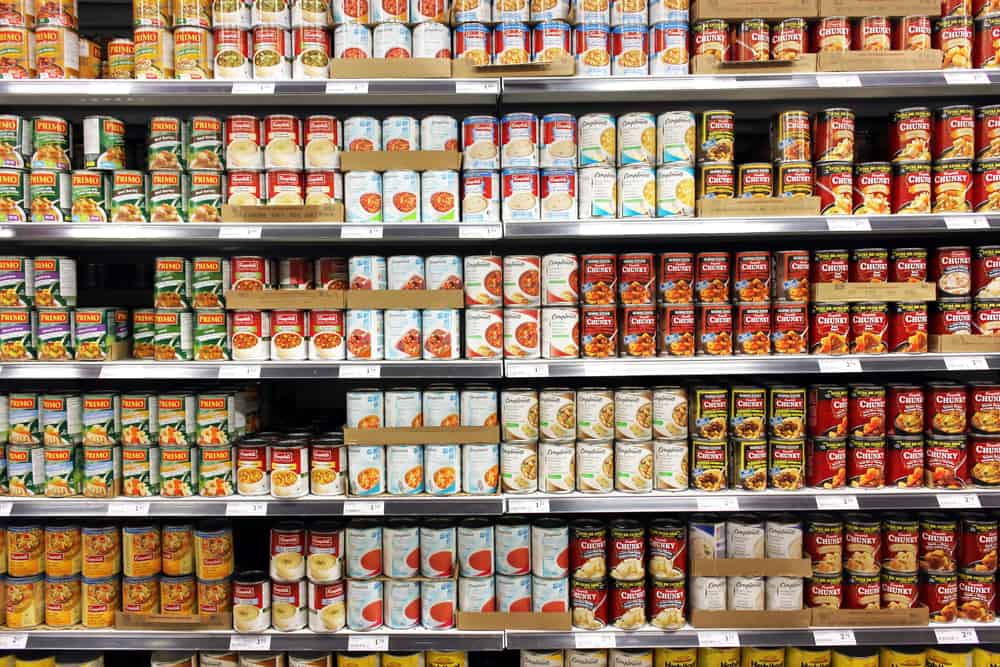 In an effort to get workers back into their factories, some canned soup companies chose to increase wages.

Since workers are earning more, it means that manufacturing their products is a bit more expensive.

The bigger the factory is, the more workers the company needs to pay.

To ensure they’re able to pay their employees and still make a profit, canned soup companies put higher prices on their products.

Canned soup is expensive because of higher labor costs. 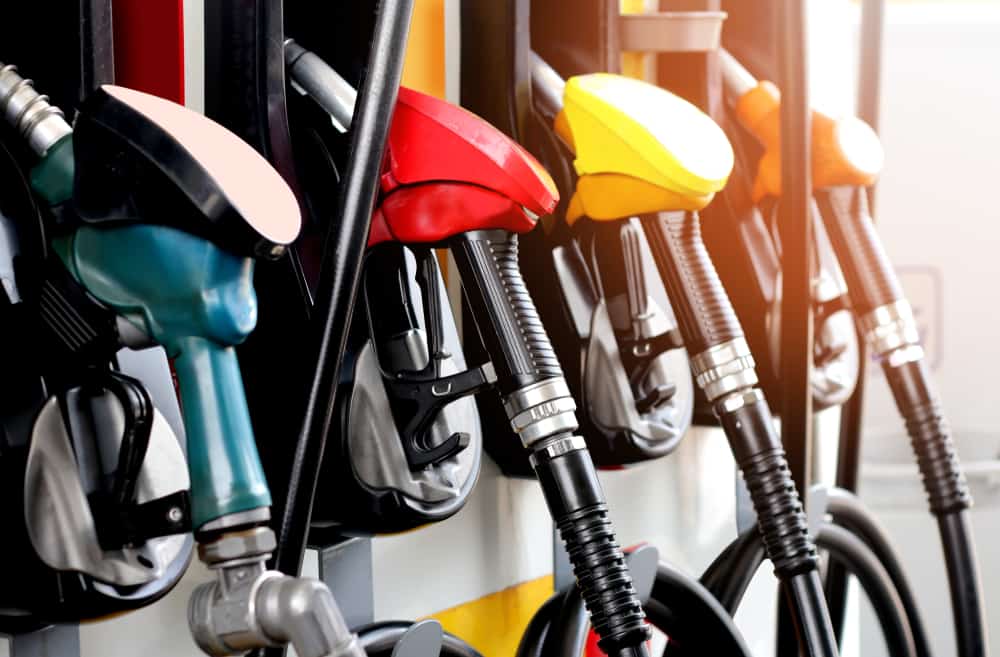 A final reason canned soup is expensive is fuel costs.

They also likely pay fuel costs to ship their ingredients to their factories to make canned soup.

High fuel costs also usually mean that energy prices are going to be more expensive, too.

As a result, it becomes more expensive to operate the factory and keep the power on.

To cover those costs and keep the business running, canned soup companies increase the price of their soups.

Canned soup is expensive because of higher fuel costs.