You are here: Home / The Cold Spotlight / Why Is Cabbage So Expensive? (10 Reasons) 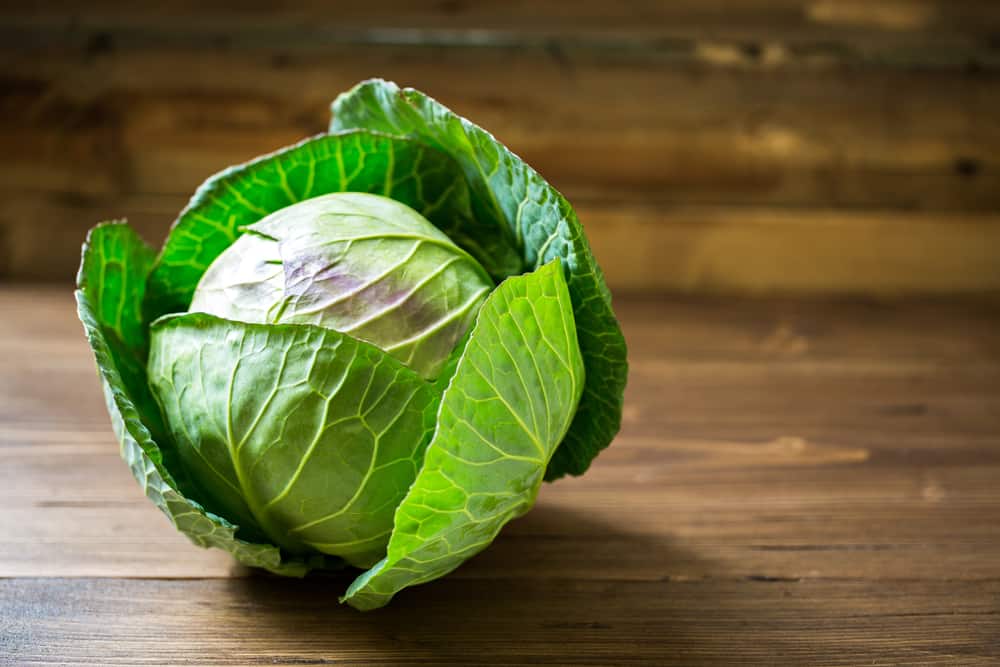 For some households, cabbage is a vital part of their meals.

It makes a great base for salads and several other dishes.

Cabbage can help your digestion as well as provide a good dose of Vitamin C.

Buying cabbage, however, has become far more expensive than it used to be.

You may wonder what’s behind the high price of cabbage.

Why Is Cabbage So Expensive? (10 Reasons) 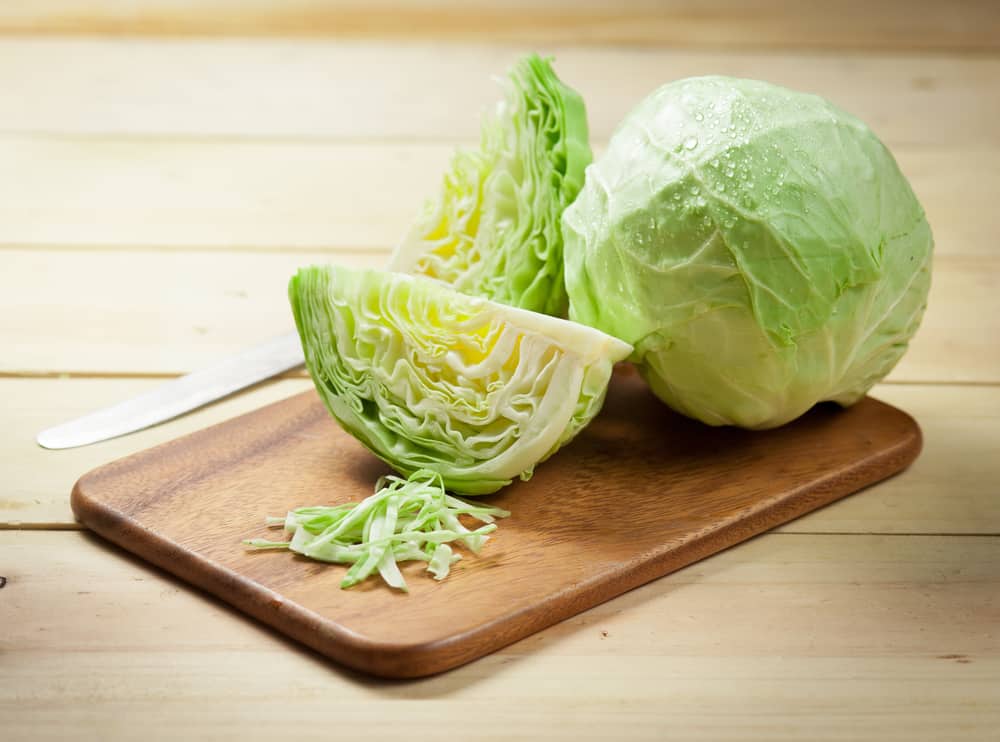 However, you can find cabbage selling for $4 or even $5 in some places.

Certain factors like problems with the climate, high demand, and the fact that it’s a seasonal crop all make cabbage more expensive. 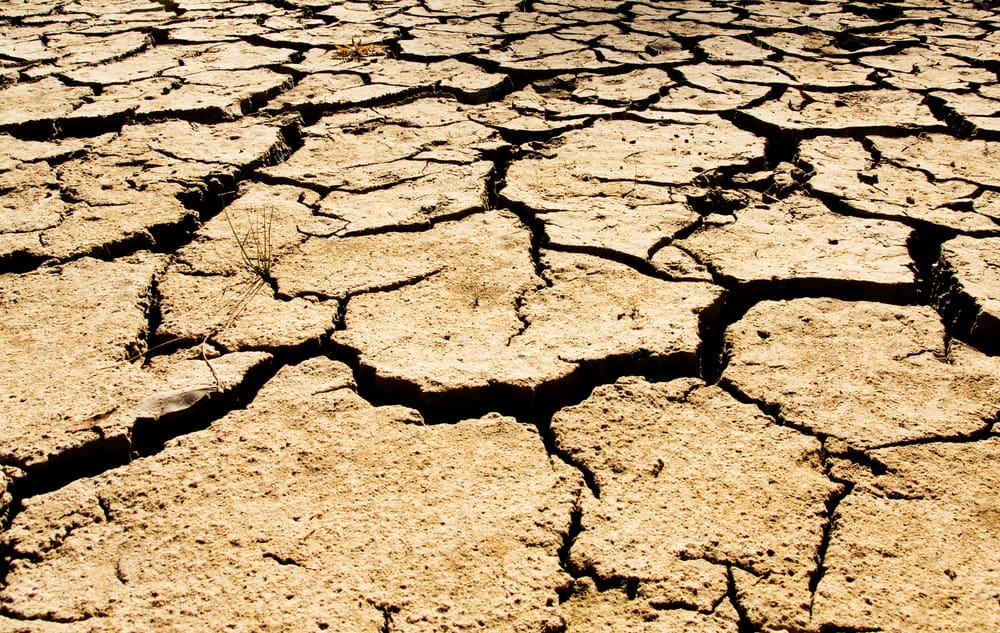 One of the biggest problems making the price of cabbage increase is drought.

There are a few states that grow cabbage in the United States.

However, of those states, only a handful produce the bulk of cabbage made for human consumption.

The problem with some of these states is that they’ve been experiencing a drought for a long time.

As a vegetable, it requires a fair amount of water to grow.

Without that water, it cannot grow.

As a result, farmers are facing reduced supplies.

That creates a shortage of cabbage which raises its price.

The problem with drought is that it isn’t something you can easily fix.

It can be seasonal, but it can also be a result of climate change.

The latter is more complicated to fix.

Since farmers have fewer cabbages to sell, it means supply isn’t going to meet demand.

As a result, the price is higher.

Cabbage is expensive because of drought causing shortages.

2. Too Much Rain In New Zealand And Australia 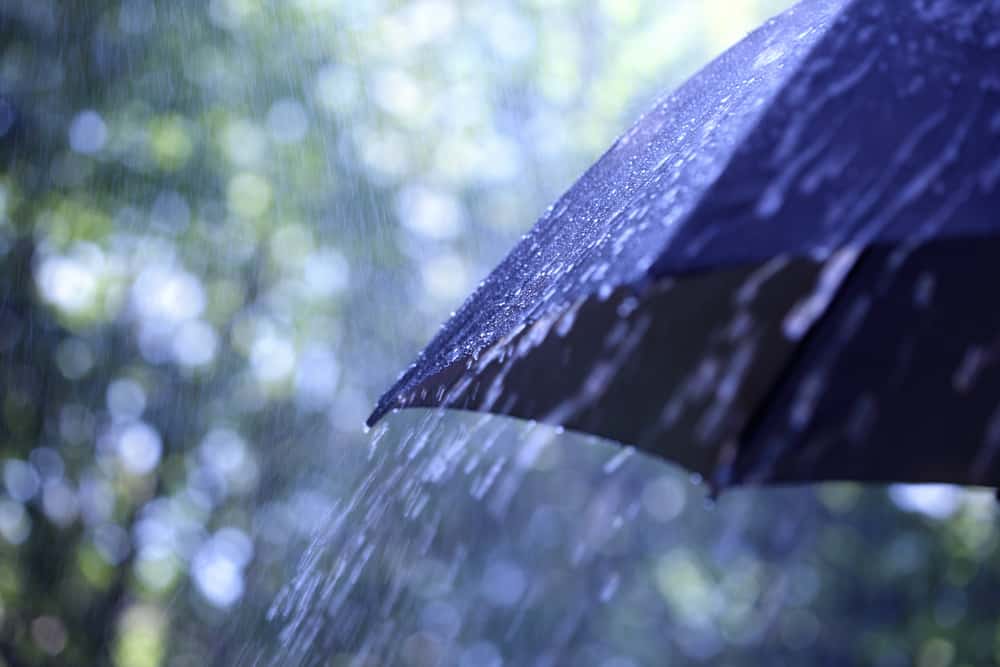 While drought may be making it impossible to grow cabbages in the United States, New Zealand and Australia are facing other problems.

They had a drought as well, but then they also experienced a massive amount of rain.

The fields became too soggy for the farmers to plant anything.

If they did plant their cabbage seeds in the storm, then they’d risk drowning them.

Just like humans, vegetables can receive too much water, too.

When they do, they can die or develop some sort of rot-related disease.

Too much moisture, after all, encourages the spread of mold.

This further impacts the price of cabbage because it means other countries are also struggling to produce cabbage.

On the one hand, this means that the United States has fewer countries where it can buy cabbage.

That doesn’t help cover their shortages, so cabbage continues to be scarce.

It also means that other countries in need might be buying America’s cabbage, too.

That only further worsens the shortage of cabbage.

With not enough cabbage to go around, the price of cabbage increases.

Cabbage is expensive because other countries are struggling to grow cabbage, too. 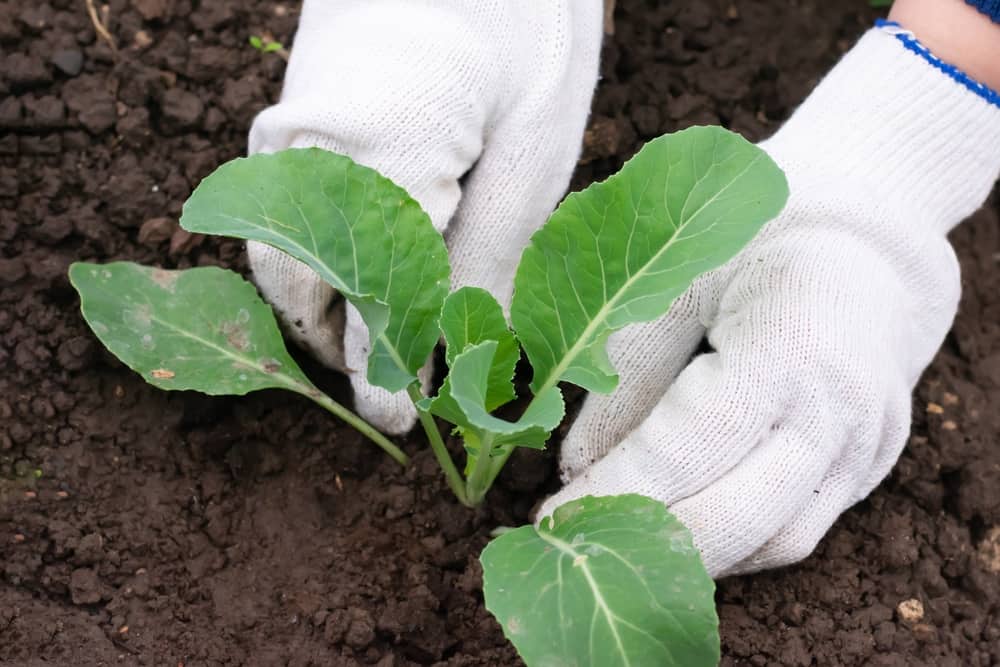 It can also impact the ability of farmers to plant for the following harvest, too.

When the ground is too dry, the seeds have a chance of dying instead of sprouting.

They require a specific amount of water to shed their shells and start growing.

However, if farmers wait too long to sow cabbage seeds, they might miss being able to sow them at all.

That’s because cabbages are a seasonal crop.

They require specific temperature conditions in which to grow.

If those temperature needs aren’t met, then the cabbage won’t grow.

As a result, the drought might keep farmers from sowing their fields to the point where the temperatures change.

It may no longer be possible for them to grow cabbages.

This means that the next harvest of cabbage is also going to be non-existent or limited.

That only further impacts the price of cabbage because it extends the shortage.

Cabbage is expensive because some farmers have been struggling to plant for the next harvest. 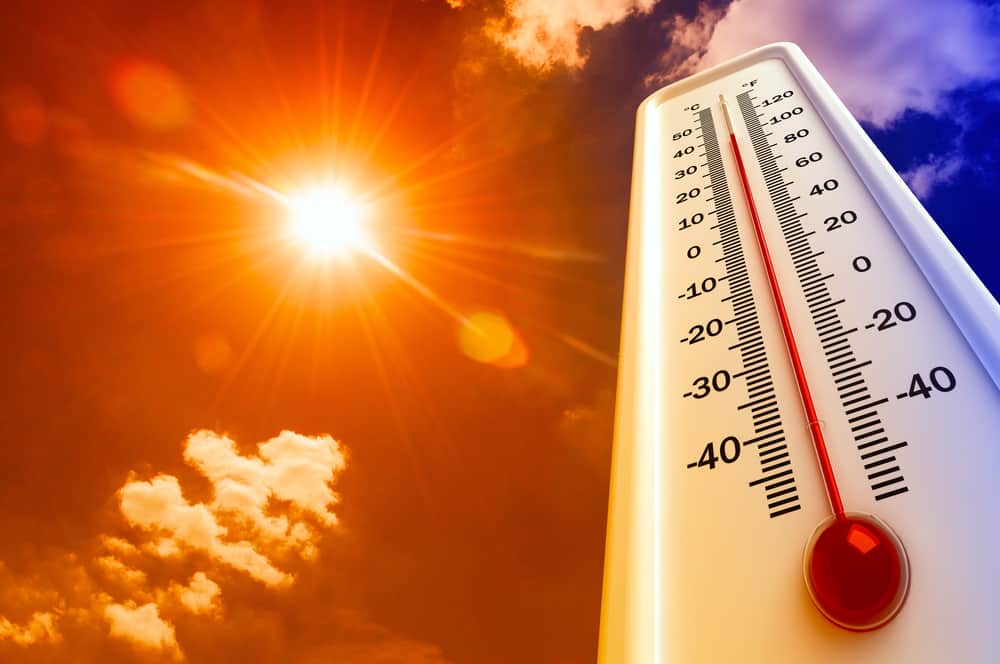 Hot temperatures are also to blame for the increased price of cabbage.

One of those problems is exacerbating the drought.

In some cases, hot temperatures can even lead to a drought.

If there isn’t any rainfall, then the hot temperatures further dry up the area.

It can make drought more severe.

Not unlike humans, vegetables have a certain threshold of comfort when it comes to temperatures.

If the temperature goes beyond that threshold, then they start to die.

In some cases, it might encourage the spreading of disease.

In others, it may cause the plant to dry up and die.

The vegetable might simply not be able to keep itself hydrated enough to ward off the problems associated with hot temperatures.

This impacts the price of cabbage because it further lowers its supply.

Farmers may lose quite a few cabbages to hot temperatures.

If the temperature suddenly shifts, then they might not have been ready to adjust to those temperatures.

They may have expected the cooler temperatures to remain a bit longer.

However, a blast of hot temperatures might have ruined their yield of cabbages.

Since they were unable to harvest them all in time, they have a shortage.

Cabbage is expensive because hot temperatures have been creating shortages. 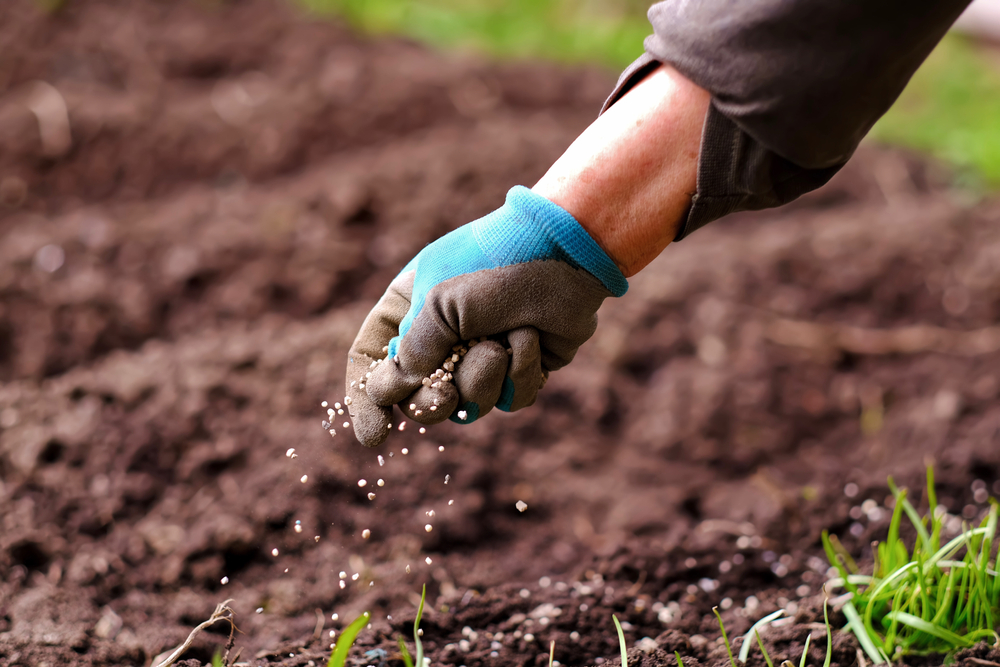 Farmers are also facing costs when it comes to planting and farming.

One of those costs is fertilizer.

Those costs are higher due to a lack of ammonia.

There are a few reasons there are ammonia shortages.

First of all, one of the biggest producers of ammonia, China, has reduced its supply.

That’s because they’ve started to shift towards greener technology.

One of the main ways they produce ammonia is through coal mining.

Since coal is a fossil fuel, it’s one of the industries they’re trying to reduce to limit carbon emissions.

With fewer coal mines, it means they have less ammonia to sell.

With less ammonia on the market, manufacturers are only able to make so much fertilizer.

That then puts farmers in a tight spot because they’re competing with other farmers.

Everyone wants to get their hands on fertilizer.

Fertilizer is essential to farms since it helps crops grow quickly, large, and healthy.

If a farmer pays a high price for fertilizer, then they’re going to charge more for their produce to make up for the cost.

In the case of cabbage, it means higher cabbage prices.

Cabbage is expensive because of high fertilizer costs. 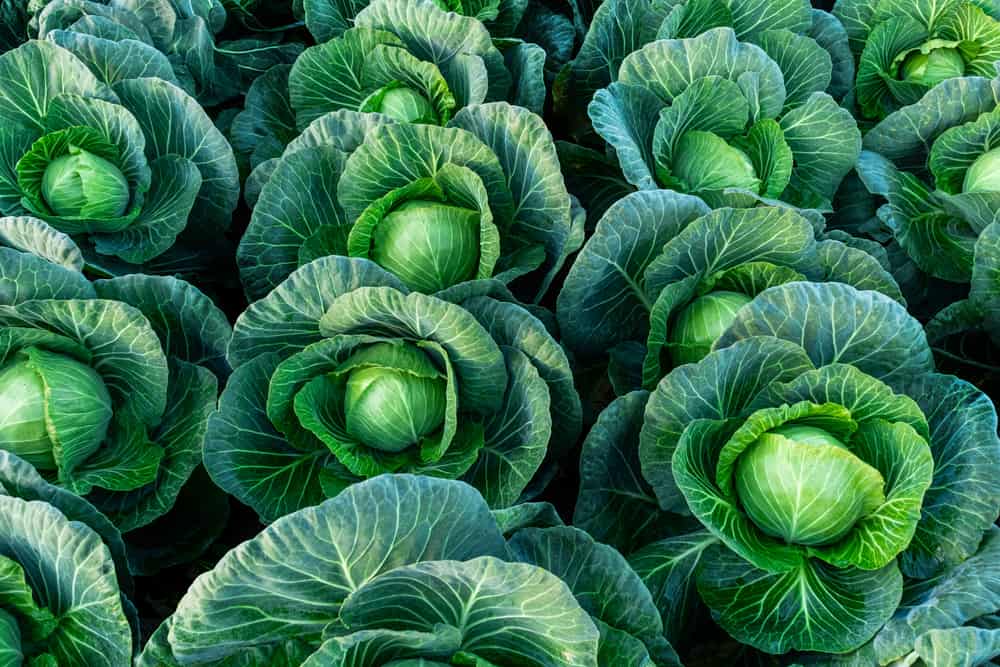 Cabbage is also a seasonal crop.

It prefers certain conditions in which to grow.

Outside of those conditions, it doesn’t grow well.

As such, they tend to just stick to planting and farming cabbage when it’s cabbage season.

Seasonal vegetables tend to be more expensive when they’re out of season.

That’s because when they’re in season, you’re usually buying cabbage from local farmers.

At the very least, you’re usually buying from farmers who are in the same country as you.

When vegetables aren’t in season, however, the United States must import cabbage from other countries.

Certain states may have the right climate to grow cabbage year-round, but they’re not in the majority.

As such, there’s always a shortage of local cabbage when it’s out of season.

As a result, the cabbage you buy is likely coming from a different country.

That’s because there are various import fees and taxes that sellers have to pay to bring their cabbage to the United States.

Since they’re paying more money to sell, they’re going to put a higher price on their cabbage.

Cabbage is expensive when it’s out of season. 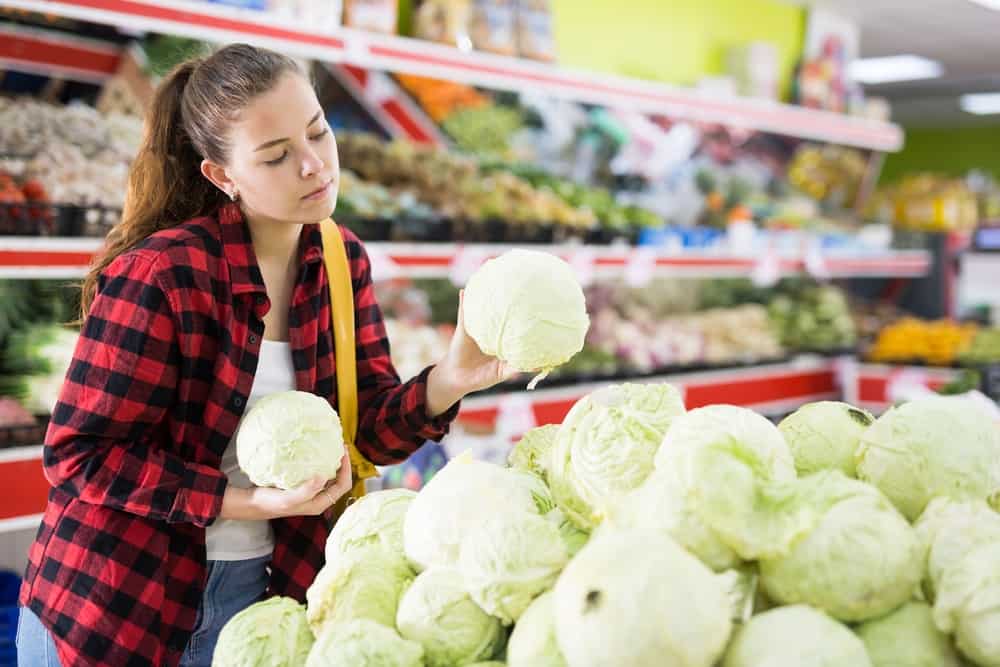 There’s also a lot of demand for cabbage.

Cabbage is a tasty vegetable that makes for a great side in most dishes.

It’s often paired with lettuce to make a base for a salad.

However, some clever chefs have also managed to replace certain types of bread with cabbage.

Some simply use cabbage to make healthy types of sandwiches.

Instead of using bread, they use cabbage as the main holder of all the ingredients.

Cabbage leaves are usually quite large.

It’s easy to fit several ingredients within a leaf and fold it together to create a sort of sandwich.

Since bread can sometimes be quite carb-heavy without offering too many health benefits, switching to cabbage may ideal for a lot of people.

Cabbage is also used in coleslaw which is a popular type of food.

A good portion of cabbage specifically goes to manufacturers who make coleslaw.

Since there are so many people trying to get their hands on cabbage, the demand is quite high.

Whenever demand is high and supply is low, the price increases.

Cabbage is expensive because it’s in high demand. 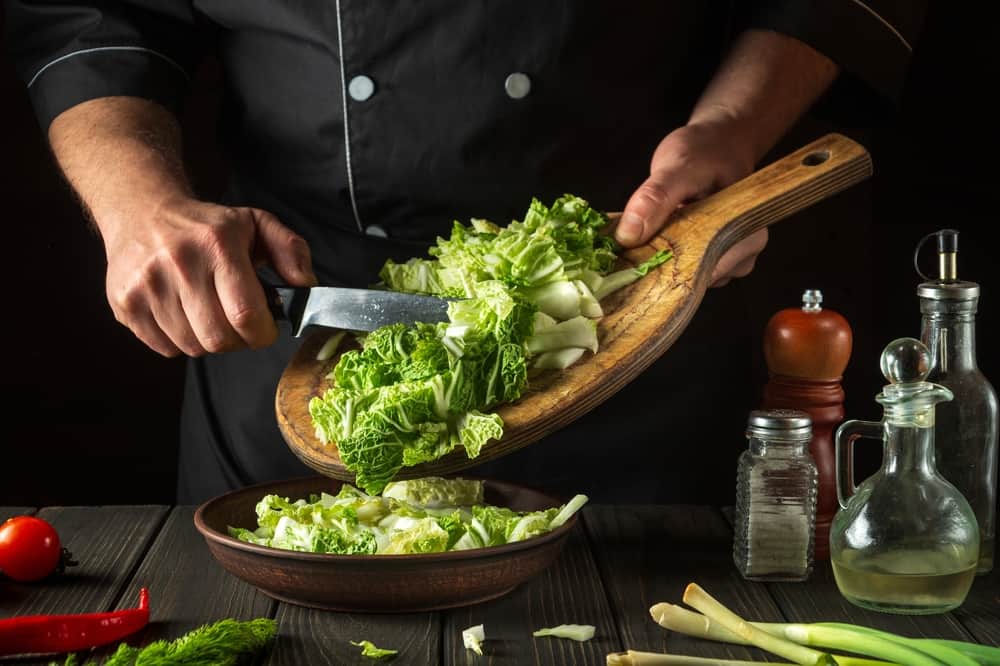 Cabbage is as popular as it is because it’s healthy.

Like many other vegetables, cabbage comes packed with different nutrients.

It has a good amount of Vitamin C, Vitamin K, and fiber in it.

Because it has a good amount of fiber in it, cabbage is also great for digestive health.

Cabbage comes from the same vegetable family as broccoli and Brussels sprouts.

Both those vegetables are also known for their high fiber content.

Because they’re healthy, cabbages tend to come with higher prices.

Part of that is because people tend to believe that healthier products are naturally more expensive.

Cabbage is expensive because it’s healthy. 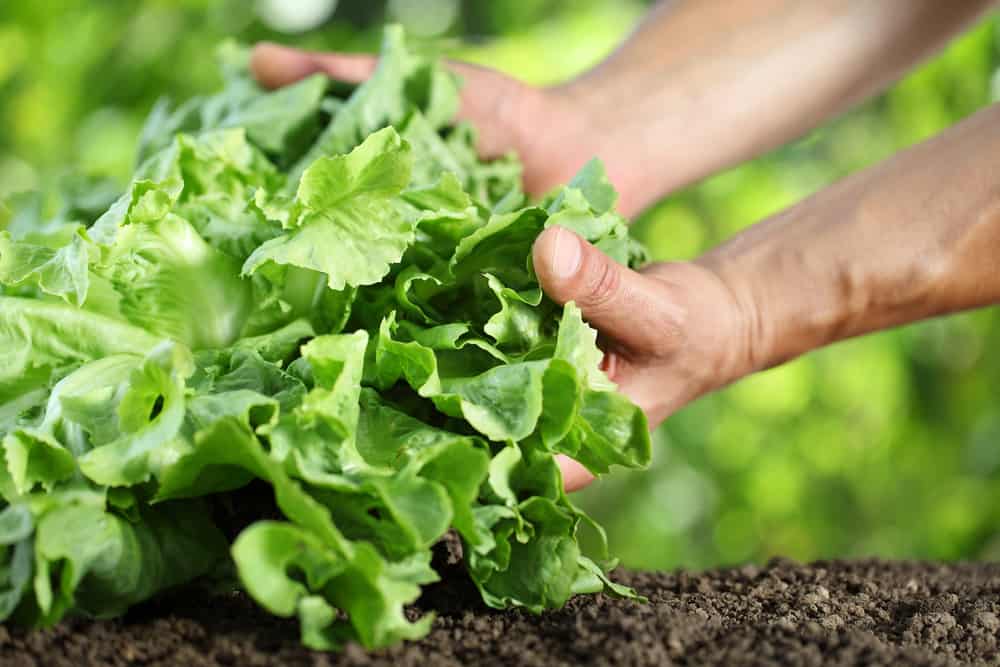 There’s another problem in the farming world that’s affecting the price of cabbage.

A lettuce shortage has prompted restaurants and other people to replace lettuce with cabbage.

Both lettuce and cabbage are quite similar.

Even their flavor is similar.

Because they’re similar, restaurants believed cabbage was a natural replacement for lettuce.

Lettuce is suffering from some of the same issues that cabbage is with farming.

Since there isn’t enough to go around, cabbage is suddenly in even more demand than usual.

Since cabbage is also suffering from shortages, it’s only making the problem worse.

With less cabbage available due to the lettuce shortage, the price of cabbage is higher.

Cabbage is expensive because of the lettuce shortage. 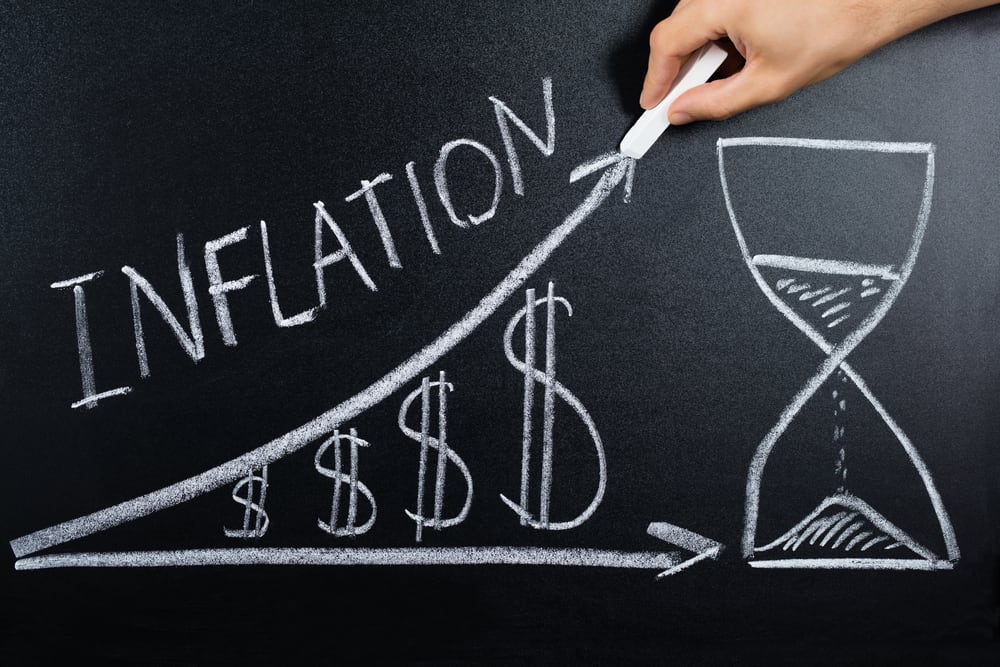 A final reason cabbage is expensive is inflation.

Inflation is the primary factor behind most of the higher prices we are seeing in stores today.

With those higher costs, farmers have no choice but to sell their cabbages at higher prices.

Cabbage is expensive because of inflation.

However, costs associated with farming and problems with the environment have increased the price of cabbage.

Why Is Cabbage So Expensive? (10 Reasons)