You are here: Home / The Cold Spotlight / Why Is A Bathroom Called A John? (Explained) 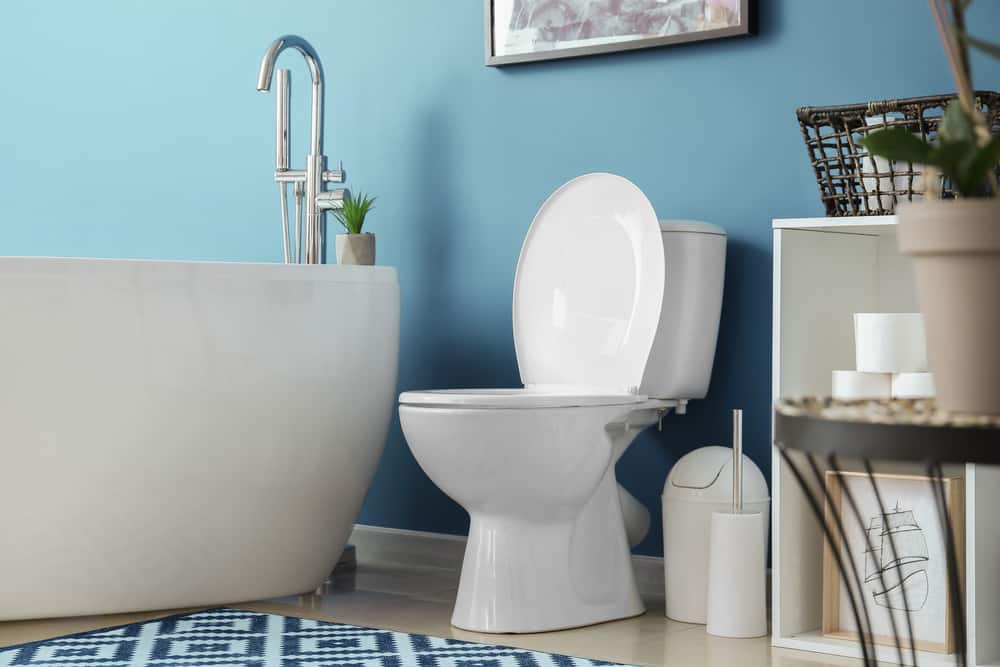 While you may call the bathroom a bathroom, others might call it a water closet or a john.

If you’ve never heard anyone call the bathroom a john before, then you may wonder why they called it a john.

Here’s what you need to know about bathrooms and why sometimes people call it a john.

Why Is A Bathroom Called A John? 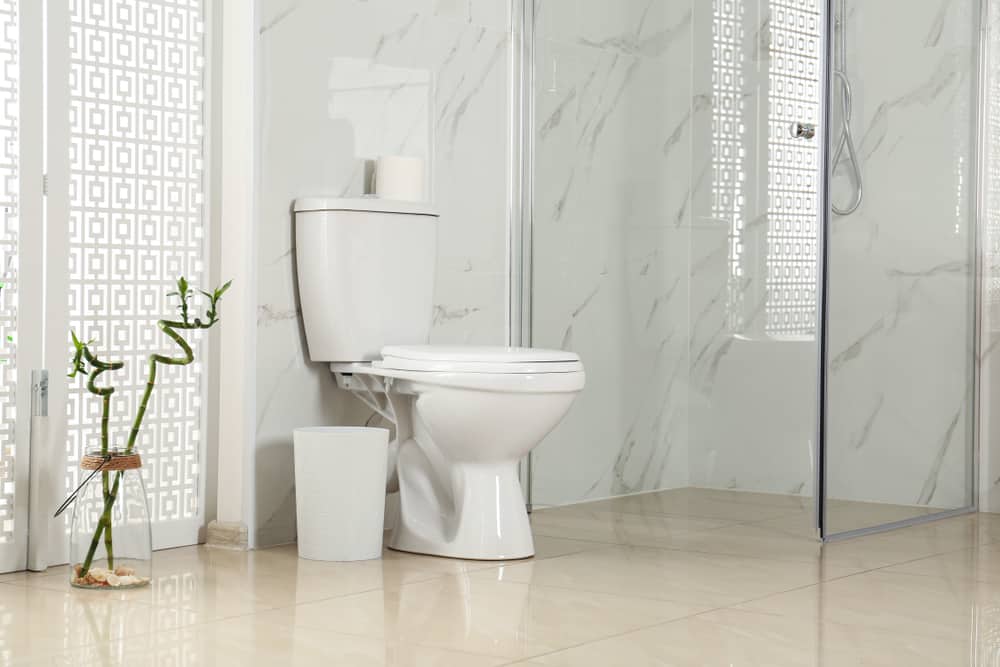 There are two main reasons many people call a bathroom the john.

The first is that the name “John” is an archetype of the name “Jack” or “Jake.”

When toilets started to replace holes and chamber pots, some people called the toilet a Jake or a Jack.

That’s simply because Jack and Jake were common names.

Eventually, the names Jack and Jake would often replace the name, John.

It became popular to refer to a toilet as a John.

The second reason has to do with the invention of the flushing toilet.

John Harrington was a poet and inventor.

He lived during Queen Elizabeth the 1st’s reign.

He came up with the idea of creating a toilet that was capable of flushing itself.

This would push the waste further down the pipe and away from homes.

The idea was quite exciting since people weren’t exactly in love with their homes smelling like a bathroom all the time.

Harrington would eventually go on to install such a toilet in Queen Elizabeth’s chambers.

He also built one for himself.

While they weren’t as successful as anyone hoped, the idea alone made Harrington famous along with his poetry.

His name, John, arguably became linked with the idea of a flushing toilet.

Today, some people continue to call a bathroom a john.

Either way, the bathroom has gone on since to collect quite a few names to describe it.

Why Are Some Toilets Called Jakes? 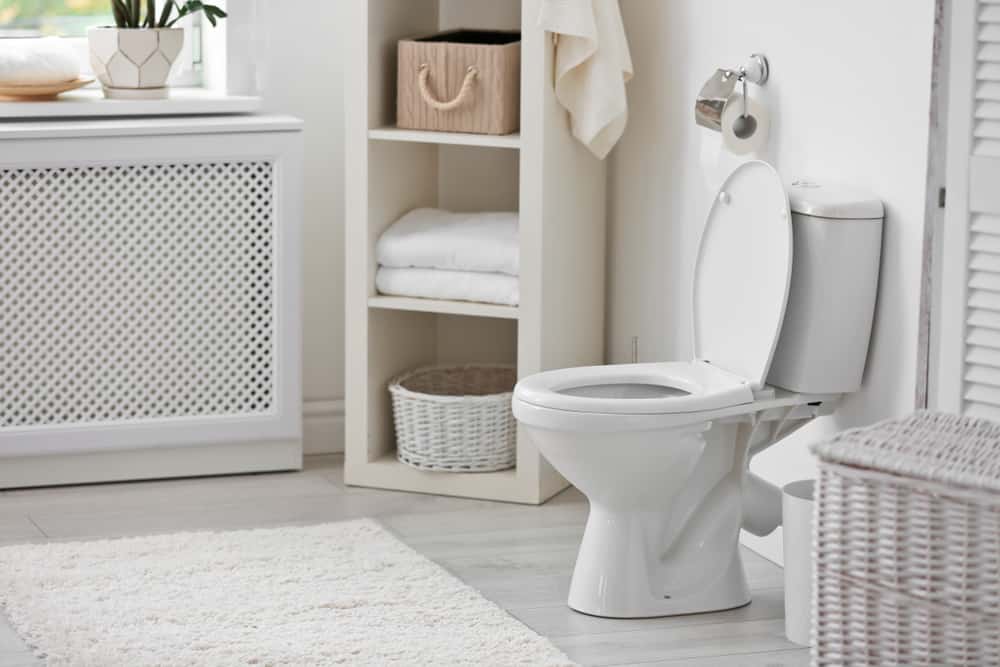 Although most people call toilets a john, you may still hear a few references to it as a jake.

That’s because Jake was the original nickname for a toilet.

Back in the 1500s in England, a common term to describe rednecks, hillbillies, or hicks was Jake.

They were uncouth, uneducated, and often without manners.

Not only was it a slightly less embarrassing way to say you were heading to the bathroom, but it also associated bodily waste with hicks. 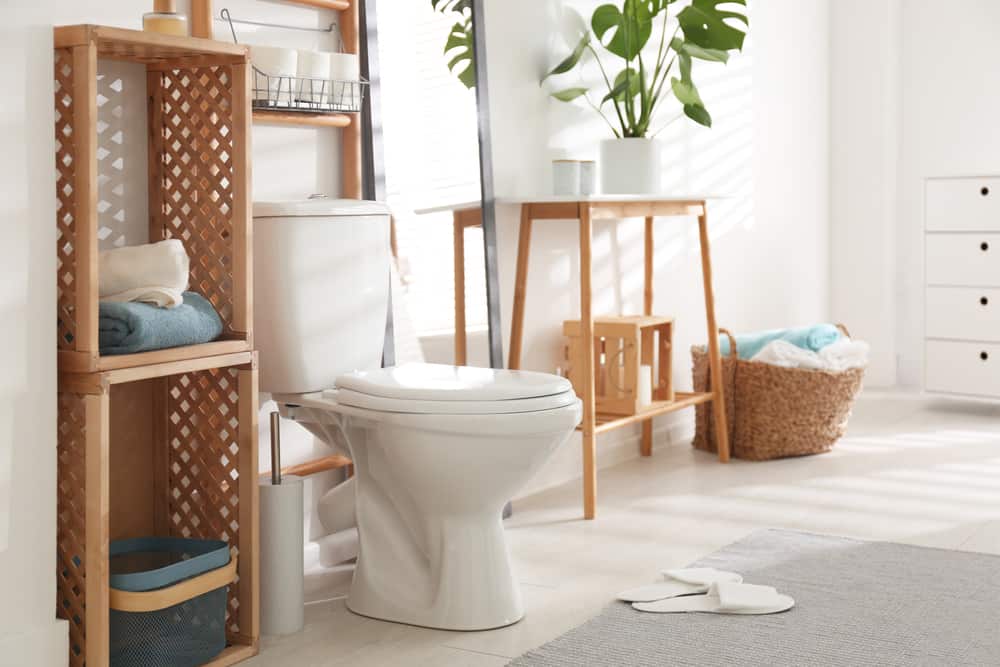 While John may be one of the more popular slang terms for a toilet, there are several out there.

Here are some of the most popular slang terms for a toilet or bathroom. 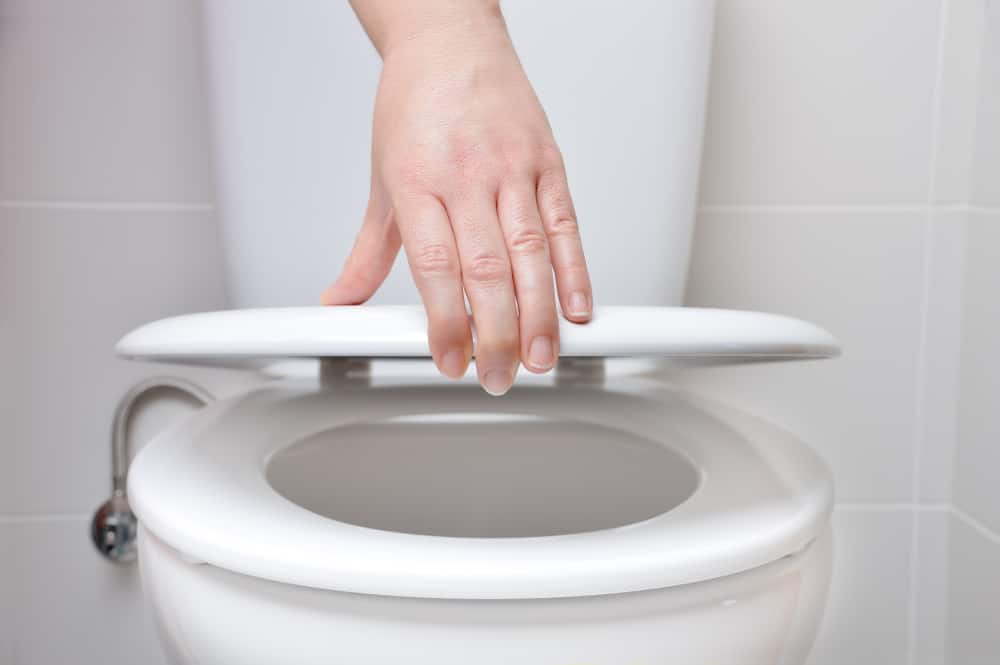 A popular term for the bathroom is the bog.

The bog is short for the bog house.

People used to call the restroom a bog because “to bog” often meant defecating.

It’s a rather crude way to get the point across to someone who asks you.

Some might also call the bathroom a bog because bogs usually consist of foul-smelling muck.

Considering that many toilets were still outside or in communal areas in the late 1700s, they likely became infested with flies, too.

Whenever it became hot outside, the bathroom would certainly be humid, too.

A bog refers to a bathroom because of how smelly and unpleasant it can be. 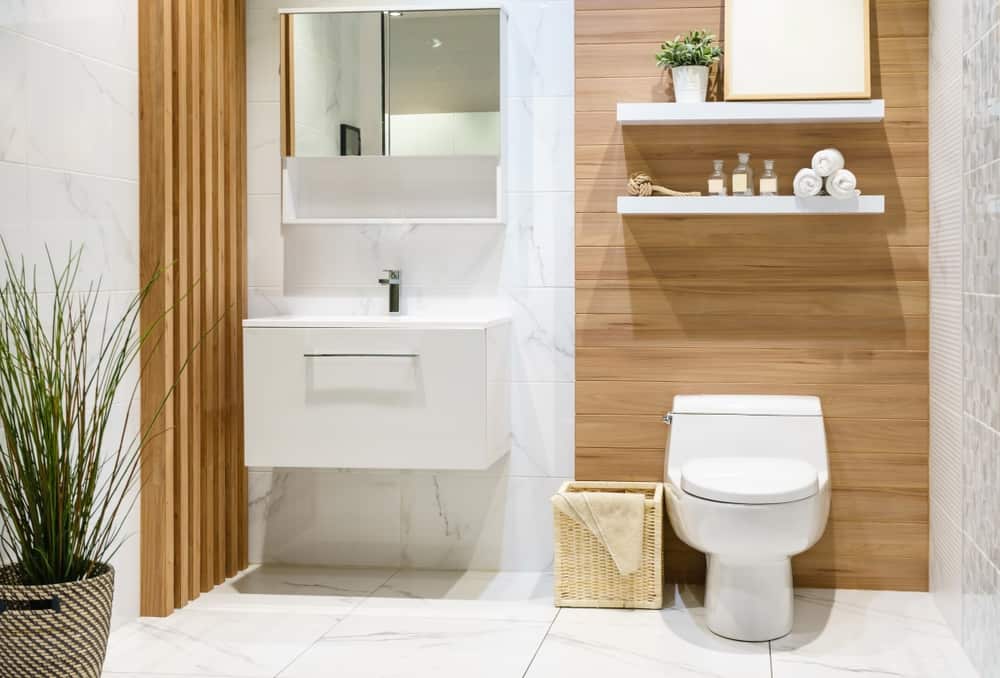 You’ll often see the initials “WC” in European countries that mark a bathroom.

If you ever look at blueprints for a home, then you might also see the initials for the bathrooms as “WC.”

These initials stand for water closet.

A water closet is a popular way to refer to a bathroom.

It got its name because of its location.

When modern plumbing started to become more popular, people found themselves needing a place to put it.

They ended up choosing a closet that they remodeled to fit the toilet.

Since this was often the only place that also had indoor water, because of the plumbing, it became known as the water closet.

The popularity of the term spread quickly, and its shortened version “WC” is still in use in many countries.

You may not hear people call the bathroom a water closet anymore, but you can definitely still find its initials in many places. 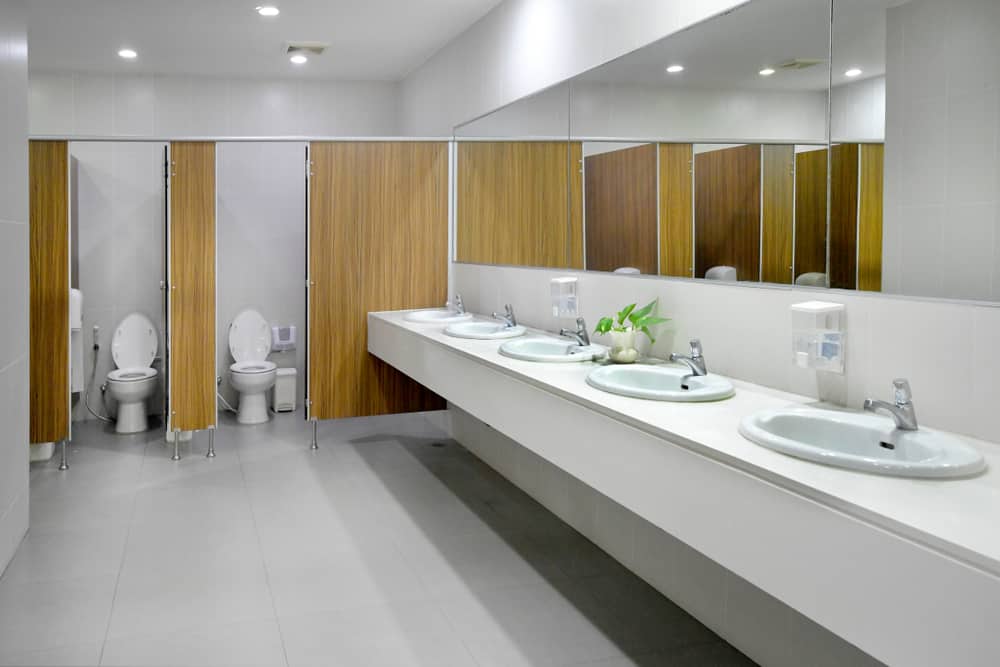 In response to people calling bathrooms water closets, they also started to call the bathroom a comfort room.

This term is primarily used in the Philippines and its surrounding area.

They sometimes call a bathroom a comfort room because people essentially go there to relieve themselves.

They feel far more comfortable after using the bathroom.

Additionally, as bathrooms became more advanced and offered more luxuries like sinks and mirrors, it also gives them a chance to use the bathroom for further comfort.

For example, people can now use bathrooms to freshen up.

That might mean reapplying some makeup or simply washing their face.

It might mean taking a breather before you rejoin your friends.

Bathrooms in many places often have soft music playing in them.

The atmosphere is usually comfortable in aesthetic or even luxurious.

The idea is to make those who use the bathroom as comfortable as possible.

As such, that’s why some countries call it a comfort room.

Like with water closets, you might see the initials “CR” to mark the location of a bathroom. 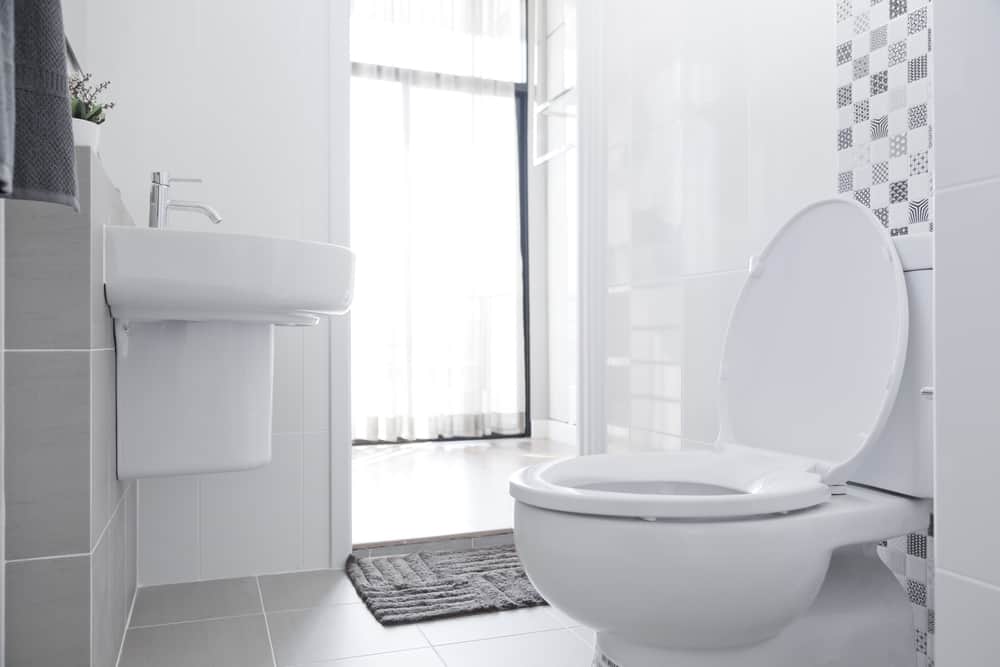 Another popular term for a bathroom is the crapper.

Some might think that the word crap predated the toilet, but that may not be the case.

Thomas Crapper & Co. Ltd. was a company that manufactured toilets.

While Crapper didn’t invent the toilet, he did introduce some important inventions like the u-bend.

Because of that, many people started to buy his company’s toilets.

Since it was so popular, the name became associated with toilets and going to the bathroom.

People started to say they were going to the Crapper.

They were referring both to the toilet, itself, and its brand name.

It’s not unlike when people say they’re going to buy a Hoover.

They sometimes mean that they’re going to buy a vacuum and not necessarily the specific Hoover brand.

It’s just that the name became so closely associated with the product, that it took on a meaning of its own.

It has since taken on a new meaning since the word “crap” came out of “Crapper” and means something quite different than a toilet. 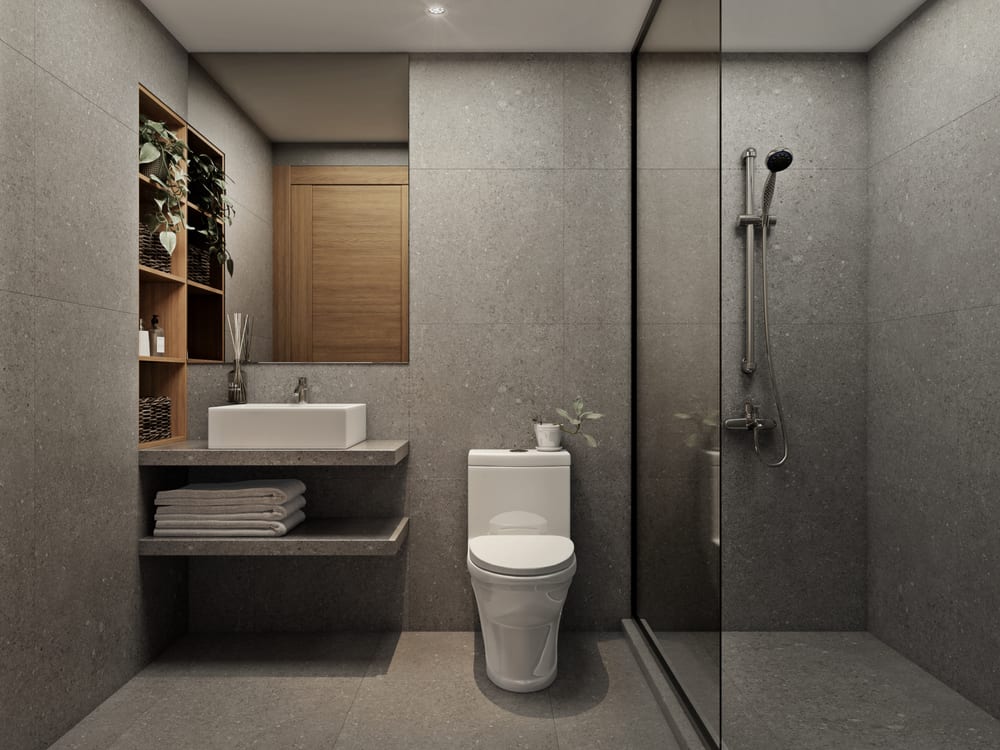 In Australia, they sometimes call a toilet a dunny.

Since Australians were primarily English, they brought the word over with them.

Then they shortened it to the dunny.

You may hear some Australians say that they’re going to the dunny when they’re headed to the bathroom.

They essentially mean that they’re headed to the dung house. 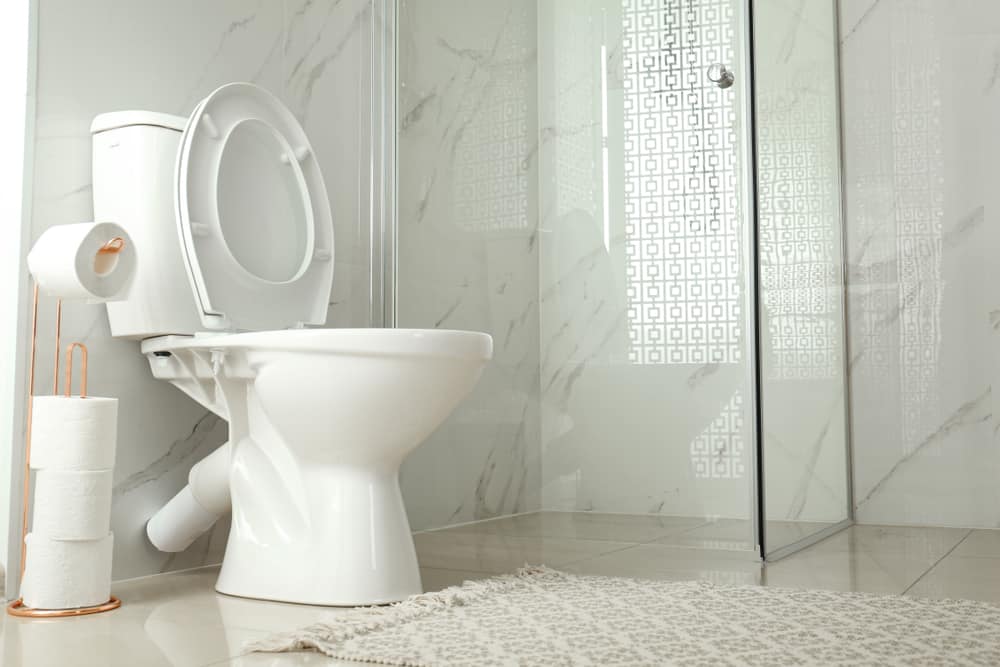 Now and then, you might hear someone refer to the toilet or bathroom as the head.

They might say that they’re going to hit the head, for example.

Others might say that they’re going to visit the head.

This name comes from the naval community.

Back before there was plumbing on ships, the only place to go to the bathroom was at the front of the ship.

This area, also called the bow, was often referred to as the head of the ship.

The reason the architects put the toilets at the front of the ship was so that the water would wash the waste away.

If the toilet was at the back of the ship, then the water wouldn’t be able to wash it off.

It’s only at the front of the ship where most of the waves crash against the ship with tremendous force.

It ensured that it removed the waste and kept the area as clean as possible.

Sailors and naval passengers would then go on to refer to the toilet as the head when they were on land.

The nickname caught on and others started using it, too.

Today, you may hear some people refer to the bathroom as the head. 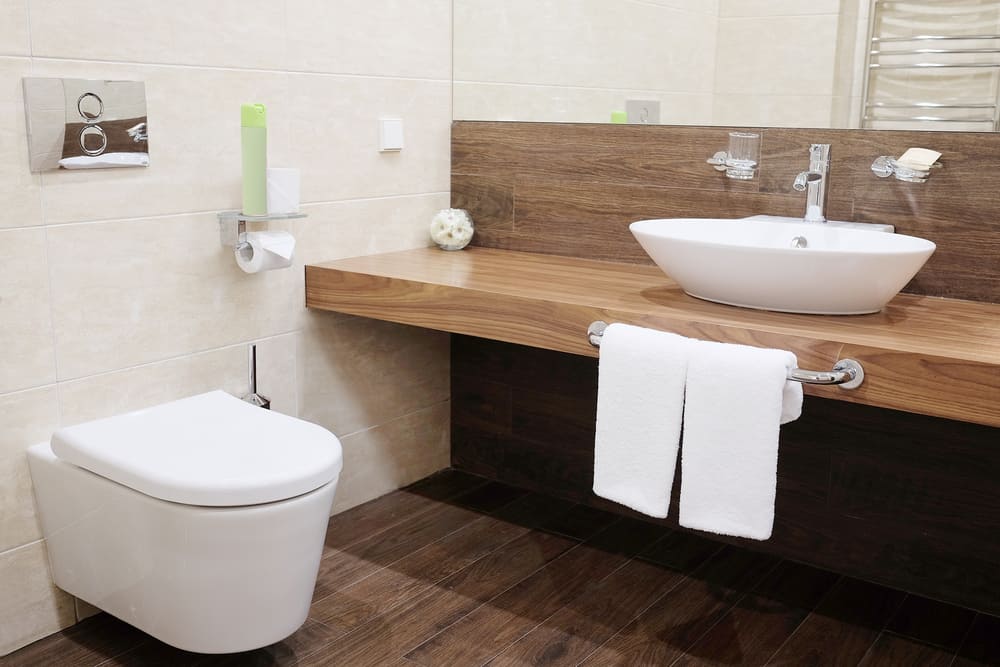 You’ll rarely hear anyone call a bathroom a house of office today, but it was a term that was somewhat popular in the 17th century.

One of the reasons they gave this nickname to a bathroom is that it refers to the amount of time that someone spends in the bathroom.

If someone became constipated, then they’d end up spending a lot of time in the bathroom in the hopes of clearing their bowels.

Some might start to jokingly refer to the bathroom as an office because one is spending a lot of time there.

Since the outhouse or bathroom is in the person’s home, it becomes their home office.

Another reason also has to do with constipation.

When constipated, it can be difficult to relieve oneself.

There may be a lot of work and straining involved.

Since you’re working, some refer to it as an office. 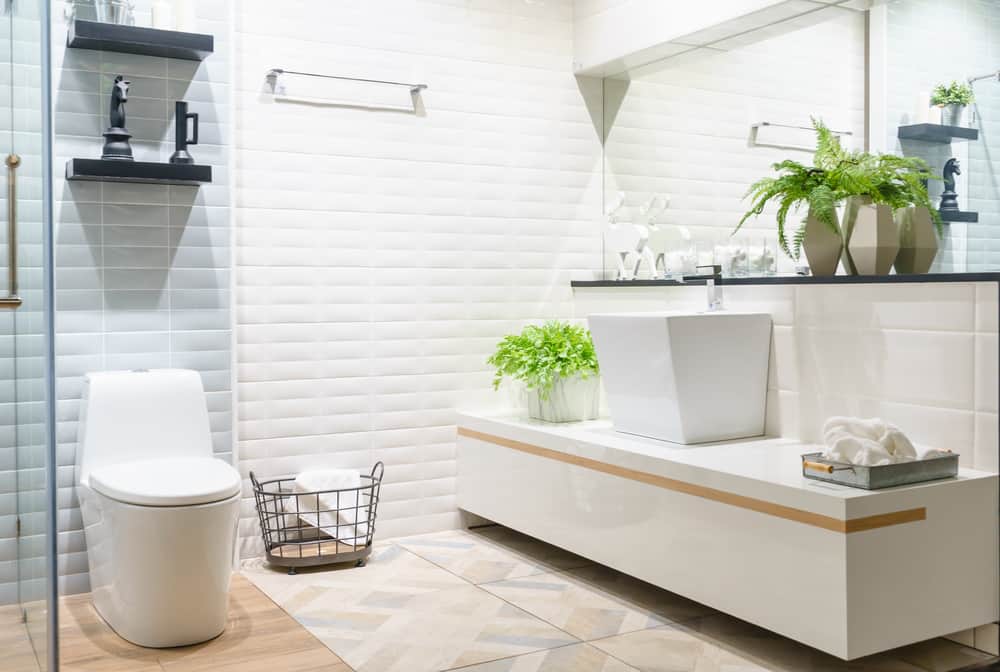 If you’re in the military or spend time with people from the military, you may hear them refer to a bathroom as a latrine.

The roots of the word are earlier than that, however.

Latrine gets its origins from the Latin word “lavare.”

They then changed it to the word “lavatrina.”

That was too long though, and they shortened it to “latrina.”

The French then got hold of the word and changed it again to “latrine.”

Today, the word “latrine” tends to come from military personnel.

They refer to any area where they dispose of human waste as latrines.

As punishment, they might even order a soldier to dig a hole to act as a latrine.

As such, they use the word to refer to an area to use as a bathroom.

Outside of the military, many use it to simply refer to a toilet or a bathroom.

They might say, for example, that they’re going to the latrine.

The bathroom has had many nicknames associated with it over the years.

While some of those nicknames have faded in popularity with time, one remains quite popular.

Why Is A Bathroom Called A John? (Explained)