You are here: Home / The Cold Spotlight / Why Do Seals Slap Their Bellies? (Everything To Know) 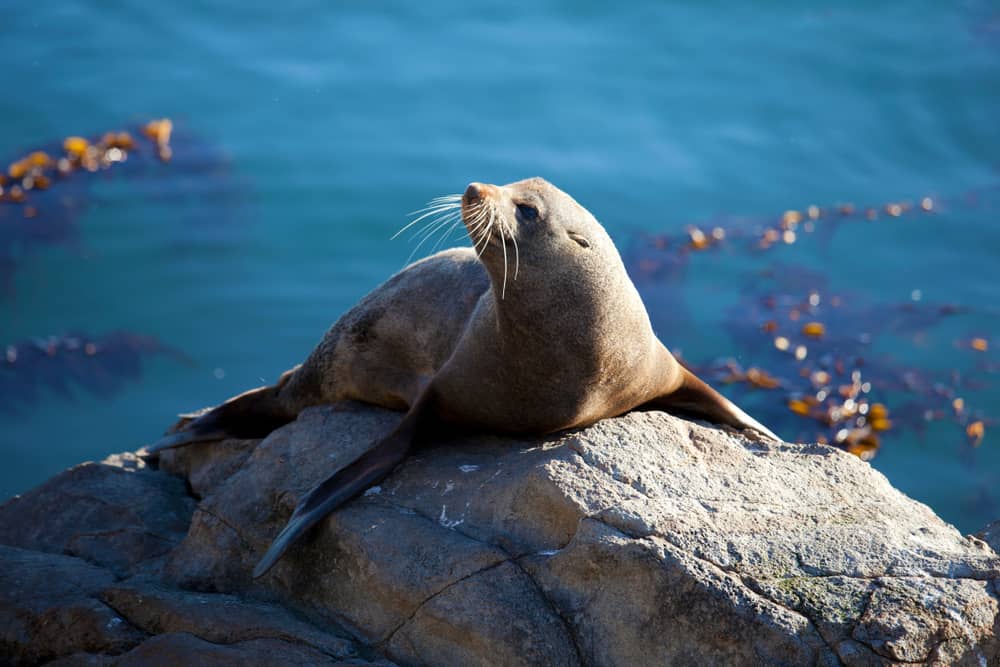 If you’ve ever seen a video of a seal slapping its belly and thought it was cute, you’d be right.

After all, how can a seal be anything but cute?

The shock factor of this is that the reason they slap their bellies is anything but cute.

There are several reasons, and their survival and that of those around them hinges on them doing this “cute” thing.

Why Do Seals Slap Their Bellies? 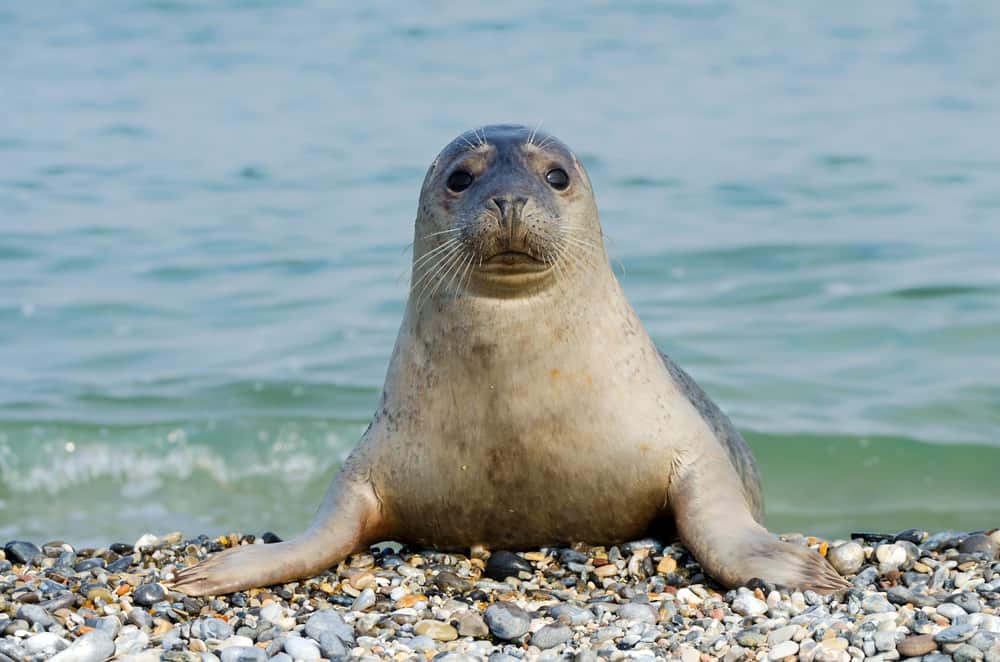 According to scientists, seals slap their bellies to warn other seals.

This means there are trespassing seals that may want to steal their mates or even harm them.

Some seals are aggressive and kill other seals just like any other species.

They have their hierarchy and their tribal system.

They do what they have to do to survive and slapping bellies is a way to get a message across.

Some see this as a sort of Donskoi warning dance like Sumo Wrestlers perform.

It’s a way of saying, “Hey, I’m a friendly, loving, cute, and fluffy animal, but if you threaten my family, my mate, and friends, then I’m capable of giving you a real problem, so step off!”

They use their bodies very cleverly to convey many messages to one another.

They will also body slam themselves without injury to send a message of aggression.

This is usually the bulls, the male seals that want to steal a mate that’s taken or protect the ones he has.

Can A Seal Get Aggressive Toward Humans? 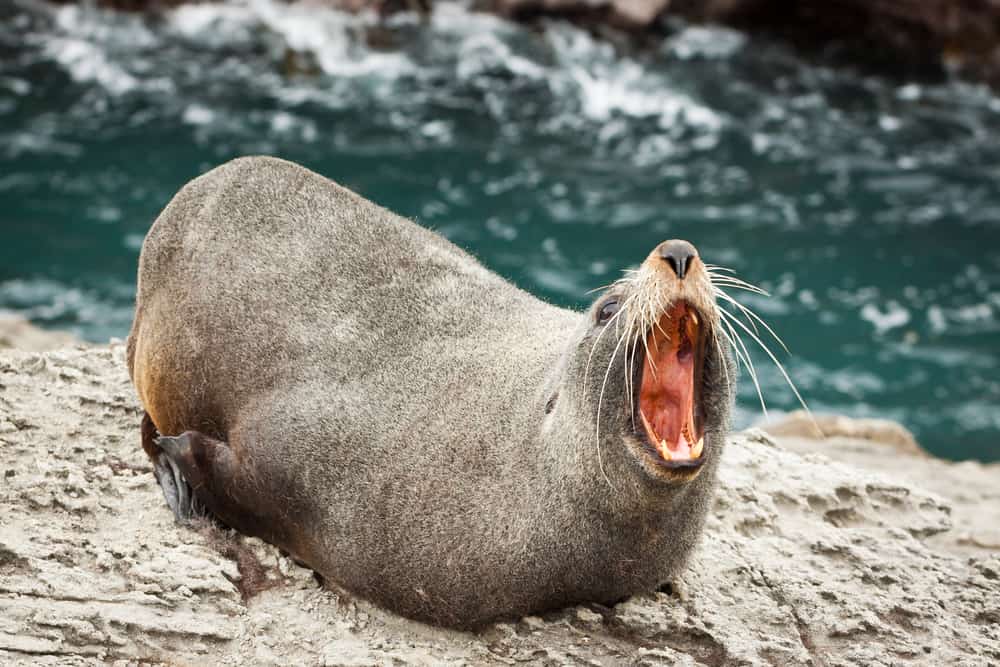 Yes, seals can and will become aggressive with humans under certain circumstances.

The first thing to remember is not to be so human when you’re around cute, wild animals.

What does that mean?

The Harp seal was very endangered because of the wanton horror regarding the purchase of their fur.

We hate to think that there’s a mean or angry bone in their bodies, but if there weren’t, they wouldn’t survive for long, as with any species.

However, don’t mistake kindness for weakness, and don’t treat them in a human way.

How Do I Prevent Seals From Attacking Me As A Tourist? 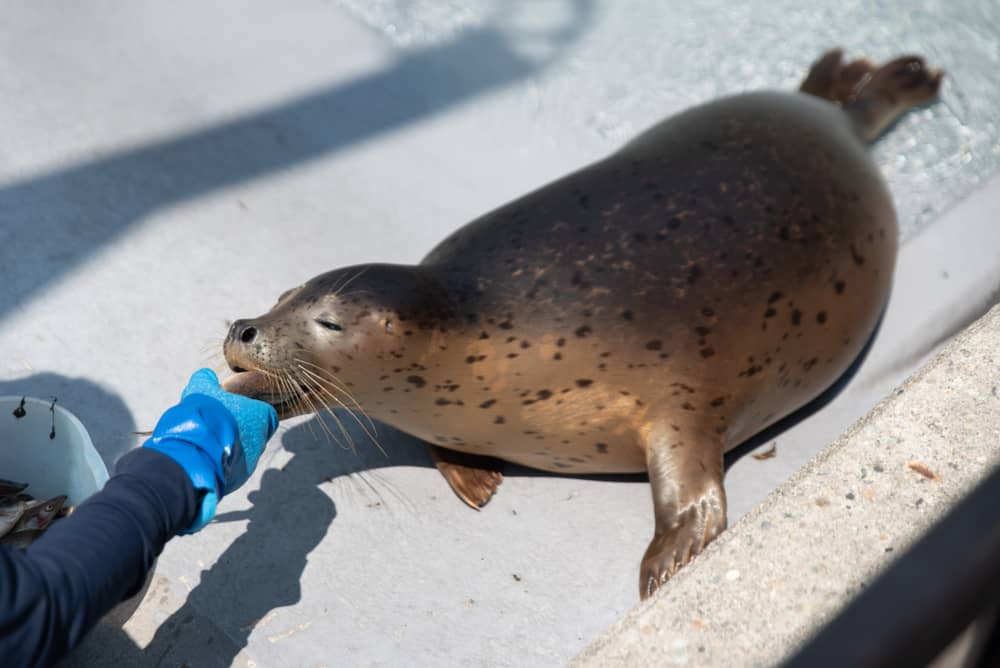 There are few places where you could get yourself in trouble with the seal community unless you’re an honorary penguin and live close to the seal neighborhood.

However, there are those people who love that kind of travel, and we can’t blame them.

It’s so exciting and good for the soul to be around the animal kingdom in their own habitat, so here’s what to do.

First, animals, including the domesticated versions like dogs, do not like to lose the space they have.

To us, it’s love and affection.

To be safe and to respect them, we have to put ourselves in their shoes, or in this case, flippers, and see things the way they do.

If you corner them, you deserve what you get. It’s not the seal’s fault.

This can be a serious thing for wild animals because some species are killed when they attack a human, even if the human did something to unwittingly provoke the animal.

We don’t see that with seals, but it’s good to know.

The next thing to understand is where the hunting areas are.

Most times, you can’t go see the seals that closely without being on a tour of some kind, so it’s pretty secure.

However, for those who may find themselves on a privately paid safari, then steering clear from their hunting areas would be a good idea.

In fact, know when the mating season is for that particular species and habitat.

Seals and other animals are very aggressive when there’s love in the air and strangers are around.

Another sensitive area would be the pups.

Yes, the babies are called pups, and they are the most huggable animals ever.

However, if you want to walk away alive or at least without injury, we suggest not putting the squeeze on our little friends because mama is never far, and daddy gets involved, too.

They both may put the squeeze on you! You should take a picture. 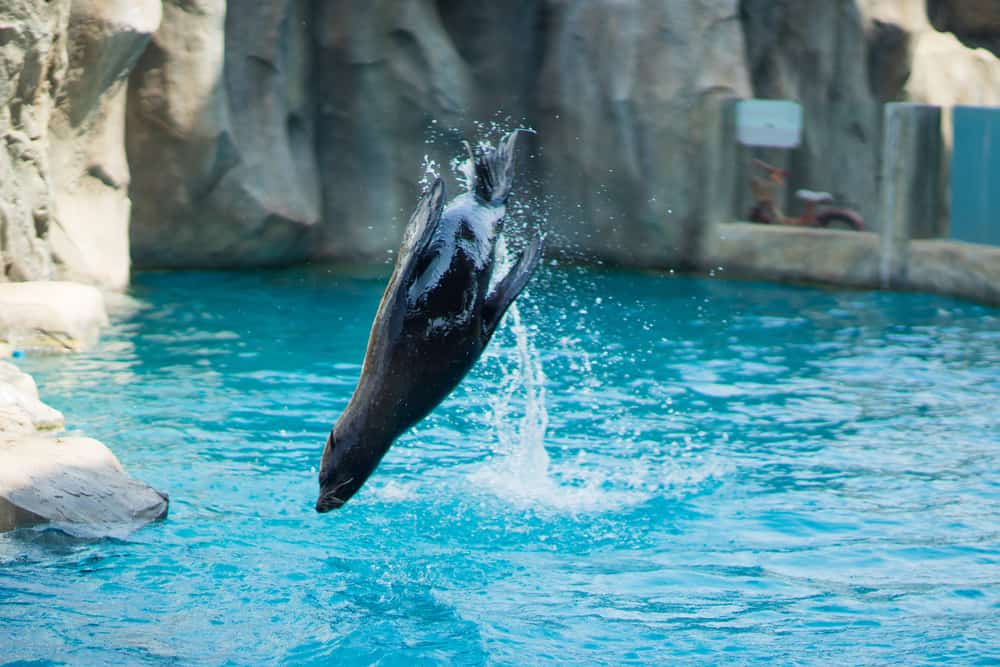 Yes, seals are highly intelligent, and they have emotional intelligence as well.

They will be curious and interact closely with humans.

They have a sharp intuition and know who is safe and who can pose danger to them.

However, back in the day, seal hunters could get close to them because they hunted very young seals.

They can also save other small animals from drowning and have been reported as having done so.

Can Seals Be Tamed? 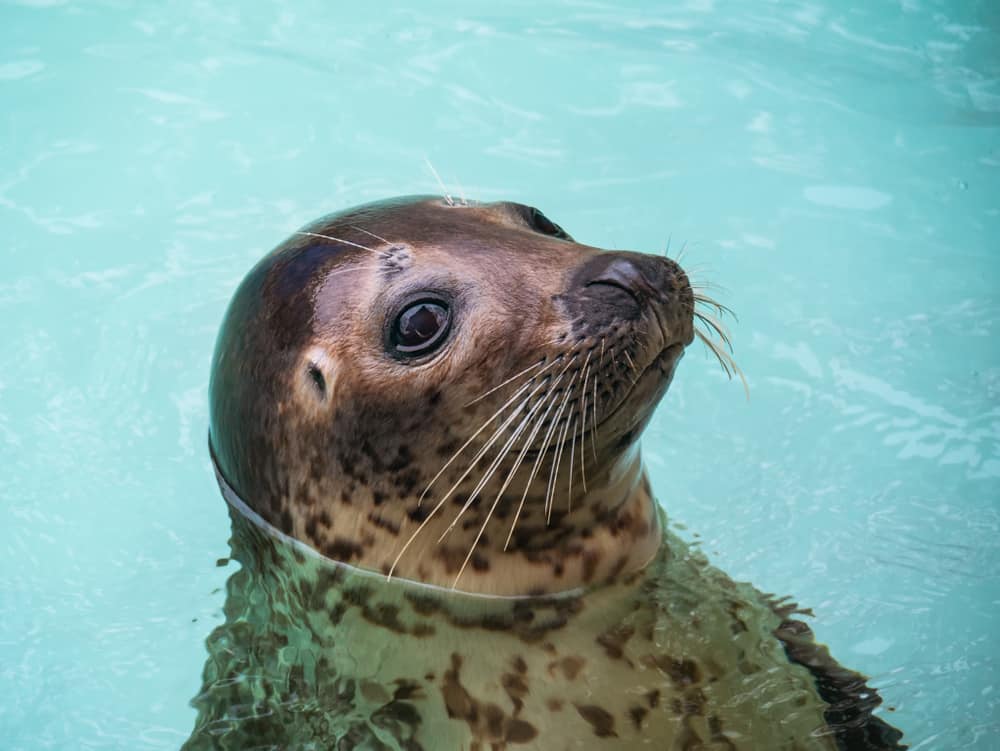 Yes, they can be tamed.

It’s important to know that.

There’s a lot of effort that goes into it, and they are nothing like your dog.

Dogs have been domesticated over time, but not seals.

A lot of time, energy, and tons of affection will do it.

We can’t say how long the process would take.

Do Whales Use Slapping to Communicate, Too? 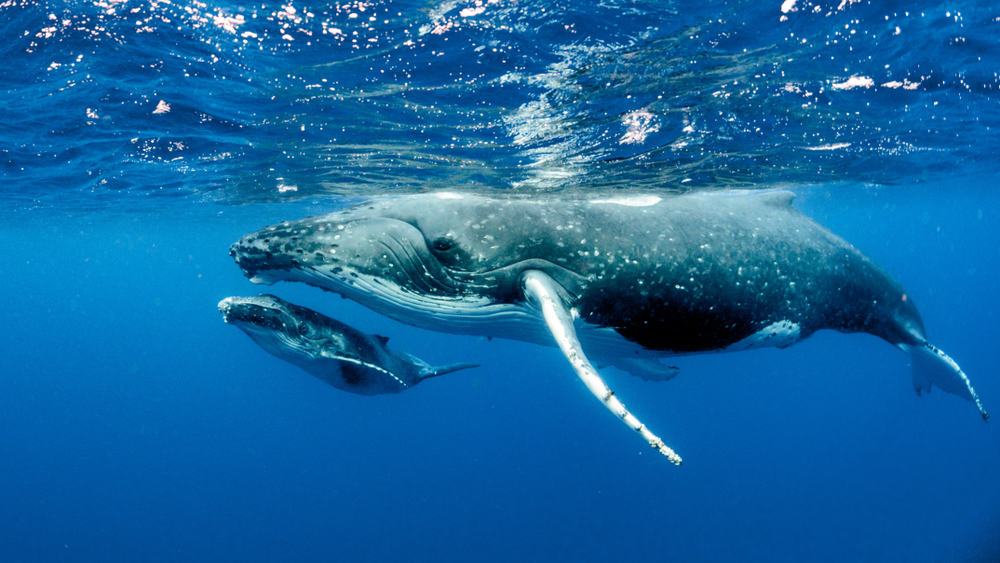 Yes, whales will use slapping as a communication technique.

However, they don’t and can’t slap their bellies.

They slap the water with their entire bodies.

It’s a beautiful thing to see a whale breach the surface of the water.

I think we, as humans, believe they do it to allow us to see their beauty and majestic size.

In reality, it’s an incredible show of communication and a spiritual experience all at once.

The vision of them is softness with great power, but the shockwave they send out into the oceans, coupled with the whale songs, is simply communication with fellow whales miles away.

If you get a chance to just sit and listen to a recording of them, you’ll risk excessive relaxation. 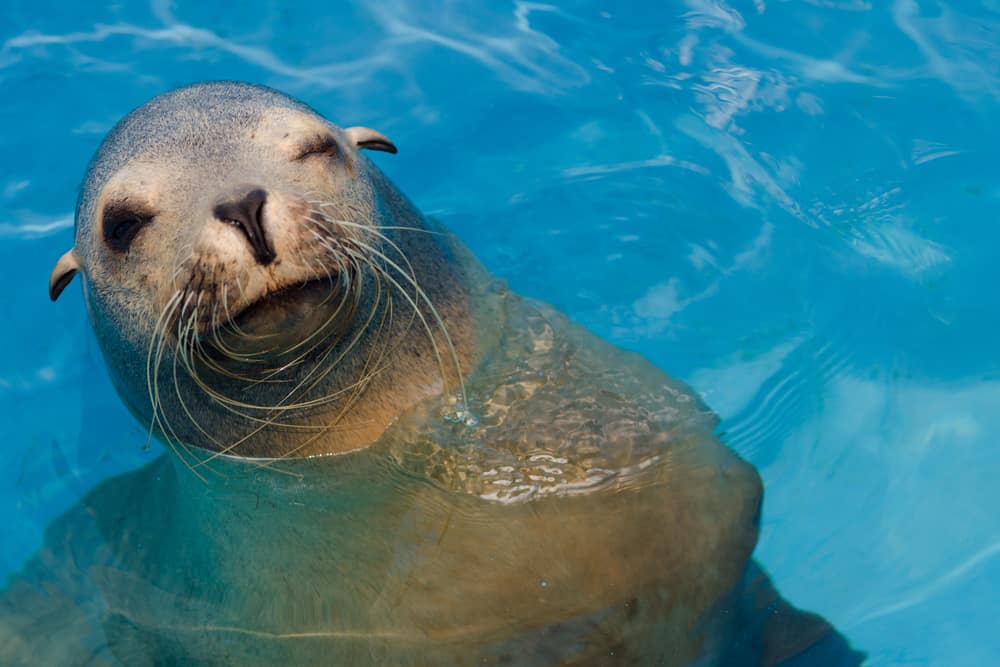 How Do Seals Recognize And Bond With Their Pups? 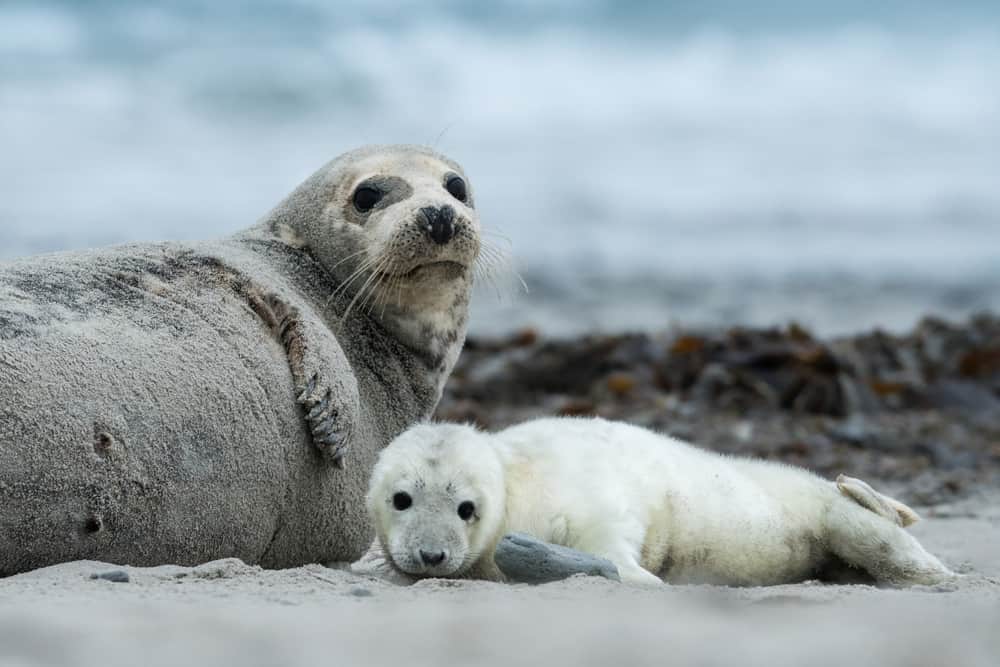 The life of a mother seal and her pup is a mystical and biological wonder to watch.

It seems that the mother recognizes the call of her pup after only a few days.

This is the fascinating part.

If they’re born in a place that is more population-dense or the species have pups that move more than others, then the call will be very specific.

It’s like nature knows how to fine-tune their bodies and instincts to fit the situation and secure their safety.

Are All Seals Saltwater Animals? 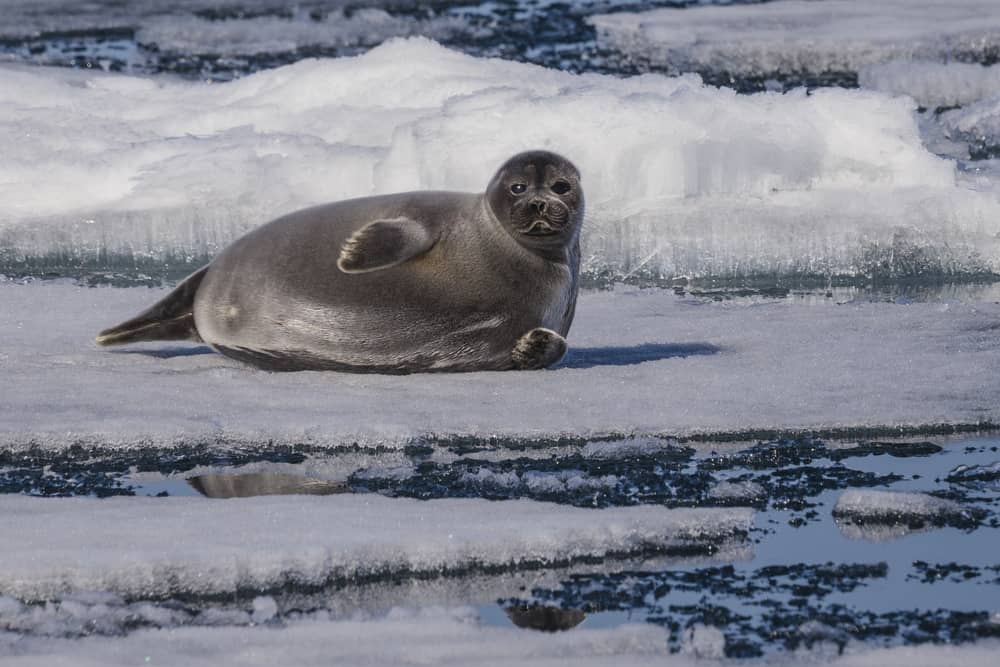 No, not all seals are made for saltwater.

There is, however, only one known pinniped seal that is made for and lives in freshwater, and that is the small Baikal seal.

They live in one of the coldest places on Earth: Siberia, the Russian icy tundra.

According to scientists, this is the deepest, oldest, and coldest lake on Earth.

This seal represents something very important for scientific study.

The Baikal seal represents the transition between the land and the sea.

In other words, they got their start in water—this water—and never really left.

How Much Does A Seal Eat Per Day? 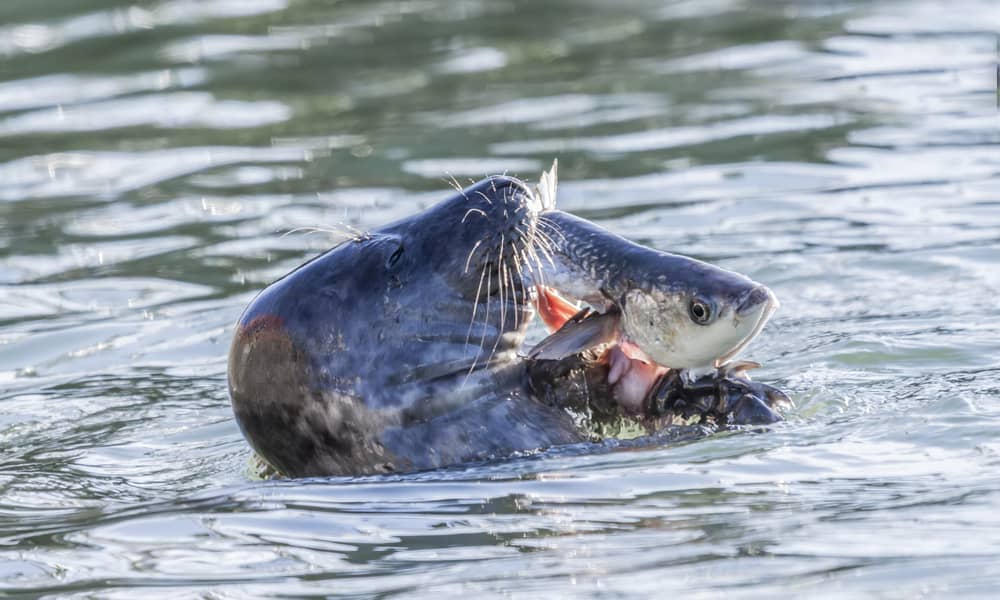 A seal can eat more than ten pounds of food per day.

That’s a lot of fish!

They eat fish and various crustaceans all day long.

They have quite a bit of choice.

They have a dive capacity that’s pretty fierce.

They can drop their temperature by three degrees in their brains and dive deeper and longer as well as change depths at a moment’s notice.

This makes them formidable hunters.

They catch surface-level fish like salmon and dive for baby squid, octopuses, and bottom feeders like shrimp.

That’s top to bottom of the murky depths.

That’s a lot of talent and determination.

They do it all by themselves with no teamwork needed from fellow seals.

As gentle as they look, they offer many other seafaring creatures competition for the food supply.

They can outwit and outswim predators as well, so catching them for a feast takes more than pure brawn.

It takes a large mouth like a shark or a quick ambush.

Seals are an endangered species, but they are finding their bipedal human friends helping in many ways by putting them on endangered and protected lists.

They offer us so many quirky habits and rituals (like belly slapping) to study.

The more we learn about the seal, the better we can understand our environment.

The seal (along with other important creatures) is actually responsible for keeping the balance in the food chain.

It’s a delicate balance, and that’s why there’s such a scramble to protect them and the oceans from bad handling.

Luckily, they breed well, and they can live and thrive in a variety of environments.

As long as there is a food supply that is suitable for them and they can hunt and reproduce, the seal will continue.

Some of their habitats are changing along with climate change, which some scientists have said is their biggest threat, and it’s up to those who have the power to study ways to help the seal adapt to new environments.

Why Do Seals Slap Their Bellies? (Everything To Know)