You are here: Home / The Cold Spotlight / Why Are STIHL Chainsaws So Expensive? (10 Reasons) 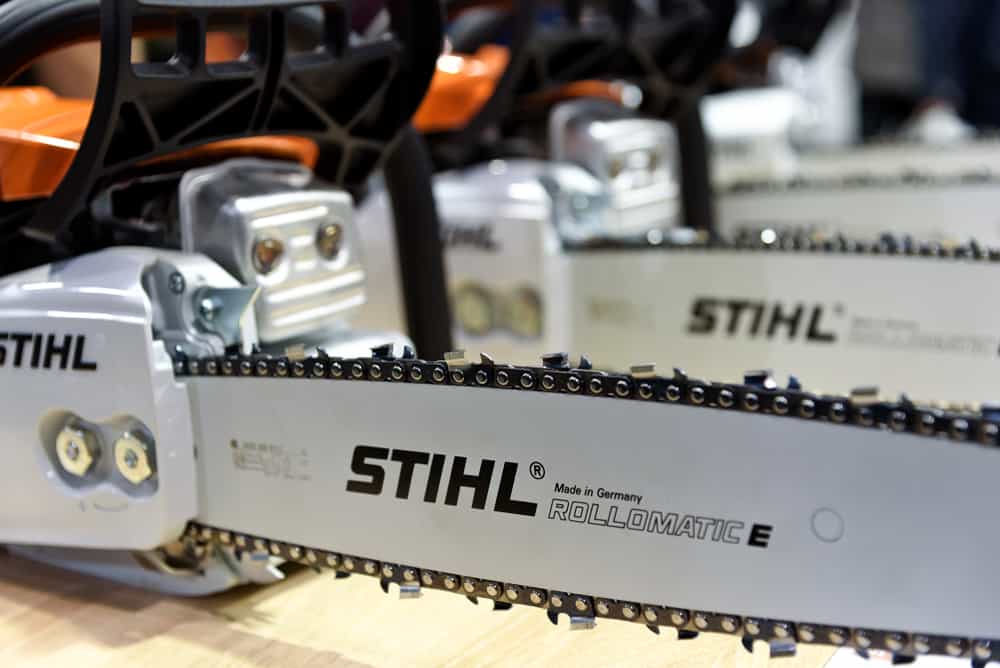 When you need reliable power tools used primarily for the outdoors, one of the best choices is STIHL.

STIHL is a manufacturing company based in Germany that produces tools like chainsaws, blowers, and trimmers.

If you need a good chainsaw, STIHL may be one of the brands you’re considering buying from.

However, the high price of their chainsaws might be making you second-guess your decision.

You may wonder why STIHL’s chainsaws are so expensive.

Why Are STIHL Chainsaws So Expensive? (10 Reasons) 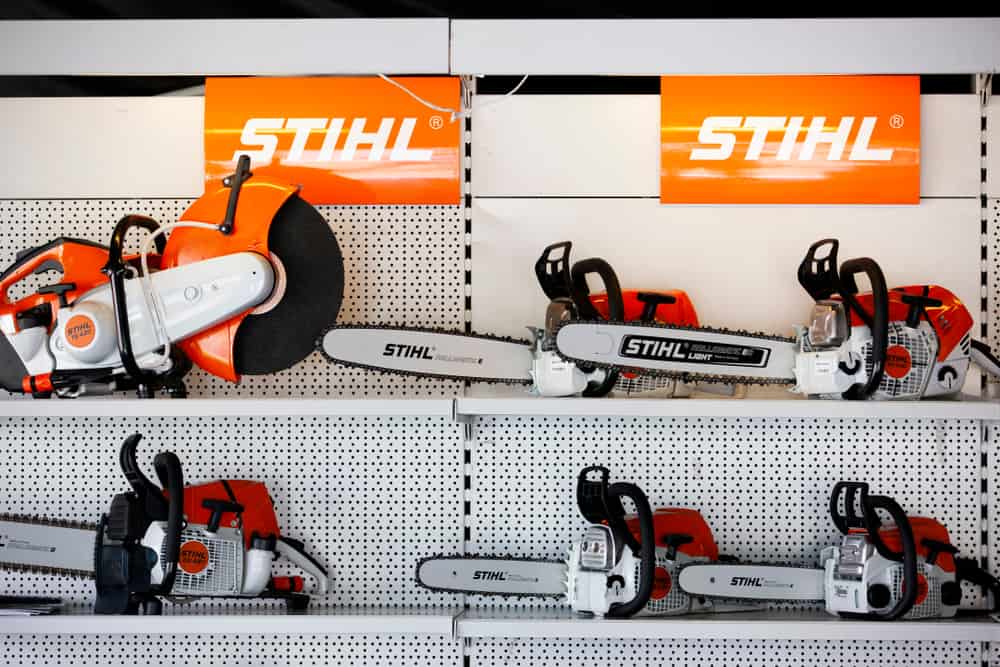 However, more expensive saws can cost $1,000 and above.

Certain factors, like the quality of the chainsaw, its features, and its warranty make STIHL chainsaws quite expensive. 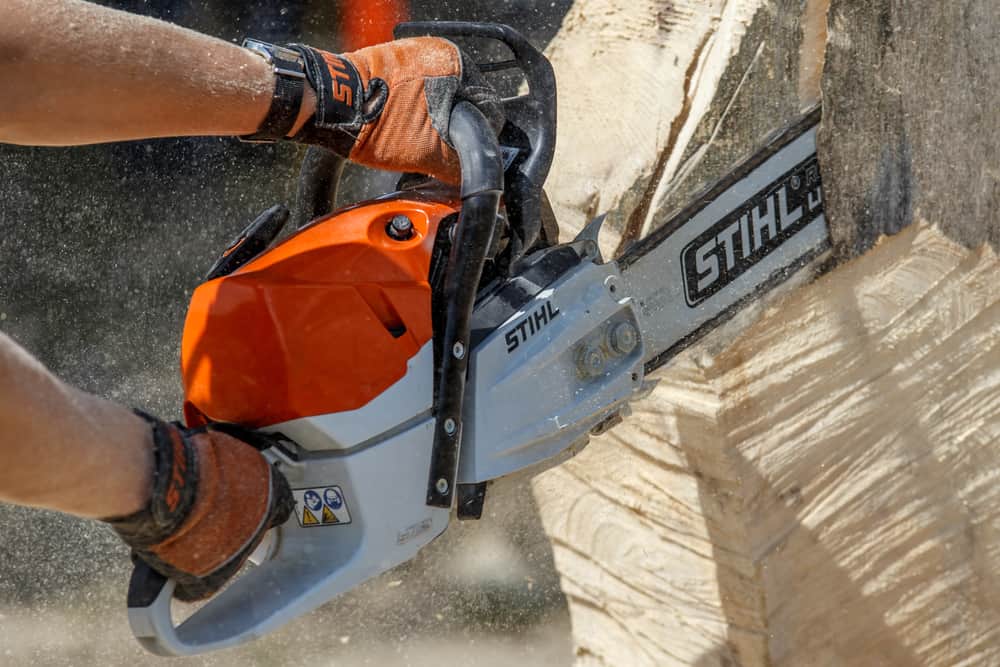 Perhaps one of the biggest reasons that STIHL has expensive chainsaws is that the company makes premium-quality products.

STIHL has built a reputation for making top-tier products.

When you buy a STIHL chainsaw, you’re expecting to buy one of the best chainsaws on the market.

The unfortunate aspect of buying premium products is that they come at expensive prices.

The company invests heavily in its materials and processes to create a product that few other companies can copy.

STIHL also set the standard for what a premium chainsaw should be.

When someone asks what top-tier chainsaw should they buy, most of the time, people will say, “STIHL.”

If you want the best in chainsaws, you’re going to have to pay their kind of prices.

STIHL chainsaws are expensive because they make premium-quality chainsaws. 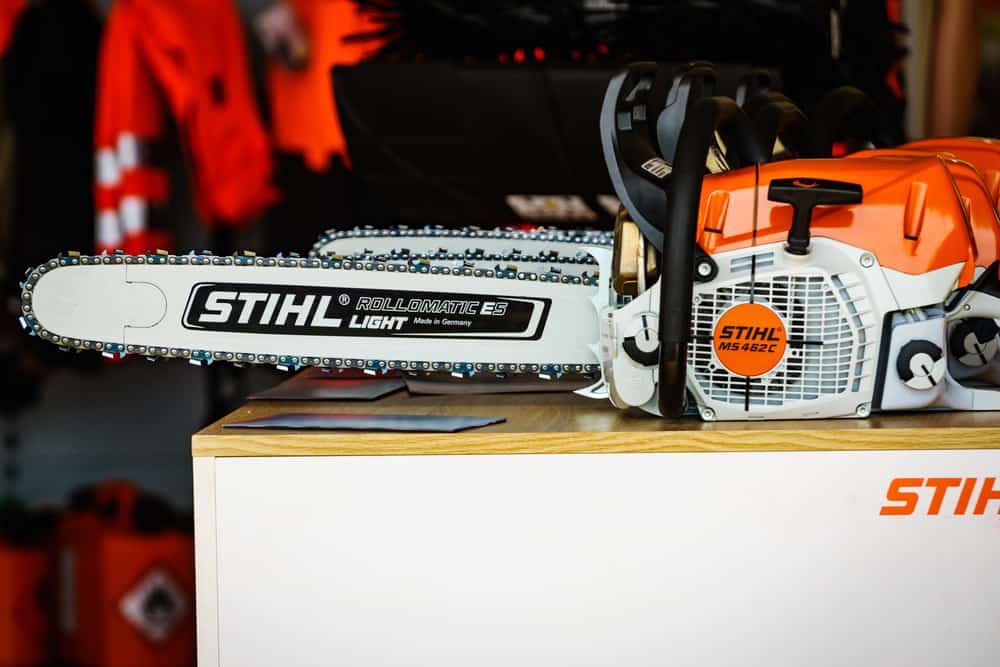 One of the factors that will impact how expensive your STIHL chainsaw becomes is whether it’s battery-powered or gas-powered.

That’s because a battery-powered STIHL chainsaw is a bit more complicated to make.

Since the build is a bit more complex and requires a few more parts, its production costs are higher.

To make up for those costs, STIHL has to put higher prices on its battery-powered chainsaws.

There’s also the fact that you’re going to eventually need to replace the battery.

While you can recharge the battery of your chainsaw during breaks and between jobs, eventually, the battery will die.

You’ll need a new battery to replace the original one.

That means you’re going to be paying more money to use your chainsaw over the years.

For one, you don’t have to worry about fueling it up all the time.

With a gas-powered chainsaw, you have to buy gas to fill it up and run it.

With your battery-powered chainsaw, you just plug it in and wait for it to charge.

Then you’re ready to go to work.

Battery-powered chainsaws also tend to be lighter which can make handling them a bit easier.

That sort of convenience also doesn’t come for free. 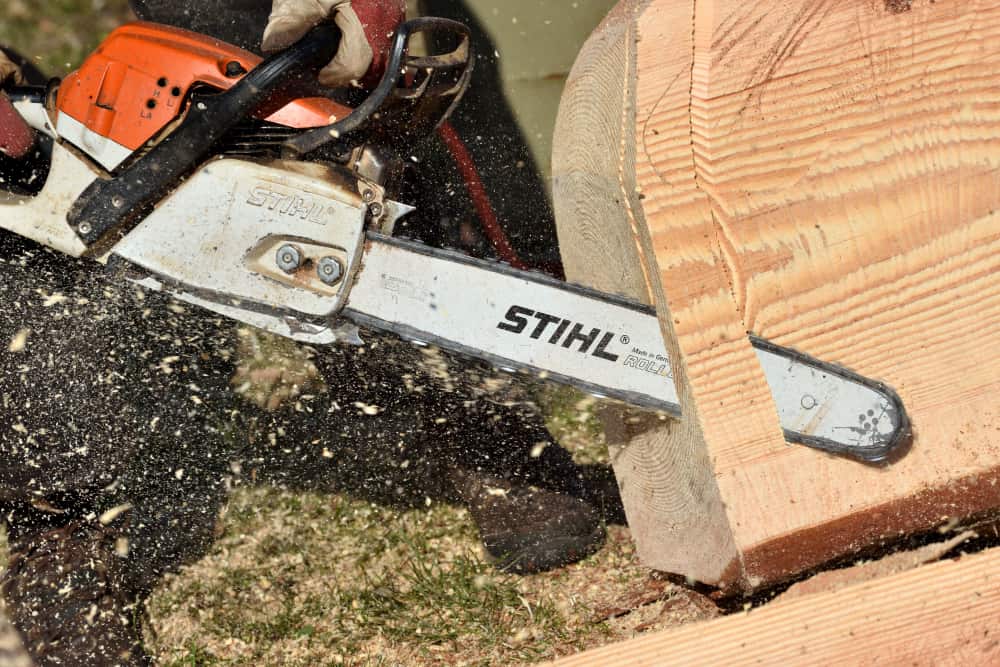 One of the reasons STIHL is expensive is that they primarily make their chainsaws for professionals.

While they do have a more affordable line for people at home, their bread and butter is making chainsaws for professionals.

Whether it’s foresters, rescue crews, or even farmers, they have chainsaws built specifically for certain fields.

Products made for professional use tend to be more expensive.

Since professionals rely on your tools to do their jobs, they’re expecting the best.

If your products break or don’t perform well, they’re not going to be that popular among professionals.

As such, to make products for professionals, you need to invest heavily in your materials and processes.

STIHL has a reputation for creating great products for professionals.

To maintain their reputation, they likely spend a good amount of money on their materials.

To offset those costs, they sell at higher prices.

Professionals also tend to have more spending power than homeowners.

Since STIHL is selling to a business, rather than an individual, they’re also able to sell at higher prices.

STIHL chainsaws are expensive when you buy their professional-grade products. 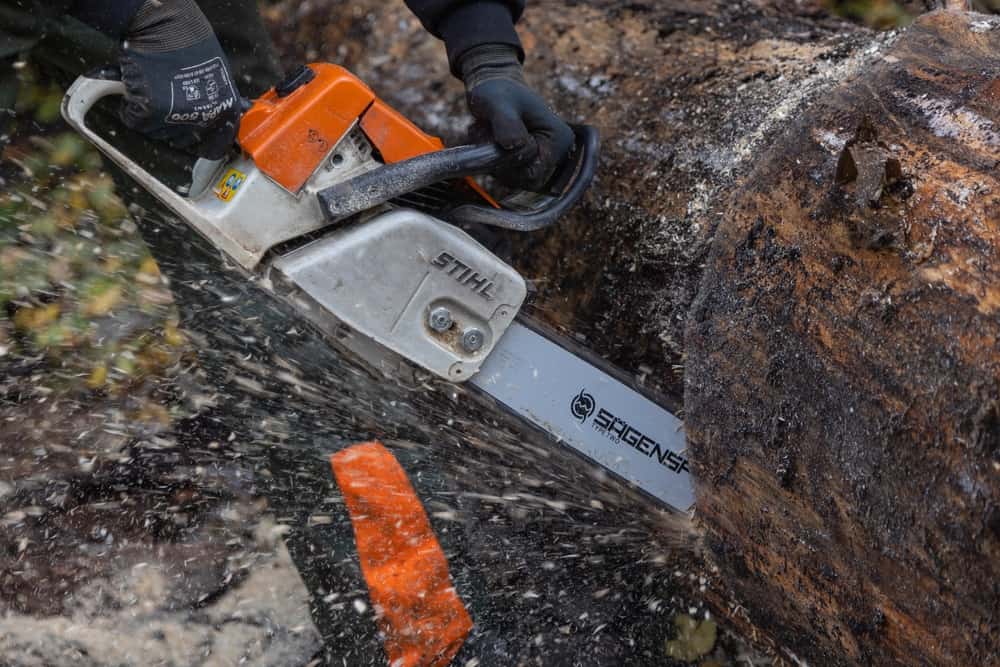 One of the niche products that STIHL produces is rescue saws.

These are saws that are specifically geared toward those in emergency services.

Firemen and rescue teams, in particular, are the ones who typically buy their rescue saws.

As just an average homeowner, you might find that their rescue saw is incredibly expensive.

That’s because this particular type of saw has a specific purpose.

The company spent time with actual rescue teams and listened to their wishes for an ideal rescue saw.

Then they made the best chainsaw that they could.

Their rescue saws feature quality work and an abundance of safety features.

If you want a high-quality chainsaw, you might consider a rescue saw, but you’d better be ready for an expensive price tag.

Because their rescue chainsaws have a very specific purpose, they’re able to sell them at higher prices.

STIHL knows that those who work in rescue are going to pay top dollar to receive a product that makes their job easier and safer.

For an average homeowner, a rescue chainsaw isn’t exactly appropriate.

STIHL is expensive because of its high-quality rescue saws. 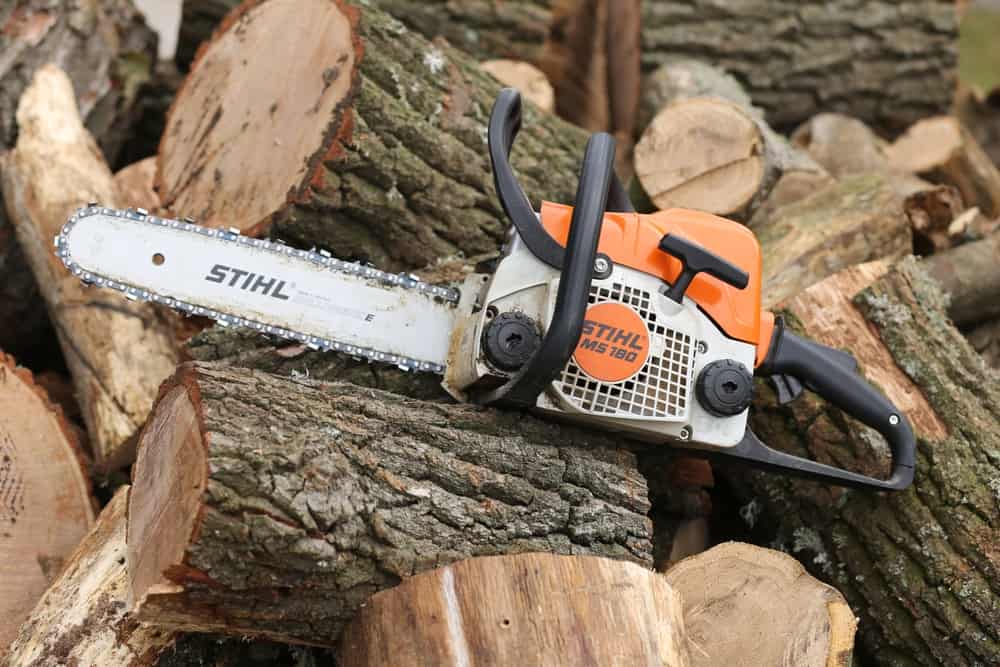 One aspect that sets STIHL apart from other chainsaw manufacturers is that they make high-quality engines.

Their gas-powered chainsaws usually feature two-stroke engines that pack a ton of power.

An engine in a fuel-powered chainsaw is important because it determines how well a chainsaw performs.

If the engine is too weak, the saw is not going to have a lot of cutting power.

It also determines the speed of the cut.

Professionals tend to want to cut quickly since it means they can get more done in a shorter amount of time.

The problem with high-quality engines is that they’re more expensive to make.

STIHL, in particular, also has focused on making engines that produce fewer emissions.

They’re trying to do their part in becoming more sustainable.

Since it’s costing them more money to make their enhanced engines, they’re going to sell at higher prices, too.

STIHL chainsaws are expensive because of their high-quality engines. 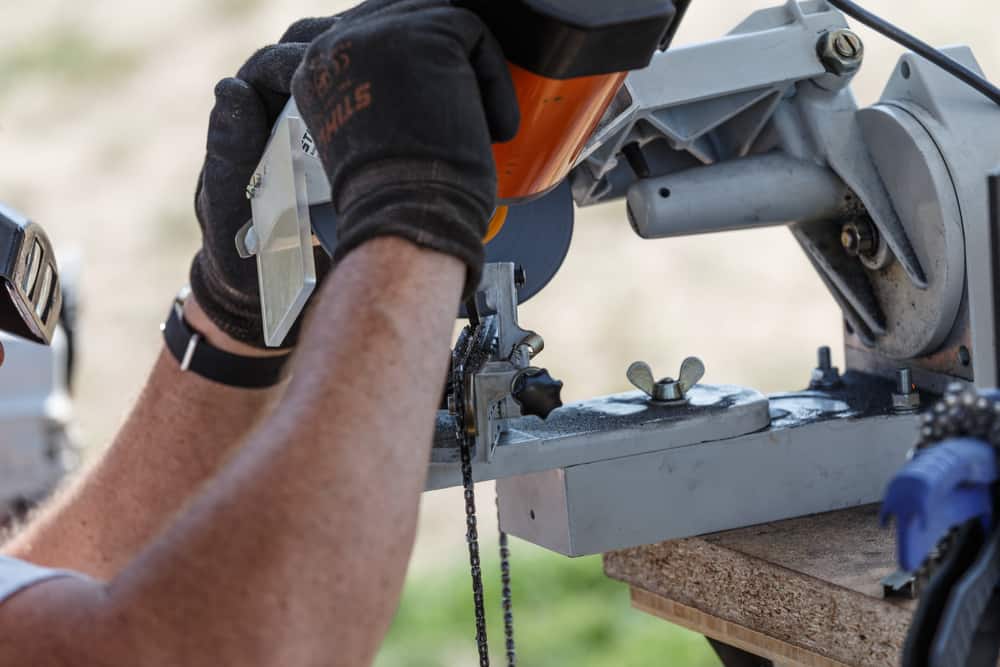 One of the best features of most STIHL chainsaws is that they offer easy and convenient maintenance.

That isn’t always the case when it comes to chainsaws.

With a STIHL chainsaw, they make it easy to remove the chain and replace it as needed.

You can also buy one of their filings to easily sharpen your chain, too.

STIHL chainsaws also have an air filter that works hard to keep itself clear.

It blows air to remove some of the larger pieces, so they don’t clog up the filter fast.

That means you have to replace or clean the filter less frequently.

With less maintenance time, you’re able to focus on just getting the job done.

That also makes owning STIHL chainsaws convenient for homeowners who may know nothing about chainsaw maintenance.

The less that you have to do, the easier it is to run and use it.

However, like all things convenient, you can expect it to cost a bit more.

STIHL invests in its chainsaws and adds features to them specifically to make them require less maintenance.

STIHL chainsaws are expensive because they offer convenient maintenance. 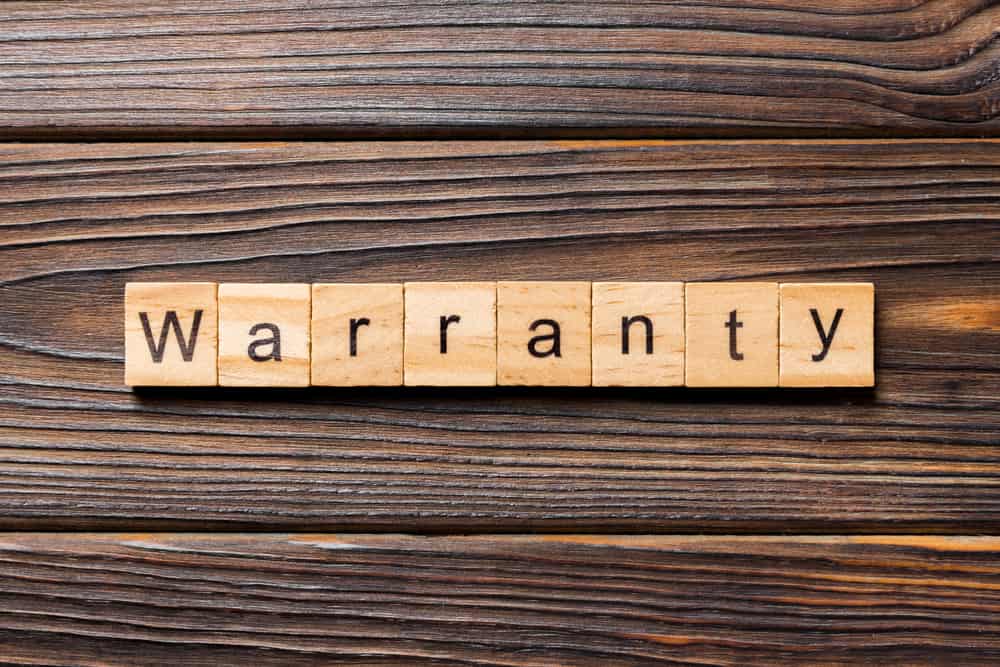 When it comes to power tools and tools like chainsaws, having a good warranty on them is important.

Chainsaws, in particular, see a lot of wear and tear.

They’re used in work that is quick to break them down.

Something might be wrong with a tree that ends up chewing into the chainsaw.

Whatever the problem, chainsaws don’t always have a long lifespan.

That’s where warranties can help protect your wallet.

If something goes wrong with the chainsaw while a warranty is active, you can usually have the problem fixed for free or with a reduced payment.

The problem with STIHL’s warranty is that it’s only a few months.

This is a problem for professionals that use their chainsaws a lot.

The warranty isn’t long enough for them to take advantage of it.

This usually means that professionals will have to pay for any repair services or replacements out of their own pocket.

STIHL chainsaws are expensive because their short warranties usually end up requiring you to pay for repair services on your own. 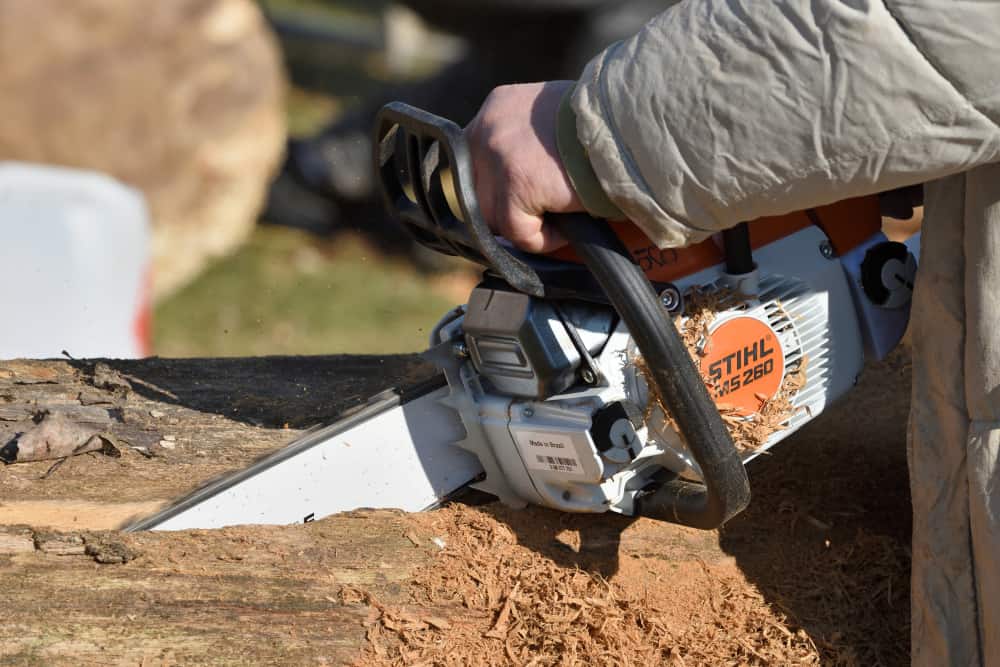 Another great feature of STIHL chainsaws is that some of their chainsaws use anti-vibration technology.

A problem that some foresters have is that the vibration of their chainsaws can cause fatigue.

It can even lead to arthritis.

Some foresty workers even end up developing grip strength problems later in life.

As such, reducing the vibrations caused by a chainsaw can help forestry workers protect their bodies longer.

STIHL spends a good amount of money on reducing the vibration of its chainsaws.

It increases their manufacturing costs, however, so it makes their chainsaws more expensive.

The benefit is that workers can use tools that cause less damage to their bodies.

STIHL chainsaws are expensive when they use anti-vibration technology. 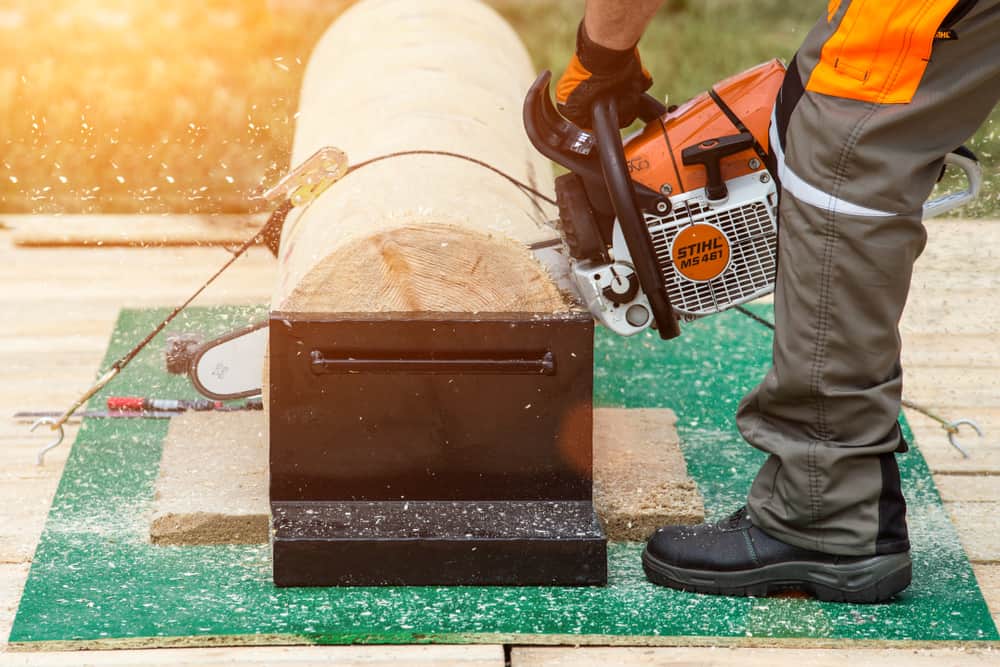 Another aspect that sets STIHL apart from other chainsaw companies is that they make durable chainsaws.

This is one of the key reasons professionals enjoy using STIHL chainsaws.

They know that, in most cases, they’re buying a chainsaw that’s going to last a long time.

At the very least, it’s going to last longer than the average lifespan of a chainsaw.

That sort of durability doesn’t come cheap, however.

They use high-quality materials to ensure their chainsaws last a long time.

Since it increases their production costs, they sell their chainsaws at higher prices.

A final reason that STIHL chainsaws are expensive is the brand name.

STIHL has made a name for itself by producing high-quality chainsaws for a range of different uses.

Since it got its start in Germany, it also has that reputation of European quality to go with it.

When you see the STIHL logo on a product, you can usually count on it being a premium product.

Without the STIHL logo, the chainsaw would probably be a bit cheaper.

STIHL chainsaws are expensive because of the STIHL brand name.

STIHL chainsaws are some of the best on the market.

However, because of their laser focus on producing premium chainsaws, the production costs, and thus the price, are higher.

Why Are STIHL Chainsaws So Expensive? (10 Reasons)