You are here: Home / The Cold Spotlight / Why Are Pringles So Expensive? (10 Reasons) 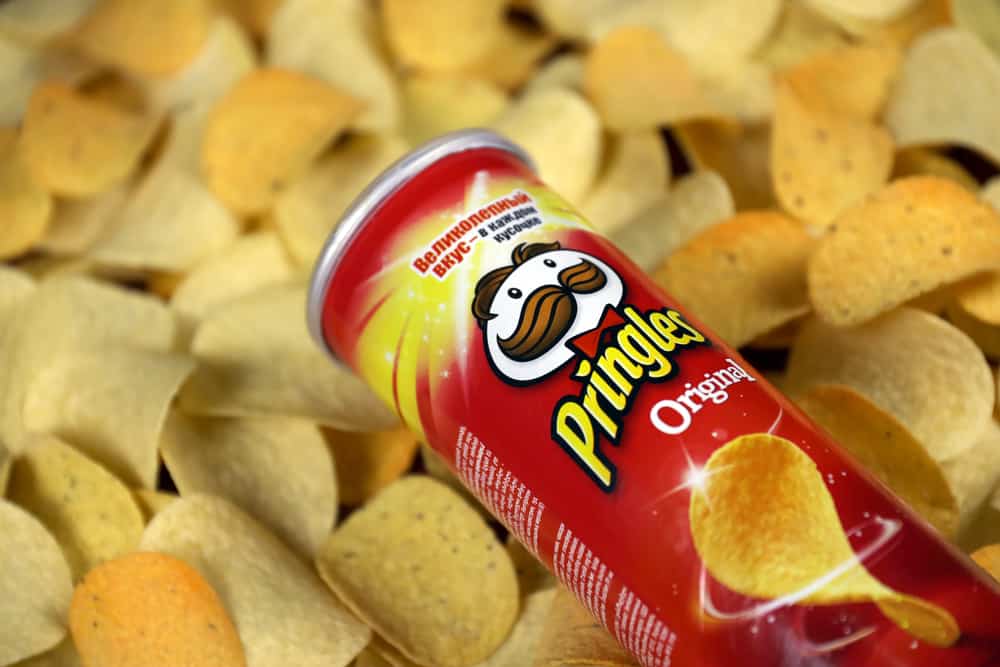 Pringles are a delicious snack that can be difficult to stop eating.

There’s no shortage of different flavors either, so you always have more Pringles to explore.

If you’ve shopped for Pringles lately, however, you might have noticed the price has become quite expensive.

Considering that Pringles are just chips, you may wonder what’s causing them to be so expensive. 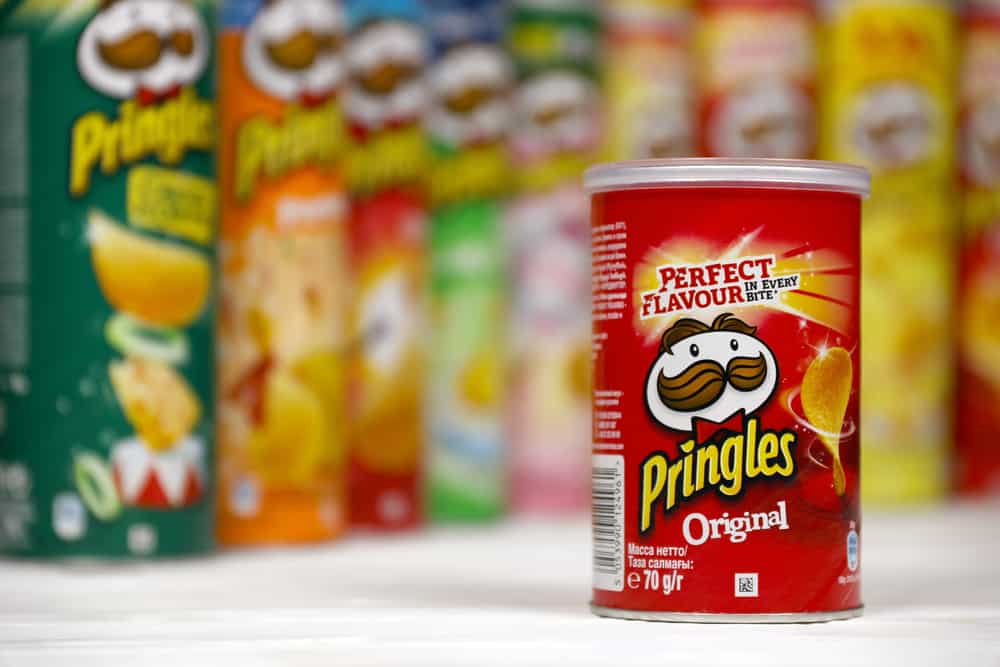 The average price of Pringles is around $2.

However, some larger packs can even sell for around $30.

Certain factors like the ingredients used to make Pringles and the way that they’re packaged tend to make them more expensive. 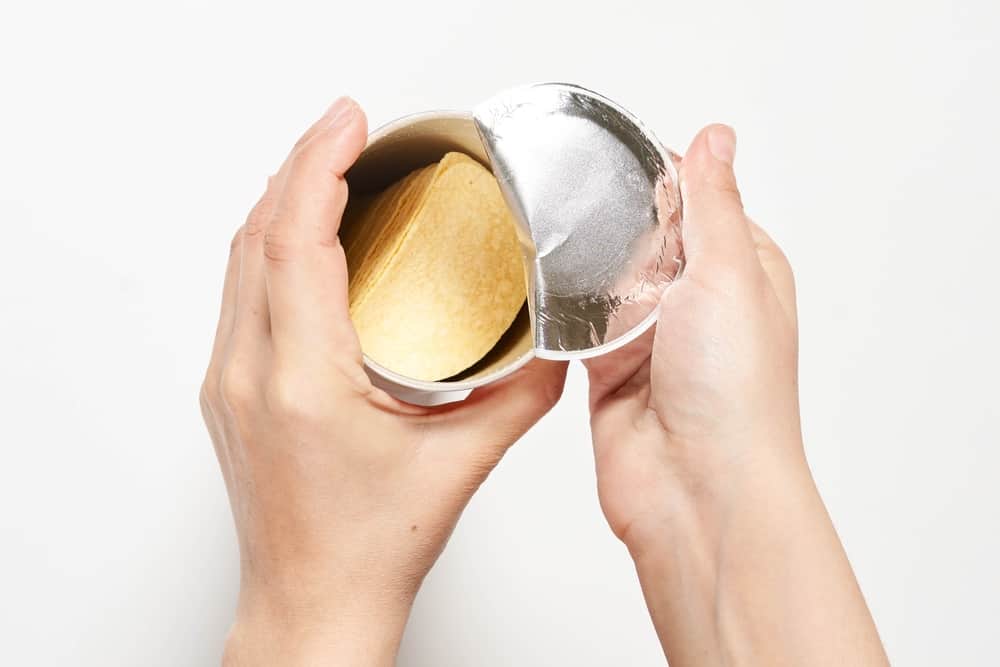 One of the main differences you’ll notice between potato chips and Pringles is their packaging.

With regular potato chips that come in a bag, much of the content of the bag is just air.

While air certainly plays a part in protecting chips and keeping them fresh, it can often feel like you’re buying more air than chips.

The way that Pringles are packaged is quite different.

They use a stacking method that allows them to rest on top of each other inside a cardboard tube.

The shape of the Pringles means that it doesn’t need air to keep its chips protected.

The shape of the tube allows just enough air to help keep the chips fresh as well.

As such, Pringles can’t quite get away with selling you more air than chips.

Since they need to fill their cardboard tubes with chips, each tube costs a bit more.

It has more chips in it.

Potato chip companies, on the other hand, can get away with selling their chip bags for cheaper prices since they have fewer chips in each bag.

Pringles are expensive because you’re ultimately buying more of the product from them. 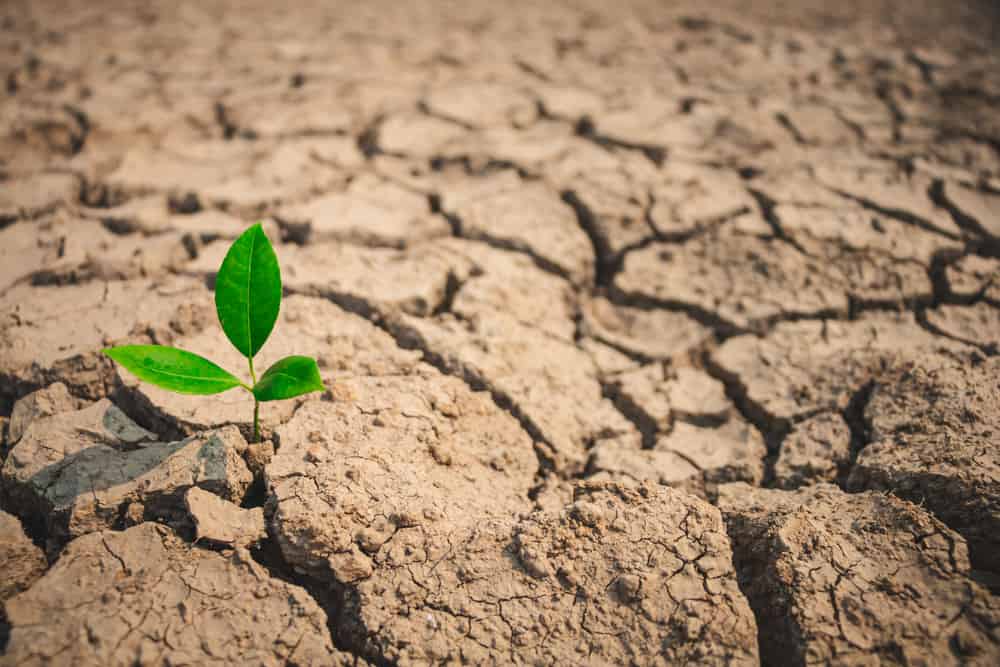 There are a few ingredients that make up a Pringles chip.

One of the primary ingredients is potatoes.

The problem with potatoes is that drought has been impacting their yields.

Quite a few countries produce potatoes.

In the United States, the major region that grows potatoes is the western part of the country.

The problem with this area is that it’s been suffering from a drought for a while.

Drought impacts the yields of potatoes by potentially killing the crop.

Like any other plant, potatoes require a decent amount of water.

Without it, potatoes won’t grow or won’t grow to standards fit for human consumption.

A lack of water also impacts a farmer’s ability to sow more potato seeds for the next season.

If there isn’t enough water in the ground, potato seeds won’t sprout.

As such, not only is the current harvest of potatoes impacted by the lack of water, but the future harvest is affected as well.

This makes Pringles expensive because they end up having to pay more for their potatoes.

Since their costs are increasing, they’re going to sell their chips at higher prices.

Pringles are expensive because of the drought impacting potato yields. 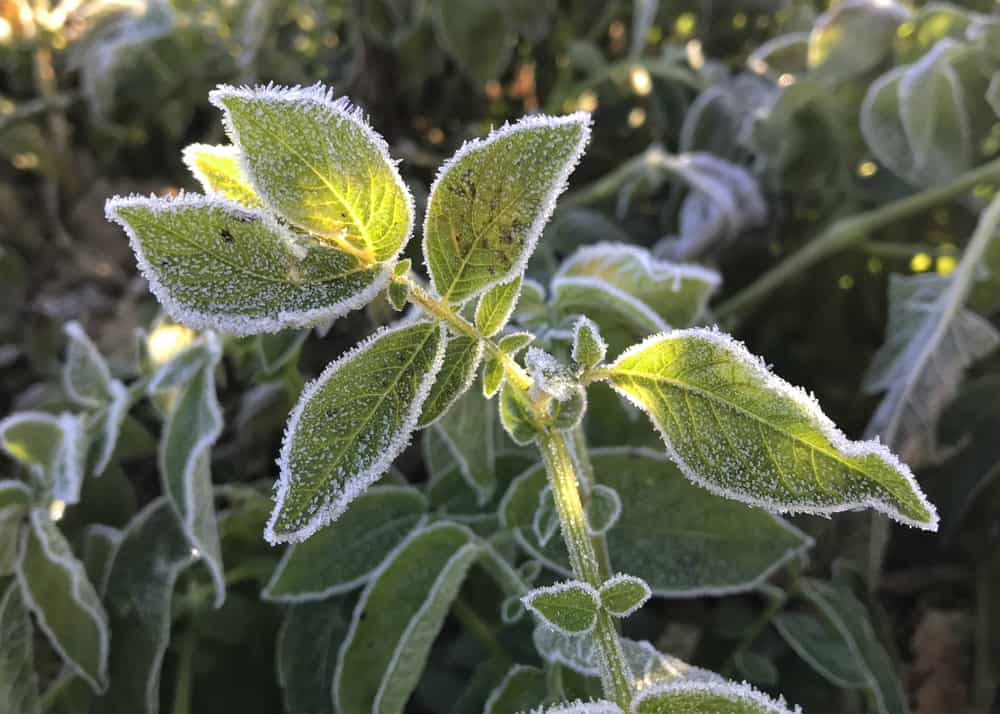 Winter Storms are another problem that impacts potato yields.

While potatoes tend to be more resilient than other types of plants, they do have their preferences.

If they’re subjected to temperatures outside of their tolerance zone, they can perish.

That’s a problem that some farmers are facing.

Those who grow potatoes in the western part of the United States, for example, have experienced winter storms in areas that rarely see freezing temperatures.

This has affected potato yields because the storms have killed off crops before farmers had a chance of harvesting them all.

When exposed to cold temperatures, potatoes can shrivel and die.

All it takes is a considerable blast of cold air for a certain amount of time, and a farmer could lose a whole crop.

Since winter storms have been impacting farmers in the west, they’ve been unable to produce as many potatoes as they normally do.

With other problems impacting the potato supply across the world, a potato shortage occurs.

Pringles ends up having to pay a lot of money for their potatoes.

Because their costs are higher, they need to sell their products at higher prices.

Pringles are expensive because of the winter storms impacting potato yields.

Pringles has a unique potato chip in that it doesn’t just use potatoes to make its chips.

It’s a combination of potato and rice.

As such, rice is another important ingredient that it needs to source.

The problem with rice is that it’s also facing a shortage.

One of the causes of the shortage stems from a drought.

While China is particularly known for its rice exports, there are rice fields in the United States as well.

California, in particular, has its own rice belt.

The problem with the rice coming from California, however, is that the state has been experiencing a drought.

Rice requires a lot of water to grow.

Without it, it dries up and is inedible.

In the presence of drought, farmers are unable to sow their fields let alone grow rice.

Since they’re only able to produce so much rice, they end up having to sell the rice they harvest at higher prices.

It’s the only way they can hope to break even.

Pringles, as a result, incurs even higher costs since it uses rice as well to make its chips.

Pringles are expensive because of the drought impacting rice yields. 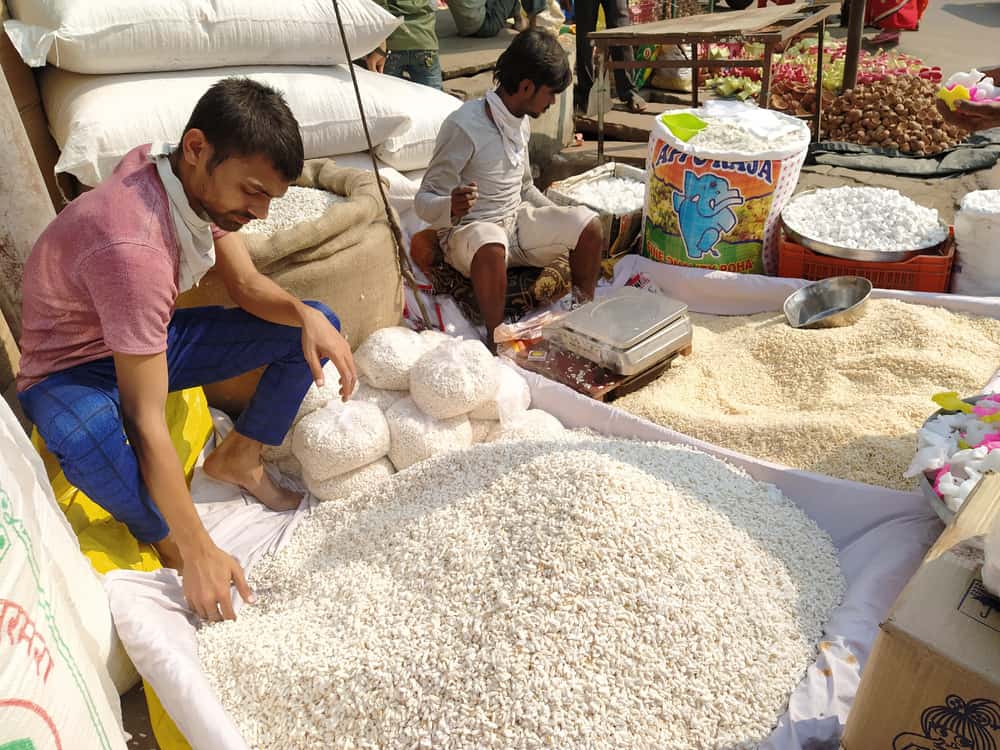 A rice shortage in California wouldn’t be such a problem if there were another source that Pringles could rely on.

Unfortunately, India, one of the world’s largest rice exporters has started to reduce its exports.

They’ve cited their own problems in growing rice.

Like the United States, India has been suffering from a drought in certain regions of the country.

This has crippled their ability to grow rice.

To ensure their people don’t starve, India has reduced its rice exports and focused some of its supply on its own citizens.

The consequence of that action, since India is responsible for such a large portion of rice exports, is higher prices of rice.

When Pringles needs to make up for the lack of rice supply from California, it will need to pay higher prices to import rice from other countries.

If those countries are selling rice at higher prices, rice becomes even more expensive.

As a result, Pringles has to increase its prices to cover the new costs.

Pringles are expensive because India decided to reduce rice exports. 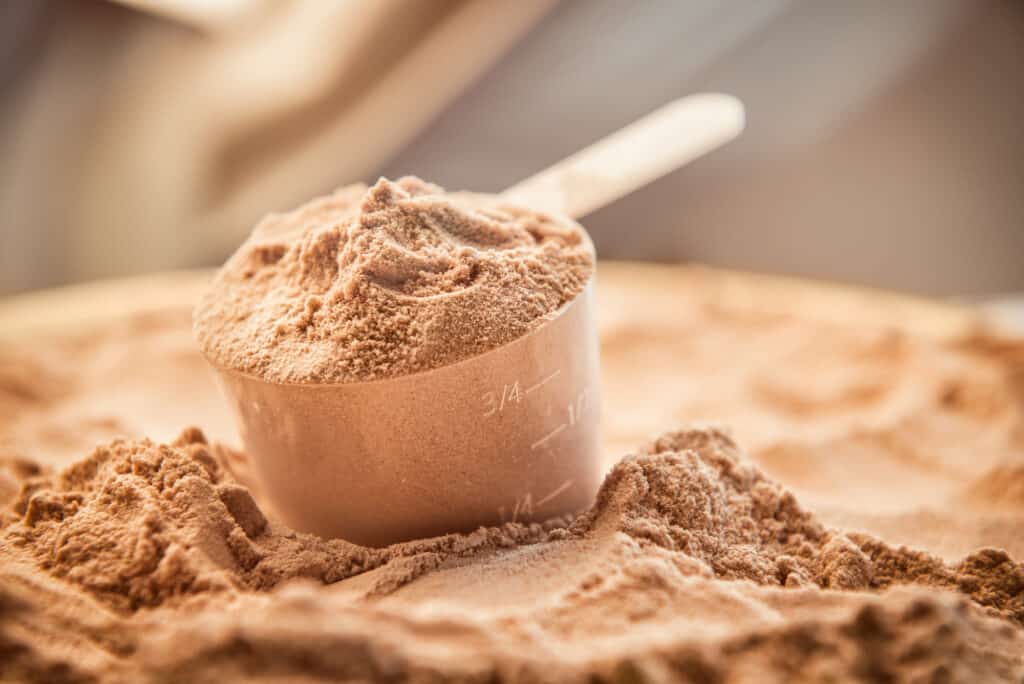 You may notice that Pringles tends to have a bit more protein than some other potato chip brands.

Whey protein is a dairy product.

In particular, it comes from cheese production.

One of the benefits that whey protein provides is its ability to help nurture muscle growth.

That’s why a lot of athletes or people at the gym will drink protein shakes made out of whey protein after a workout.

It helps their bodies build muscle.

While you can’t expect to build muscles while eating Pringles, the presence of whey protein does make it a bit more expensive.

Whey protein tends to be an expensive ingredient.

The more that a product has in it, the more expensive the product is.

Pringles also has a more expensive version of whey protein in it.

That cost adds to manufacturing costs.

Pringles are expensive because it uses whey protein concentrate. 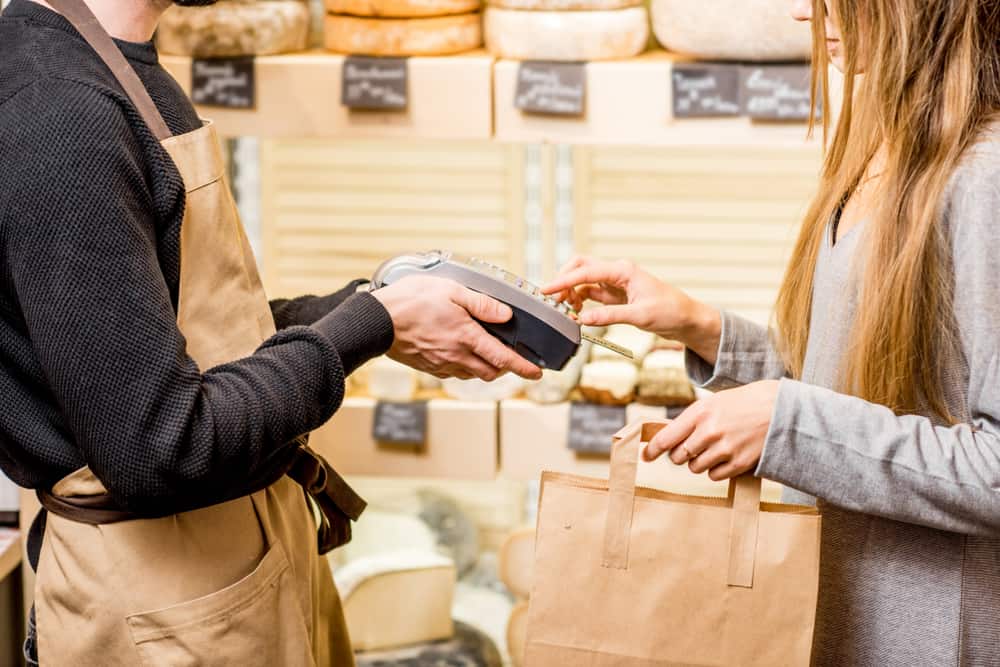 Some of the most popular Pringles are those that contain cheese.

It can add a powerful flavor to the already delicious potato chip.

Pringles has its share of different cheese flavors, too.

The problem with cheese is that it can be an expensive ingredient.

Cheese typically comes from dairy cows or other animals that produce milk.

It goes through a curing process that can sometimes take a long time.

Due to its length, cheese can be a bit pricey.

However, it’s the fact that it comes from dairy animals that really makes it expensive.

For example, if food and water costs for livestock increase, it costs ranchers more money to raise their cattle.

Since they’re seeing higher costs, they have to sell dairy products at higher prices to offset those costs.

Pringles has to pay more money for dairy products as a result.

To offset their own costs, they need to sell at higher prices.

Pringles are expensive because cheese prices can sometimes be high. 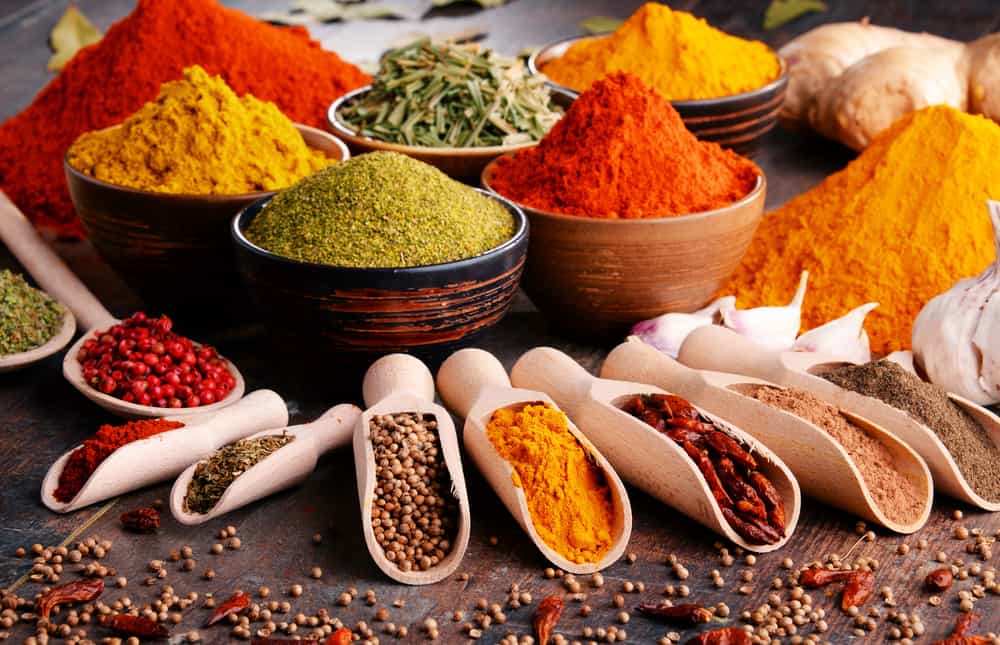 One of the tastiest features of Pringles is the different spices that they use.

You can find all sorts of different flavors in their product line.

From salt and vinegar to sour cream and onion, there’s a bit of something for everyone.

If Pringles uses a particular ingredient or spice to give their chips some flavor, they might face higher costs.

Spices can sometimes be expensive depending on the spice in question.

Since they’re taking on higher costs to produce more flavors, they sometimes sell those rarer varieties at higher prices.

Pringles are expensive because they sometimes use more expensive spices to make rare or odd flavors.

A lot of people consider Pringles to be a premium type of potato chip.

There are a few features that set it apart from a standard potato chip.

For one, it isn’t greasy.

When you reach into a Pringles tube, you don’t have to worry about pulling your hand away and having it covered in oil.

Secondly, in most cases, you don’t have a lot of broken Pringles either.

Every potato chip bag tends to have broken chips at the bottom.

Because of these finer qualities, Pringles tends to be a premium type of chip.

That means it comes at premium prices. 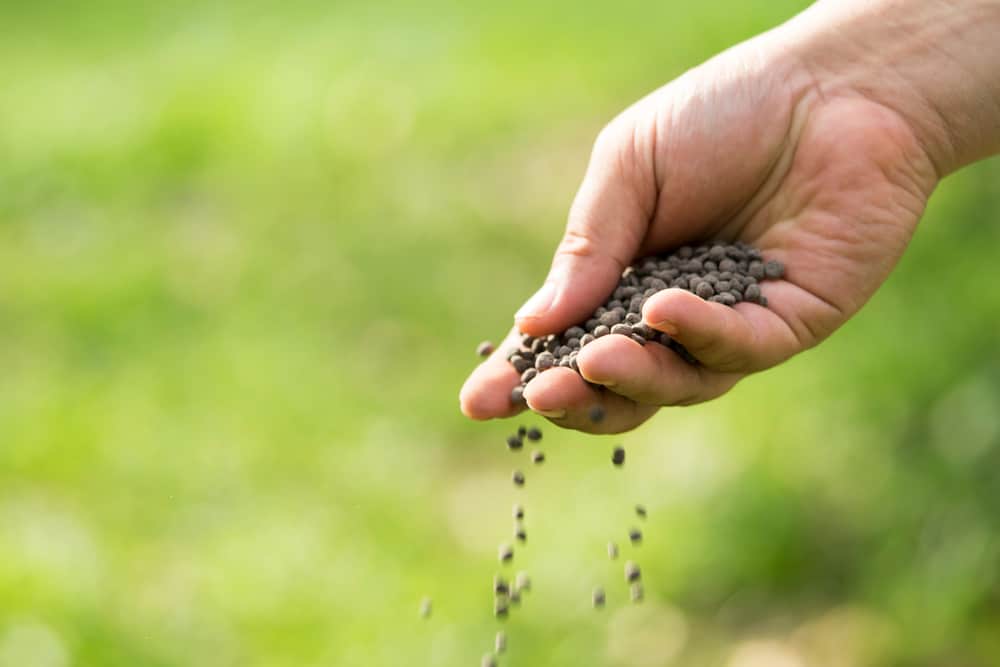 A final reason Pringles are expensive has to do with fertilizer costs.

Because it uses vegetables as its main ingredients, it’s subject to the cost of fertilizer.

Without it, their crops might not meet human consumption standards.

Some also use fertilizer to protect their crops.

Due to shortages, the cost of fertilizer has become quite high.

This has impacted the price of farming crops.

To offset the prices they incur by buying ingredients, Pringles sells their chips at higher prices.

Pringles are expensive because of high fertilizer costs.

Pringles are a delicious set of potato chips that come in a range of flavors.

However, due to the costs associated with the ingredients used to make Pringles, the chips can be quite expensive.