You are here: Home / The Cold Spotlight / Why Are Pears So Expensive? (10 Reasons) 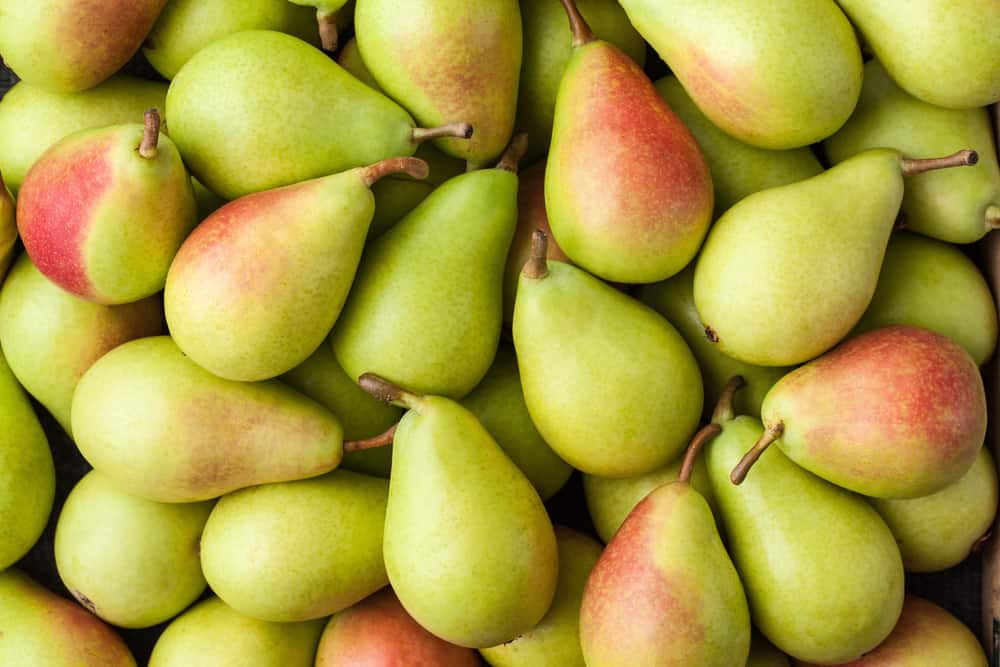 Pears are a beloved fruit for their sweet taste and health benefits.

You might enjoy eating pears on their own or putting them in different desserts or snacks.

The problem with pears is that their price has increased over the years.

You may have noticed that you’re paying more money to buy pears now than you did before.

So, what’s happened to make pears so expensive? 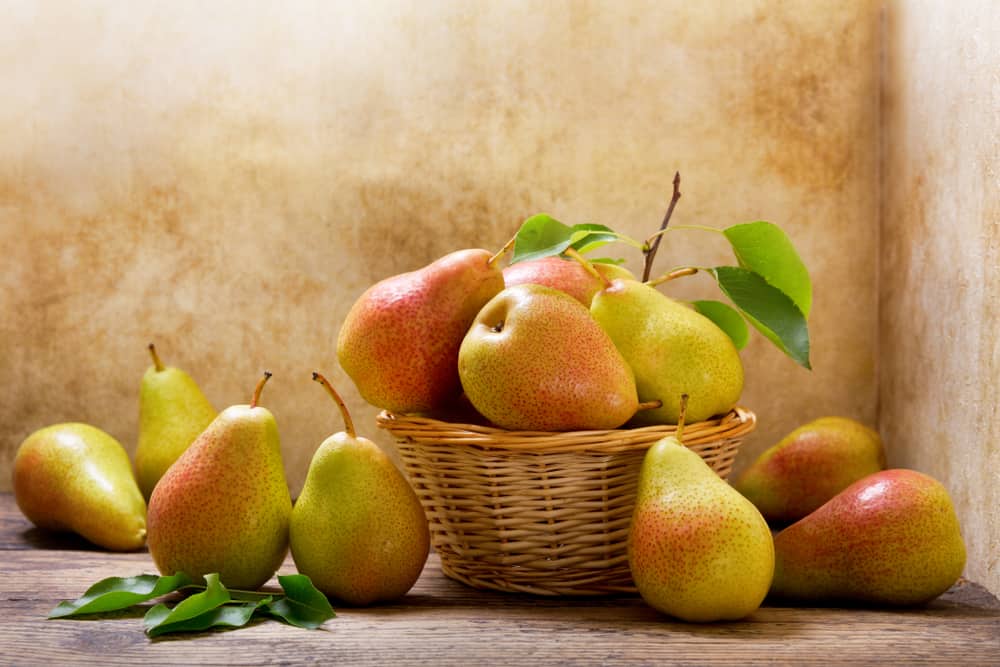 The average price of a single pear is around $1.50.

Pears are expensive due to factors like pear shortages, farming costs, and the type of pear you buy. 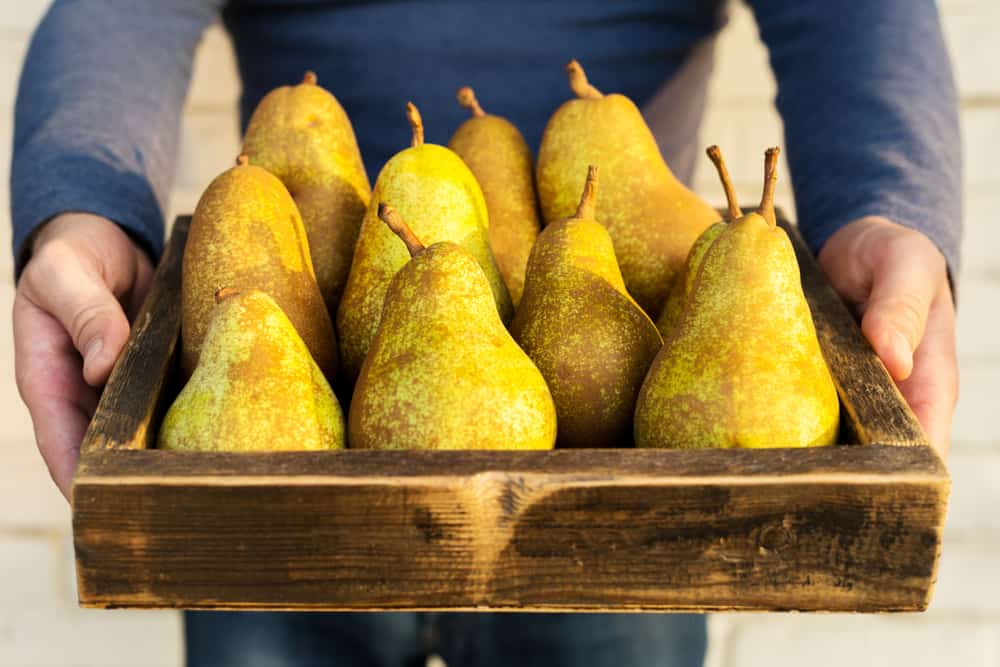 One problem impacting the pear supply is freezing temperatures.

Oregon, California, and Washington State are the major areas that grow pears.

The problem is that those areas, Oregon and Washington in particular, can sometimes have a sudden onset of freezing temperatures.

While most pear trees can handle cold temperatures, it’s only to a certain extent.

Prolonged exposure or temperatures below freezing can keep pears from growing on the trees.

It can even damage the tree, itself.

If a pear tree becomes exposed to cold temperatures, there’s a good chance that it won’t be able to blossom.

The tree has to blossom for pears to grow.

If the cold temperatures are keeping the trees from blossoming, there isn’t going to be many pears that end up maturing.

Cold temperatures can also impact the ability of bees to pollinate the flowers and further drive pear production.

Bees stay in their hives when it’s cold outside.

This all impacts the supply of pears on the market.

Without enough supply, the demand for pears increases its price.

Pears are expensive because cold temperatures impact their yields. 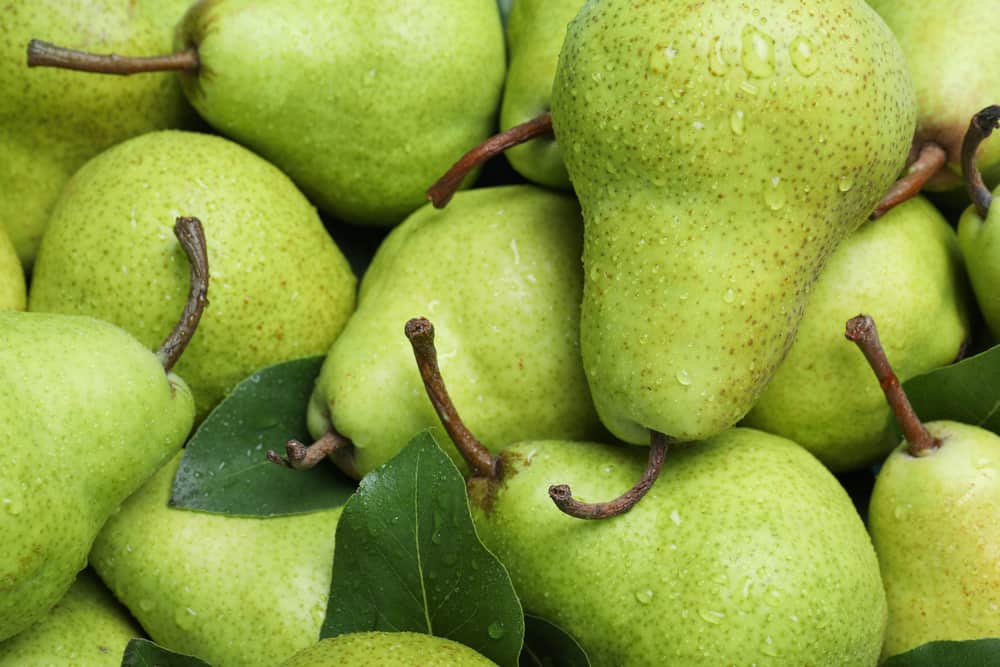 Pears are a delicate fruit.

They have thin, fragile, skin that’s easy to bruise.

A bruised pear isn’t going to sell well at a market.

Bruised pears tend to be the last type of pear that people will buy if they have no other choice.

Stores will often have to cut prices to sell bruised pears.

Since that means the store is going to make less money off of them, they put some pressure on farmers to ensure they package their pears well.

For example, if a farmer consistently sells them a lot of bruised pears, the grocery store might source their pears elsewhere.

As such, farmers have to put some effort into their packaging when it comes to pears.

The problem with packaging is that packaging costs have increased.

The price of cardboard, for example, has increased.

Since cardboard is often used with produce, it means farmers are spending more money on packaging to protect their pears and deliver them.

With higher packaging costs, farmers have to sell their pears at higher prices to offset those costs.

Grocery stores also have to sell their pears at higher prices to offset their own costs.

As a result, consumers end up paying the final, high, price.

Pears are expensive because packaging costs require farmers to sell at higher prices. 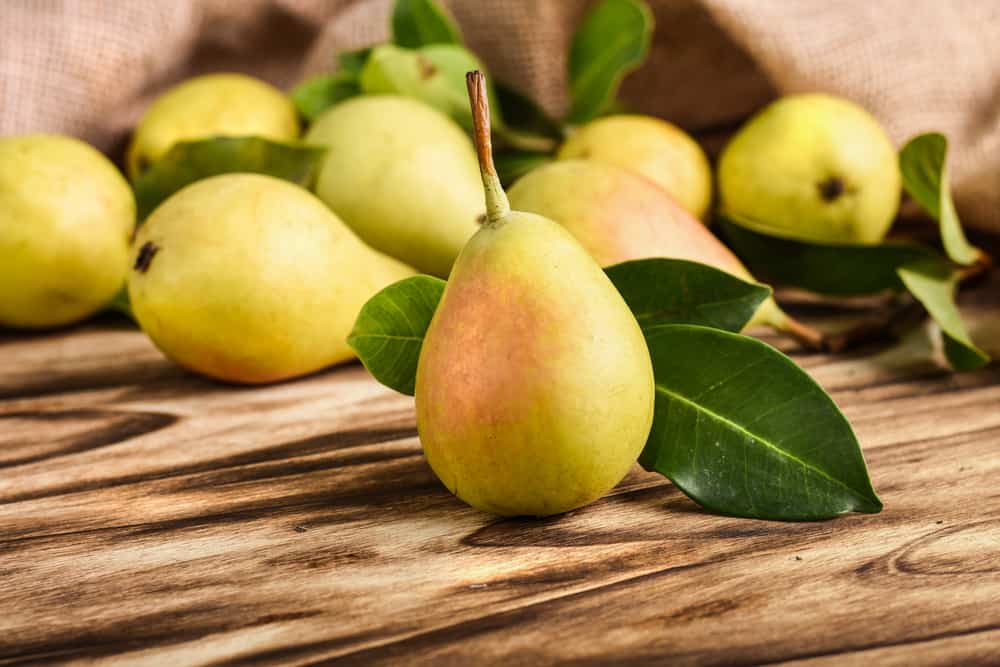 The cost of packaging isn’t the only problem farmers are facing.

That comes down to high fuel costs.

Because gas is more expensive, it costs a farmer more money to tend to their farms and deliver produce to the market.

In regards to running their farm, farmers have to fuel up their tractors.

Some farmers have several tractors that all perform a certain type of job.

Since they have large fields, it means they might spend a good amount of money keeping their tractors fueled up.

When gas prices are high, the price of running and operating their tractors is also high.

That requires farmers to sell their goods at higher prices to offset those costs.

Transporting their products from their farms to a factory or directly to a store also costs them more money.

Whether it’s their trucks or the store’s trucks, someone will be paying a high price to transport products.

If the store is far away from the farm, those expenses are even higher.

To offset the cost, the farmer or store has to sell their pears at higher prices.

Pears are expensive because of high transportation costs affecting a farmer’s or store’s bottom line. 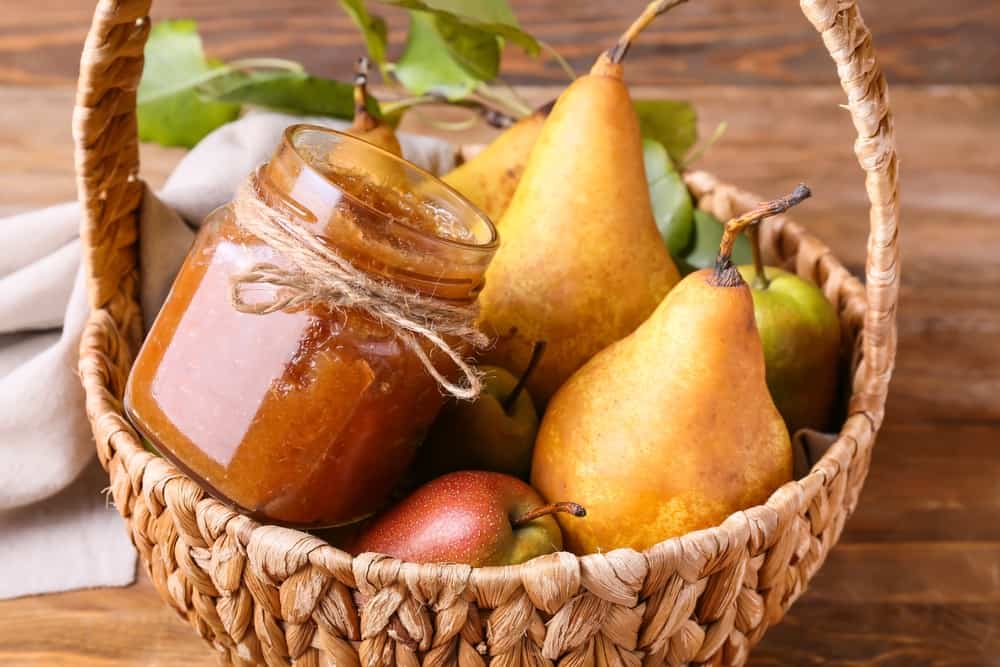 There are several types of pears.

Some are a bit more common than others.

Each has its own specific use, too.

Some you can eat raw while others require a bit of processing before you eat them.

Some pears are rare and unique.

These particular pears are more expensive because of their rarity.

They typically only come from one or a handful of orchards.

You might even be able to only buy them locally.

As such, they tend to fetch an expensive price.

The harder something is to find, the more expensive it tends to be.

For example, a pear that’s common and accessible across the country isn’t going to be too expensive.

A pear that only grows in one state and is only available to those in that state tends to be more expensive.

Pears are expensive when you buy delicacies or rare varieties. 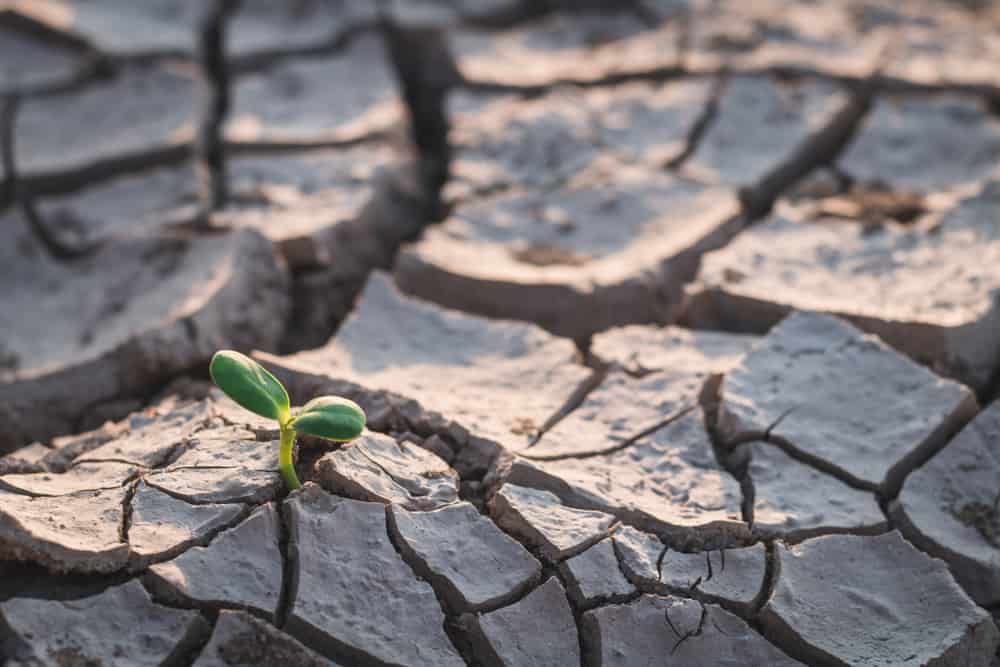 Several problems are impacting the supply of pears that are also causing high prices.

One of those problems is drought.

The pears grown in California are particularly susceptible to this problem.

California has been experiencing drought problems for a few years.

Despite having heavy rainfall, the state faces problems with collecting that water for long-term storage.

A lot of it just washes back into the ocean or lakes.

Hot temperatures can also increase the rate at which water evaporates.

These problems tend to mean that California often suffers from drought.

This is a problem for pear trees since they require a decent amount of water to grow well.

They may even fail to bloom and have pears mature.

That causes a pear shortage or worsens the existing shortage.

Since droughts can occur for a long time, it also means that pear farmers in California may not be able to have any produce the following year either.

It also impedes the ability of new farmers to plant new pear trees.

If there isn’t enough water in the soil, the tree might just die before it even starts to mature.

Because there’s a shortage of pears, the price increases.

Pears are expensive because drought is deepening the pear shortage. 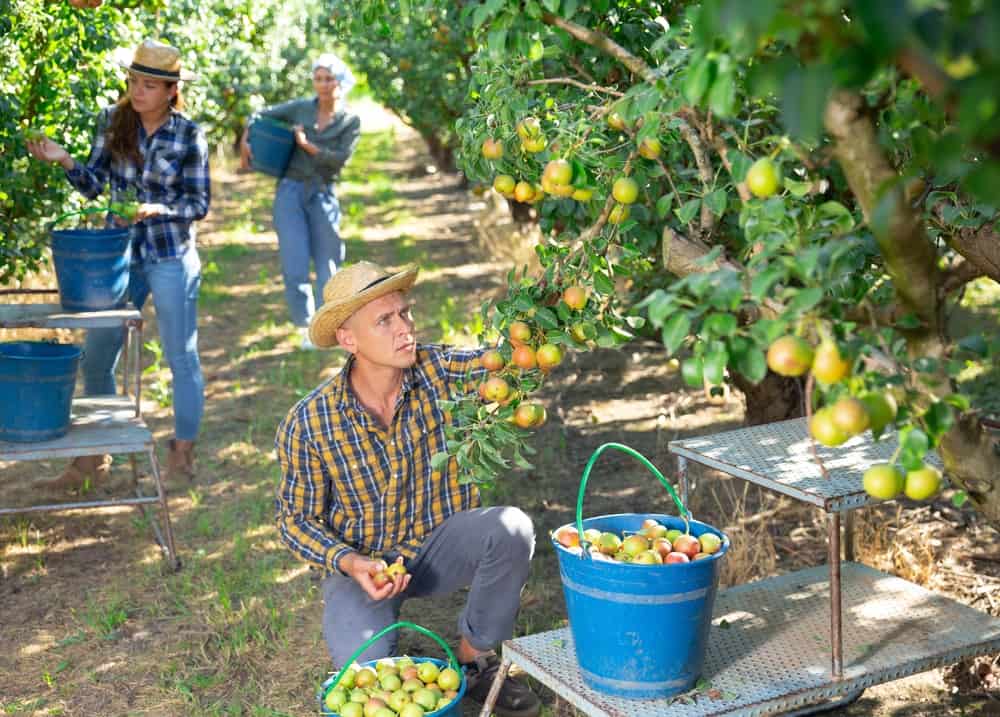 There are fewer workers interested in working on farms due to the low wages and exhausting work.

Pears, in particular, often require human labor since they have such delicate skin.

Using machines to farm pears increases the chances of bruising them.

As such, many pear farmers rely on human workers to pick the pears by hand and clean them.

Otherwise, if they have a lot of bruised pears, they run the risk of not being able to sell them.

Labor shortages are making the pear shortage even worse.

Without enough workers in the orchards, some trees might not get harvested in time.

The pears might rot or die before the workers can get to them.

The production at a farm with a labor shortage isn’t going to be that high.

With less production, the number of products leaving the farm is smaller.

Pears are expensive because some farms are experiencing labor shortages. 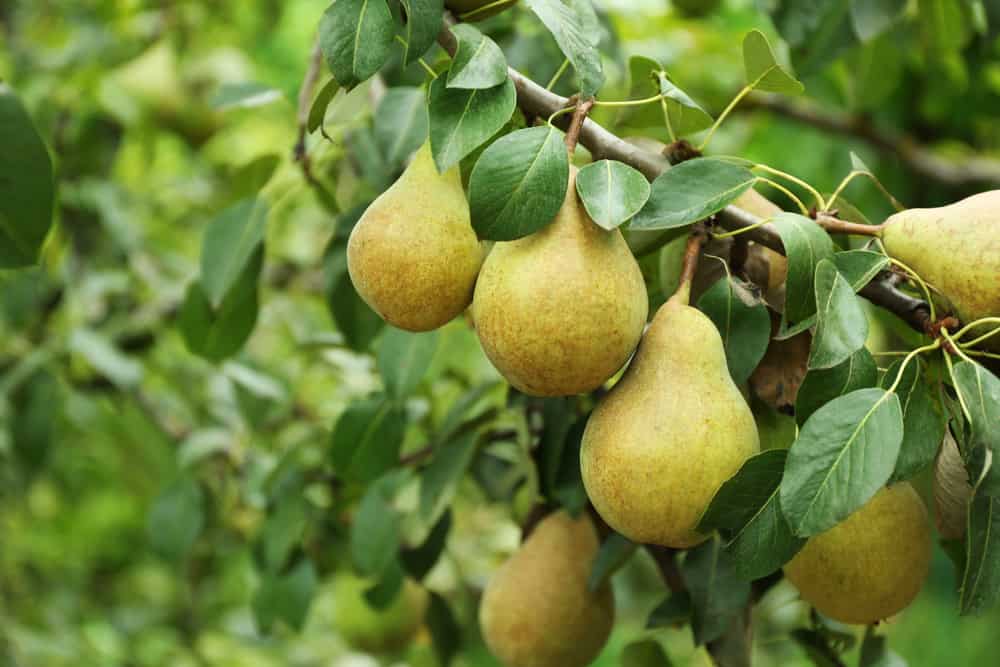 Pears are a fruit that requires warmer climates.

They don’t grow well in climates that see chilly or cold temperatures.

While they don’t quite need tropical climates, they do require relatively warm temperatures.

This narrows down the number of places in the world that can grow pears and makes pears a bit more difficult to grow.

If the environment isn’t right, the pear tree isn’t going to grow well.

Even if it does grow, it might not blossom because it’s not experiencing the right temperature in which to do so.

There are only a few climates that can grow pears well.

If something happens to one of those areas, it can have a huge impact on the supply of pears.

For example, since California is experiencing a drought, it’s impacting the supply of pears and increasing the price.

If something happens to the orchards in other places of the world, it can also impact the supply of pears since pears aren’t a type of fruit that can grow anywhere.

It limits the farm’s ability to simply move somewhere else to find a more agreeable climate in which to grow pears.

Pears are expensive because they only grow well in certain areas which can impact the supply of pears. 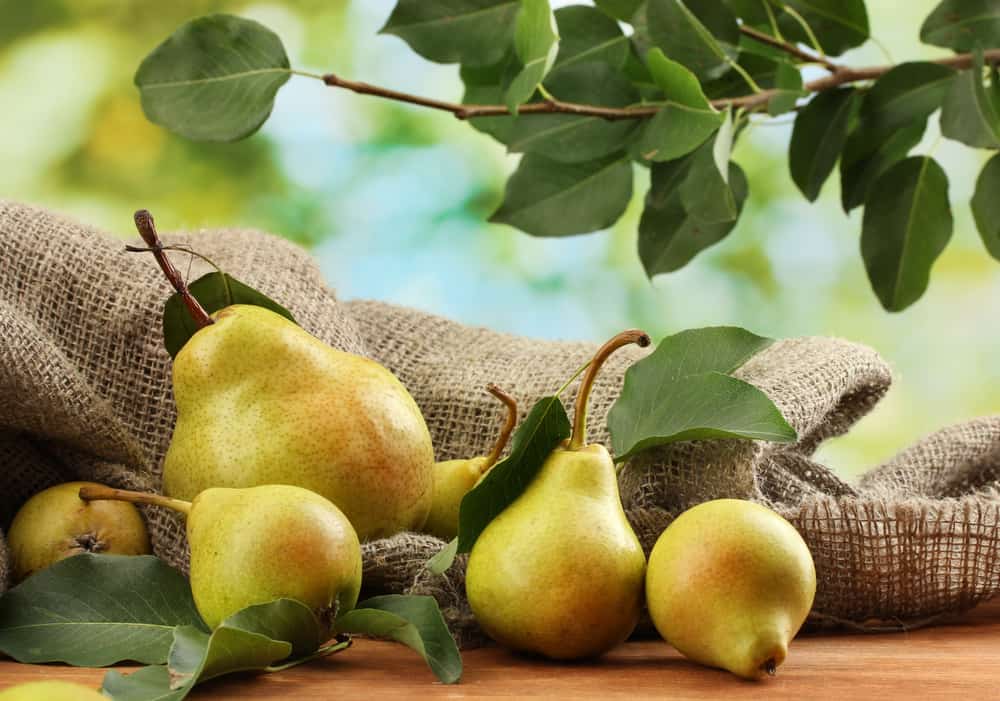 One of the problems with harvesting pears is that workers have a small time in which to pick them.

The main window for mature pears is between August and September.

As such, workers only have two months to harvest as many pears as they can.

Different varieties of pears may have alternative harvesting windows, but many common ones just offer two months.

This means that workers have to move and work hard to pick all the pears on the tree that they can.

If temperatures change or something happens to make pears become damaged, it can close that window even faster.

This might also mean that farmers hire as many workers as they can to ensure all their trees become harvested.

That can increase their labor costs considerably.

Pears are expensive because they have a short harvesting window which can impact the supply of pears. 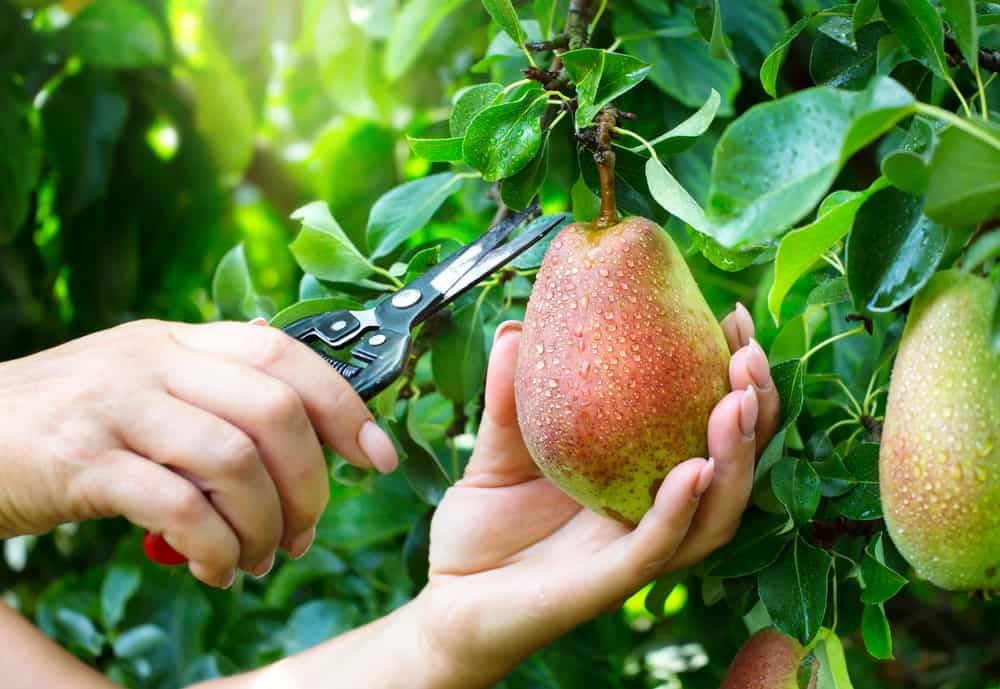 One of the major costs that farmers face is labor.

That’s because they need to use human workers, and not machines, to do the bulk of picking.

Since pears are quite delicate, only humans have the sort of dexterous, gentle, touch to pick them without damaging them.

Because farmers have to pay high labor costs, they need to sell their pears at higher prices to offset those costs.

Pears are expensive because farmers have to pay expensive labor costs.

10. Pear Trees Can Take A Long Time To Grow 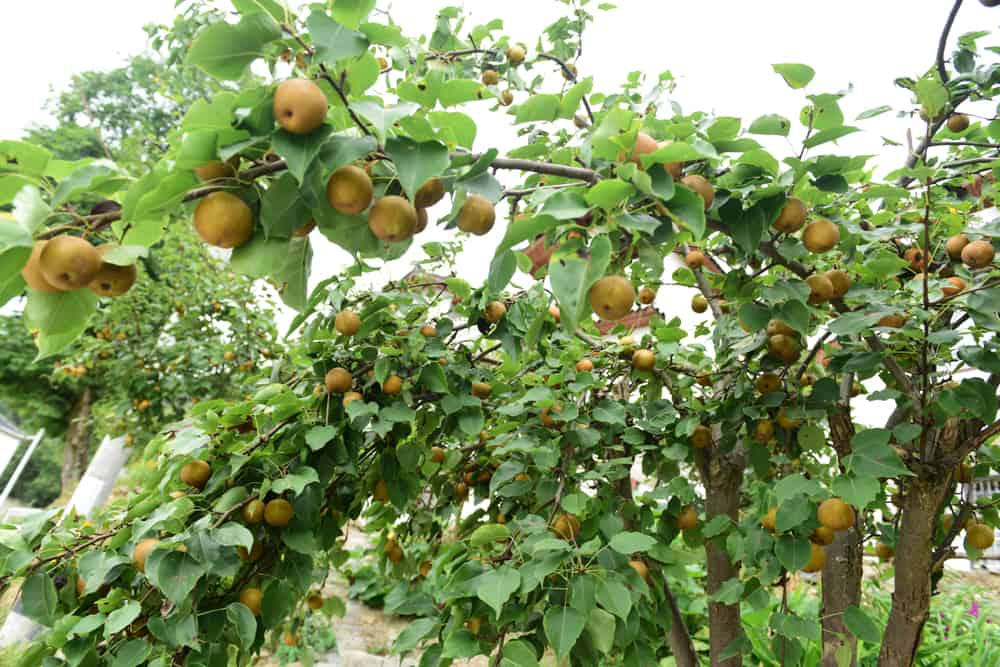 A final reason pears are expensive is that it can take some time for pear trees to grow.

Depending on the pear tree in question, it can take anywhere from three years to even 10 years for trees to start producing pears.

That’s a long time without being able to sell any products from the trees.

All the while, farmers are spending money on trees to keep them safe from pests and other problems.

Since pear trees might have quite a debt added to them before they start producing, the pears that they do eventually grow will have high prices to pay those debts.

This also means that if something happens to an orchard, it can take a long time for a farm to recover.

Pears are expensive because pear trees take a long time to grow and mature.