You are here: Home / The Cold Spotlight / Why Are French Bulldogs So Expensive? (Top 10 Reasons) 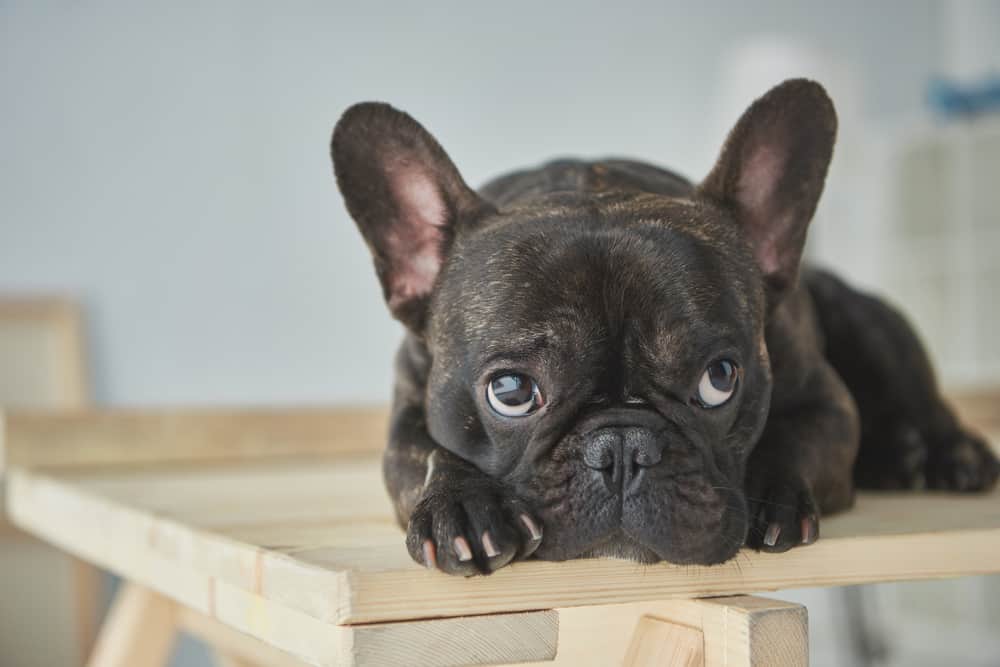 French bulldogs stand out for a number of reasons, including the high price tag.

Why would this little ball of fur and love cost so much?

Here are the top 10 reasons French bulldogs are expensive.

Why Are French Bulldogs So Expensive? (Top 10 Reasons) 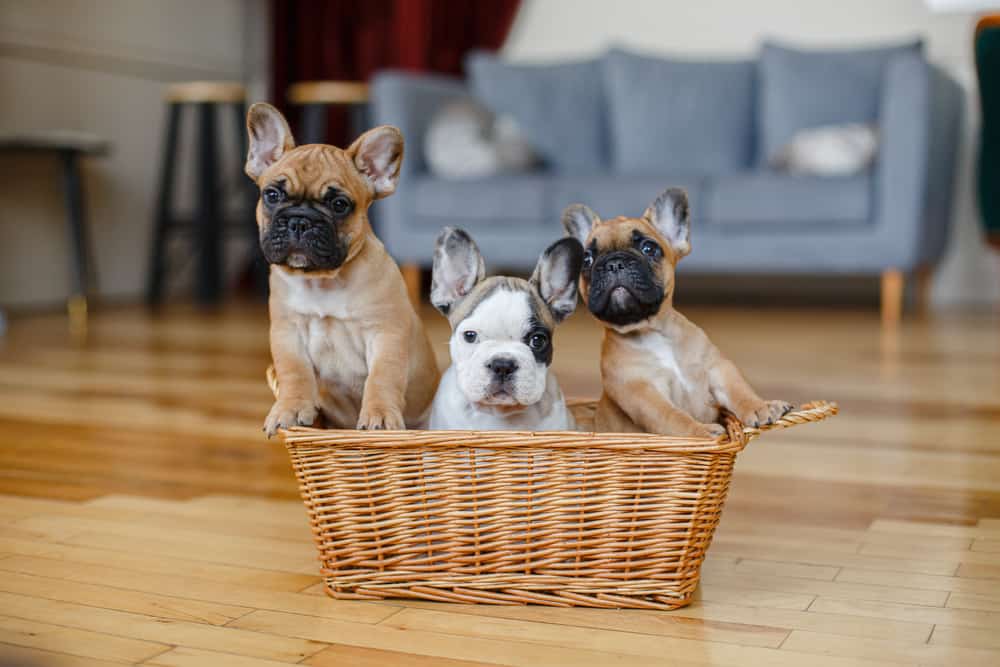 It costs a lot of money to breed a purebred French bulldog.

Many French bulldogs simply don’t reproduce due to this physical hindrance.

A doctor will actually artificially impregnate a female dog with the sperm from a male dog.

Doctors usually perform a C-section to ensure the mom’s safety as well as the safety of the puppies.

Breeders need to feed the moms an expensive high protein diet that supports healthy lactation for the puppies when they come.

With the high cost, you can guarantee that you will get the exact puppies you want to breed, and you know that they will come out safe and healthy.

On top of that, French bulldogs tend to have small litters.

They have litters of two to four puppies, and anything larger is considered an extreme blessing.

Labrador retrievers, on the other hand, have an average of seven or eight puppies in a litter.

Once the puppies are born, the mom will experience bleeding for up to a week and feel a considerable amount of pain.

That means they and the puppies require special care.

It’s also important to buy from a reputable breeder.

Since these dogs are becoming more and more popular, puppy mills breed them in unsafe conditions while skimping on costs to increase their own profits. 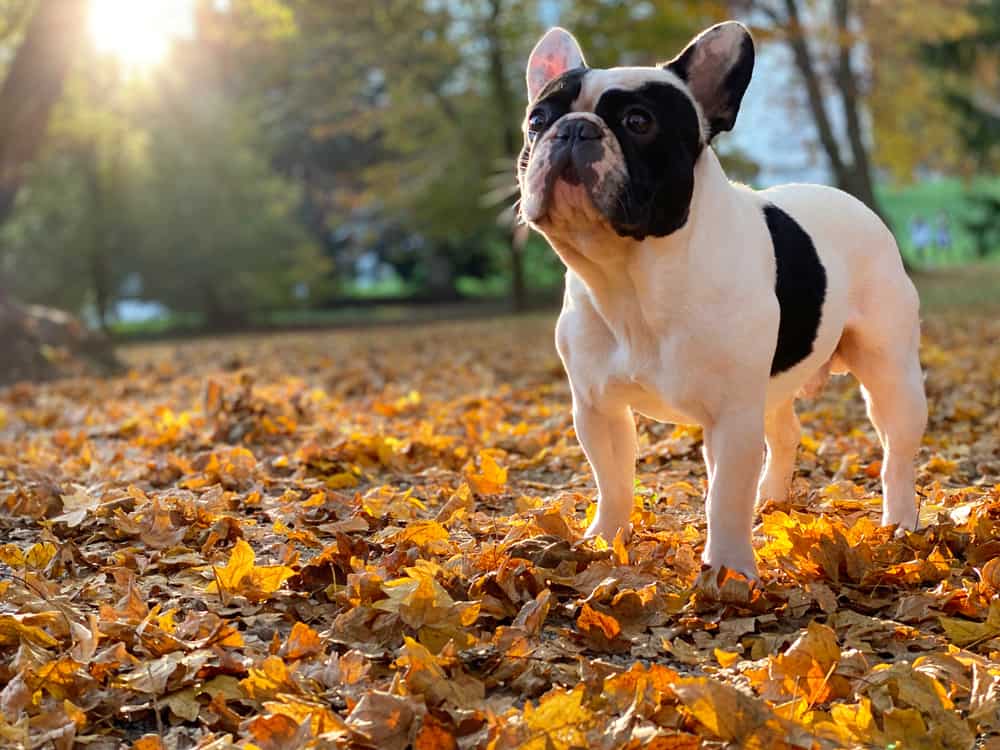 People can always recognize a French bulldog, and people are willing to pay more for the distinct and attractive features.

Even cat people have to admit that French bulldogs have a special look to them that really stands out compared to other dogs.

French bulldogs can come in a combination of any of the following colors:

The two main designs are “black mask” and “ticked”, but you can also find French bulldogs in solid colors.

We also can’t talk about the appearance of a French bulldog without mentioning the unique large ears that have become the trademark of the breed along with the half-flat shape of their skull.

While a French bulldog never won Best in Show at Westminster Dog Show, Matthew the Bulldog came very close by placing second in the category for nonsporting dogs. 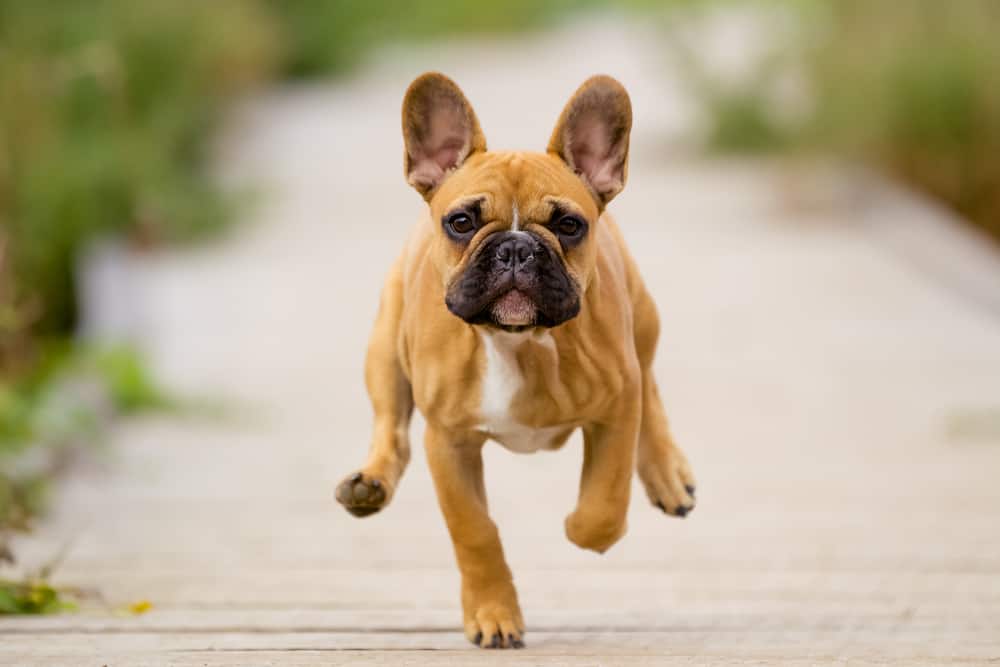 As the name suggests, the French bulldog originated in Paris, France.

At that time, around 1800, breeders bred bulldogs with small terriers to reduce the breed’s size and make them more suitable for companionship as opposed to hunting.

What became known as the “toy bulldog” evolved into the French bulldog we know today.

The dogs became associated with the women of the night of the local Paris brothels.

In fact, the famous painter and brothel frequenter Henri de Toulouse-Lautrec portrayed the funny little dog as the subject of numerous paintings.

Robert Williams Daniel insured his French bulldog for roughly $17,000 in the early 1900s.

Unfortunately, both the rich banker and his pet went down with the Titanic.

While that one dog may have sunk with its owner, it shows just how high the dog climbed in European society to become a status symbol and the envy of everyone around them.

4. Appropriate For All Lifestyles 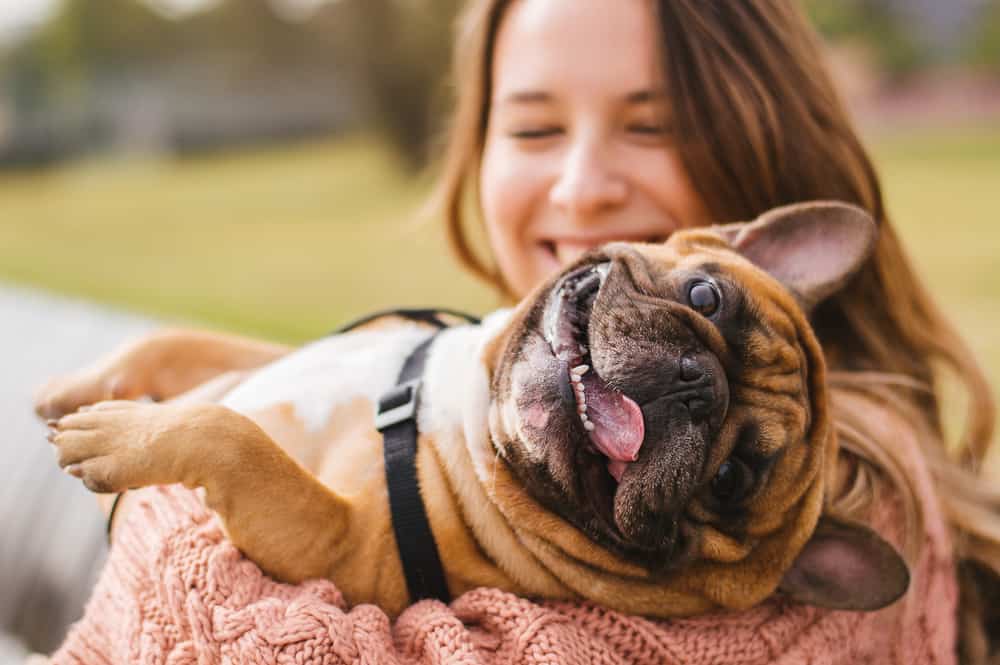 People will pay more for a dog that suits their specific lifestyle.

Some dogs, such as Huskies, need a lot of room and activity.

If they don’t get the space they need, they can start acting out.

French bulldogs are appropriate for a wide range of lifestyles that can’t necessarily accommodate the needs of a larger, high-energy dog.

French bulldogs can live in an apartment in an urban setting quite comfortably thanks to their smaller size and relatively low energy.

French bulldogs also fit into the home as things change.

They can adapt easily to new, little humans or new pets. 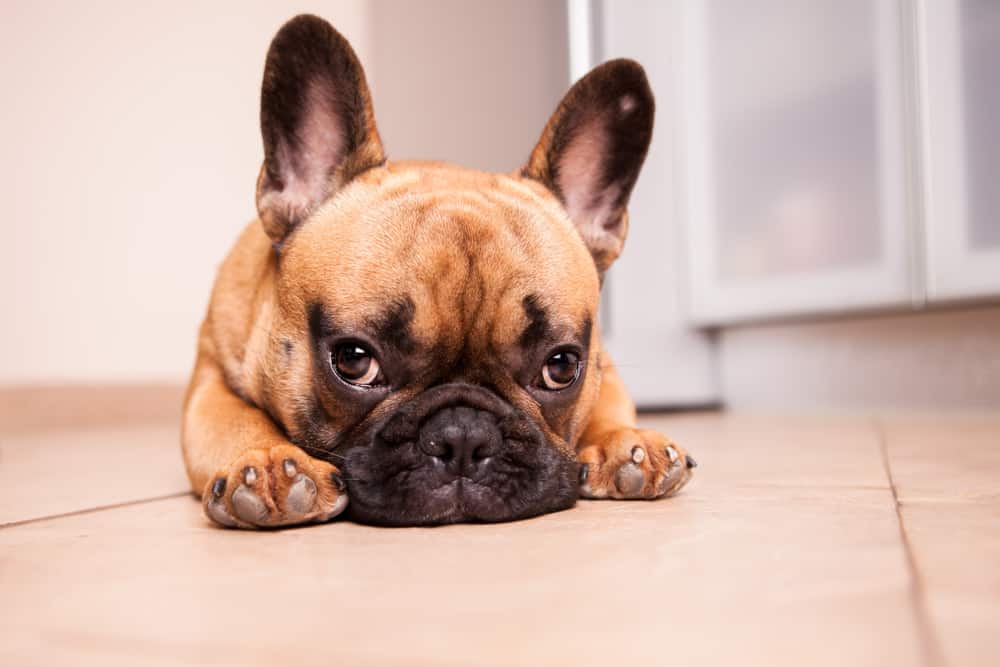 They prefer things to remain moderate, not getting either too hot or too cold.

If things get too warm, French bulldogs need to work twice as hard as other dogs to stay cool.

A kiddie pool can help them cool down in the summer.

It can actually benefit them to get them a sweater on the coldest days (but only if they seem comfortable).

Frenchies cost more since breeders and owners much take special considerations to provide a temperature-controlled environment. 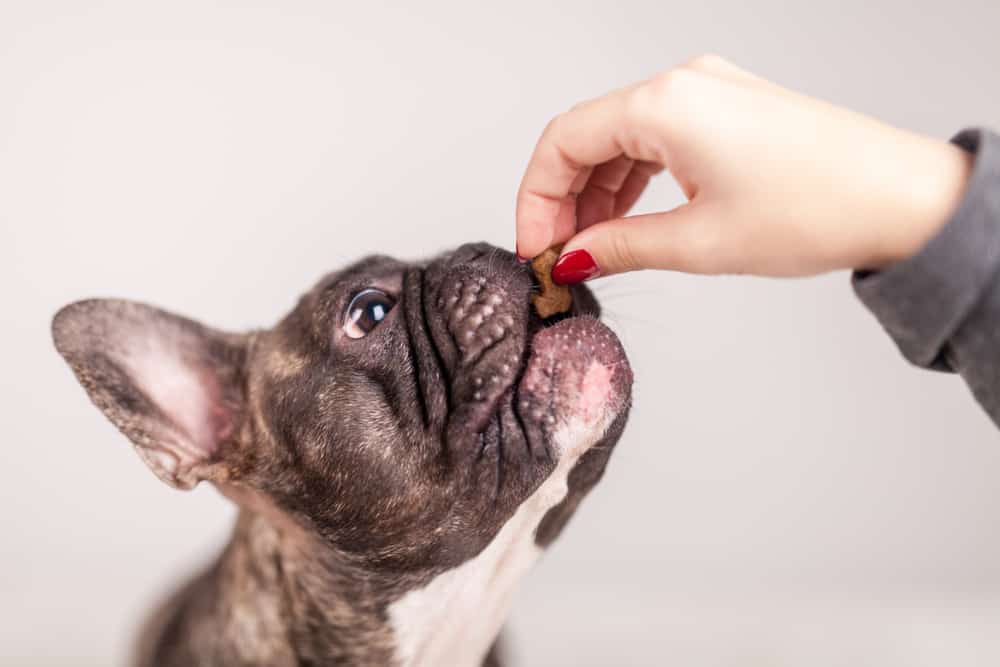 French bulldogs, like all dogs, require regular nutrients in the form of dog food.

They have an average weight of 22 lbs., so if you notice your Frenchie tipping the scales, it’s time to consider a diet.

It may also be best to practice a closed bowl feeding patterns where you control the amount of food they eat each day.

Be careful about giving your French bulldog table scraps, and keep all chocolate away from your dog.

Chocolate can cause serious digestive problems for all dogs, sometimes leading to death. 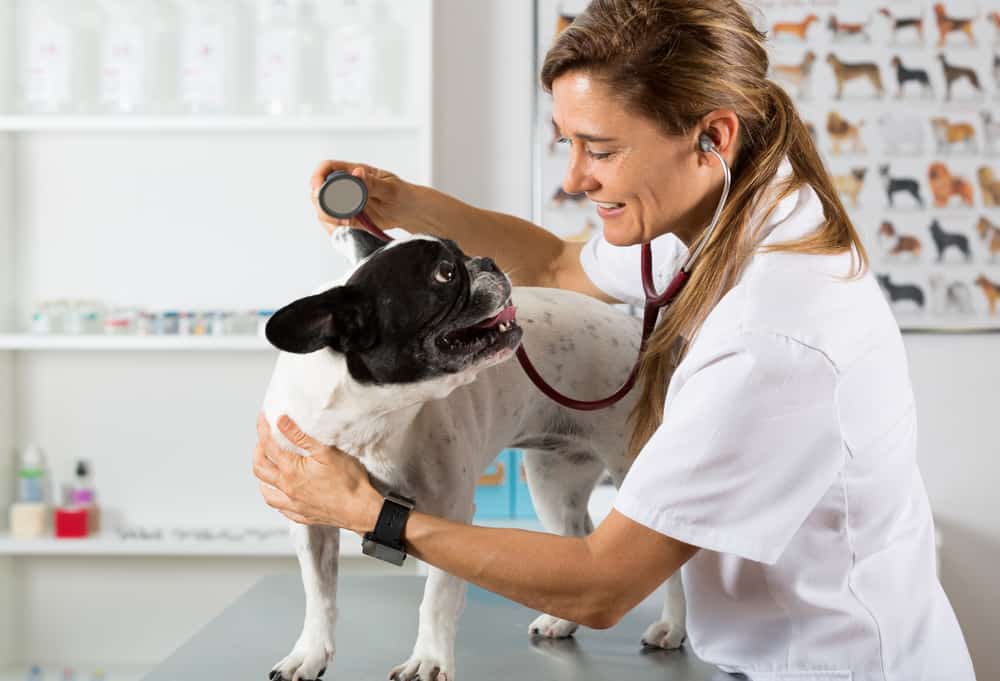 An adult French bulldog’s checkups typically cost anywhere from $330 to $725 a year.

This assumes the dog doesn’t run into any health problems.

Unfortunately, French bulldogs are genetically predisposed to certain health conditions, just like many other breeds.

If your French bulldog ends up getting sick or injured, it can lead to expensive vet visits.

If you leave a Frenchie alone by the pool and he falls in, you may end up paying for care for any damage caused by drowning.

French bulldogs also have a predisposition toward breathing problems thanks to their flat faces.

If you notice the dog wheezing and having a problem breathing at times, it’s time to visit the vet.

Other conditions that sometimes develop include:

Vet bills associated with a serious health condition can be extremely expensive, depending on the condition. 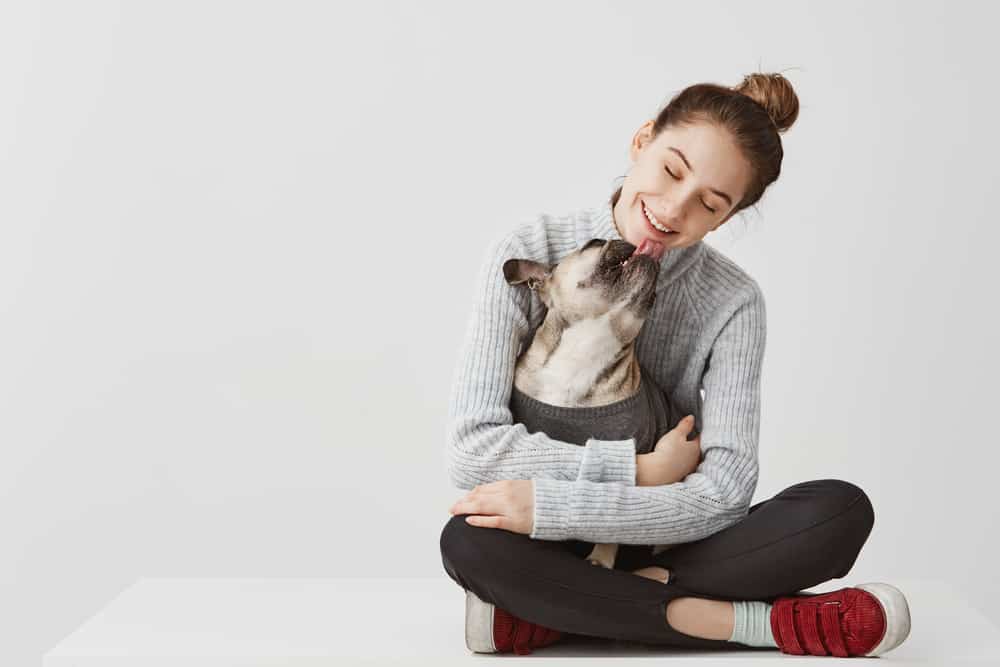 Many studies have come out in support of owning dogs as a way to improve general physical and mental health.

Dogs force owners to get up and walk them every day.

This can help with weight management and heart health.

Having a dog around can also give someone comfort when they experience anxiety, decreasing stress levels (which can also be good for the heart).

That’s why many people elect to register their dog as an emotional support animal.

Emotional support animals get special allowances not applied to regular pets, such as the ability to fly with their owners on some airlines.

Emotional support dogs don’t have all of the same benefits as service dogs, which are dogs trained to help people with physical conditions, such as blindness. 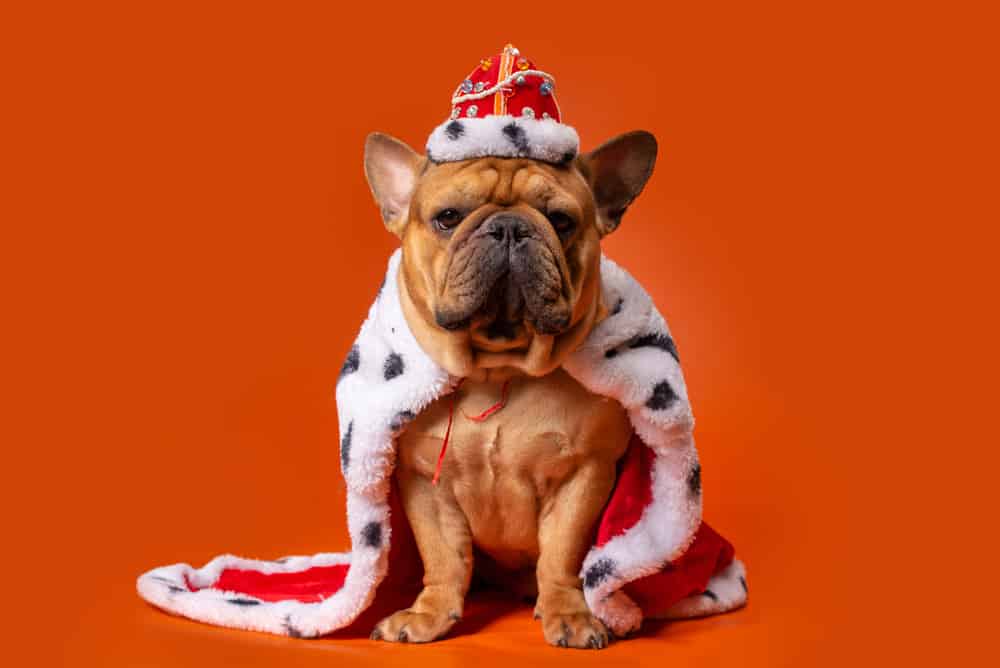 People love to get the same dog that they see their idols with, and many royals and celebrities voice their love for their furry companions.

Some of the dogs even played a role in some of the most infamous moments in history.

On that tragic July night in 1918 when the Bolshevik revolutionaries murdered the entire Romanov family, including the dog.

Royals weren’t the only ones who appreciate French bulldogs.

Many celebrities today have French bulldogs they love dearly.

Some celebrities with French bulldogs include:

When celebrities and popular people, such as royals, put their name on something, people want to have it, too.

This helps increase popularity and, as we explained, price. 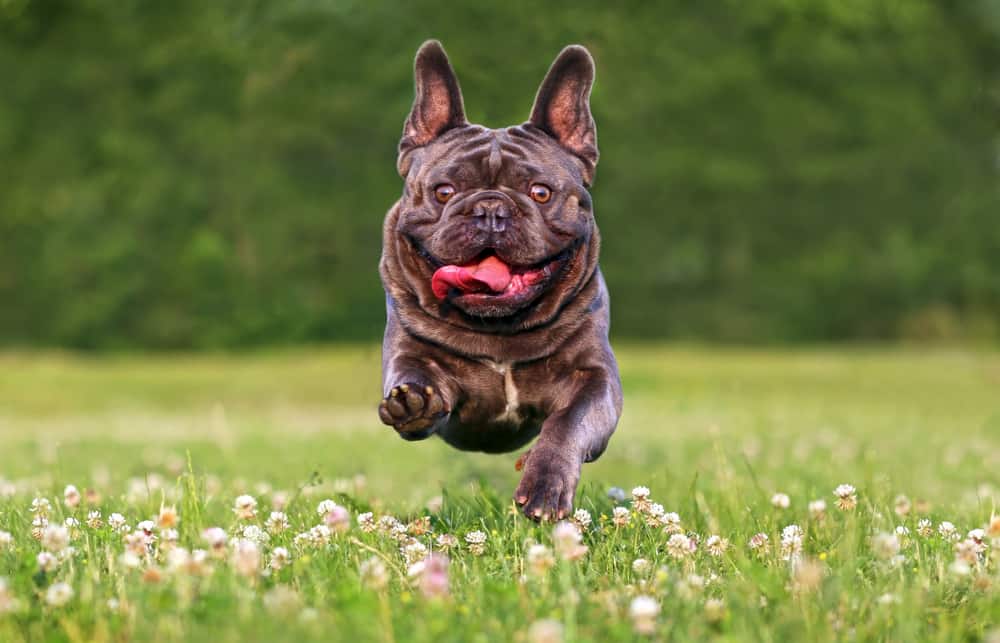 French bulldogs are known for their amazing personalities.

As dogs specifically designed for companionship, they develop relationships with their owners quite quickly.

They enjoy being around people, including children, making them appropriate for families.

Since French bulldogs like people so much, they can experience separation anxiety if left alone for too long.

Always have someone check on the dog if you plan to leave it alone for an extended period of time.

They are also easy to train thanks to their easy temperament.

Finally, they don’t bark at every little thing like a Chihuahua.

What’s worth more than just a great personality?

If you have a love for French bulldogs, it will cost you quite a bit to get one.

However, most owners would pay even more for their cute companions.

People from history brought them into popularity, and they remain just as popular today.

Whether you like them for their ears or their great personality, just remember to take the additional expenses into consideration, too.

Now, what will you name the little guy or girl?

Why Are French Bulldogs So Expensive? (Top 10 Reasons)